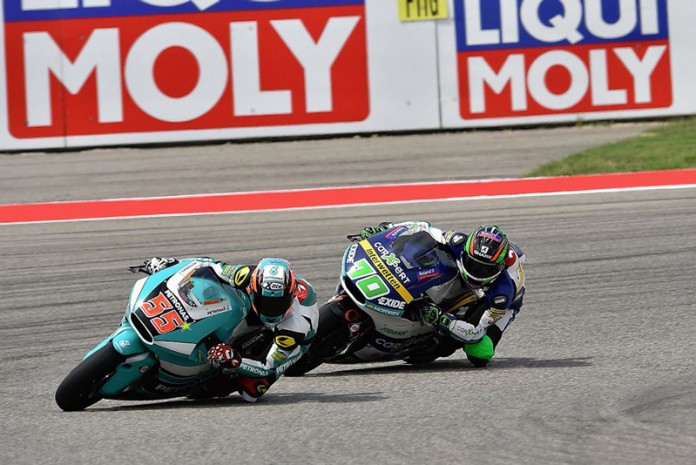 Hafizh Syahrin Abdullah delivered his best performance since stepping into the Moto2 World Championship as he rode to a sensational sixth place finish in the Red Bull Grand Prix of the Americas on Sunday.

The jubilant youngster gave his Malaysian fans something to shout about when a rocket start and a close fought battle with reigning Moto2 champion, Tito Rabat, Franco Morbidelli and Mika Kallio saw him cross the finish line in 41’59.733s at the end of the 19-lap race, topping his best result of a seventh place finish at the Indianapolis Grand Prix last year. Meanwhile Speed Up Racing’s Sam Lowes bounced back from three large crashes earlier this weekend to secure the Moto2 chequered flag in 41’45.565s. 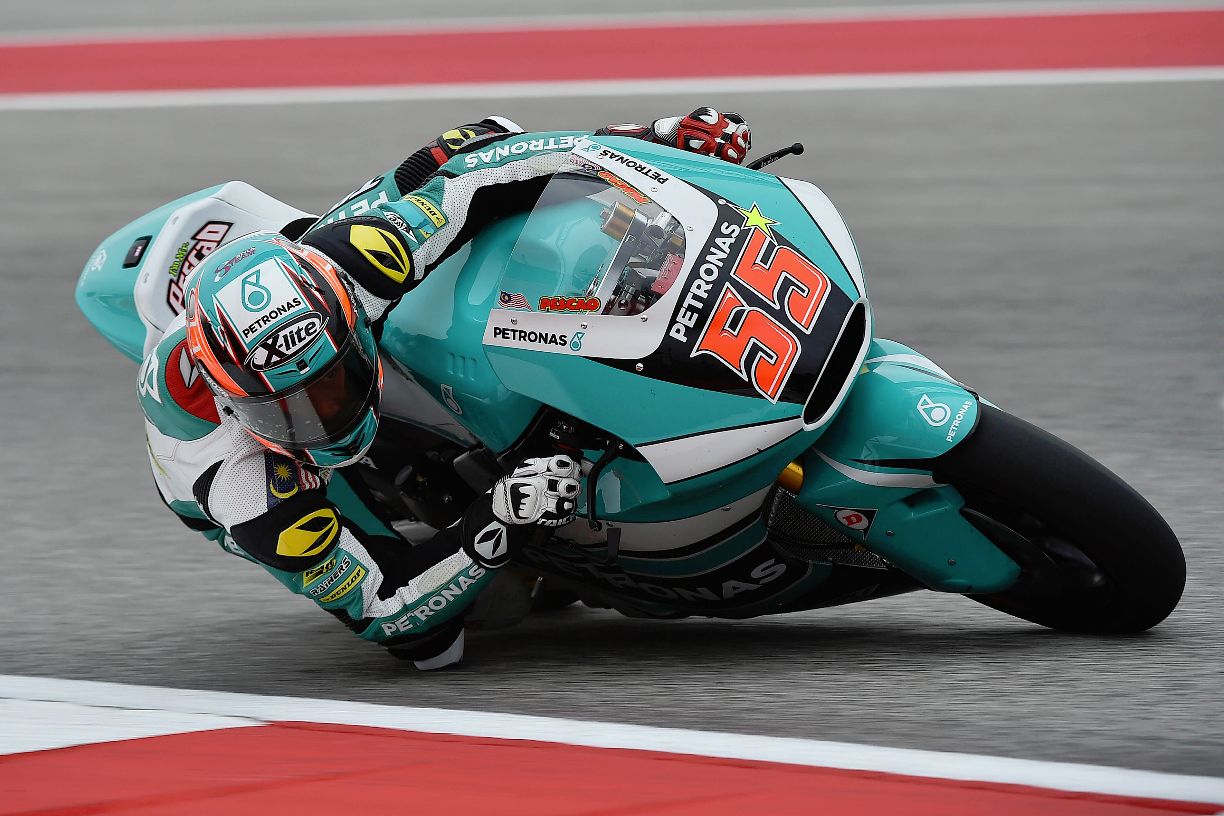 Coming in sixth is Hafizh’s best ever result on a dry track, benefiting greatly from a year of learning in 2014. He already has a reputation as a confident wet rider but could now become a regular top ten contender in all conditions.

“This is my best race so far. I am extremely happy with the results and many thanks to my crew who worked tirelessly round the clock on Friday night to fix my bike when I had handling issues with it. I always love racing in America as I have always done well since winning the Harley Davidson race two years ago. I shall try to keep the Malaysian flag flying in next round in Argentina,” said an elated Hafizh. 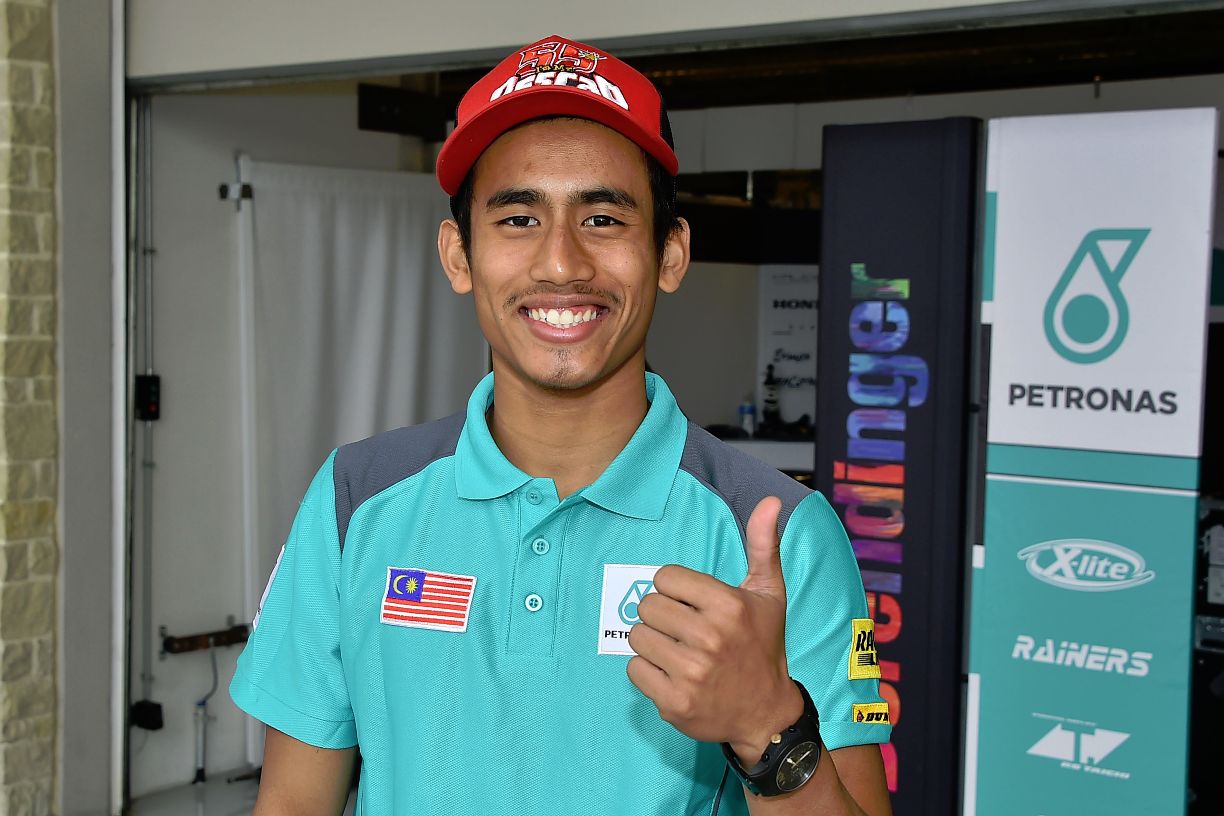 PETRONAS Raceline Malaysia’s manager, Barry Leong who was proud of Hafizh’s impressive race pace commented, “No doubt Hafizh Syahrin was awesome here and right from the start he locked himself with the front-runners. That was our strategy because we knew he could ride and stay with the leaders when the track temperature was low at the start.

“However, he made a slight mistake in lap 5, taking the last corner too wide and Franco dived in and almost took him out. That costly incident separated Hafizh from the top five. Fortunately, our boy fought courageously with the next group and emerged in front at the finishing line. This has been a great outing for the team. We worked hard over the winter break and we hope this is the beginning of more positive results to come.”

With this strong finish, Hafizh collected 10 points and moved himself to ninth overall in the Championship Standings.