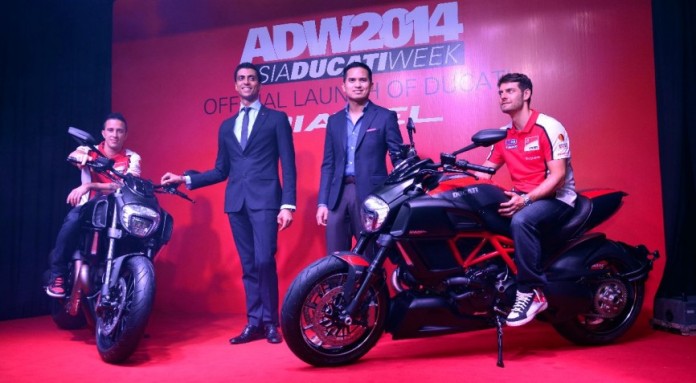 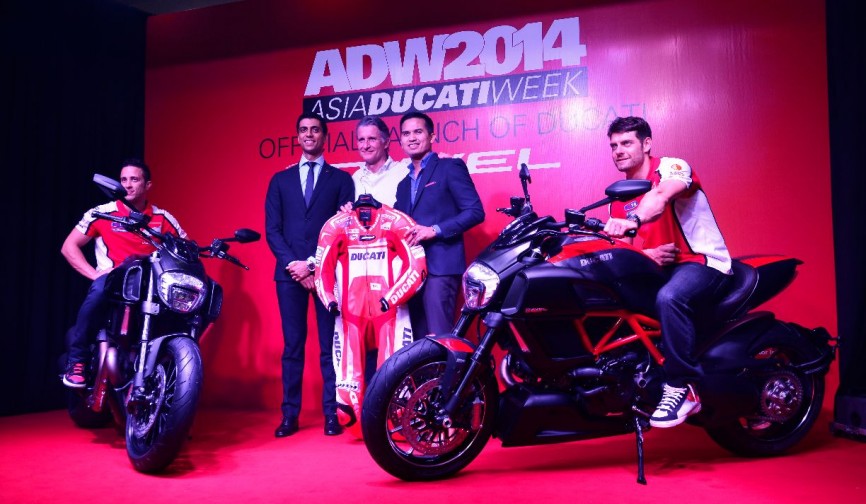 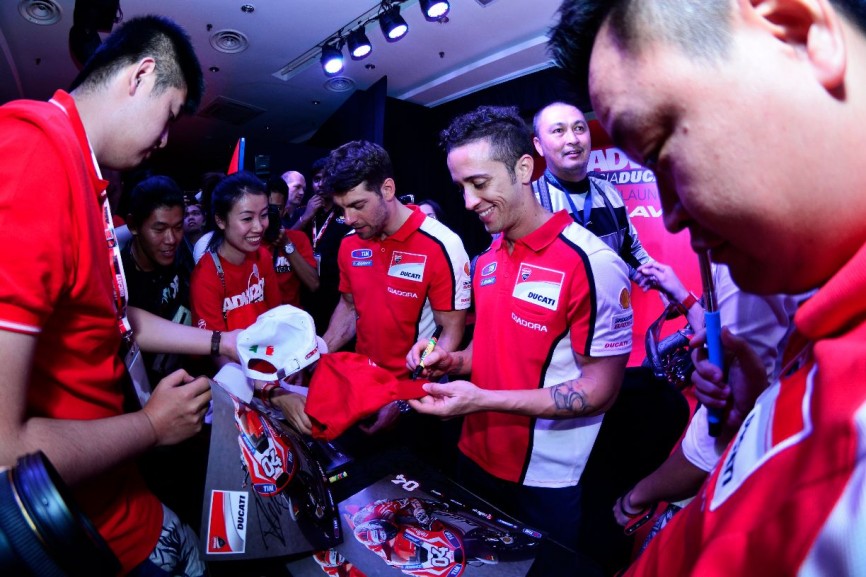 The four men initiated the launch with the reveal of the 2015 Ducati Diavel at a high octane party set high above in the Kuala Lumpur skylines of KL Tower just for Ducati owners. 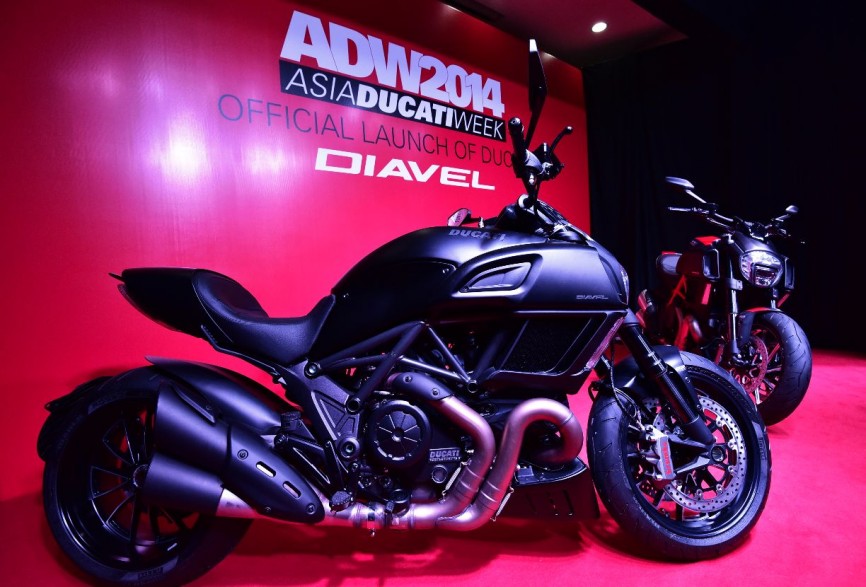 The 2015 Ducati Diavel still maintains the muscular cruiser lines with a few subtle enhancements on the finer details of the bike’s overall design and including a modified Testastretta engine and exhaust system.

“The Diavel plays an important role in our line-up in Malaysia and the 2015 model would further capture hearts of Malaysians as we continue to increase our market share in the premium bike segment and remaining our top position in this category.

At Ducati Malaysia, we continue to incorporate lifestyle elements in our product offering to ensure our customers gets the best”, said Datuk Wira HJ SM Faisal.He also mentioned that they will be bringing the Ducati Riding Experience back in 2015. 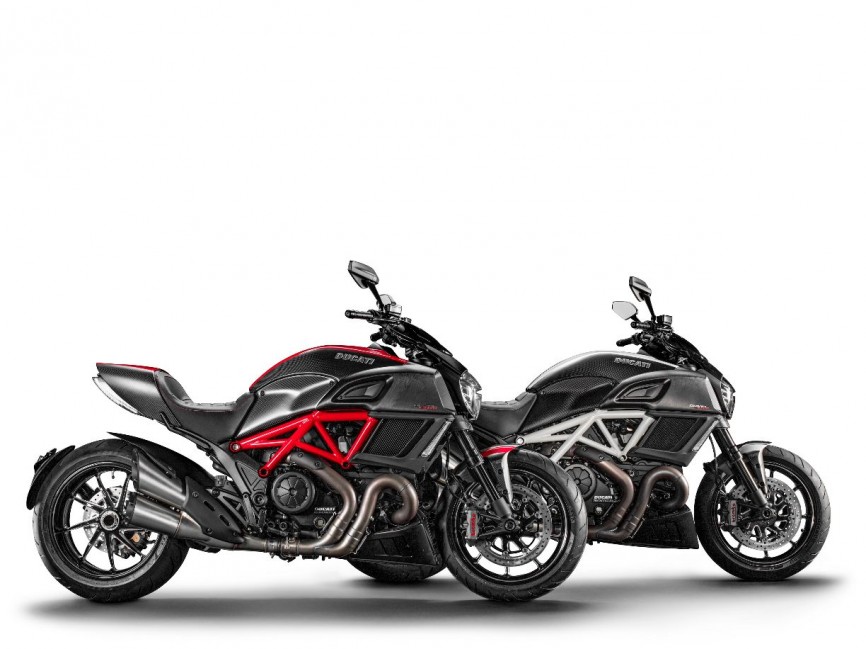 The 2015 Diavel is said to feature 162hp at 9250rpm gained from the 1198cc liquid-cooled Dual Spark engine but at the same time its easily controlled mainly thanks to the Ride-By-Wire system. 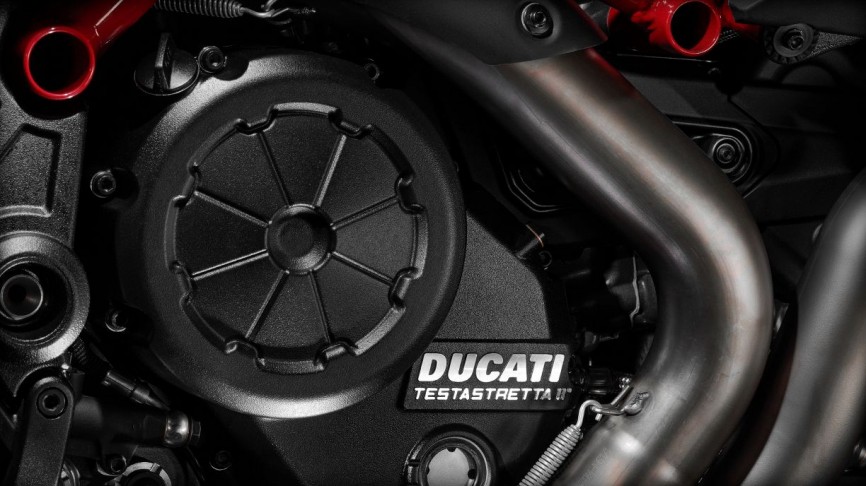 The low end torque have been improved by a revised intake and exhaust ports together with a radical adjustment of the cam timing. This also broaden the usable torque through a wider rpm range. 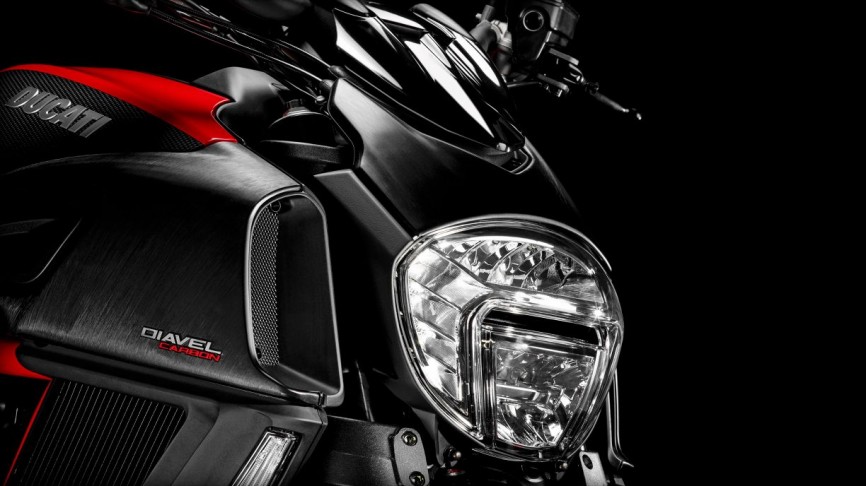 Bigger intake ducts, longer twin-level seats and revised split level instrumentation are some of the exterior changes, along with the LED headlight. The Ducati Diavel is set at RM109,888 while the Diavel Carbon is available at RM126,888.