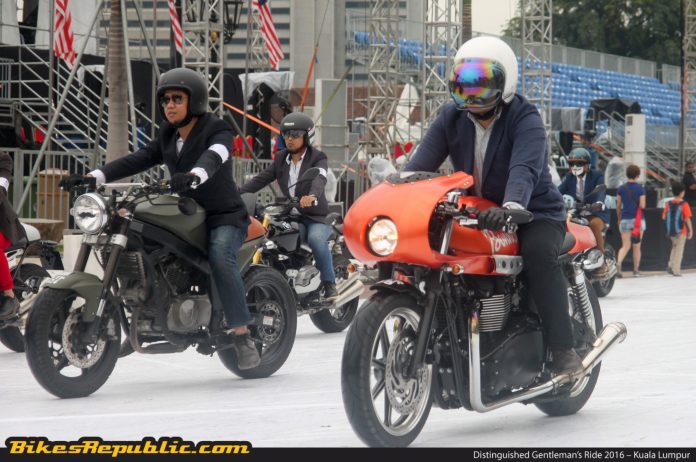 Recapping the Distinguished Gentleman’s Ride 2016 held in both Kuala Lumpur and Penang.

Last Sunday on the 25th Oct 2016, the streets of Kuala Lumpur and Penang travelled back into time slightly. A lot of finely dressed gentlemen were seen everywhere on a variety of classic looking and vintage motorcycles. These men were all dressed up in their finest clothing for one thing and one thing only – the Distinguished Gentleman’s Ride (DGR). 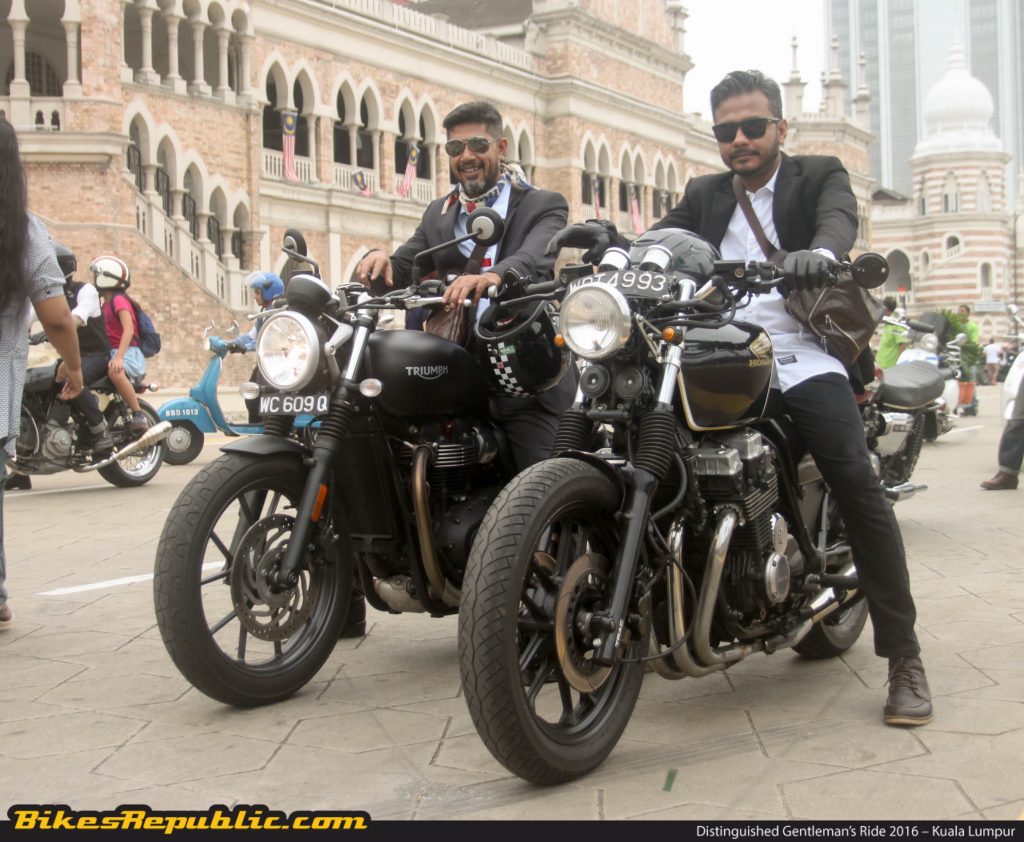 What is the Distinguished Gentleman’s Ride?
DGR is actually an international charity event. Fine men all dressed up in their best suits ride their classic and vintage styled motorcycles all around the world. The purpose is to raise awareness and also funds for the Movember Foundation’s men’s health programs. The initial charity goal was to donate the proceeds for the research of local and global prostate cancer, and now, suicide prevention has been added to list. 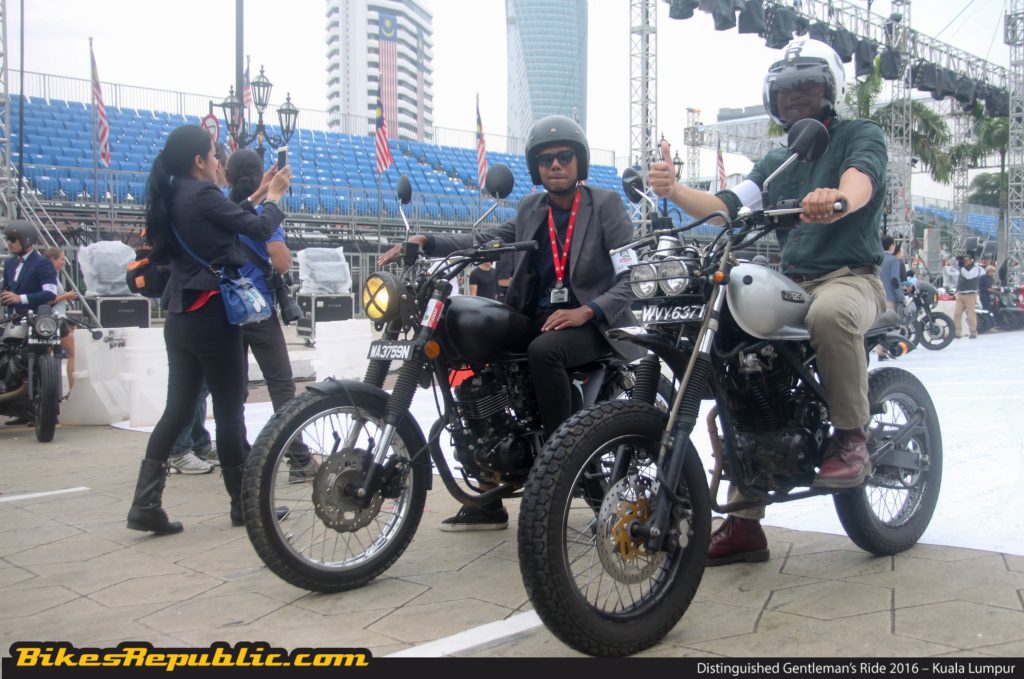 The Movember Foundation, the world’s largest men’s health organisation, is committed to helping men live happier, healthier, longer lives. Since 2003, millions have joined the men’s health movement, raising US$715m and funding over 1000 projects focusing on prostate cancer, testicular cancer and suicide prevention. Their vision is to create a world where men are socially connected, comfortable talking about the big things in life and able to take action early if and when health issues arrive. 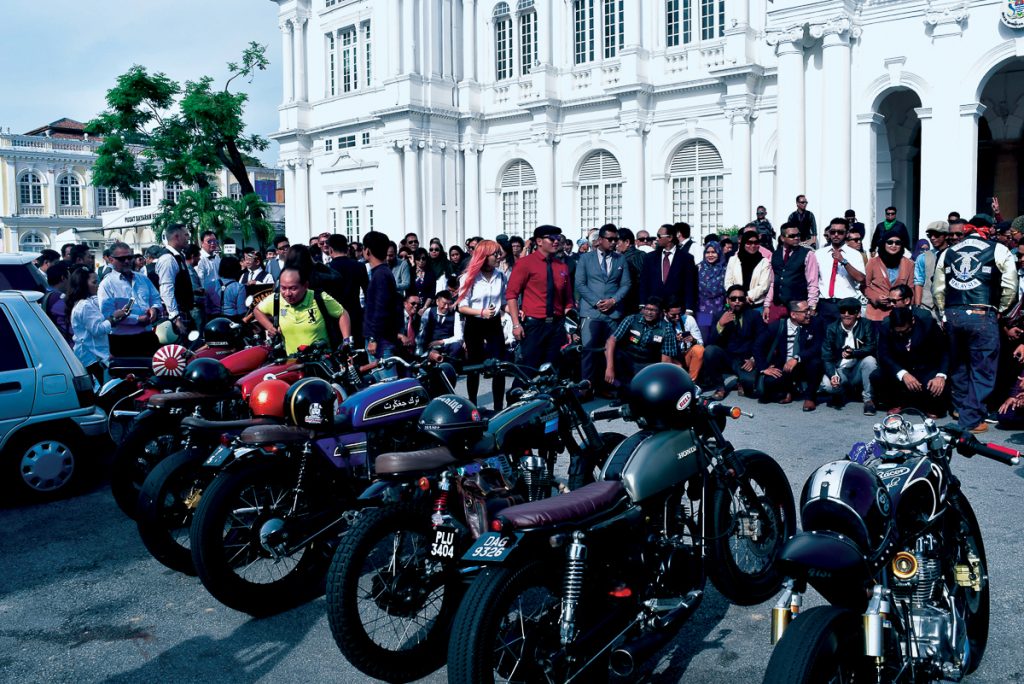 The founder of the ride, Mark Hawwa from Australia, was actually inspired by Don Draper from the TV series Mad Men. A photo of Dan Draper on board a classic bike while wearing his best suit started it all. He organised this themed ride with hopes to change the negative stereotyping of men on motorcycles while at the same time connect motorcycle communities for a good cause. 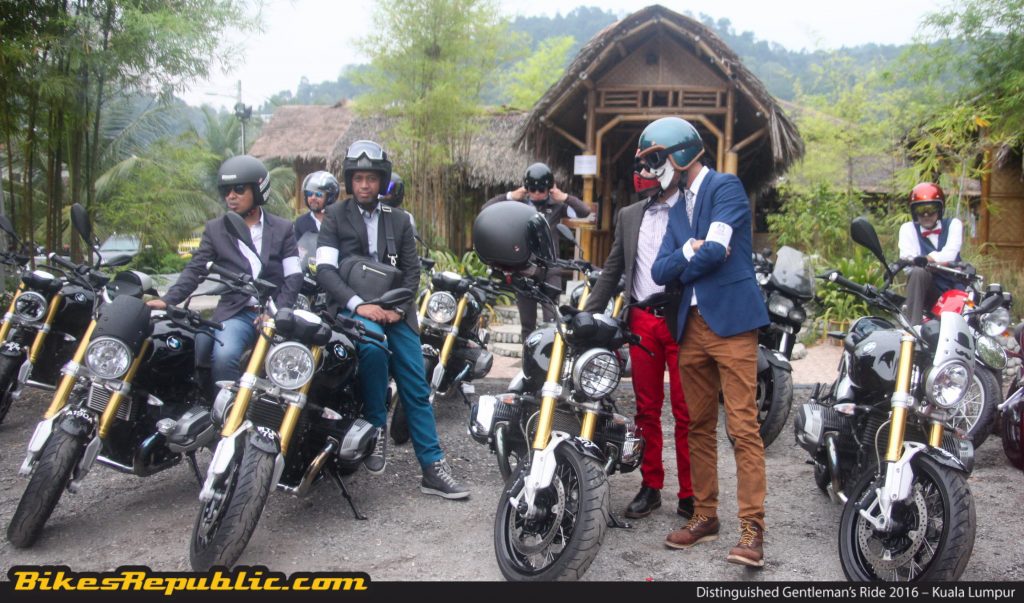 This themed ride for charity started in 2012 with only 2500 riders across 64 cities all around the world. This year’s ride saw a whopping 56,579 registered riders from over 500 cities across 90 countries united in style and their love for motorcycles for a good cause; to help those gentlemen in need. This has made the Distinguished Gentleman’s Ride the world’s biggest (and most stylish) motorcycling charity event yet. 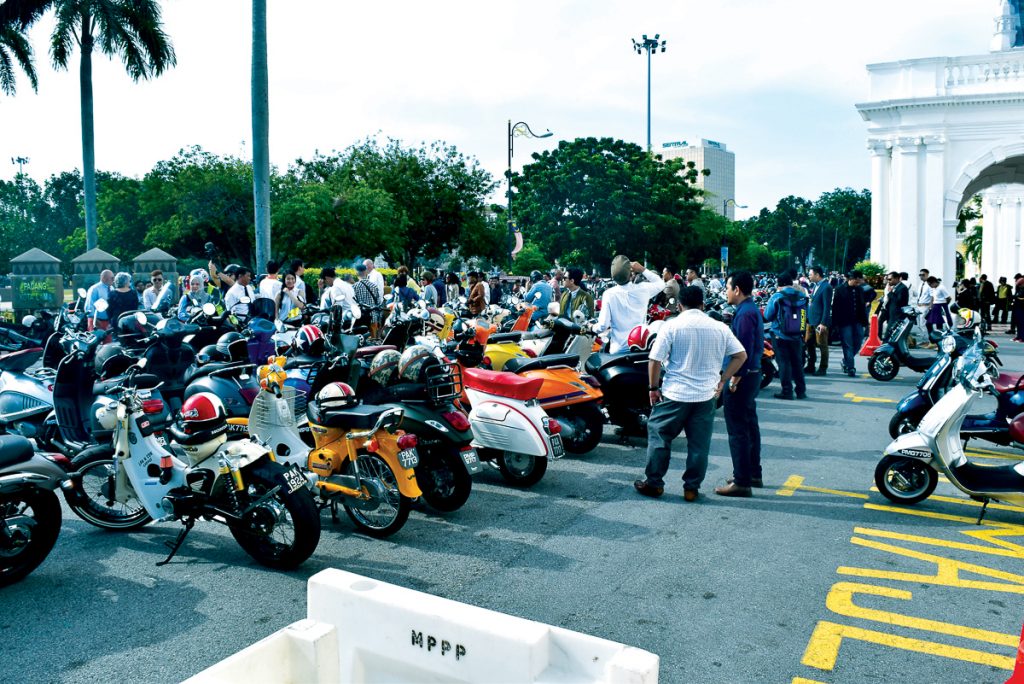 The ride’s target for 2016 is to raise USD5 million and so far, the riders from all over world have managed to donate approximately USD3.3 million USD: an impressive feat for these fine-looking gentlemen. These were also possible thanks to the major supporters of the ride, Triumph Motorcycles, Zenith Watches, Hedon Helmets and Undandy Footwear. 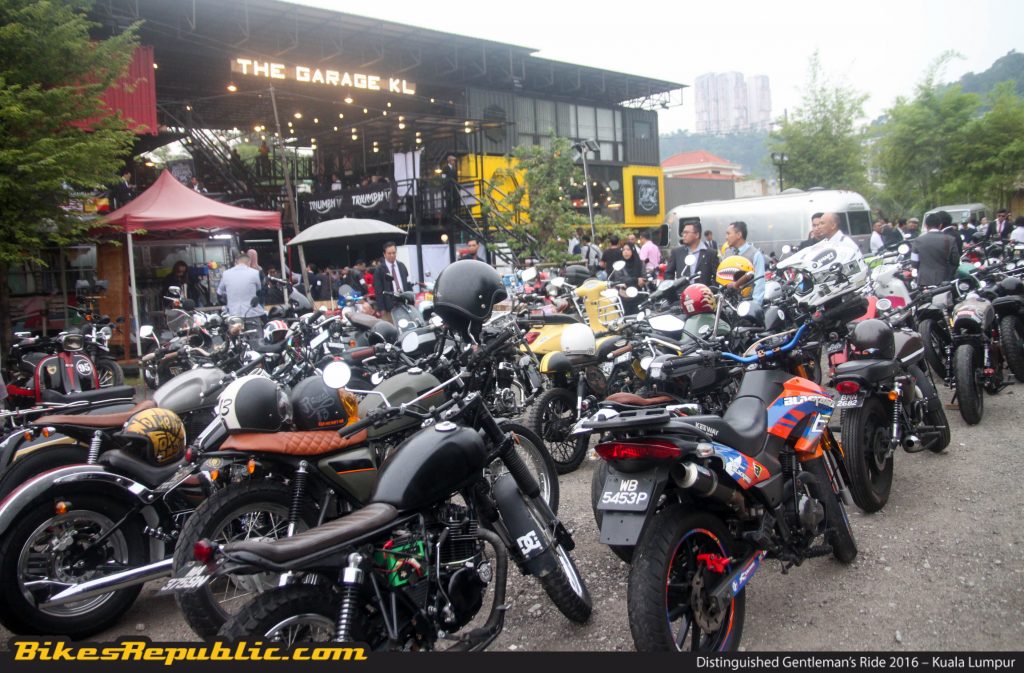 Kuala Lumpur Ride
The ride organised in Kuala Lumpur by local outfit Naked13 started early last Sunday where all the riders gathered at The Garage KL in Ampang. The event was launched at 9am and a total of 453 riders registered for the event. Looking at the carpark at The Garage, one can easily see that there were actually over 600 motorcycles of different makes, shapes, sizes and colours. 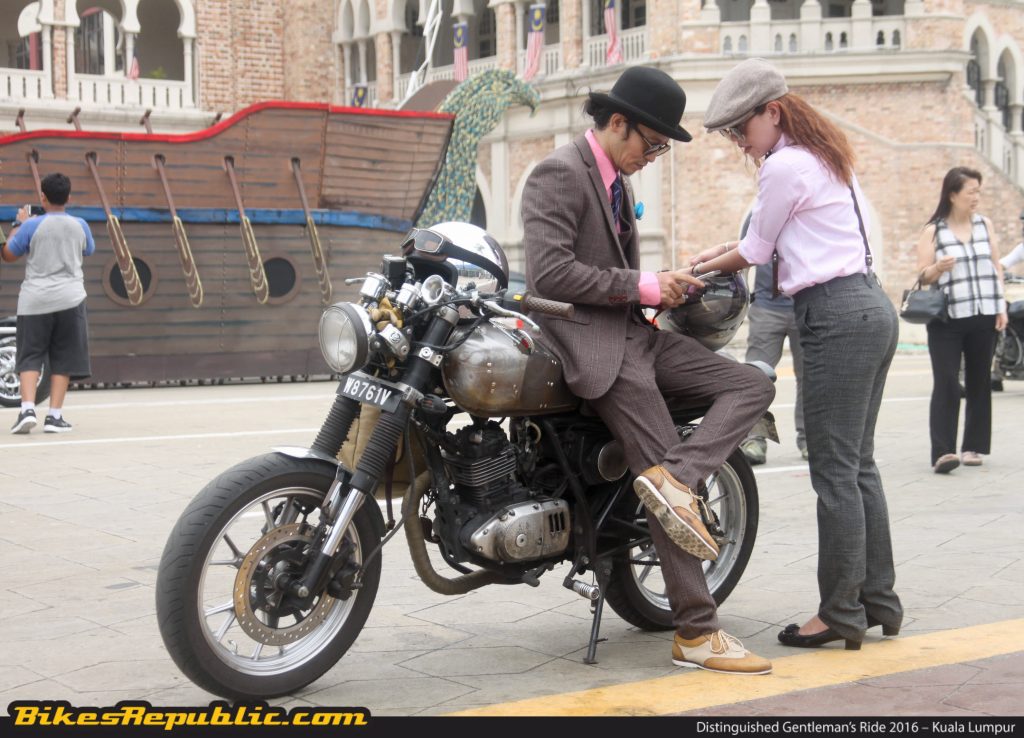 Dapper men and women were seen all over the place before the convoy began heading their way to Dataran Merdeka. The ride was simple, but when everyone gathered at Dataran Merdeka, the scene was electrifying. Cafe’ Racers, bobbers, classics, trackers, scramblers, old school choppers, modern classics, classic scooters and many more were seen all in one place. 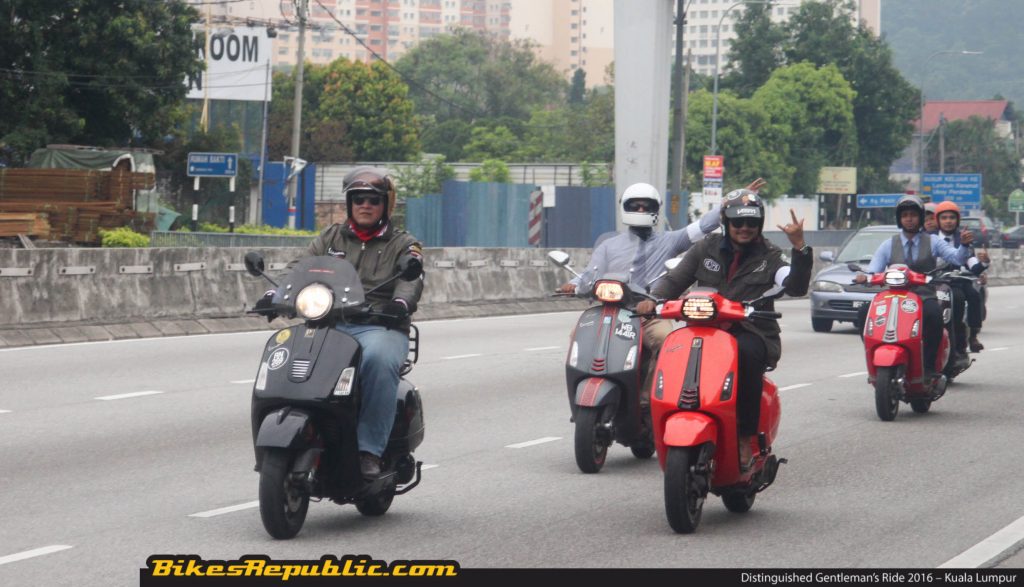 I myself rolled with a small fleet of modern Vespa scooters alongside our friends from Moto Aladdin. 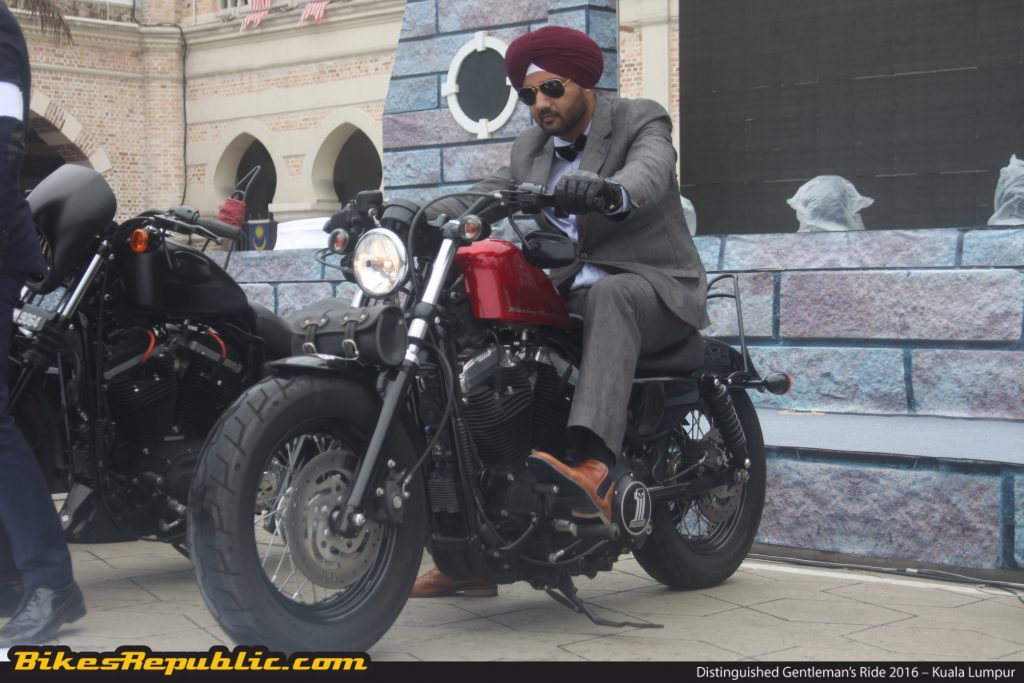 Our very own managing editor Keshy Dhillon also took part in the KL ride. The best part? He not only had a suit on, he also donned a traditional Punjabi turban whilst riding his prized Harley-Davidson Sportster Forty-Eight. Now that deserves an award, no? 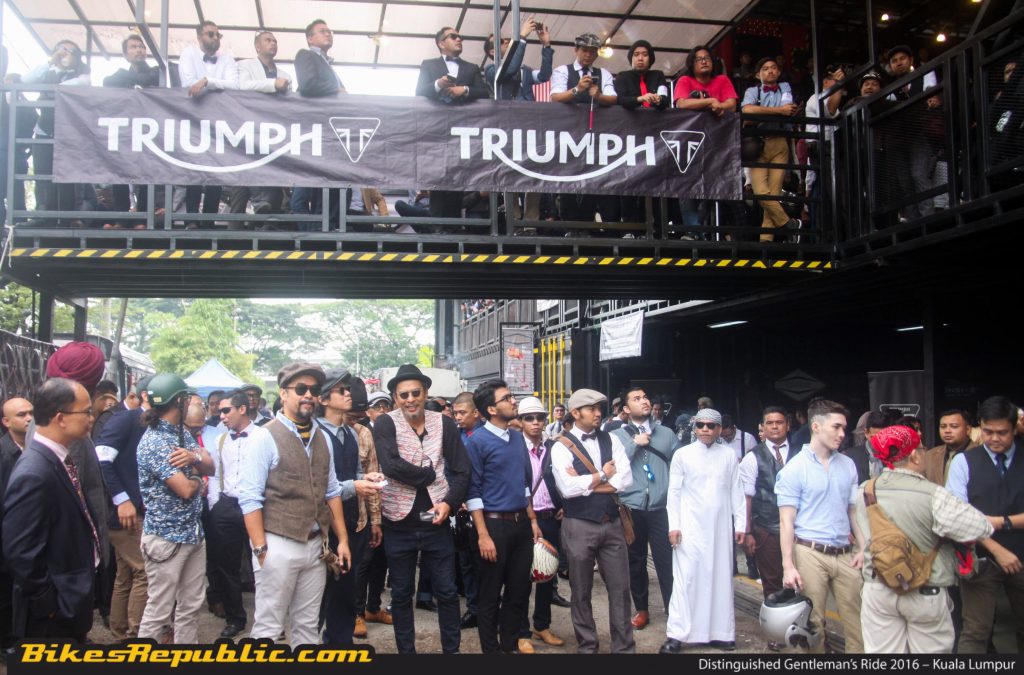 The convoy then headed back to The Garage where lunch was served with a few performances, and the day ended with lucky draws and awards ceremony to the chosen winners of the ride. In total, the Kuala Lumpur ride managed to collect US$2,058 (approximately RM8,500) to be donated. 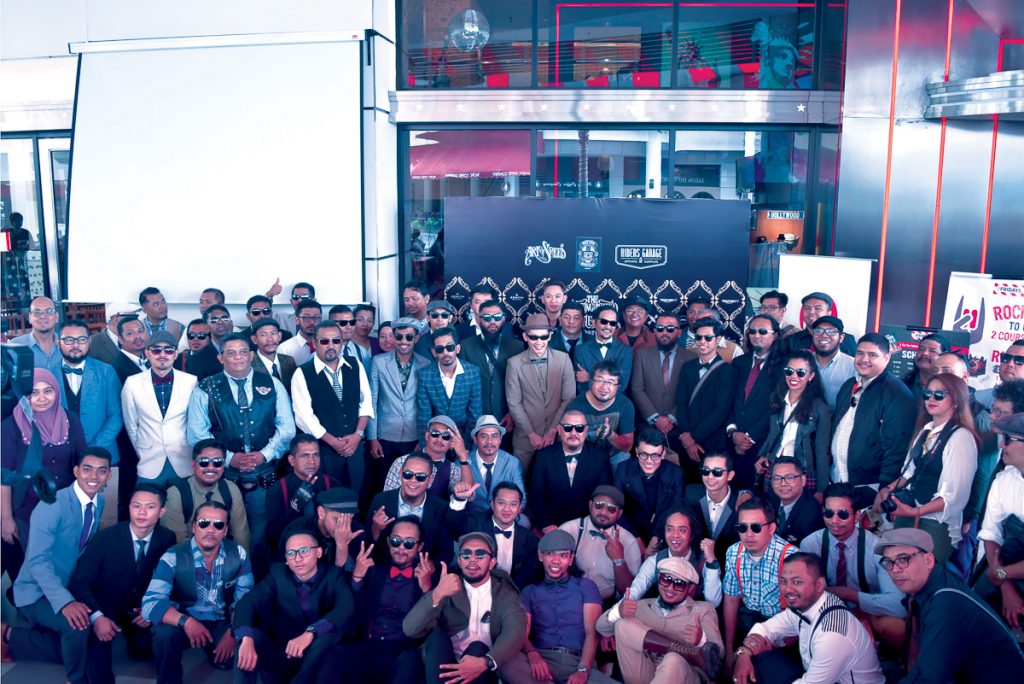 Penang Ride
Riders Garage and Rotten Motocycles jointly organised the DGR Penang edition with full support from Art of Speed Malaysia. The Penang convoy was a bit more exciting where the well-groomed riders toured around the UNESCO Heritage City of Georgetown from morning to afternoon. 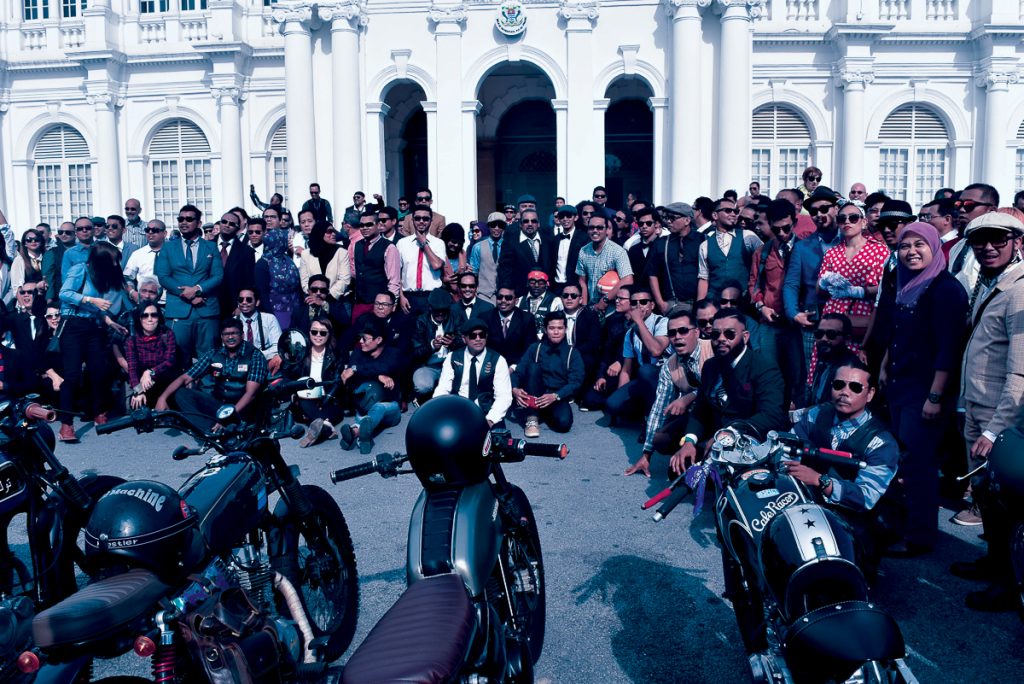 The ride pushed-off from Hin Bus Depot and made stops at Heritage buildings for photos, leading to curiosity from the public and spreading awareness. The Penang ride ended at Gurney Paragon for refreshments and an awards presentation. 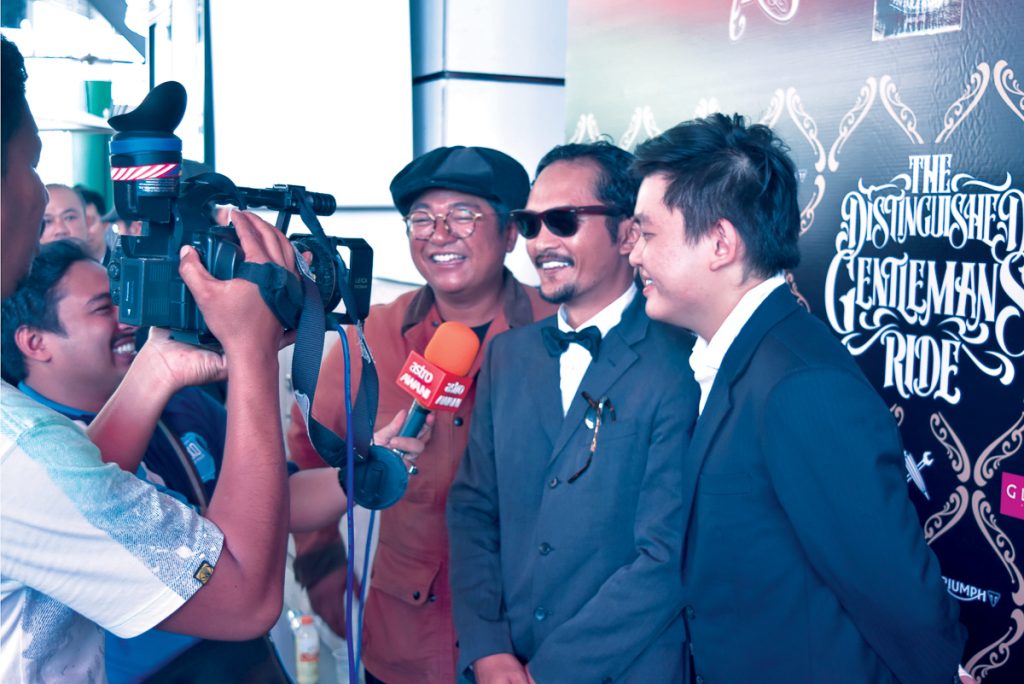 Wan Zamani Ahmad, the founder of Rotten Motocycles, a local Penangite that runs a motorcycle restoration and custom work rallied the call for actions to all motorcycle communities based in northern regions including; Perak, Kedah, Perlis and Penang to get riders to gear up in suits to join the worldwide event that day.

Meanwhile, Jeremy Leong from Riders Garage ensured DGR Penang remained a 100% non-profit event that does not collect any cash fees from riders on the day itself. The entire event was handled by volunteers. 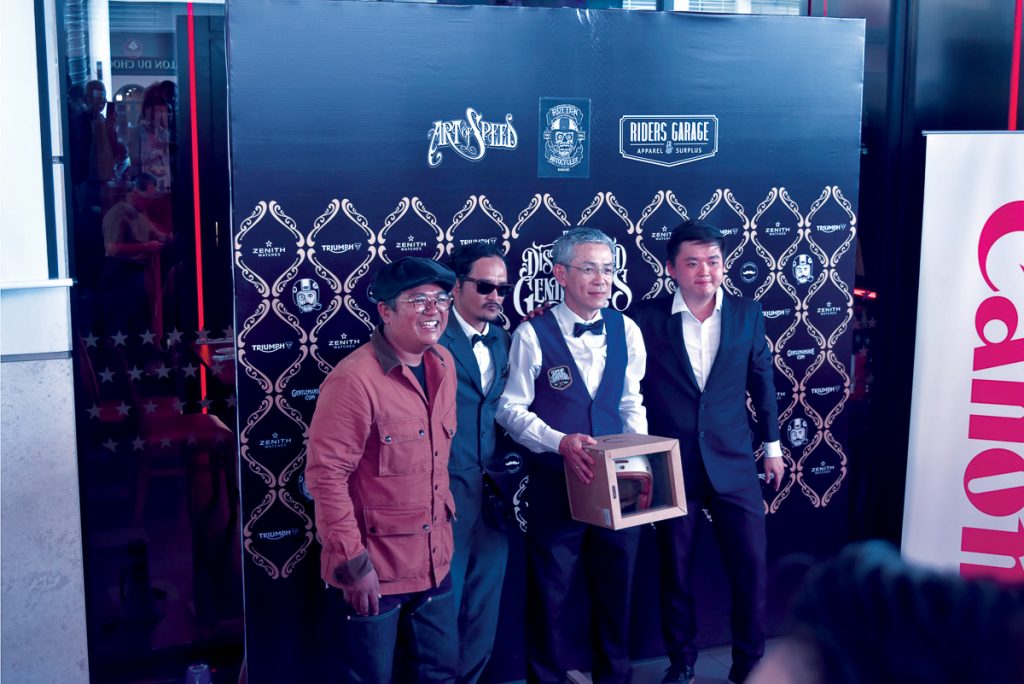 With the two gentlemen hosting the Penang edition, Art of Speed Malaysia came on board to assist with their event expertise & marketing strategies to materialise their effort. The DGR Penang recorded the highest donation in Malaysia with US$3,921 (approximately RM16,500) where the majority of the donation came from a Mr. Wong Woon Cheow with a donation of US$2,203 (approximately RM8,500). With the highest donation in Penang, he became the recipient of a brand new Hedon Helmet.

Other rides in Malaysia that were conducted in Kota Kinabalu, Kuching, Labuan and Miri also contributed for the cause and helped with creating more awareness across the country. All in all, the Distinguished Gentleman’s Ride was a great success here in Malaysia. As the saying goes, “It’s not about the destination, it’s about the ride”.

(Photos by Quan S. Chow for Art Of Speed Malaysia)