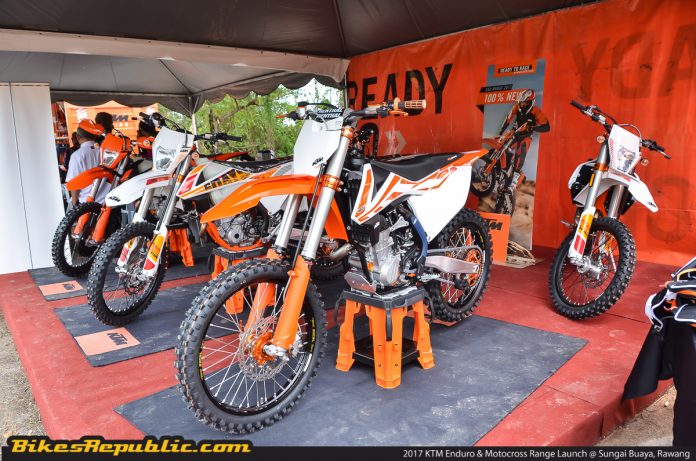 As part of its on-going re-energising efforts, KTM Malaysia held a special press launch earlier today where the firm introduced the 2017 KTM Enduro & Motocross range for the local market. 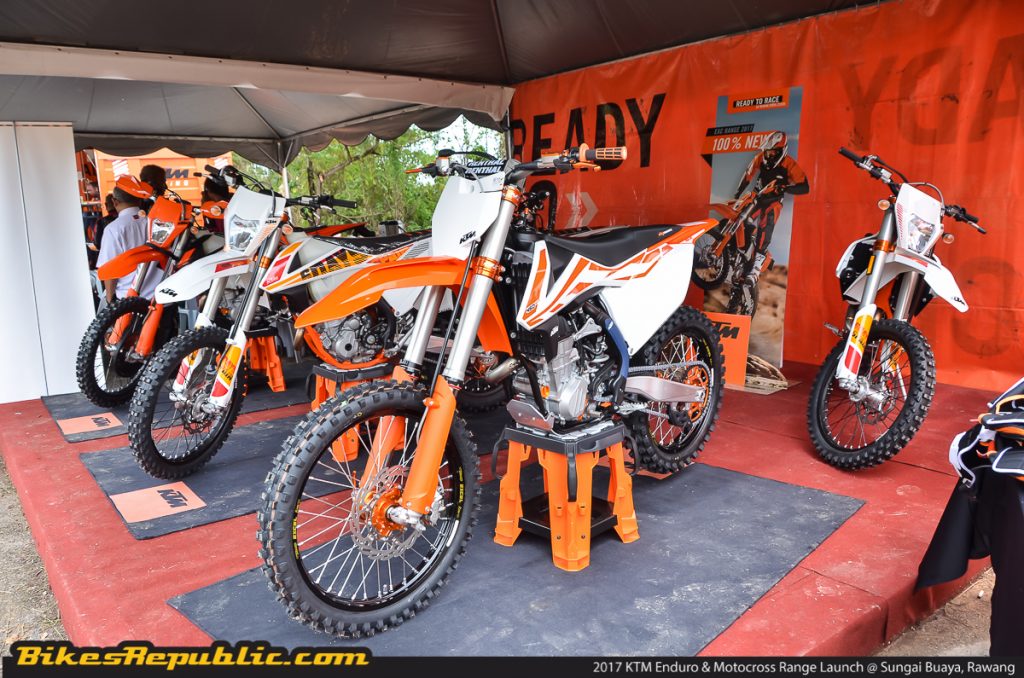 The move sees KTM Malaysia continuing what KTM Malaysia CBU previously offered prior to its integration into the main KTM Malaysia umbrella last year. Eight models were introduced with capacities ranging from 250cc to 450cc. 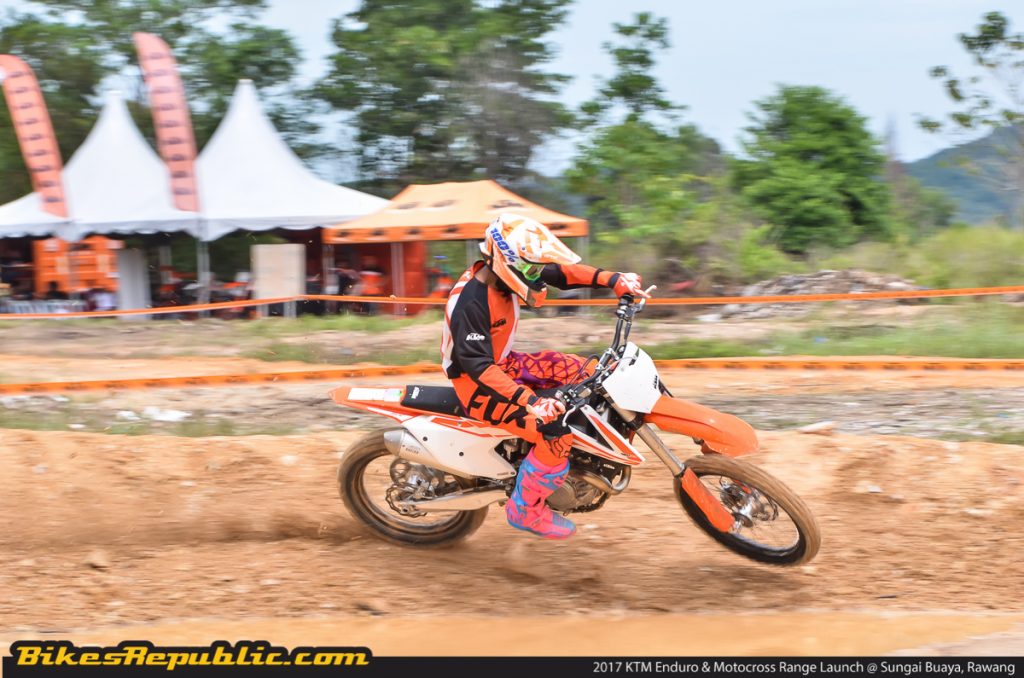 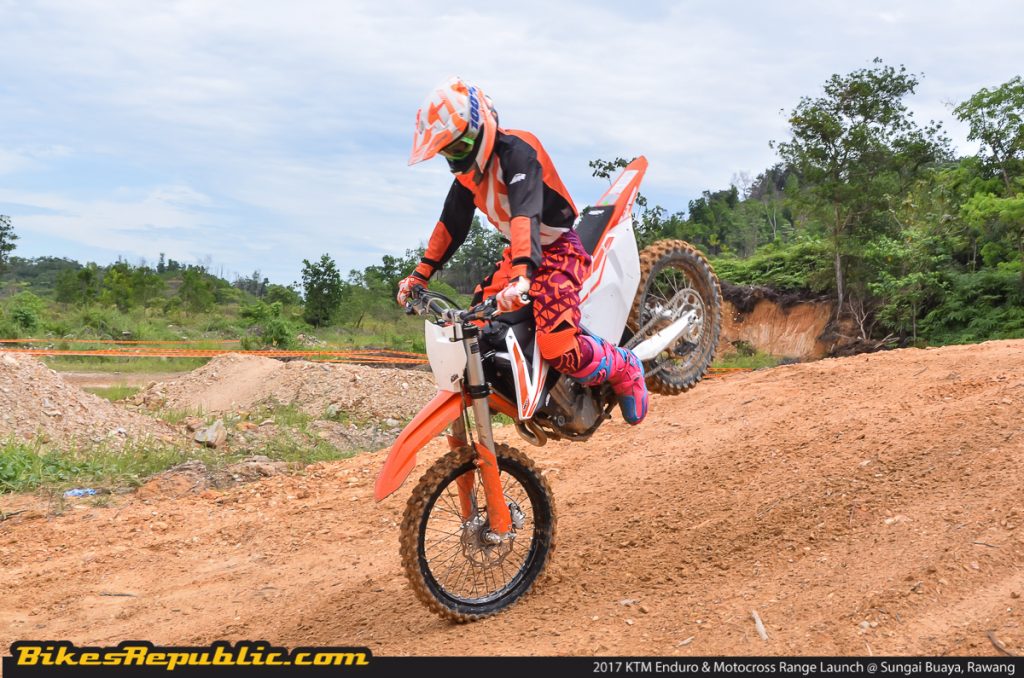 Also on hand here was the firm’s very own motocross and supermoto ace Gabit who was tasked at showing press members the ropes of both the new models and the new purpose-built park. 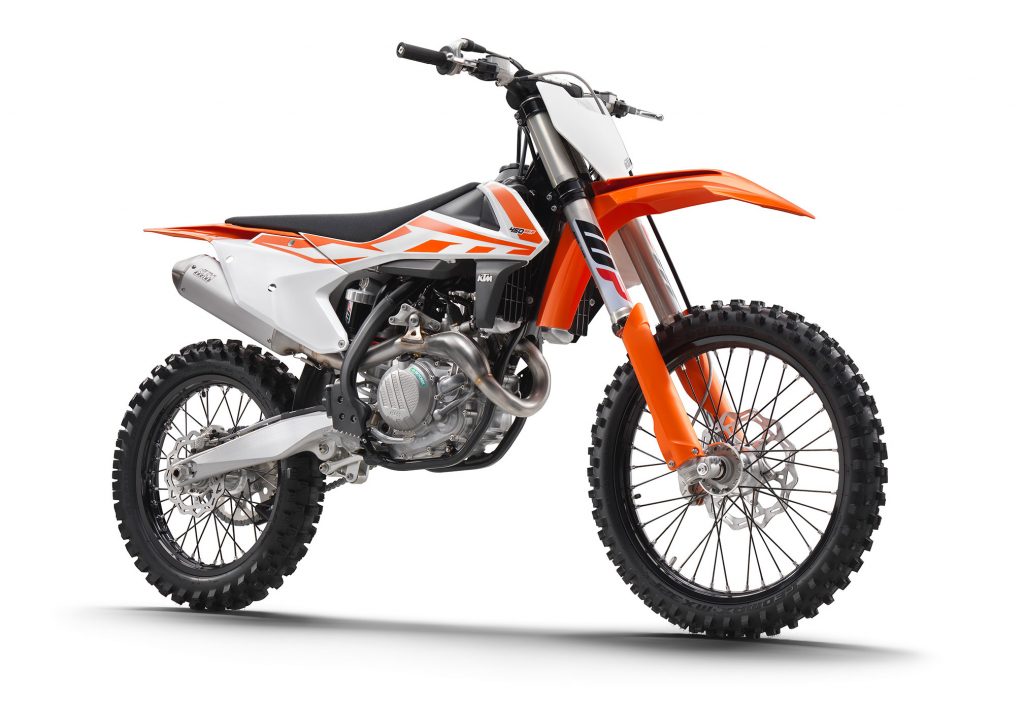 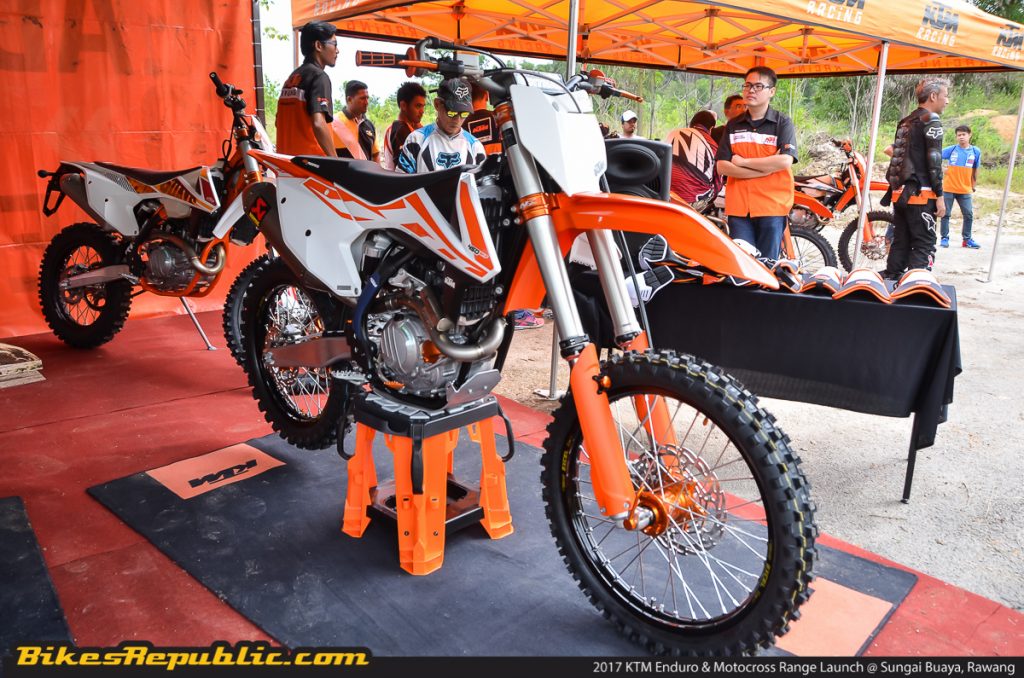 The 2017 KTM 450 SX-F is powered by a 449cc single-cylinder that thumps out an unrivalled power figure of 62hp. Managing that is a four-speed racing transmission that easily brings this bike’s claimed 100.2kg weight up to dirt-busting speeds rapidly.

Not only fully kitted out with various parts and accessories from the KTM PowerParts catalogue, this competition motocross bike also comes with an Akrapovič full system exhaust kit. 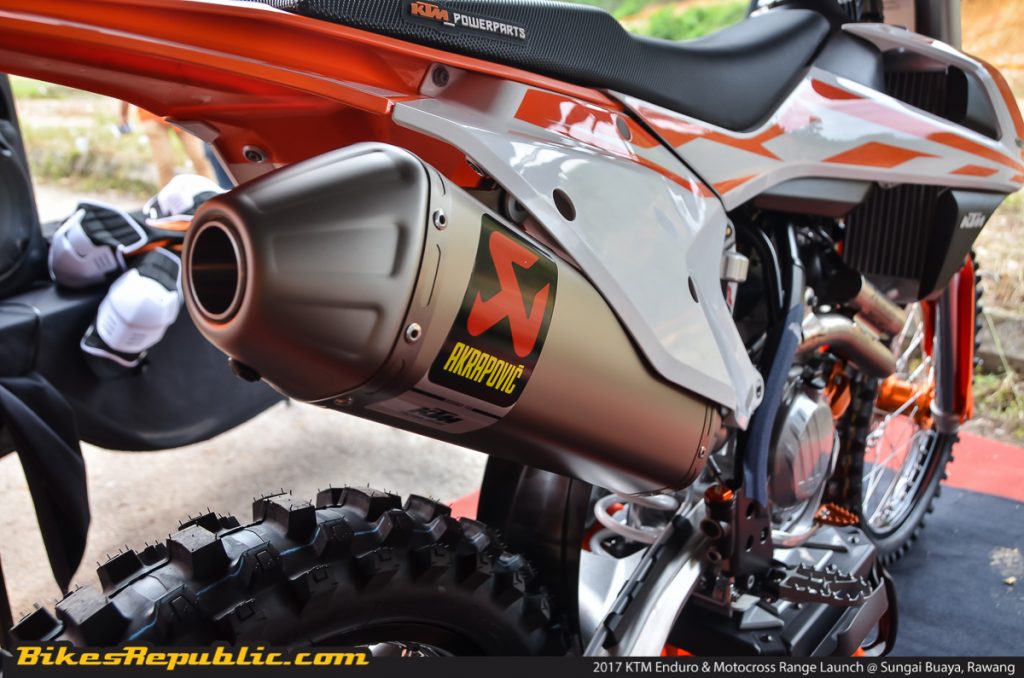 Literally ‘Ready To Race’ out of the box, this thumpy competition bike is not for the faint-hearted. For those without such, KTM Malaysia is retailing the 2017 KTM 450 SX-F at a basic price of RM39,750 (GST inclusive). 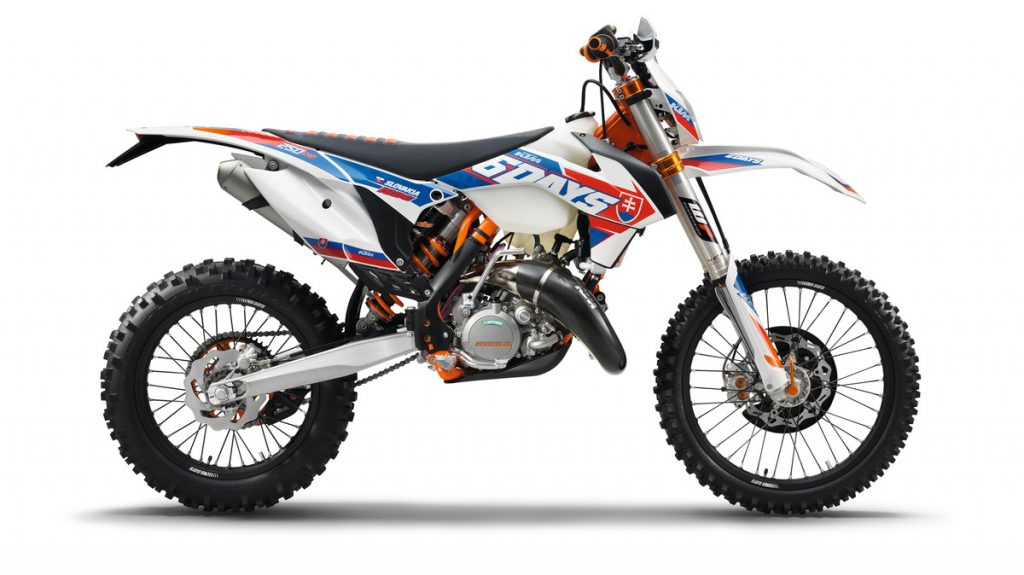 Nevertheless, KTM Malaysia states that this model is now open for orders and production in Austria will kick off next month. This dirt-buster is powered by a 249cc, two-stroke single-cylinder powerplant that KTM promises will have plenty of power and torque to trump its four-stroke rivals.

Paired with a six-speed transmission, this model has a light claimed weight of just 100kg sans fuel. Other notable bits include WP suspension and disc brakes all-round. Priced from RM38,160 (GST inclusive),you can now place your order for this manic two-stroke model with KTM Malaysia. 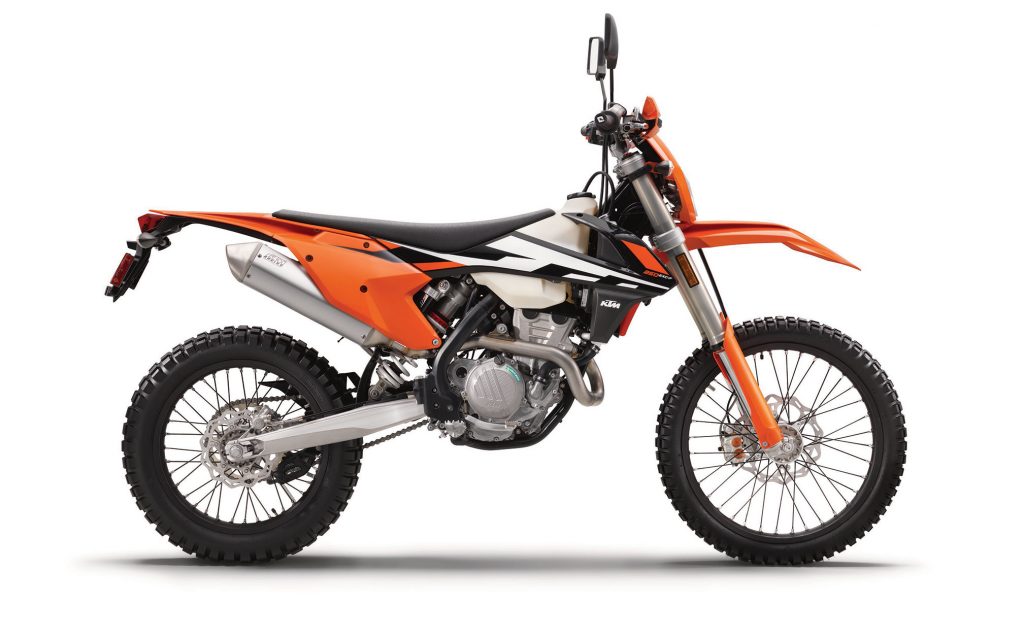 2017 KTM 250 EXC-F
Next comes the first of two quarter-litre four-stroke enduro models, the base 2017 250 EXC-F model. Also new for 2017, this model prides itself at the forefront of its segment thanks to the use of top class components on board. 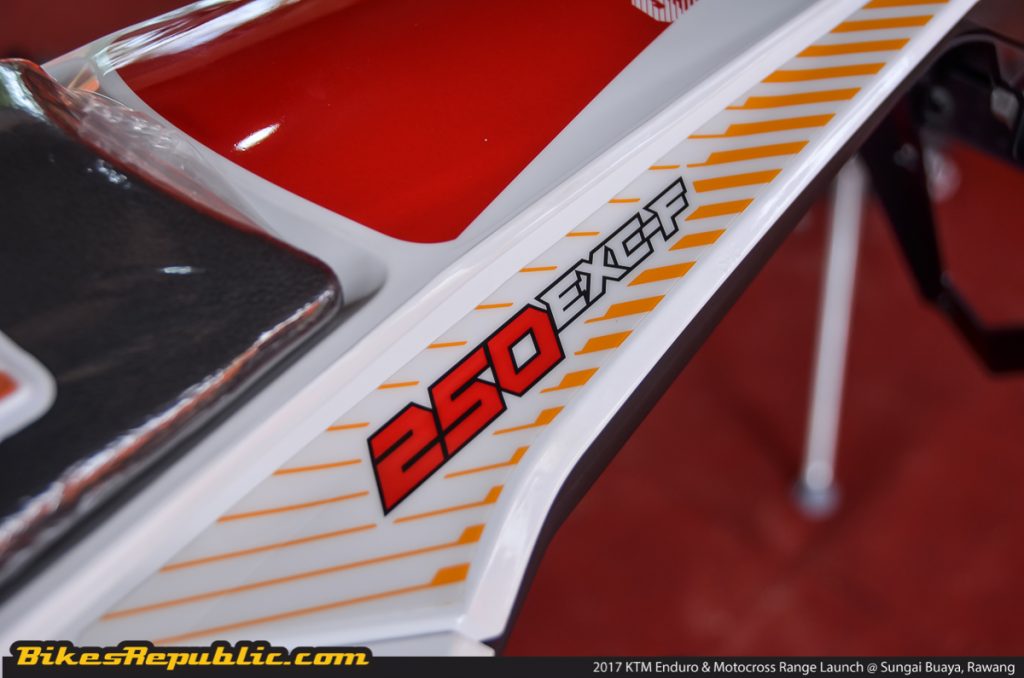 Powering this model is a Euro 4-compliant and thumpy 249cc, four-stroke single-cylinder heart that’s paired with a six-speed transmission as well. It also tips the scale with a feather-light figure of 103kg (without fuel). 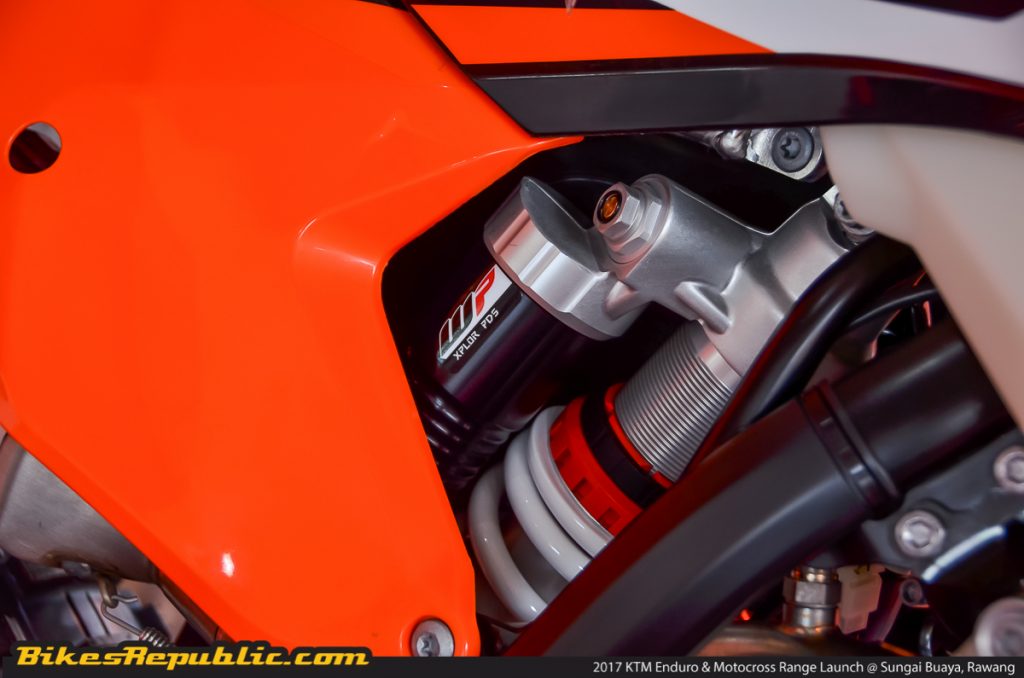 Again, partners WP have supplied the suspension kit for this model’s front and aft, not forgetting the presence of all-round disc brakes plus a Keihin-sourced engine management system.

This is perhaps the best weekend enduro bike for most avid upstarts of this genre. However, you’ll need to meet the 250 EXC-F’s princely retail price of RM41,870 (GST inclusive) first. 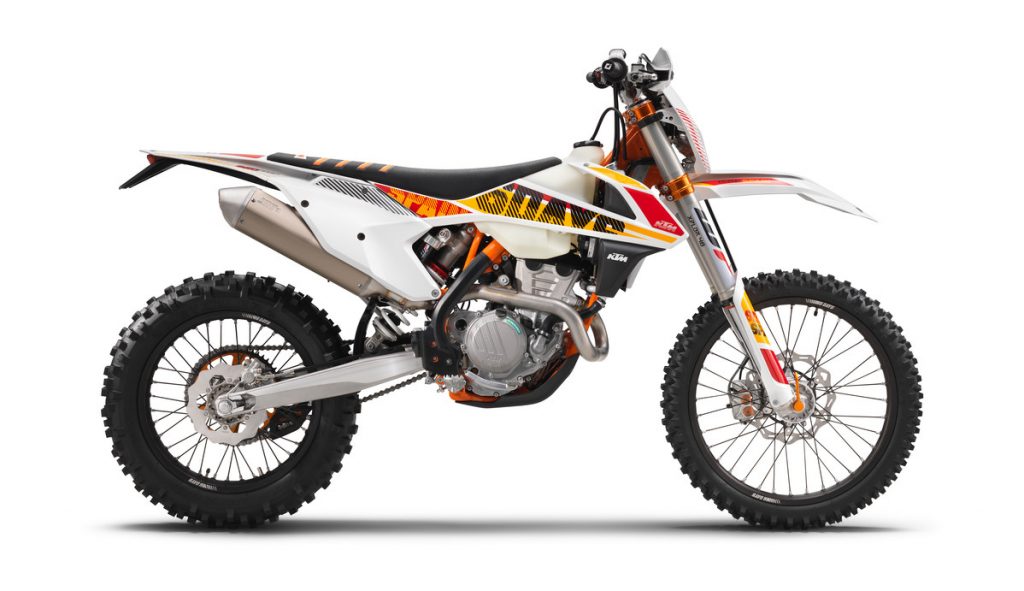 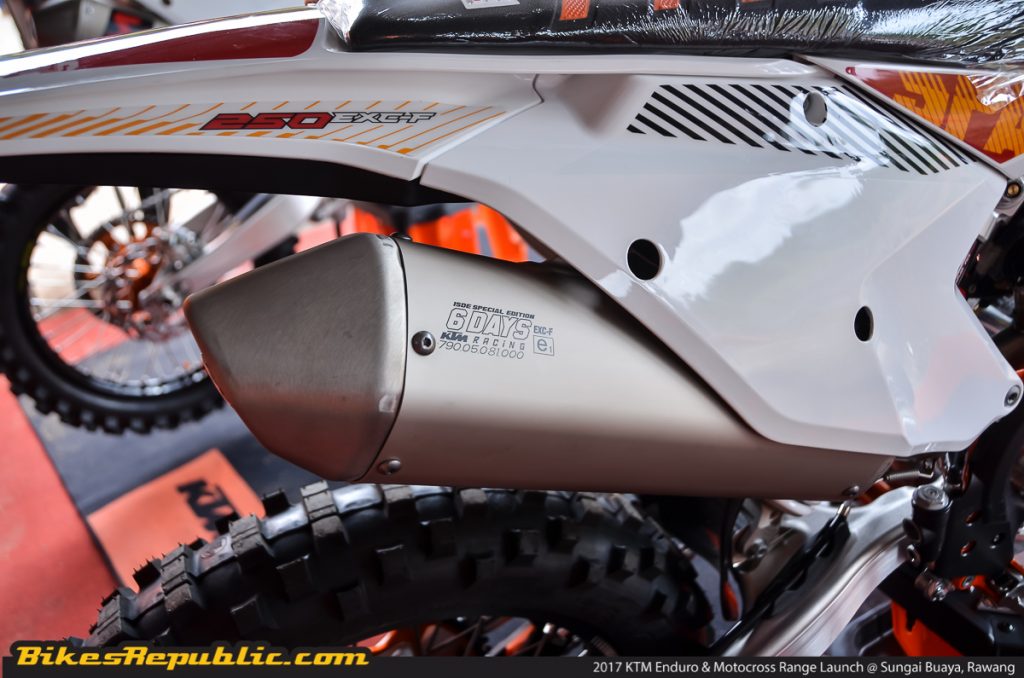 Fully dressed in KTM PowerParts accessories, highlights here include the seat, handlebars, levers and the front suspension’s triple clamps. It also gets KTM’s Six Days treatment with a special livery graphics and exhaust end-can as well.

Unlike the basic KTM 250EXC-F, this racier Six Days version of the retails with a slightly higher basic price of RM45,050 (GST inclusive). 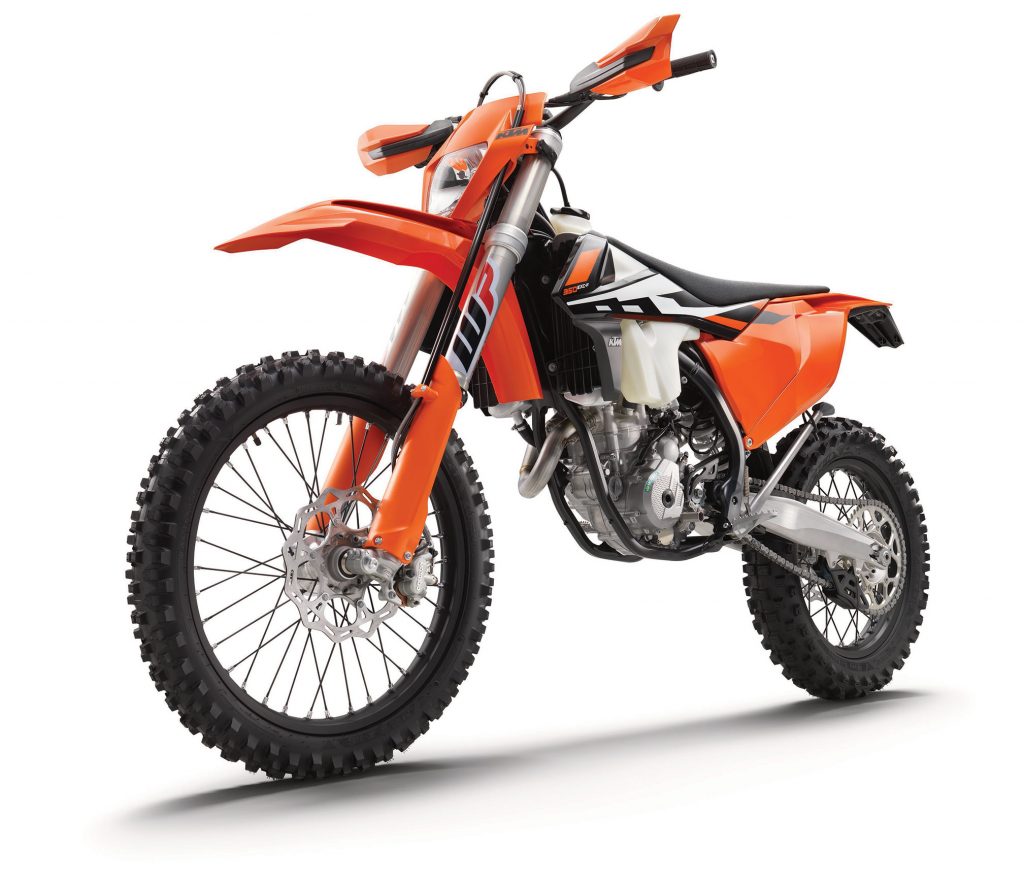 2017 KTM 350 EXC-F
The next Enduro model in our list is the 2017 KTM 350 EXC-F. As you could guess from the digits in its name, this basic or standard edition features a larger and more powerful 349cc single-cylinder four-stroke heart underneath. 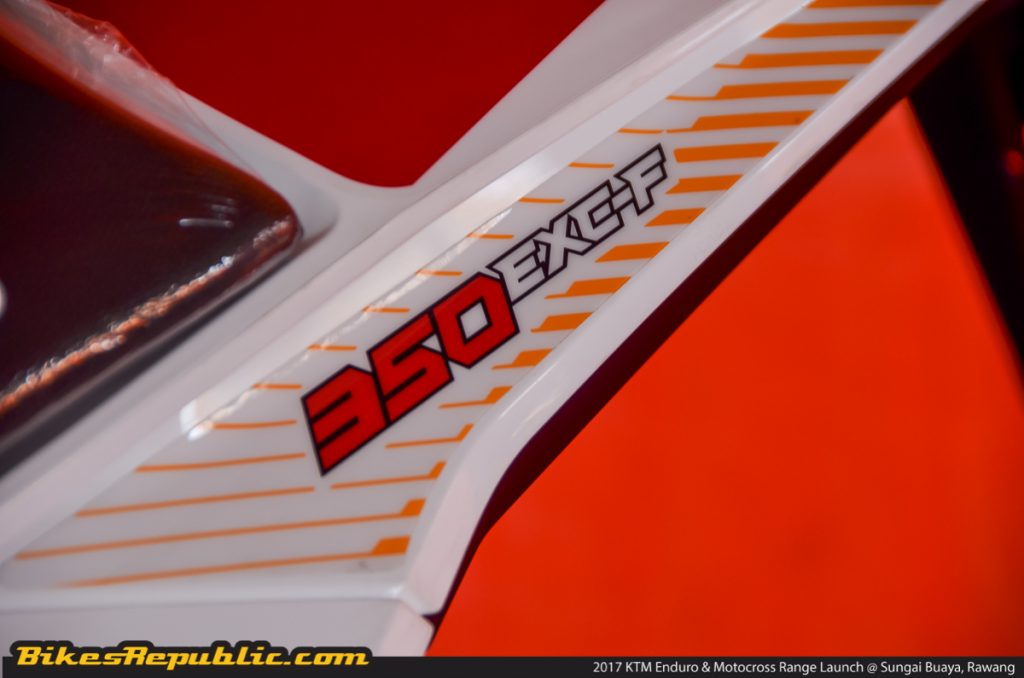 The treatment here is more or less the same as its 250cc sibling as it gets a six-speed transmission, all-round disc brakes and WP suspension, an electric starter, plus a Keihin engine management system yet again.

We had a quick stint around the course with the 2017 KTM 350 EXC-F during the launch. This model’s feather-light weight figure of 104kg (sans fuel) made it one easy bike to master around the tricky dirt course in Sungai Buaya. 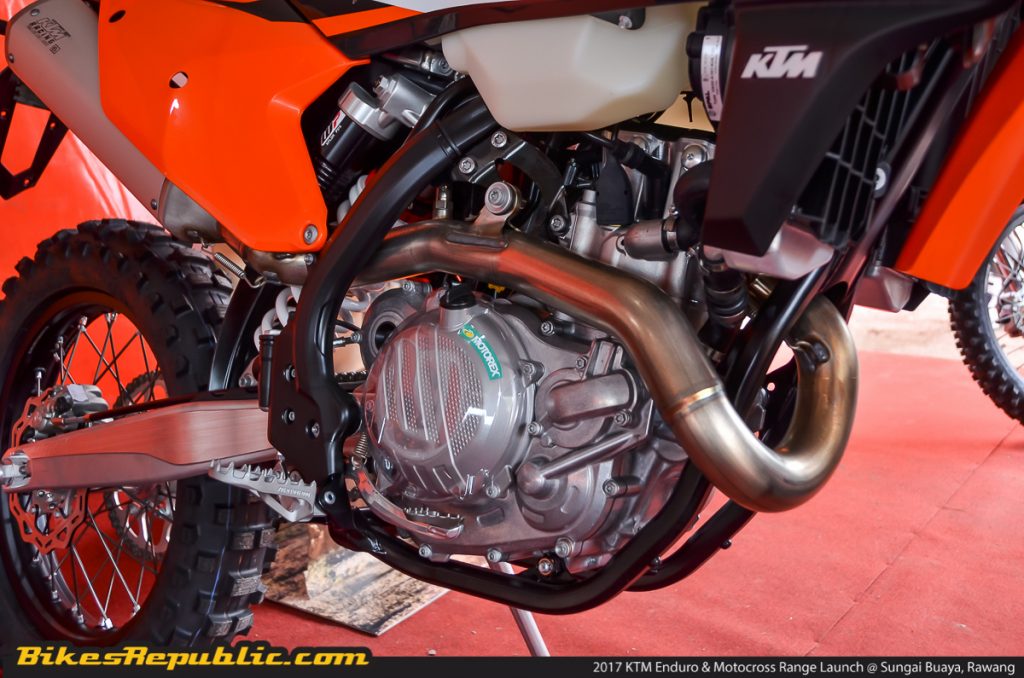 What we loved most with it though was the 349cc engine’s broad powerband and the transmissions well thought out gear ratios. The aforementioned WP suspension primed front and aft also excellent thanks to its high-travel rates, making this standard mid-range offering one of our favourites on the lot.

Perfect for any avid dirt rider, KTM Malaysia has a set a basic retail price for the 2017 KTM 350 EXC-F at RM42,400 (GST inclusive) sans insurance and registration costs. 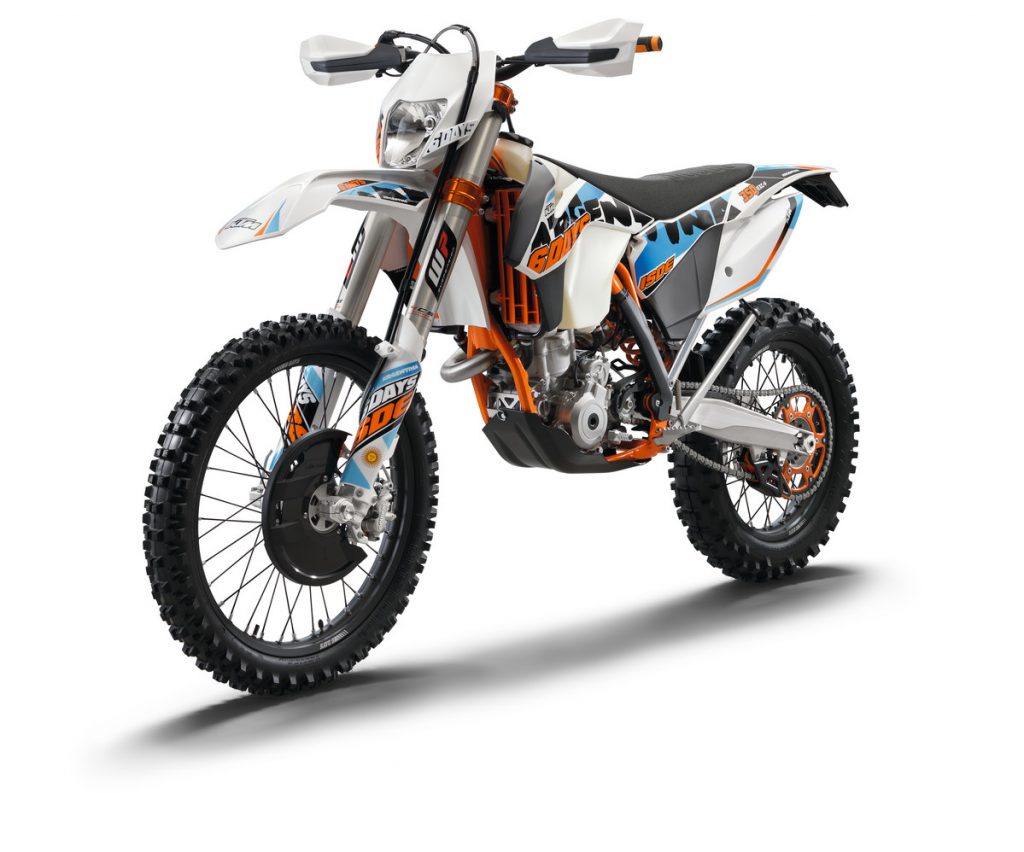 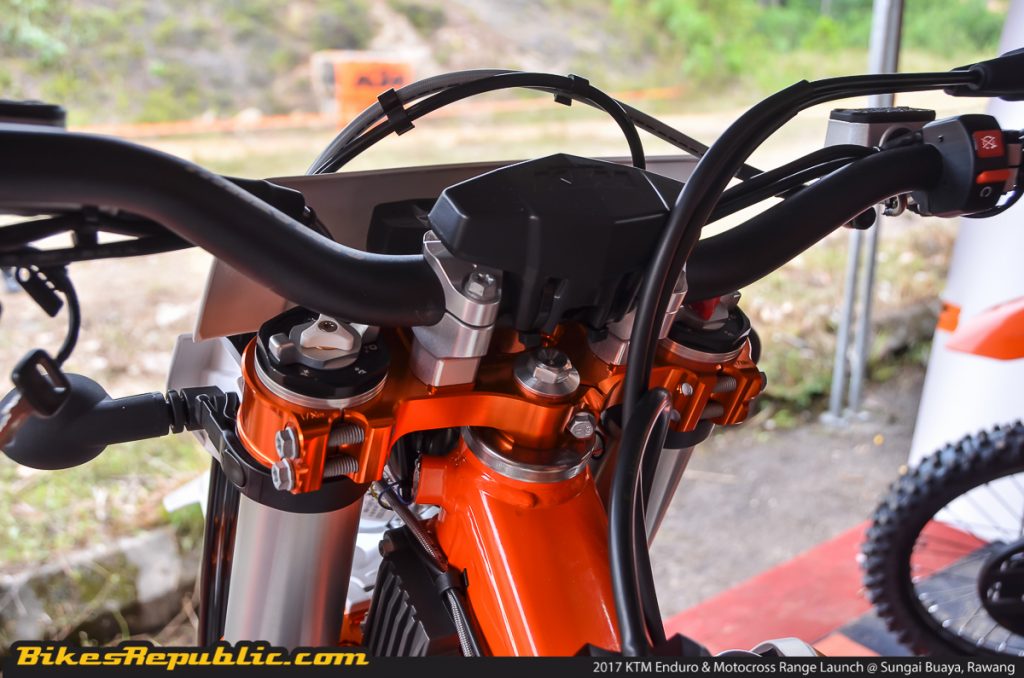 One notable we liked with this variant were its CNC-machined and anodised aluminium triple clamps primed up front. This grants riders with a 22mm offset that ensures a solid grip of the fork and precise handling. Additionally, the handlebar can be adjusted forwards and backwards over 4 positions as well.

This kitted version of the mid-range 350 EXC-F model goes on sale with a basic retail price of RM45,580 (GST inclusive) minus insurance and registrations costs. 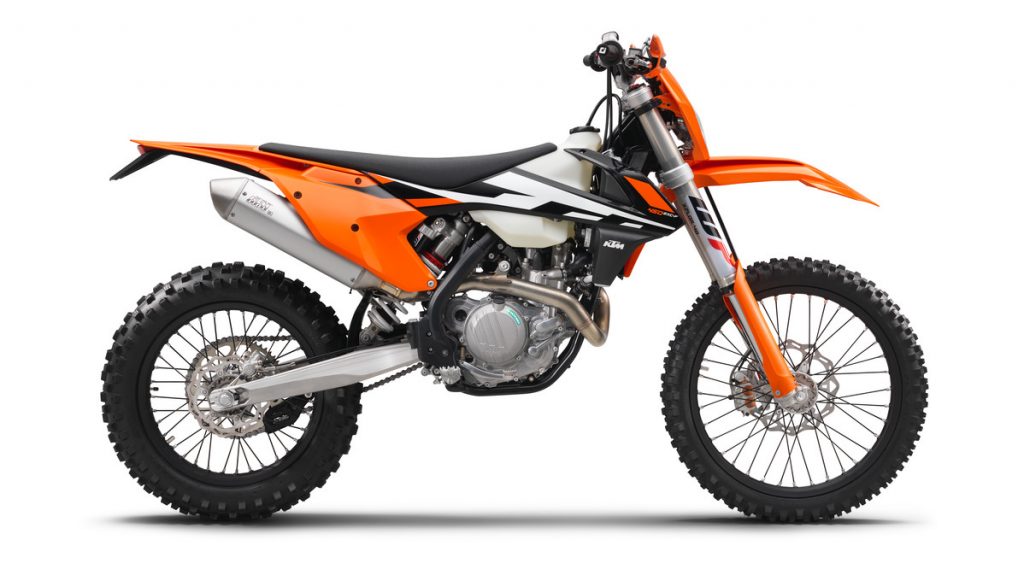 KTM 450 EXC-F
Last but not least comes the two range-topping offerings from the 2017 KTM Motocross & Enduro range, and we start with the basic 2017 KTM 450 EXC-F model.

Underneath its skin lies an even larger 449cc single-cylinder mill that thumps out even more power and torque. The treatment remains the same here as it gets primed with all-round disc brakes, WP suspension front and aft, a Keihin engine management unit, as well as a six-speed transmission. 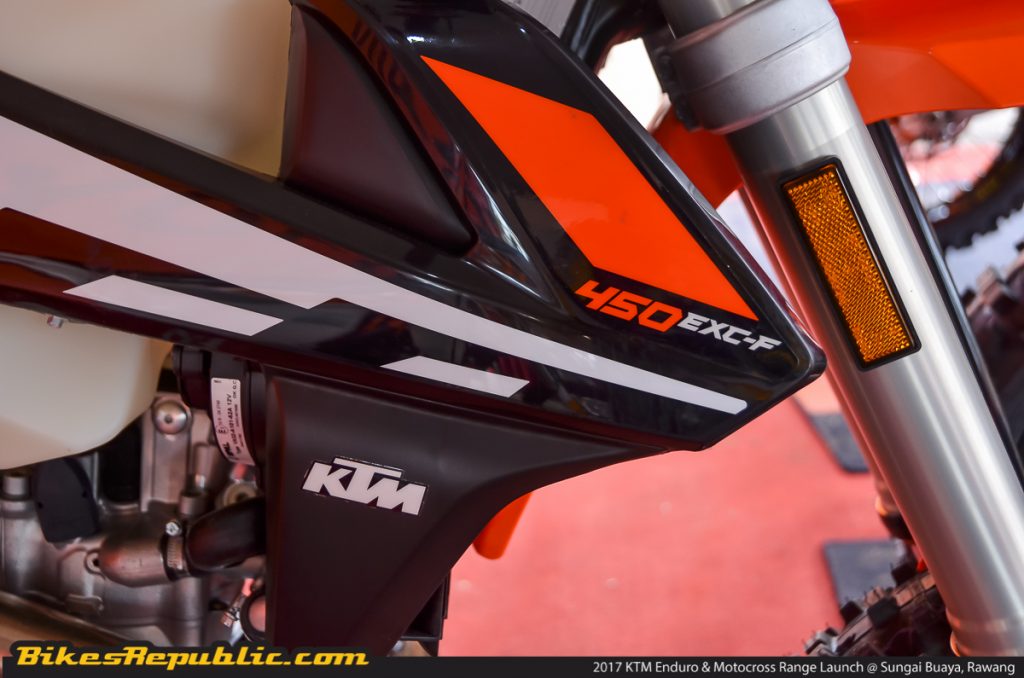 And despite its larger engine capacity and slightly bigger size, the standard 450 EXC-F model’s claimed weight of 106kg (sans fuel) proved rather easy to manage when we took out for a quick spin on KTM’s course in Sungai Buaya, Rawang.

The standard enduro model is now on sale at a basic price of RM42,930 (GST inclusive) sans road tax and registration costs. 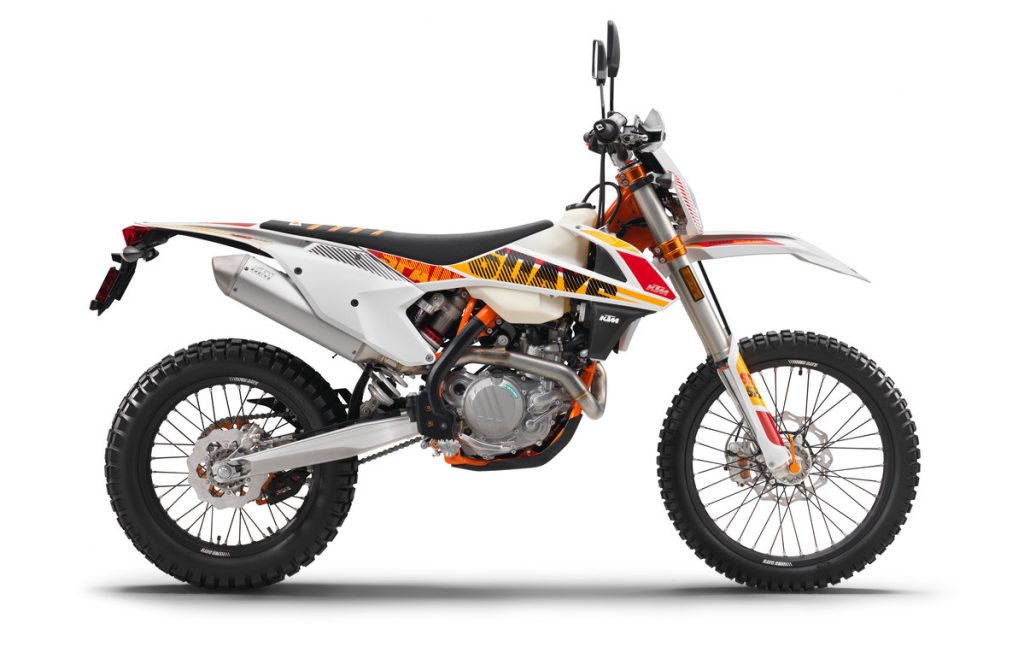 With all the extra bits included, the 2017 KTM 450 EXC-F Six Days caps the range off with its basic sales price of RM46,110 (GST inclusive) sans road tax and registration costs. 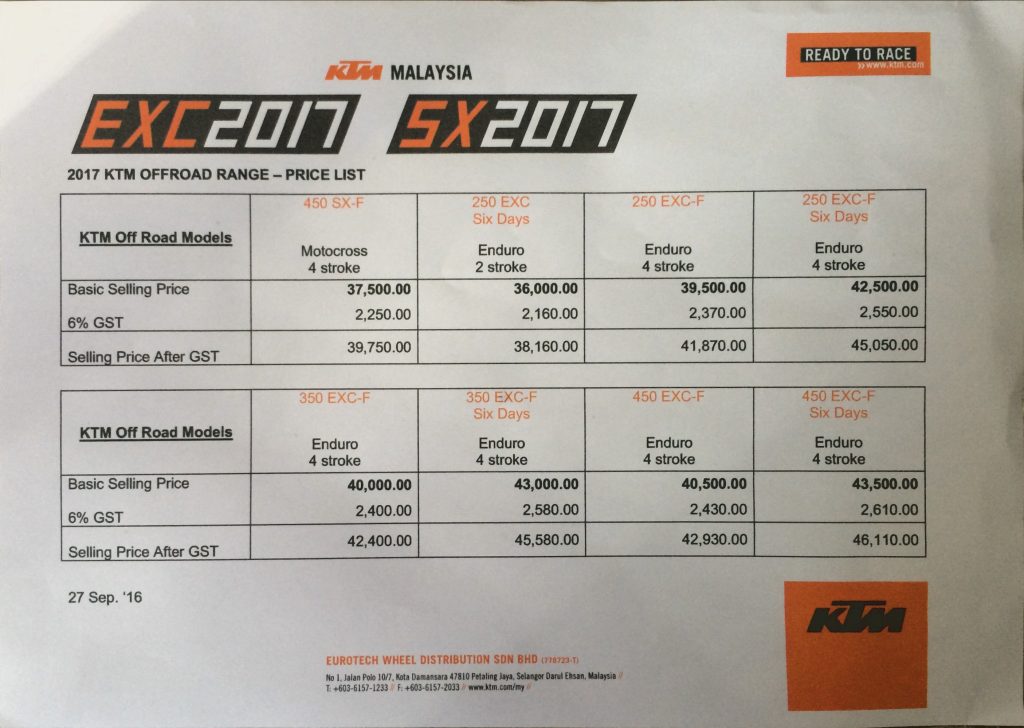 You can find out more details of each of these models by simply visiting the official KTM website via www.ktm.com/my/. Alternatively, you can also visit your nearest KTM authorised dealer for more information as well.