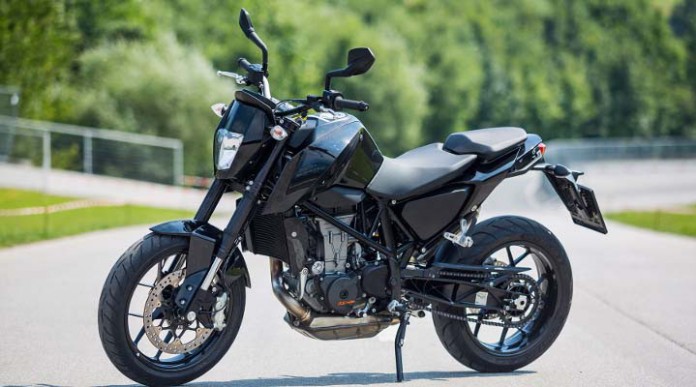 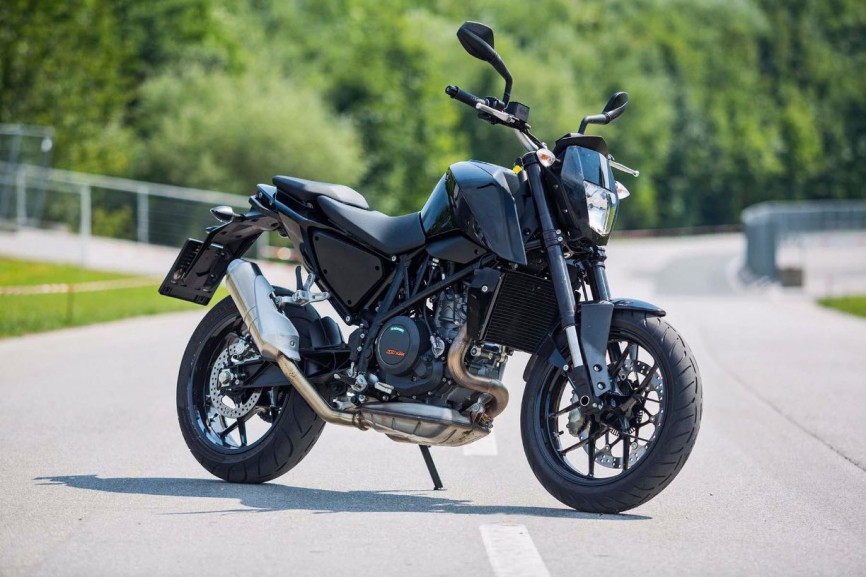 Austrian manufacturer KTM are gearing up to release a new and updated version of its venerable 690 Duke naked bike for 2016. The firm recently released several images of its pre-production prototype, detailing some of the key new enhancements of the new 2016 model. 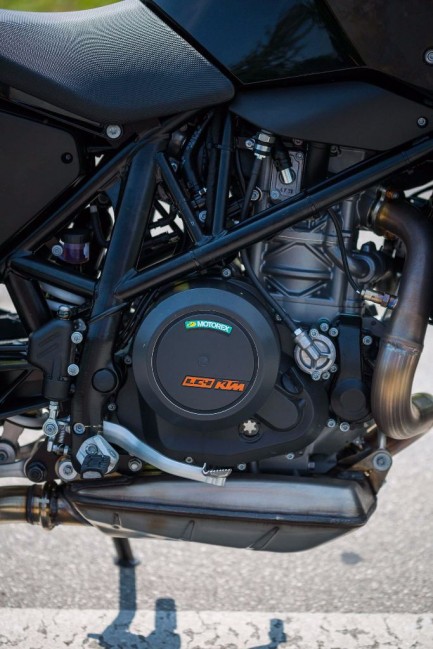 Firstly, the 2016 KTM 690 Duke gets an enhanced powerplant. Boasting a compact new cylinder head, the 693cc LC4 single-cylinder mill gets its bore increased and its stroke shortened that increased power from 67hp up to 73hp – 7% improvement. Also raised is the engine’s red line, which now stands at 9,000rpm instead of 8,500rpm in the current model. Also crucial here is the powertrain Euro 4 compliant status. 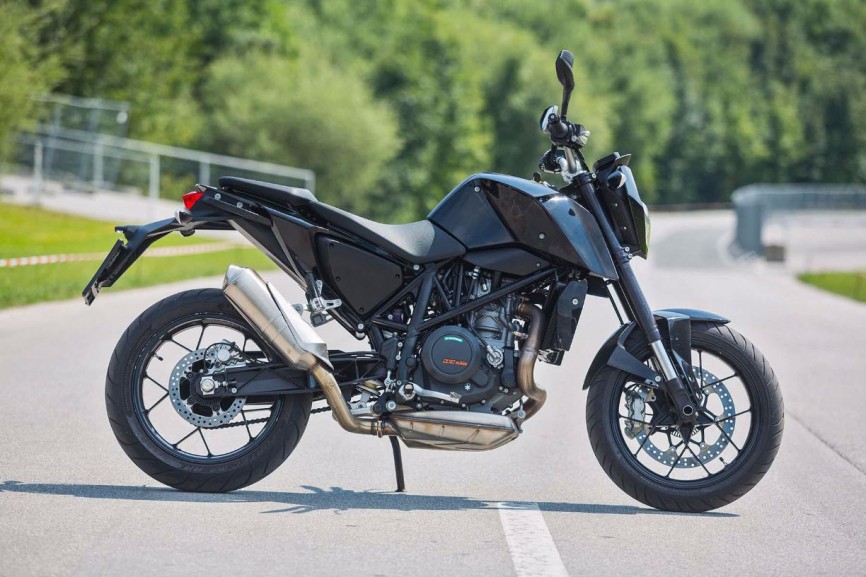 Sources also report the hotter R version will gain further with WP suspension, Brembo brakes, as well as wire-spoked wheels. What will be interesting though is whether the 2016 KTM 690 Duke will work alongside KTM’s expected 800cc Duke model, rumoured to have a parallel-twin engine. 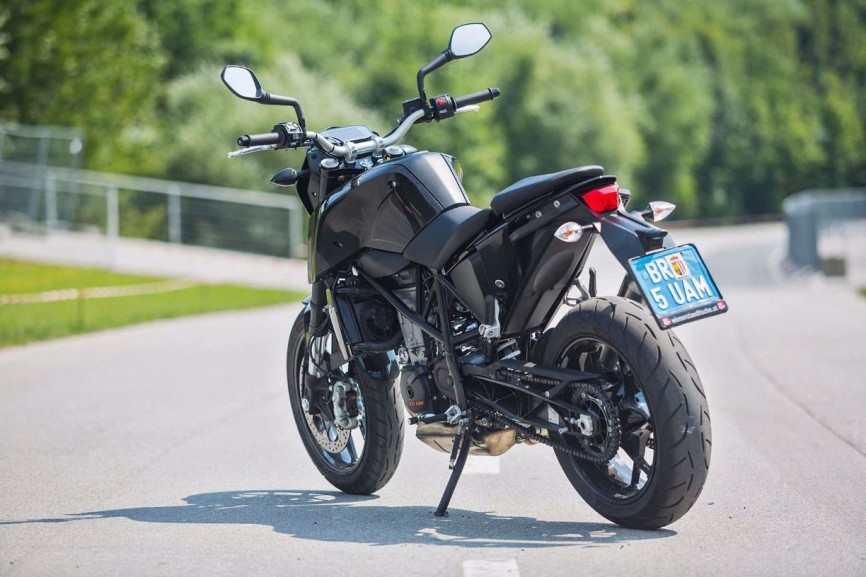 More details are expected from KTM prior to the new bike’s scheduled debut at this year’s EICMA show in Milan.