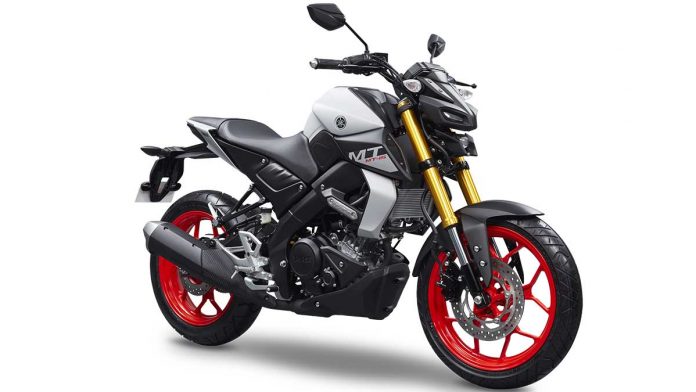 The long-awaited Yamaha MT-15 was spotted in Malaysia recently.

According to our friends at Pandu Laju, a reader sent in the photos of the bike being ridden on the North-South Expressway. From the picture, we could see that it bears a trade plate and wore no camouflage. It could well be tested for homologation purposes.

Although touted as the MT-25 in their website, our take is that the bike is the MT-15. The photo isn’t clear at all, but there is a piece of bodywork poking out in front of the rider’s right knee. As the MT-25 doesn’t have radiator shrouds (check out the main picture), it narrows down to the MT-15.

Anyway, If it’s indeed going through homologation, it means that we’ll probably see it being launched soon, but most probably in January during the annual Hong Leong Yamaha Dealers’ Convention, usually  held at Genting Highlands.

Also evident in the photo are some elements of the bike’s styling. Its rear end and exhaust silencer are carried over from the fully-faired YZF-R15. In fact, the MT-15 is the naked version based on the popular YZF-R15 platform, thereby running the same mechanicals.

We shall see if it’s actually the MT-15 or MT-25 later, but Malaysian motorcycle fans will have something awesome to look forward to next year!