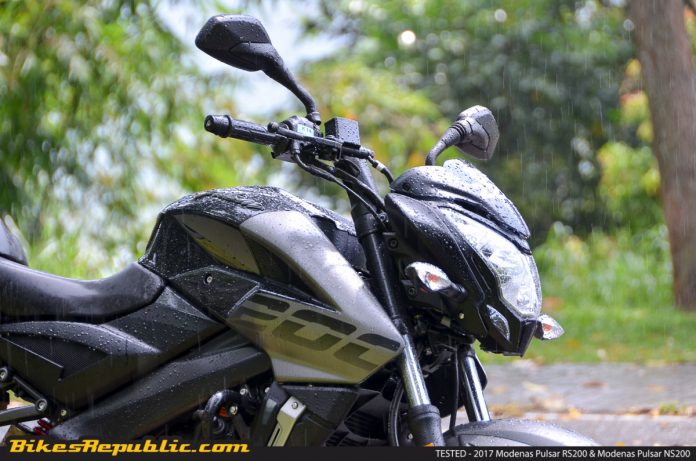 We’ve featured the review of the Modenas Pulsar NS200 and Pulsar RS200 recently (click here to read the story), and came away impressed with both bikes. 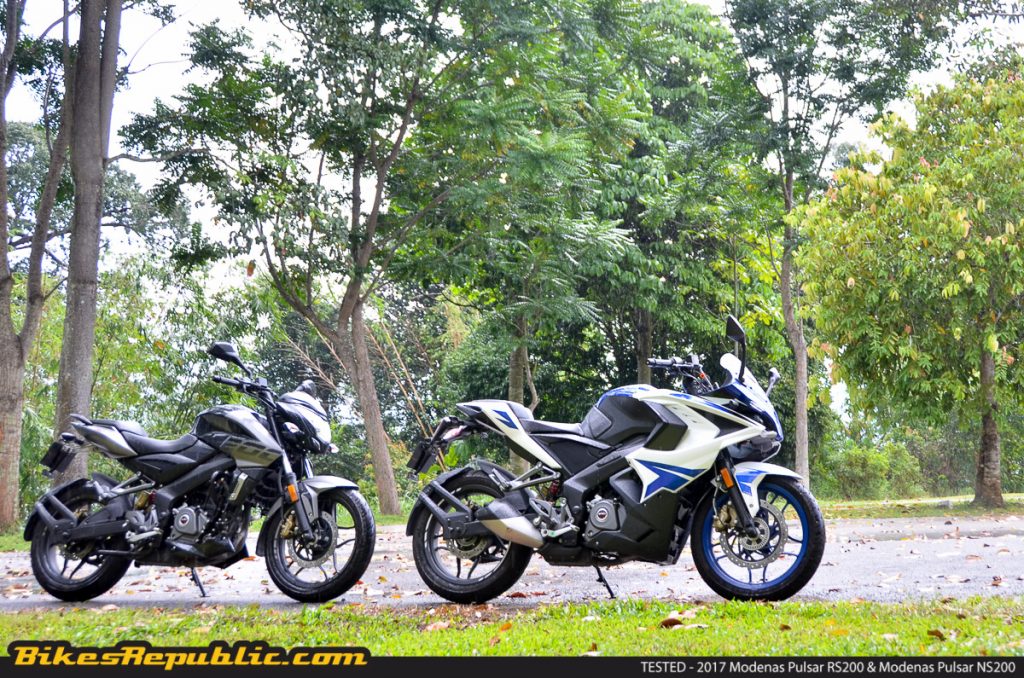 However, aside from the official tests, we at Bikes Republic would voice our opinions to one another about certain bikes we’ve tested.

All of us love the Pulsar RS200 for its contemporary racy looks and presence, but truth is, our hearts are torn between both bikes. This writer however, fancied the naked Pulsar NS200 (stands for Naked Sports). 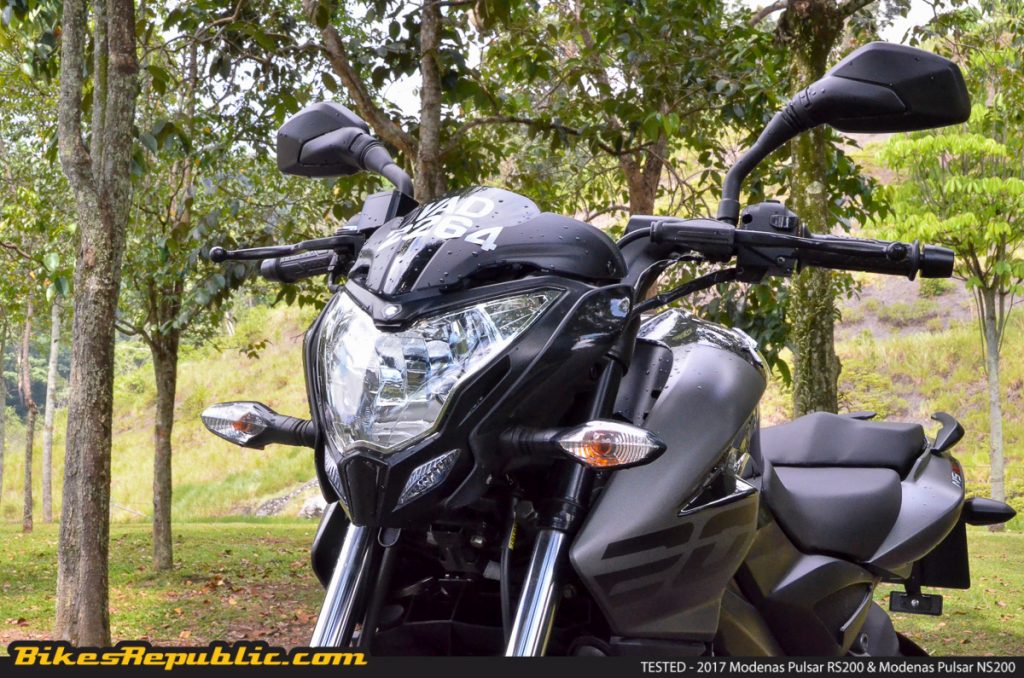 Sure, it looks Plain Jane next to the RS200, but that doesn’t mean it didn’t ooze its own appeal. On its own, the Pulsar NS200’s looks does hold its ground, especially when we looked at the riding shots. 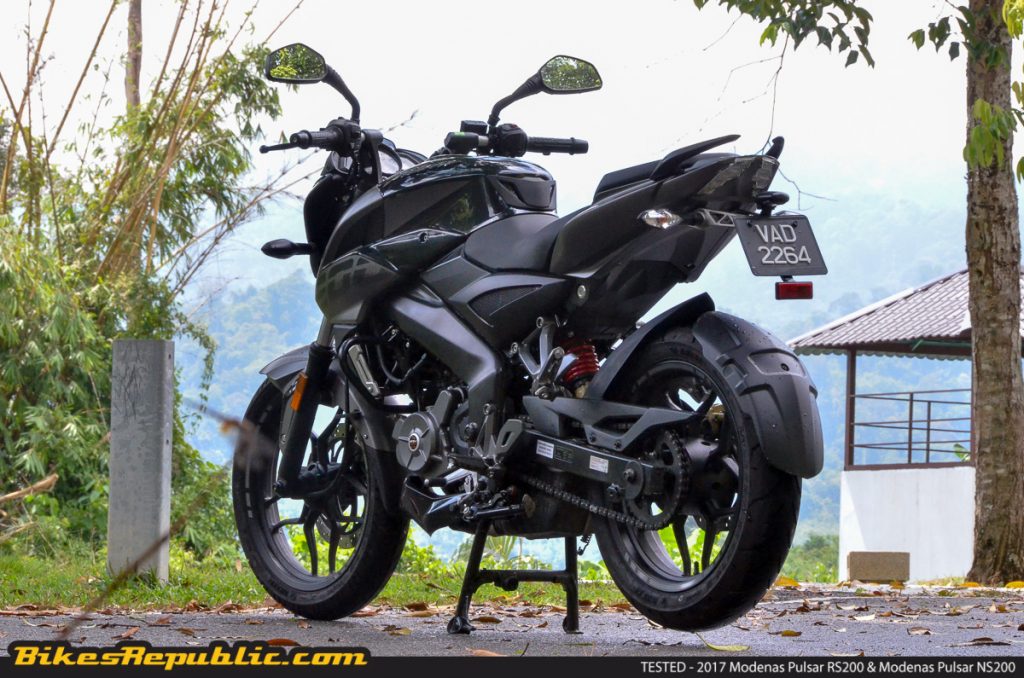 Firstly, the rider figures more prominently on the naked bike. Strange as that sounds, but personally, a bike ought to emphasize that the rider and bike both make up as one entity when riding. You couldn’t have one or the other. Naked bikes, standards, streetfighters and classics have always appealed to me because of that. 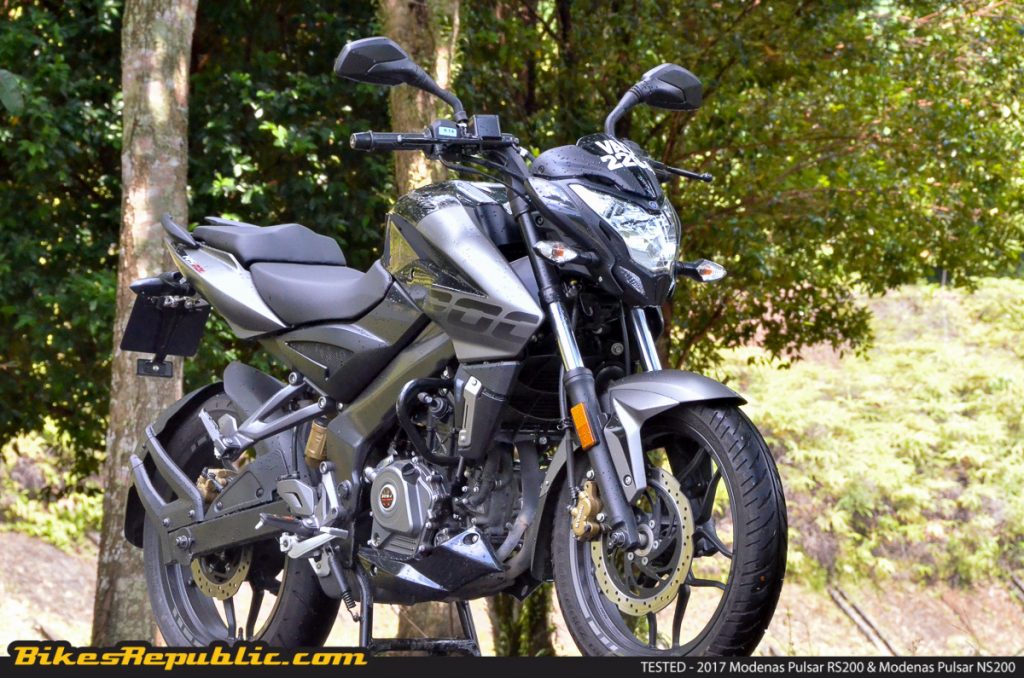 Mid-life crisis? I don’t think so, as I’ve always loved the unadulterated looks of bikes that expose their mechanical parts since I was a kid.

Secondly, I personally figured that performing maintenance on the Pulsar NS200 is easier. I could get to the sparkplugs, oil filter, oil sump, front final drive sprocket, etc. so much easier because I don’t have to get around the bodywork of the Pulsar RS200. 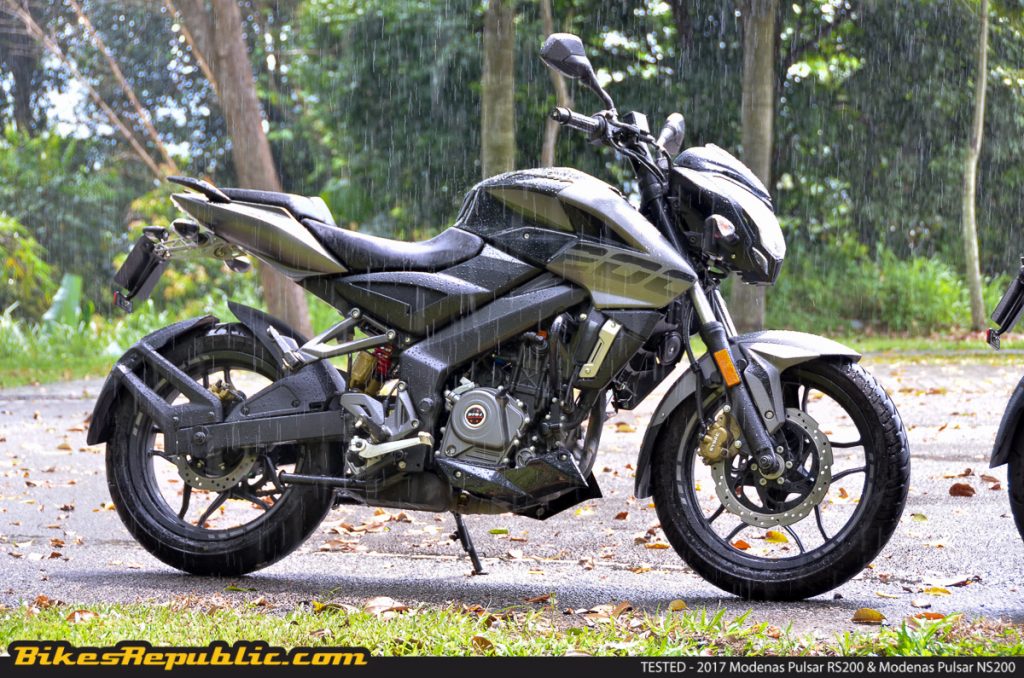 Thirdly, and this is really my personal opinion, I’ve found out through time that motorcycles that don’t appeal to me on the basis of love at first look tend to have me liking them for a much longer period of time. The Pulsar RS200 truly looks great, make no mistake, however, the Pulsar NS200 has kept my attention longer, for some reason. It’s more like liking someone’s personality over looks. 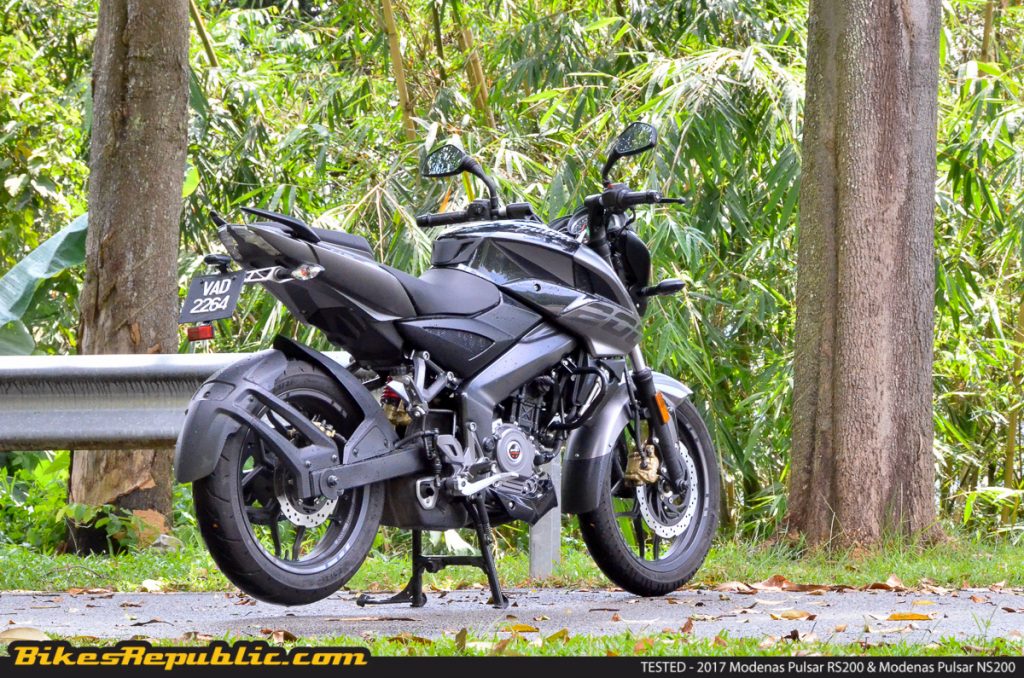 Fourthly, there’s less cosmetic damage to concern about when you own a naked bike. That applies to either a crash or the accumulated abuse by careless mechanics when they removed and reinstalled the fairing. Not one fully-faired bike of mine has lasted its lifetime without missing fairing fasteners, causing them to flare open or even dropped a panel. 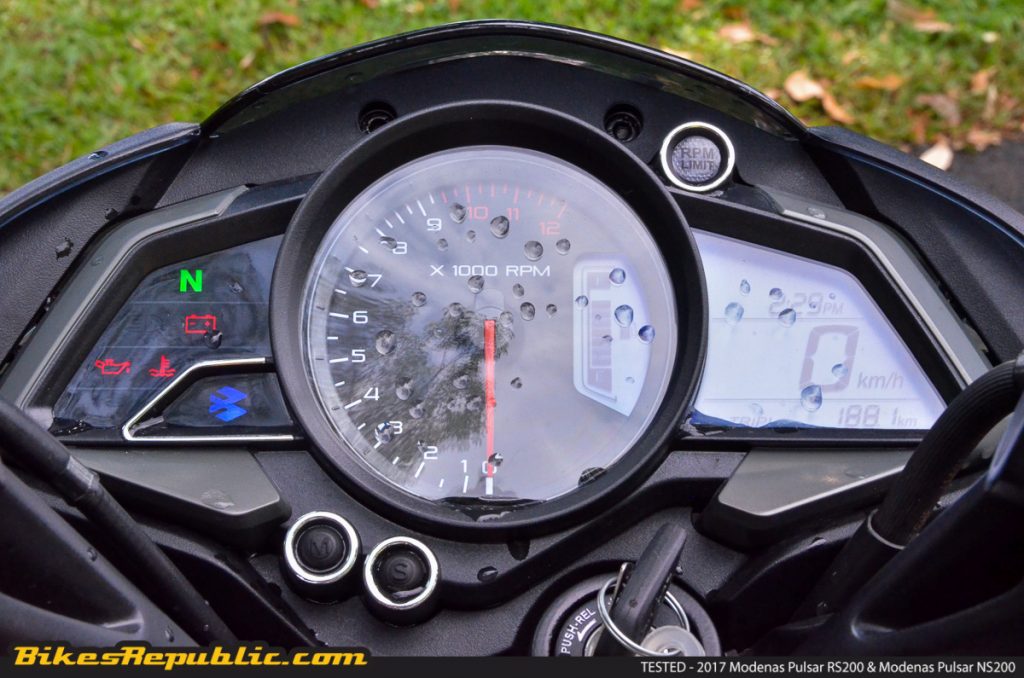 Fifthly, the naked Pulsar NS200 lends itself better to customization. It’s already a naked bike, so you don’t have to feel the pinch about having to store the fairings somewhere. A set of clip-on handlebars with bar-end mirrors, racing rearsets would make the bike look the proper streetfighter. Or go beyond conventions by stripping everything down and turning it into a bobber or a scrambler or a classic. 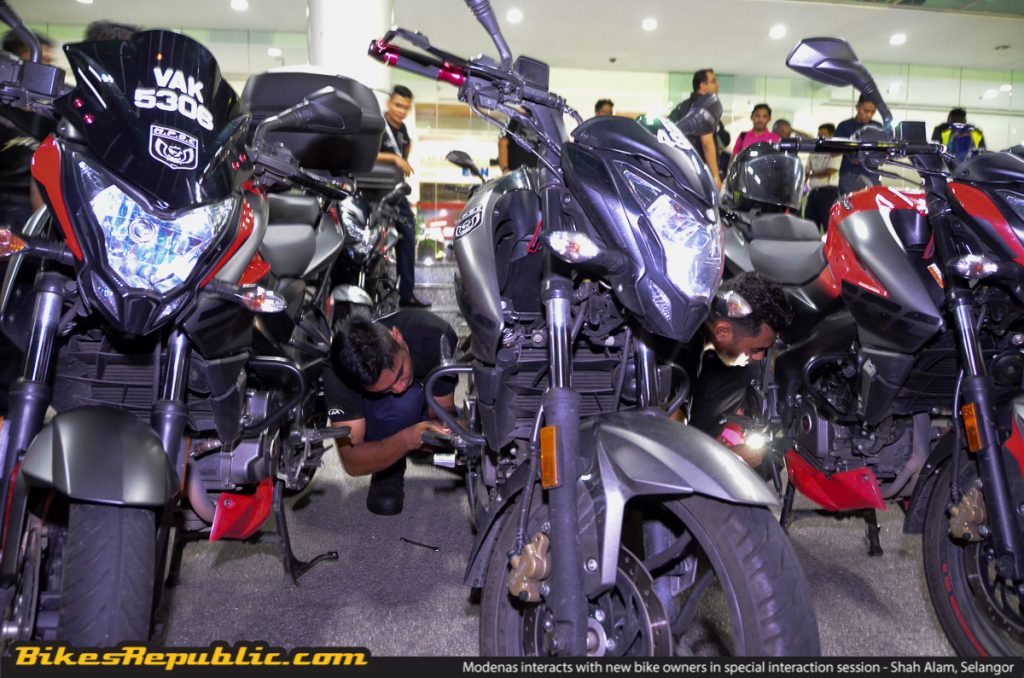 Sixthly, the Pulsar NS200 has a slimmer cross-section, which means it’s much easier to scythe through KL’s crazy traffic.

But, but, but! What about wind protection? Ah, that’s an easy fix. Just install a windscreen and you’re done!

So there you go, my own opinion on why I prefer the naked Modenas Pulsar NS200.

Oh and have you heard? Modenas is giving away free motorcycles for the Bakat Besi design contest. Stand a chance to win that and other amazing prizes, more information here.