The Triumph Daytona Moto2 765 was unveiled at the British MotoGP over the weekend.

As the “Moto2” moniker suggests, the bike is reputed to carry some Moto2 components and technology. It is a tribute to Triumph’s role as the exclusive engine supplier to the championship.

The manufacturer will build only 765 units for the American market, while another 765 are allotted for the rest of the world; for a grand total of 1,530 units. 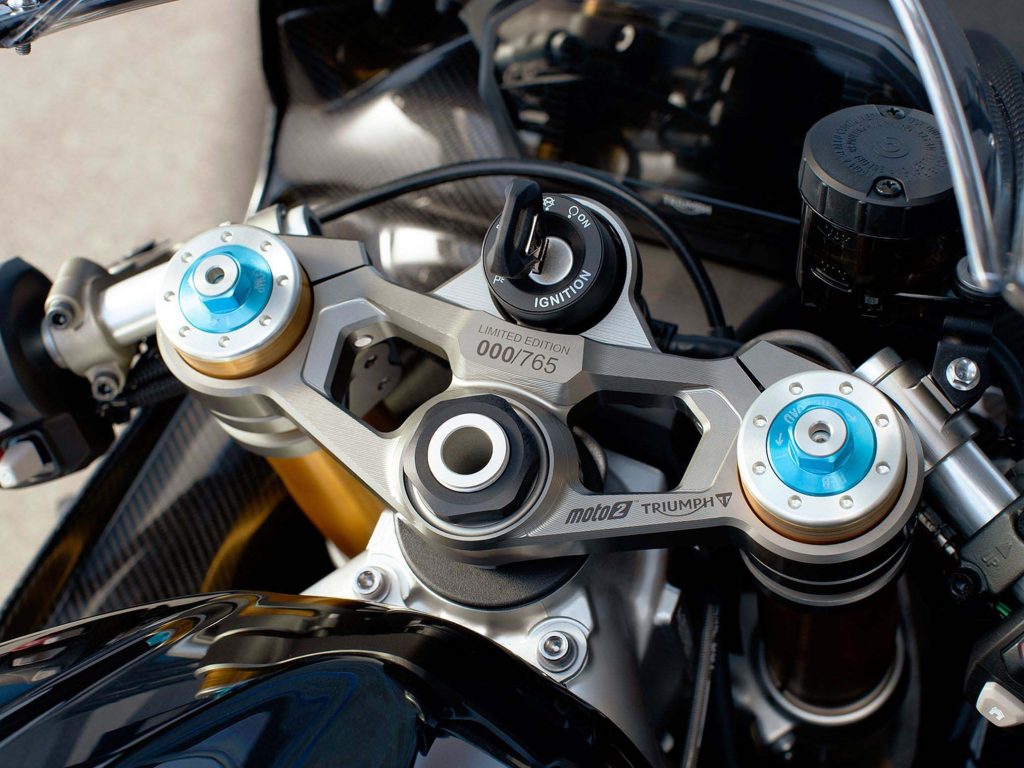 As we reported earlier, the Moto2 engine is based on the 765cc triple found in the Street Triple. It is then modified for racing, but most of the engine remains standard. 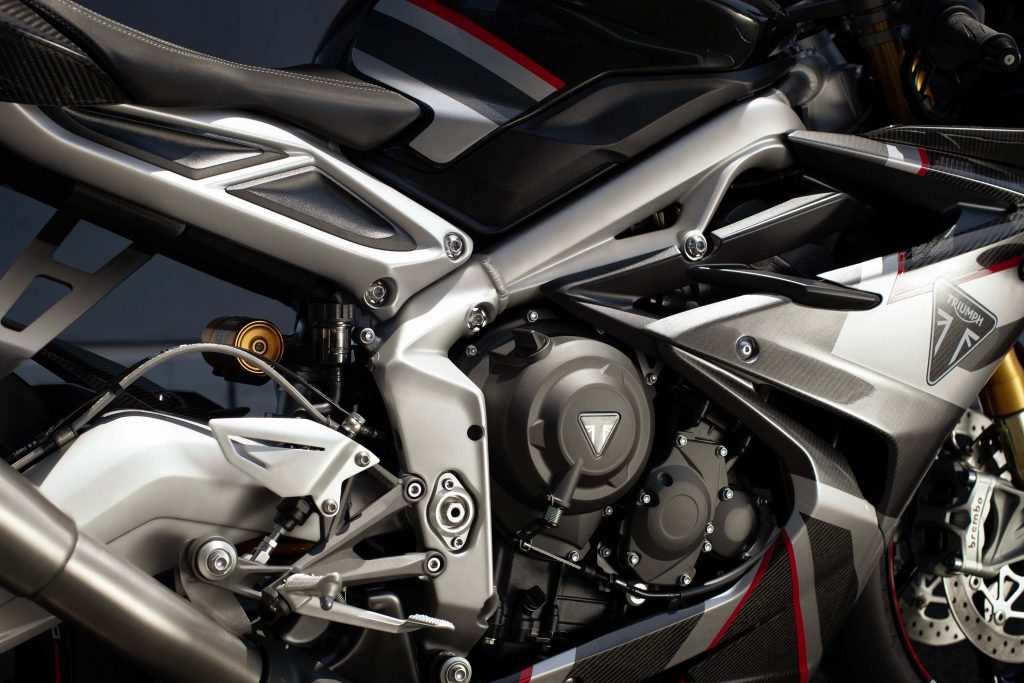 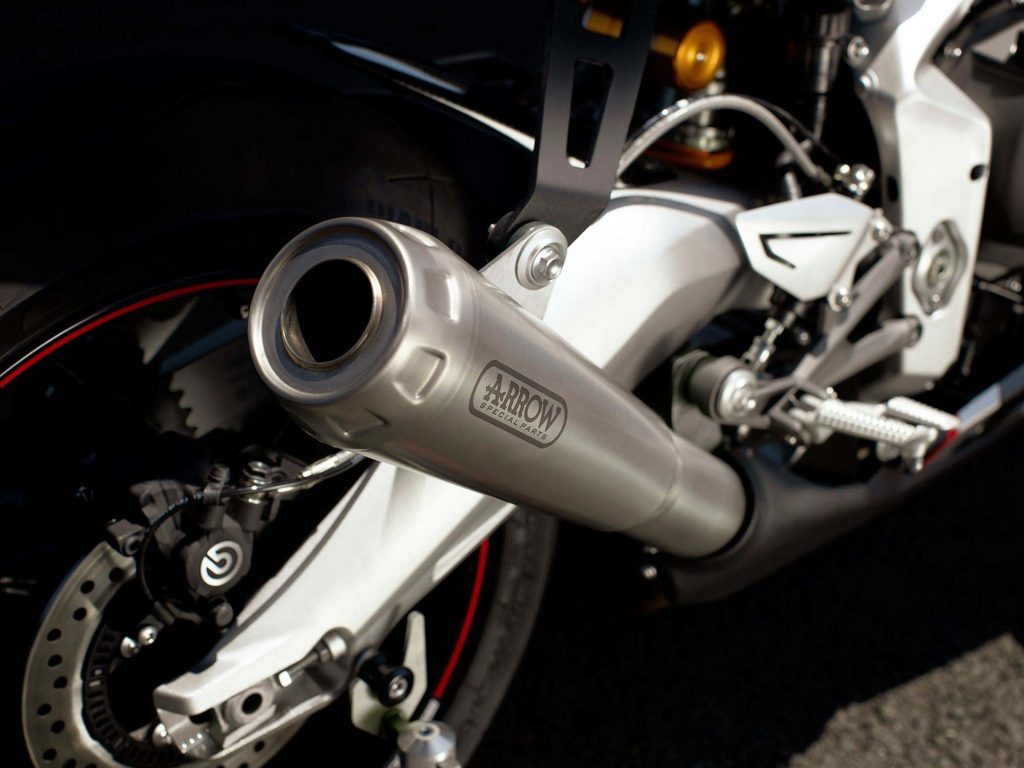 The revisions yield 128 hp at 12,250 RPM and 80 Nm torque. It may look like small gains over the stock Street Triple RS engine (121 hp, 77 Nm), but this Daytona should be much lower than the RS due to a carbon fibre bodywork.

The unveiling of the Daytona Moto2 765 is interesting because Triumph have been introducing limited-edition models then follow up with “regular” models thereafter. That could very well mean the volume production Daytona 765 is coming soon.