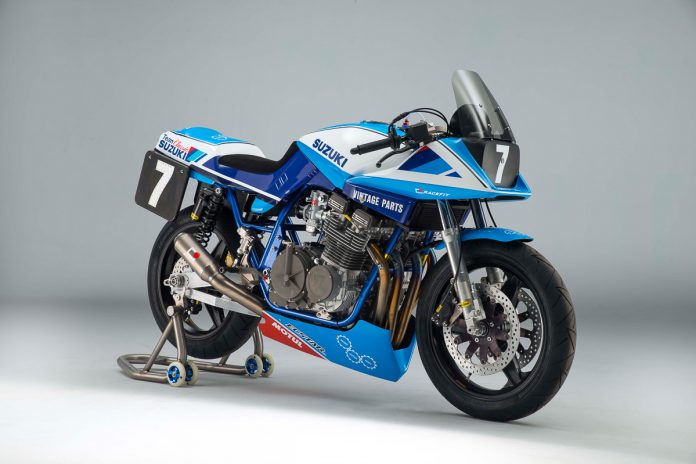 Team Classic Suzuki has built the very definition of a motorcycle enthusiast’s wet dream. Presenting the Suzuki GSX1100SD race machine that will compete in this year’s Endurance Legends event. Race teams with their classic race machines will go head to head in the UK’s only four hour classic motorcycle endurance race at Donington Park on the 6 May 2017. 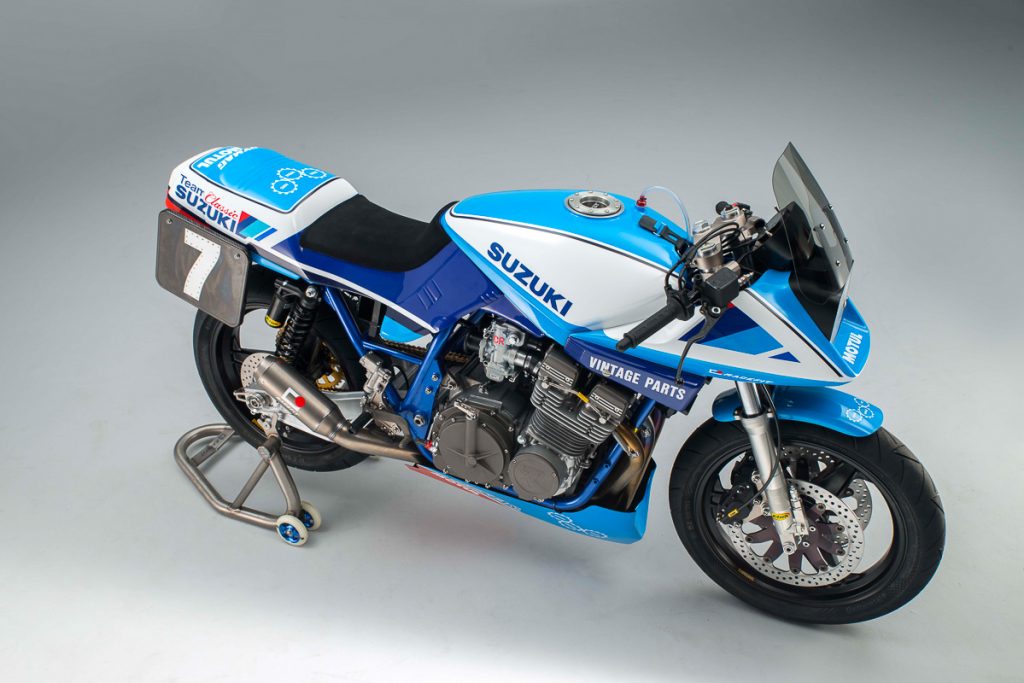 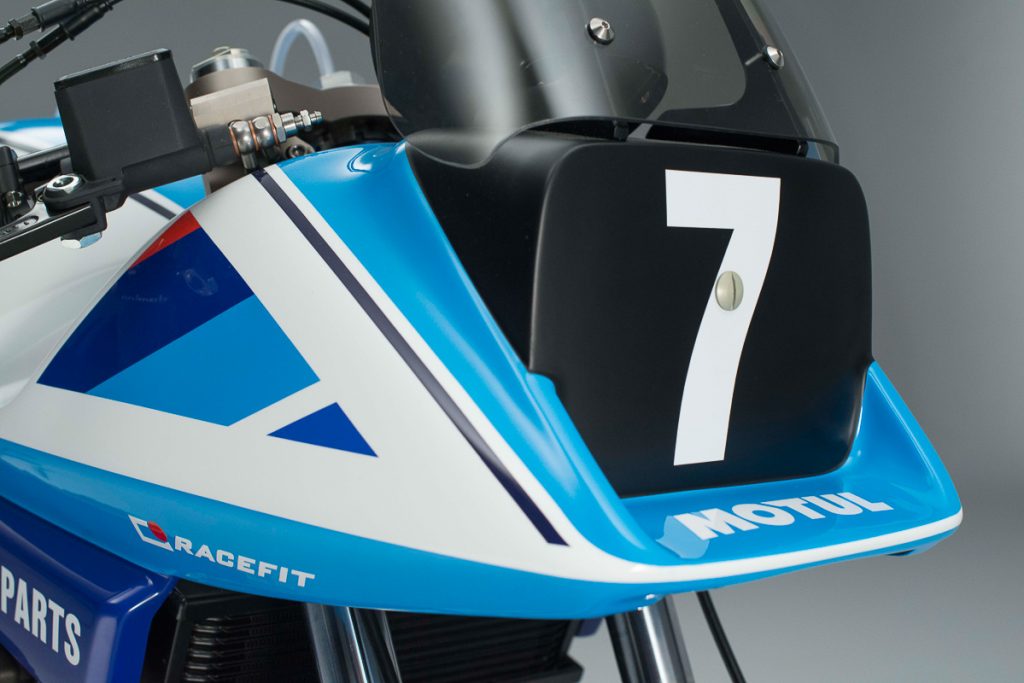 As how most kids who have lived through the 1990s agree that it was the best of times converging into the technological era, those who have lived through the 1980s will tend to agree that it was the moment in the motorcycle industry. The general public could get their hands on high performance motorcycles, watch World Superbike and MotoGP races with some of the greatest racers of all time. 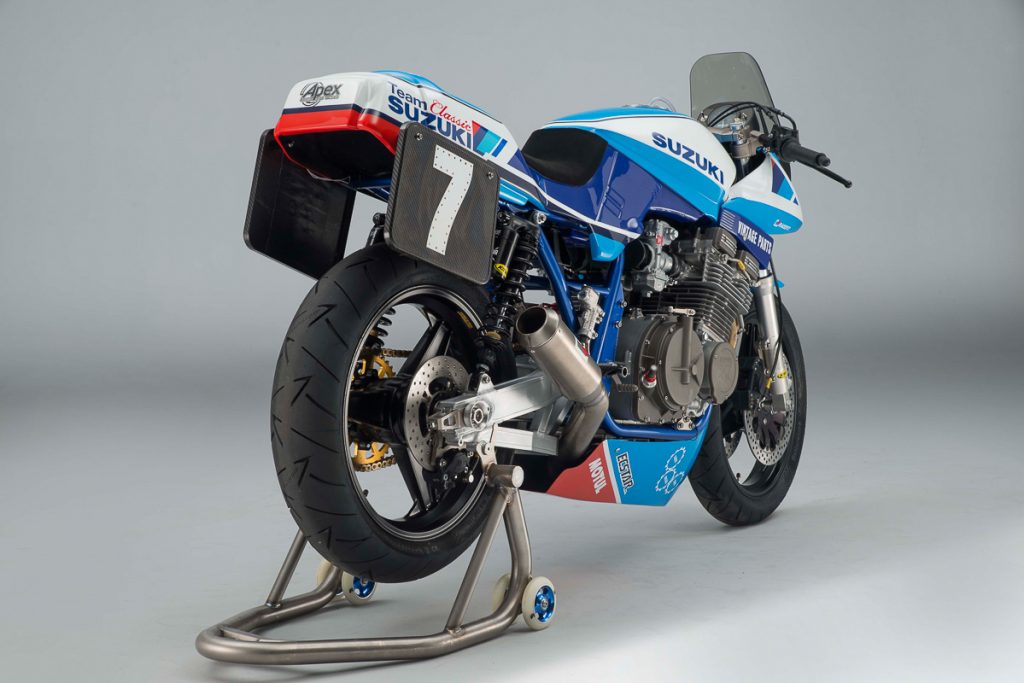 The Endurance Legends has brought out the best of Team Classic Suzuki with their Katana race bike. This factory assisted team pulled out all the stops in order to make this specific Katana a track warrior. 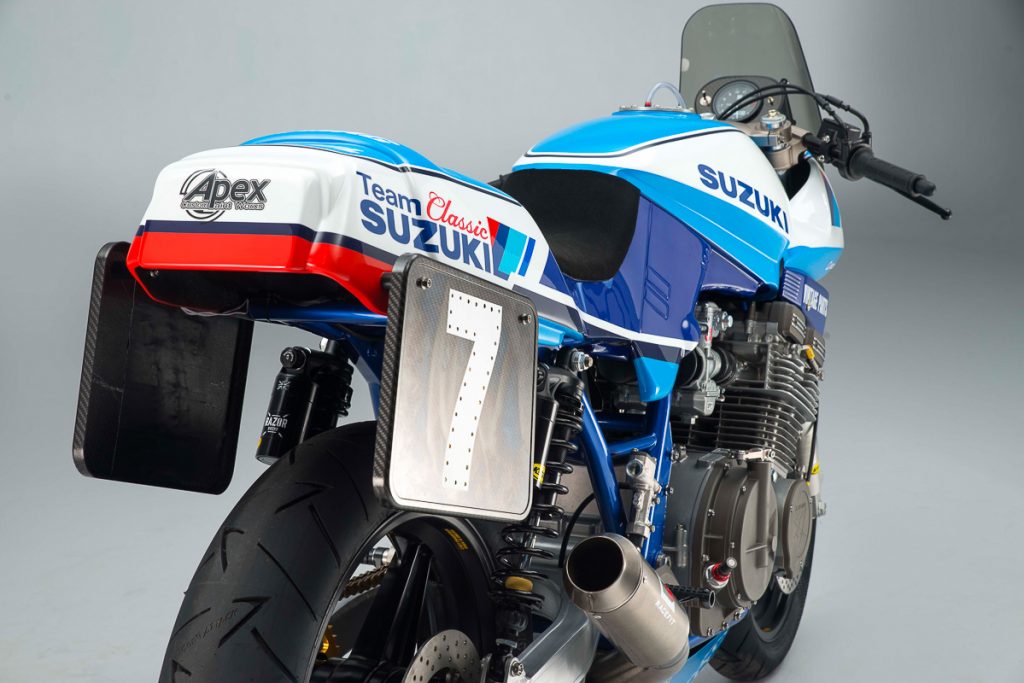 The exterior alone took our breaths away with its stunning and iconic look paired with Suzuki’s classic racing colourway. The combination of multiple blues, white and black parts surrounding the 1170cc engine look blistering fast at stand still. 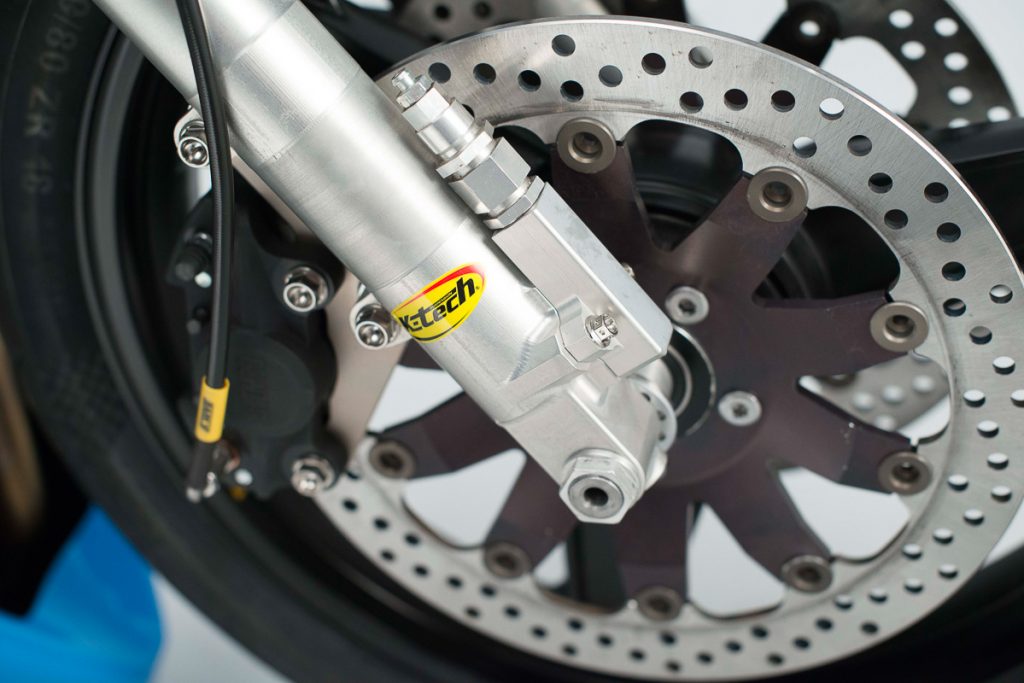 Equipped with K-Tech front forks and twin suspensions at the rear, this Katana can probably go through corners like nobody’s business. On the hands of an expert racer, we would probably get our minds blown just watching him or her getting their knee (or even elbow) down mid corner. 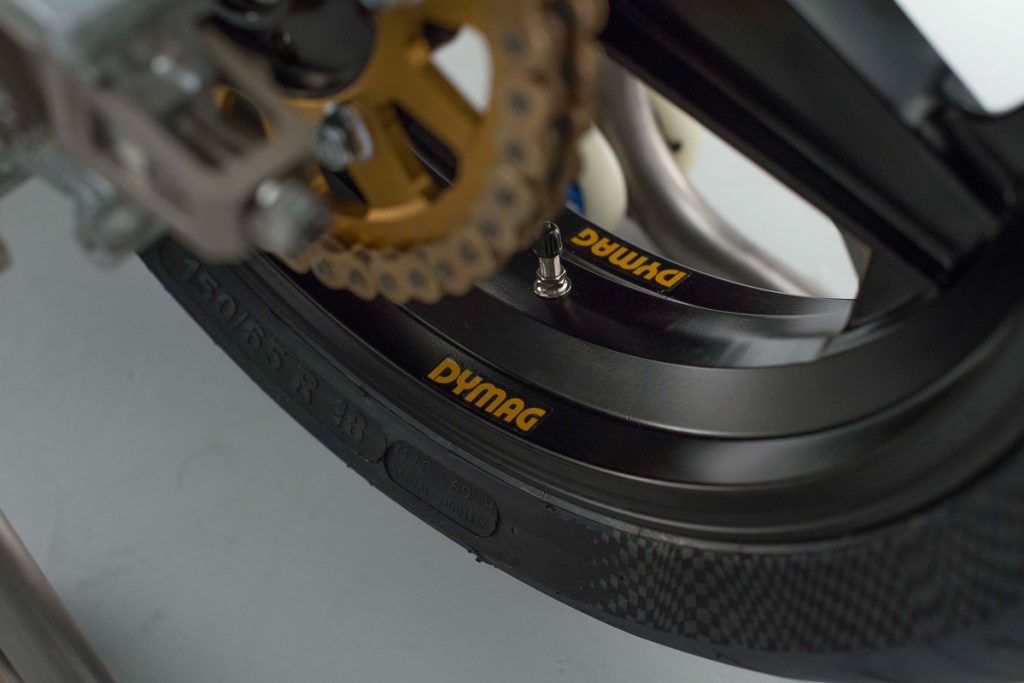 The wheels were sourced from Dymag which were manufactured specifically for racing. They are manufactured in the UK and made out MAGNESIUM and wrapped with Continental race rubbers. Things just keep on getting better for this lovely Katana. 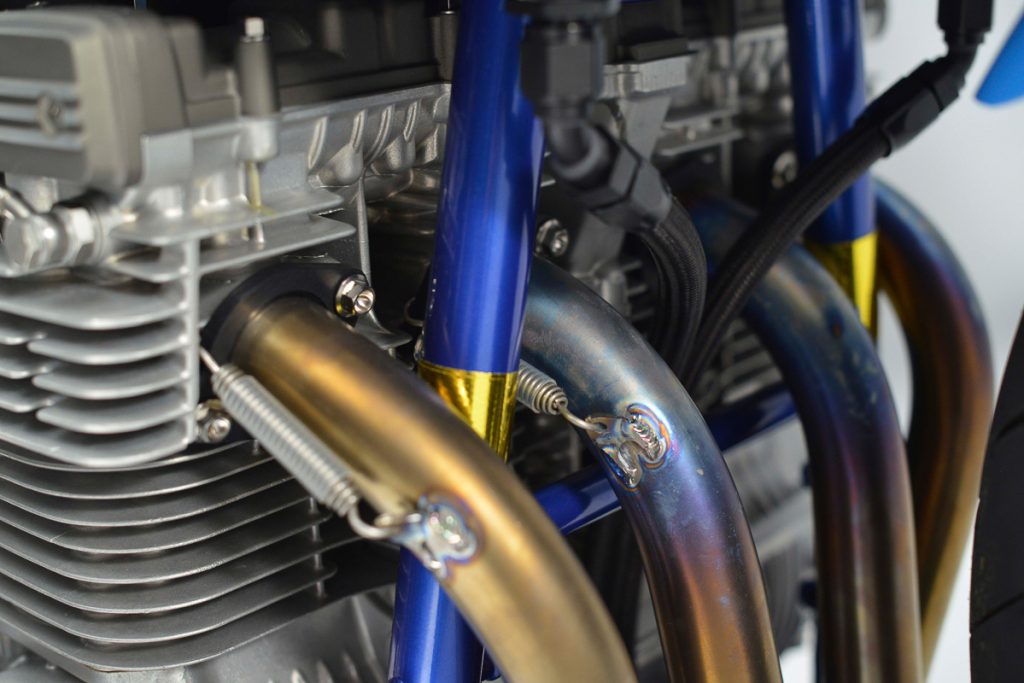 The engine has been worked on extensively by the team. The standard 1100gsx engine has been rebored to 1,170cc. Not only it has a bigger capacity now thanks to the big bore kit, the engine has received other big performance upgrades such as high lift cams, stainless steel valves and all of the other engines parts sourced from Suzuki themselves. 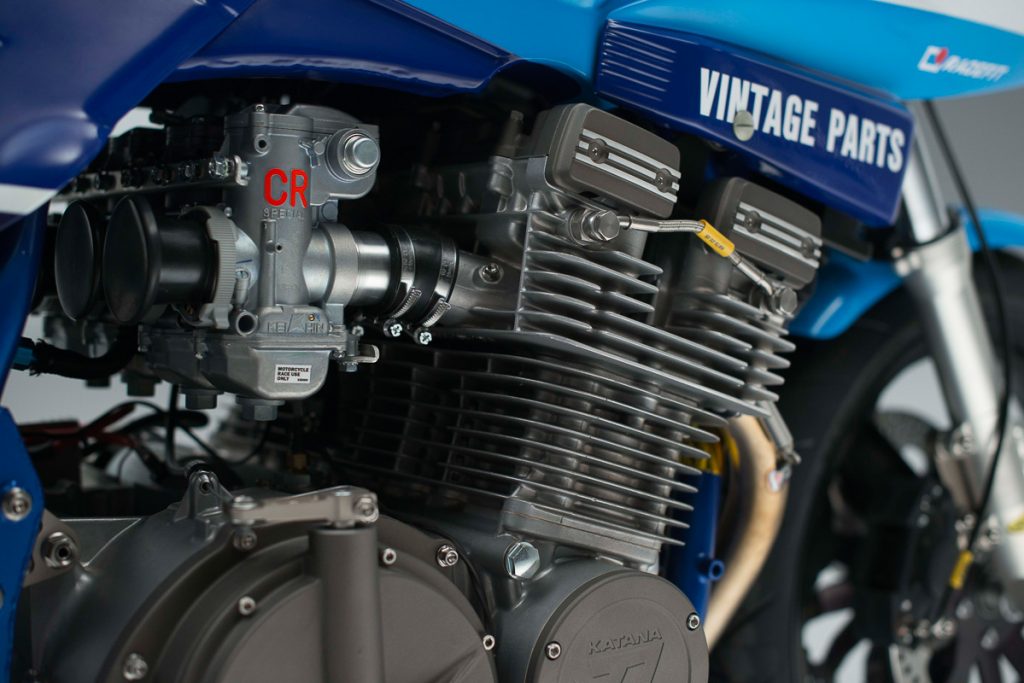 CR racing carburettors are used for maximum high performance efficiency as you can see in the photo below. The back end has been installed with a custom-made swingarm to increase stability and overall functions when the rider wants to serve some exhaust smoke during overtaking manoeuvres.

For the Endurance Legends race, the number 7 machine will be piloted by three well-known ‘vintage’ racers; James Whitham, Steve Parrish, and Michael Neeves. Don’t be fooled when we use the term ‘vintage’ for the bike or the riders. We’re more than confident that these guys will leave everyone in the dust easily. 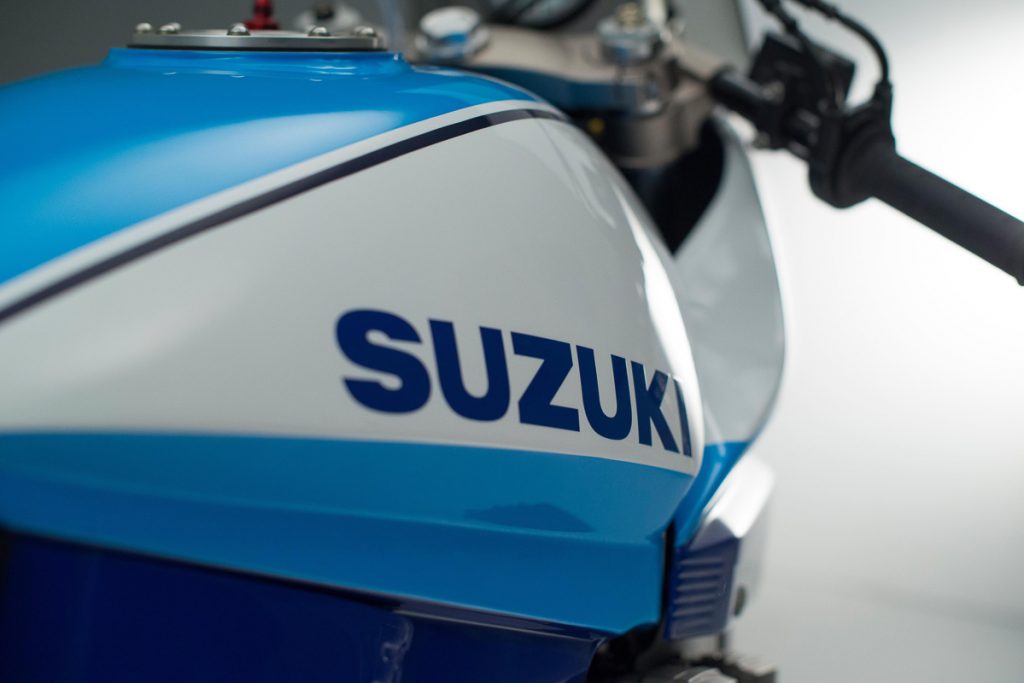 To catch this Katana beast in action, the four-hour endurance race will be on the 6 and 7 May 2017 at Donington Park aka the home of British Motorsport.

CLICK HERE to check out all of the Suzuki big bikes that are available in Malaysia in our exclusive Bike Buyer’s Guide.