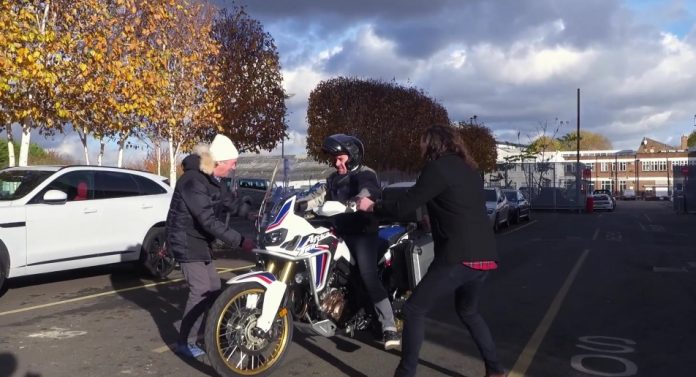 TV presenter and biker Richard Hammond tries out new Honda CRF1000L Africa Twin and realises he’s too short for it.

Adventure bikes are the in thing right now. However, they do share one quirk that’s rather familiar to us Asians – if you’re too short, riding one will be difficult. Hilariously, famed TV show presenter and biker Richard Hammond got a clear idea of that recently whilst attempting to test the Honda CRF1000L Africa Twin.

In this short video posted on Richard Hammond’s official DriveTribe page, the pint-sized 47-year-old celebrity and biker dealt with his height disadvantage to ride the Africa Twin hilariously. Though he was able to get it going, Hammond needed the aid of The Grand Tour co-host James May and another mate to stop and dismount. 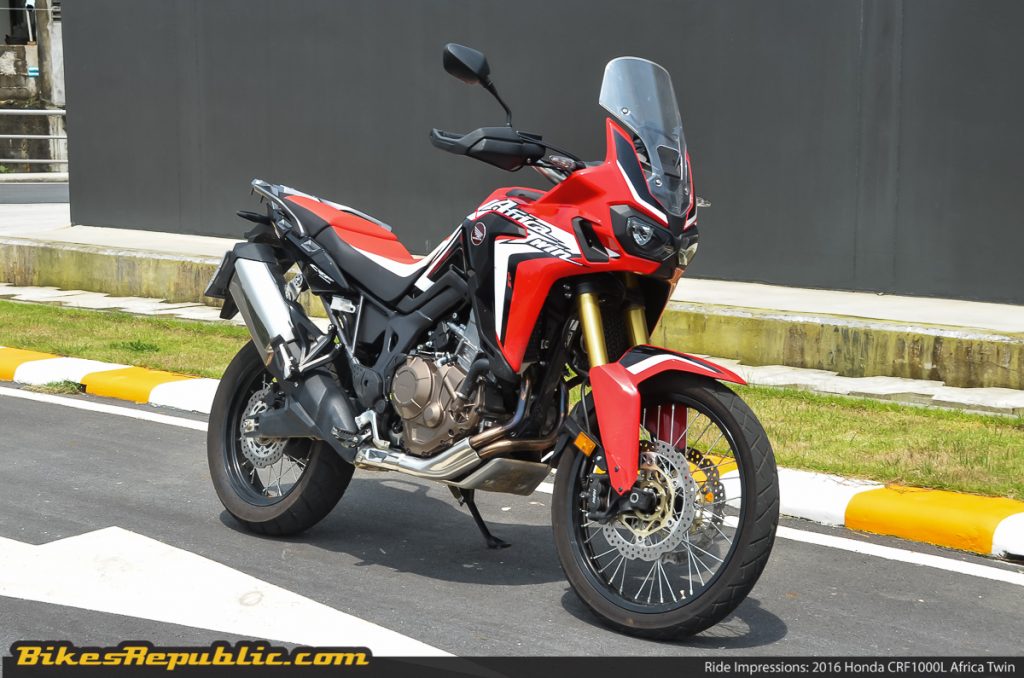 Adding to that was the equally hilarious description Hammond posted for the video on his page:

..AND YES, IT’S A HEIGHT THING. HONDA LENT US A NEW AFRICA TWIN. I THINK THIS ONE IS BETTER SUITED TO JAMES, AND NOT BECAUSE IT’S SLOW…

Apparently, the back-story to this hilarious situation was that the DriveTribe folks purposely chose a test unit with the standard-spec seat height of 870mm as a practical joke on the height-challenged presenter. Honda does have a low-seat version of the Africa Twin with a 20mm lower seat height of 850mm that we reckon would’ve been easier for Hammond to manage.

By the way, we had a chance to have a go with the new Honda CRF1000L Africa Twin ourselves late last year during the Honda Asian Journey 2016 campaign. This hyper-dual-purpose was an impressive ride to say the least and you can read our impressions of it by clicking here.