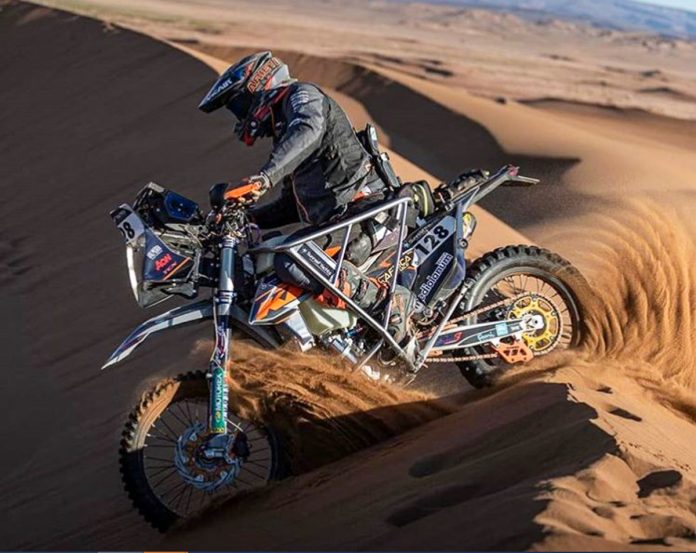 Want to know something awesome? Nicola Dutto became the first-ever paraplegic rider to complete the Africa Eco Race, an ultra-tough 4,000km 12-stage off-road rally in Northern Africa. That’s right, the man can’t use his feet BUT he rode his specialised KTM and gave other able-bodied competitors a run for their money! 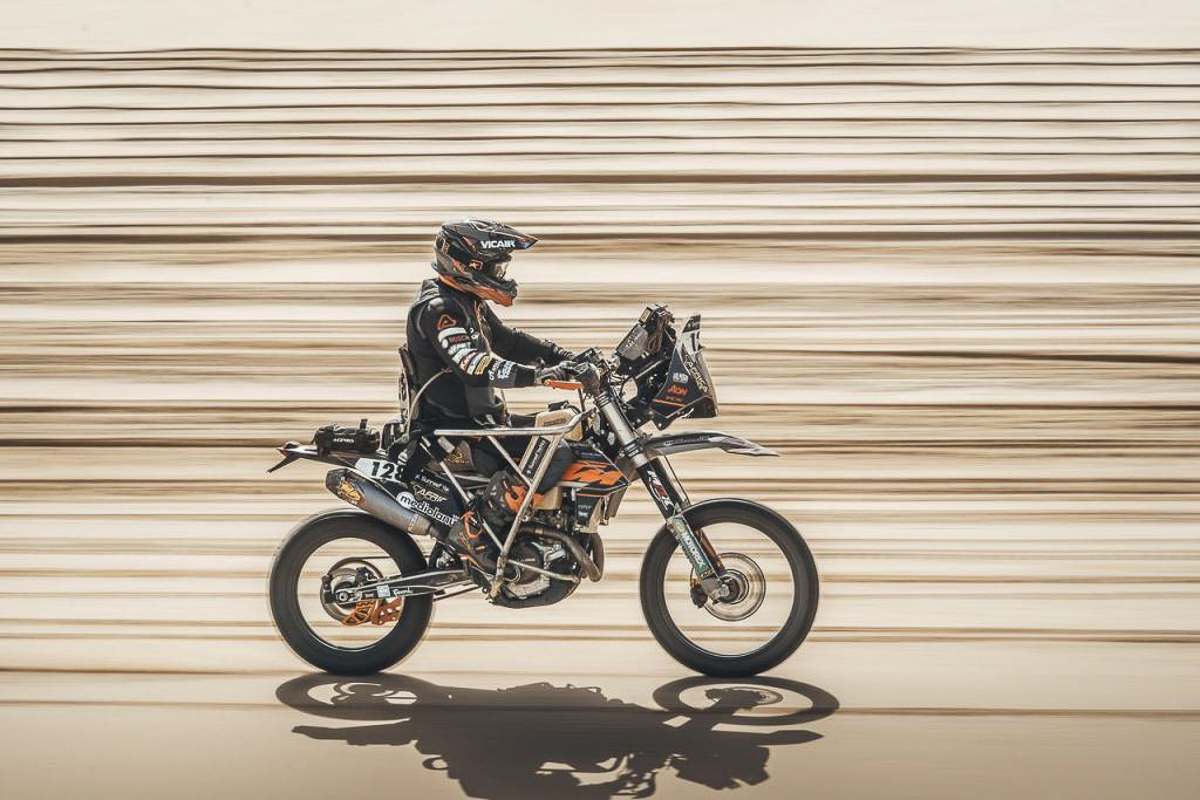 Nicola Dutto, a paraplegic pro rider finished the Africa Eco Race last week (19 January 2020) in 47th place. That’s not bad at all considering that there were 66 riders in the category. AND he’s 50 years old who became paralysed from the waist down back in 2010 when he suffered a horrific crash in the Italian Baja competition.

So, how was he able to complete such a daunting task? Firstly, he had a specially modified KTM 450 EXC-F that was specially built for his riding needs, which includes: 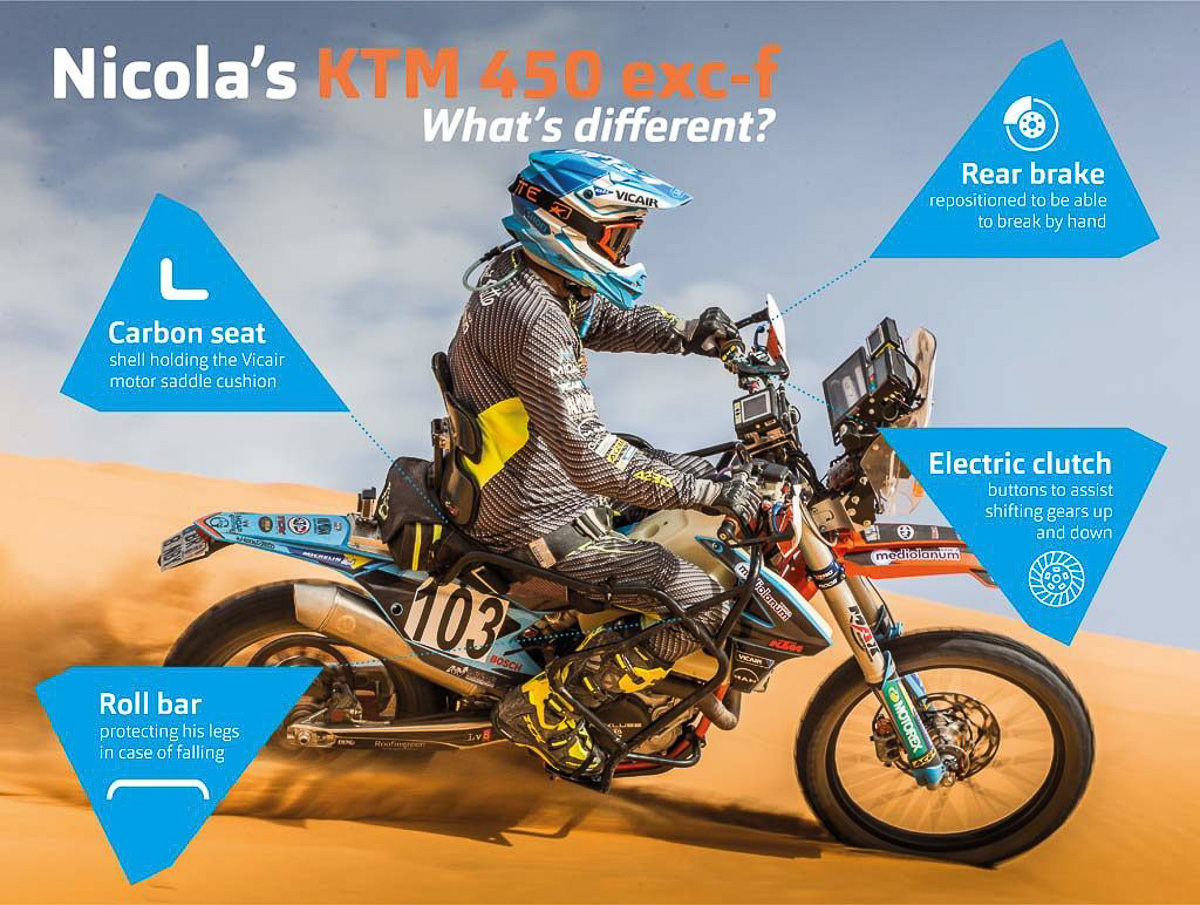 Dutto also had “ghost riders” assisting him by scouting the riding conditions at the front with another rider at back to assist if he happens to fall from his bike. 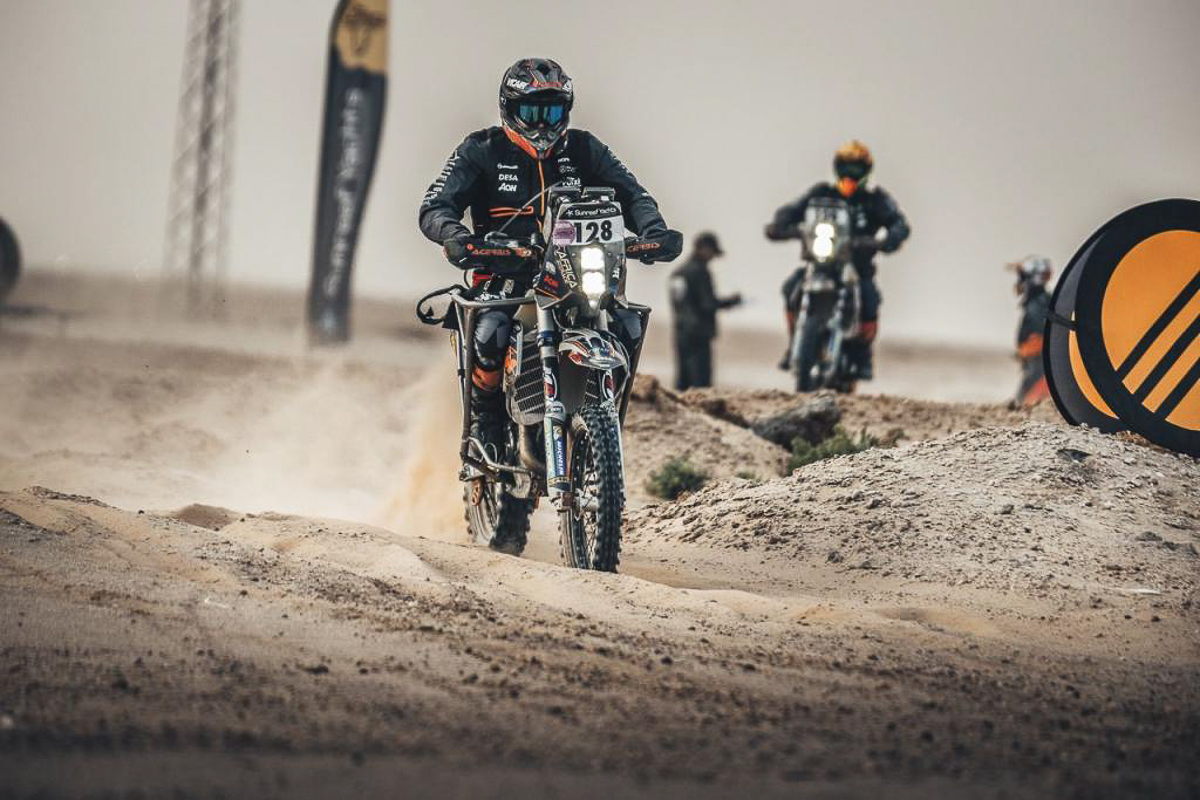 According to Nicola Dutto himself, “The hardest part for me was the loop in remote Mauritania. It was a nightmare for both my body and my mind. The only choice for me was following in the tracks of the big trucks and going full throttle like a motocross racer.” 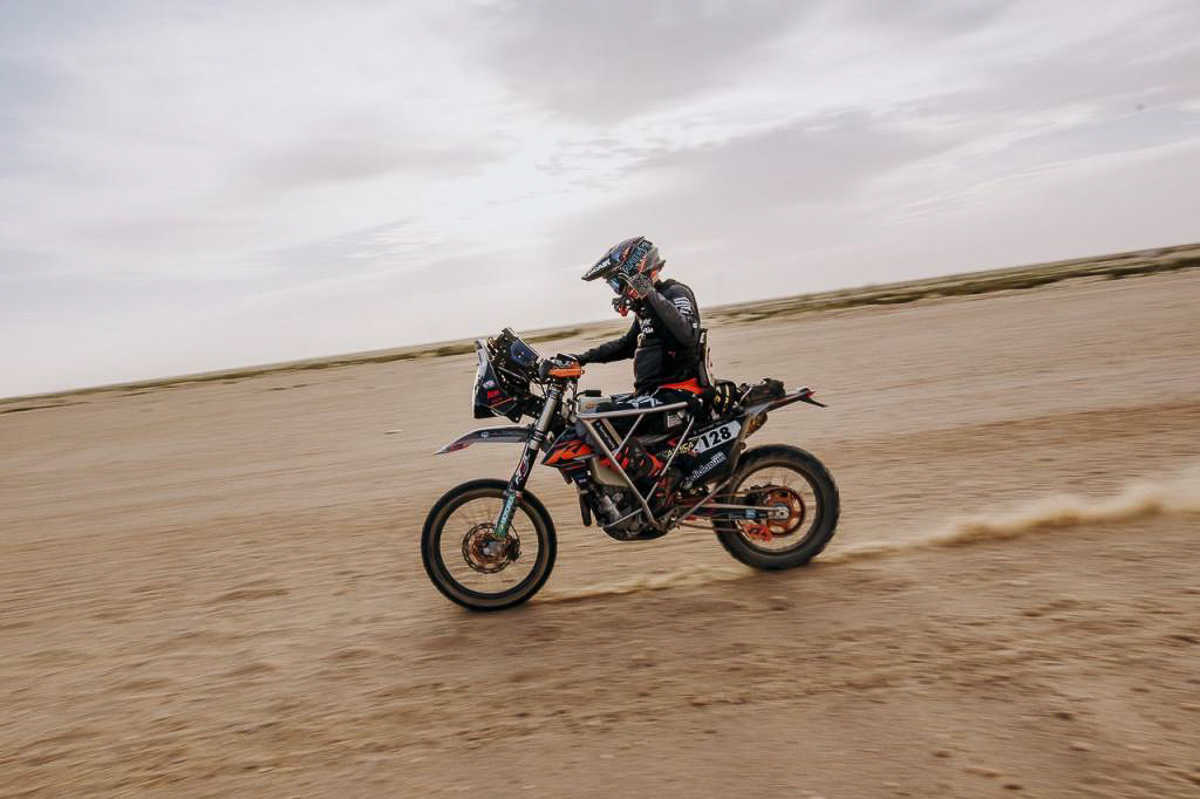 “It was such an amazing feeling. Indescribable. My ghost riders and mechanics, my partner Elena and all the training helped me to get here, but the passion I feel for riding motorcycles also helped me finish.” 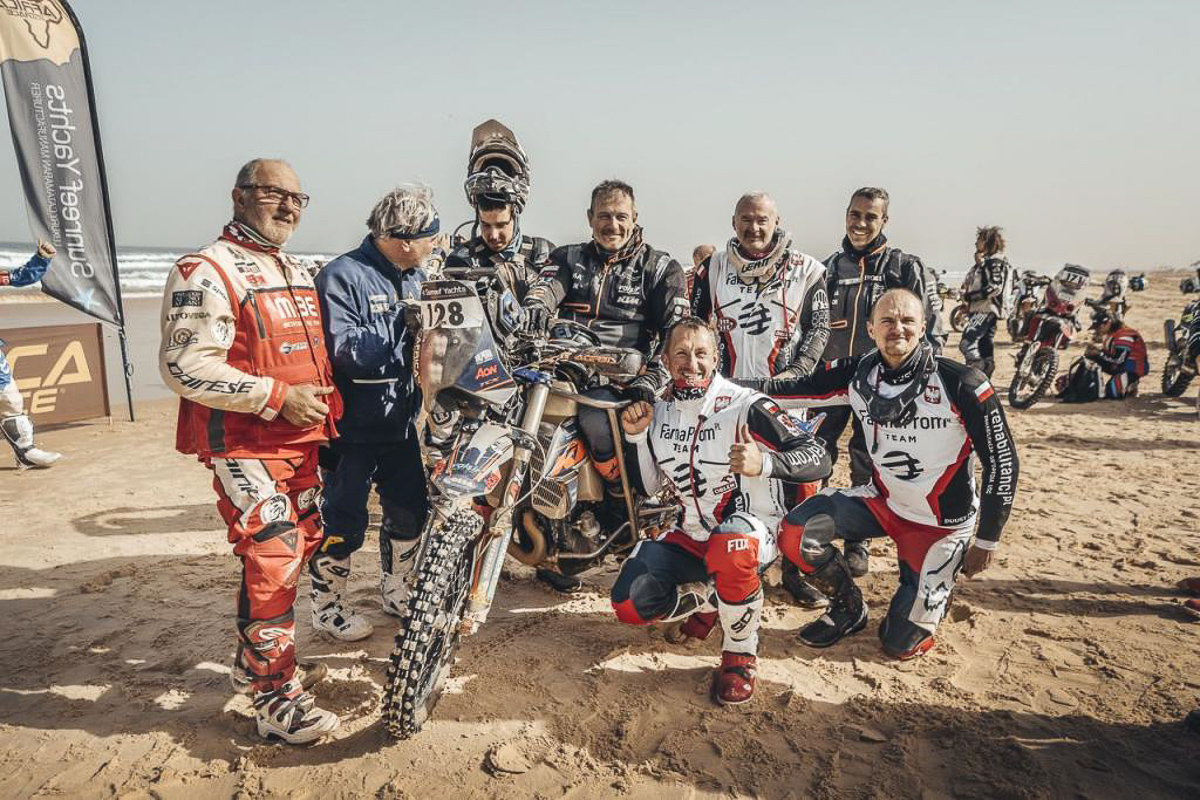 “If someone finds me an inspiration that’s good. Not returning to the bike was not even an option. It was the only choice for me. Once a biker, always a biker,” added Dutto when asked about his achievements and continuing to race. So, what’s your bloody excuse?