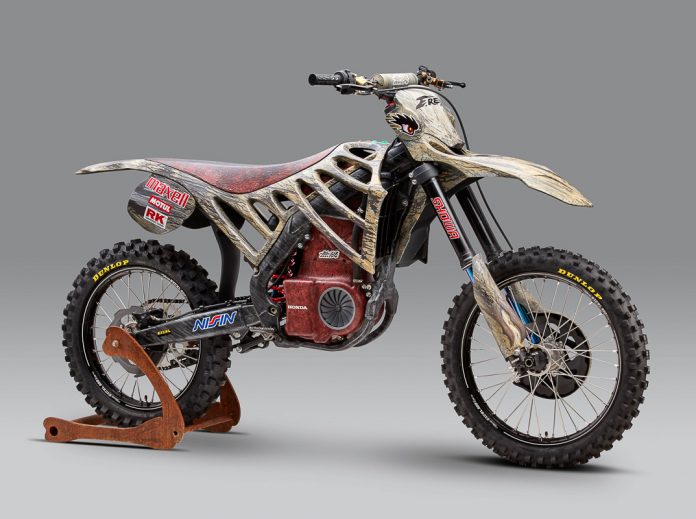 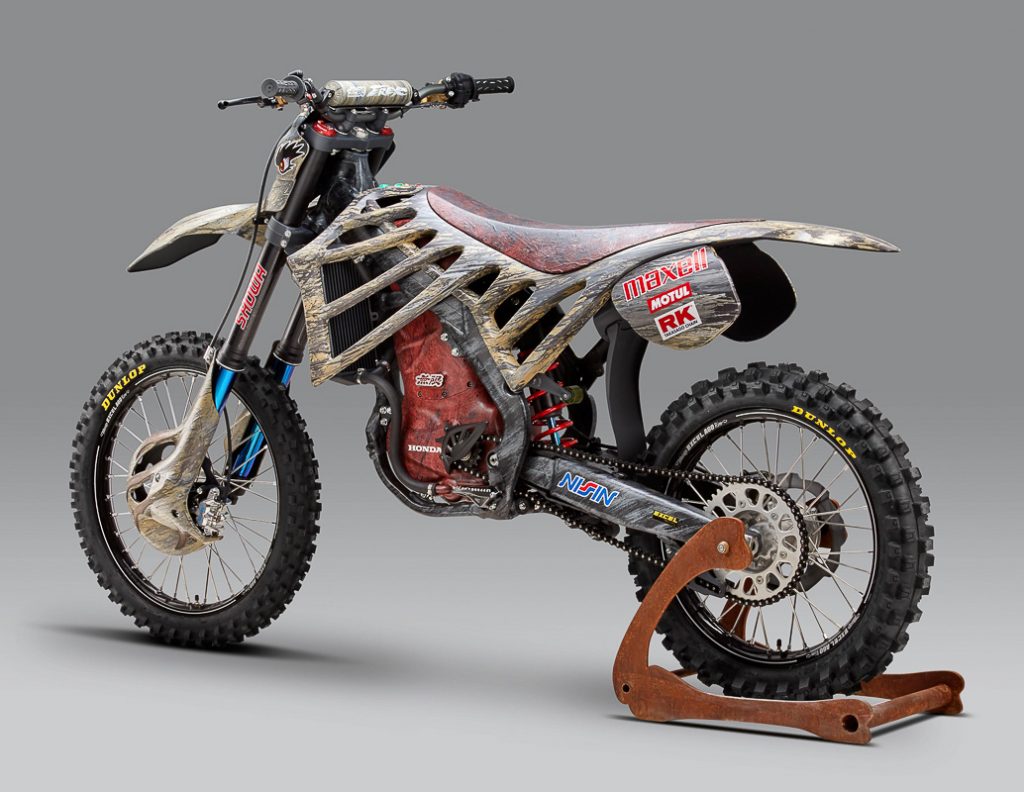 Mugen displayed their latest concept bike; the E.Rex. During the Tokyo Motorcycle Show 2017 that happened this past weekend meant that there’s a high possibility the motorcross industry is heading towards the Earth-friendly vibe.

The bike’s theme and overall look might not be something that most people will agree on especially with the dinosaur facade. If you can find your way around the questionable looks, you will start noticing that Mugen and Honda went to great lengths to give the E.Rex the best equipments available. The only reason why we think they went for this look was to be as a loud as possible so that anyone and everyone will notice this e-bike. 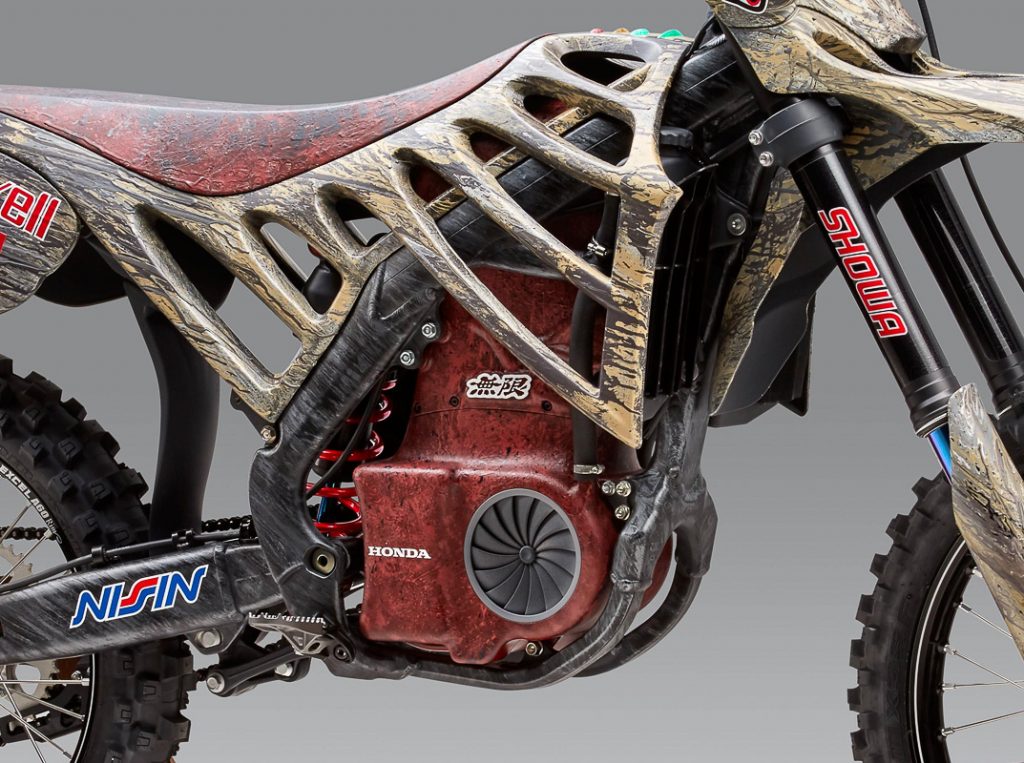 Note the high-end Showa front forks with Nissin suspensions at the back. Most bikers will have high expectations and respect upon seeing these two brand names. Also note that the brakes are garnished with a huge dose of carbon fibre goodness. Only the best when you’re trying to get noticed at the Tokyo Motorcycle Show.

Mugen is not new in the world of electric-powered motorcycles. In fact, they have been highly successful in the Isle of Man TT races. For the past few years, they have gathered continuous wins with the likes of John McGuiness and Guy Martin piloting their Shinden electric race bikes.

Their latest 163hp “Shinden Roku” with 210Nm of torque is the sixth generation race bike that has high hopes of breaking the 200mph speed barrier in this year’s Tourist Trophy at the Isle of Man. This fully electric race bike has six more horsepower and 103Nm more torque than the Ducati Panigale 959. All that power and torque without burning a single drop of fuel.

Although Mugen and Honda are only starting to dip their feet in the electric motorcross world, this move might be a big step into the future of motorcross racing. The fact that KTM has been heavily researching, developing and manufacturing their present Freeride E range, it’s not long before this trend catches on.