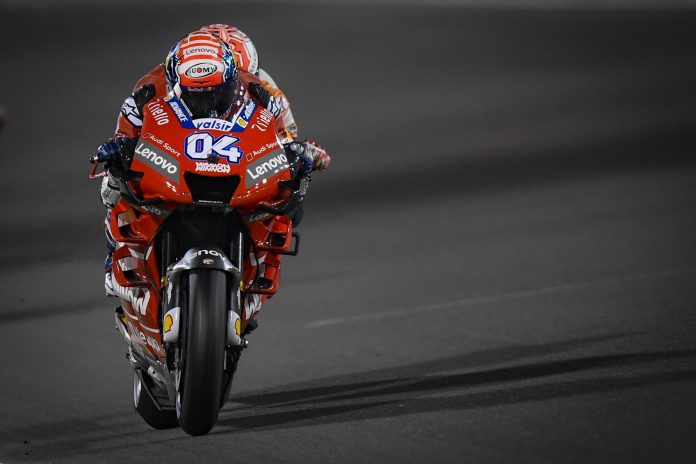 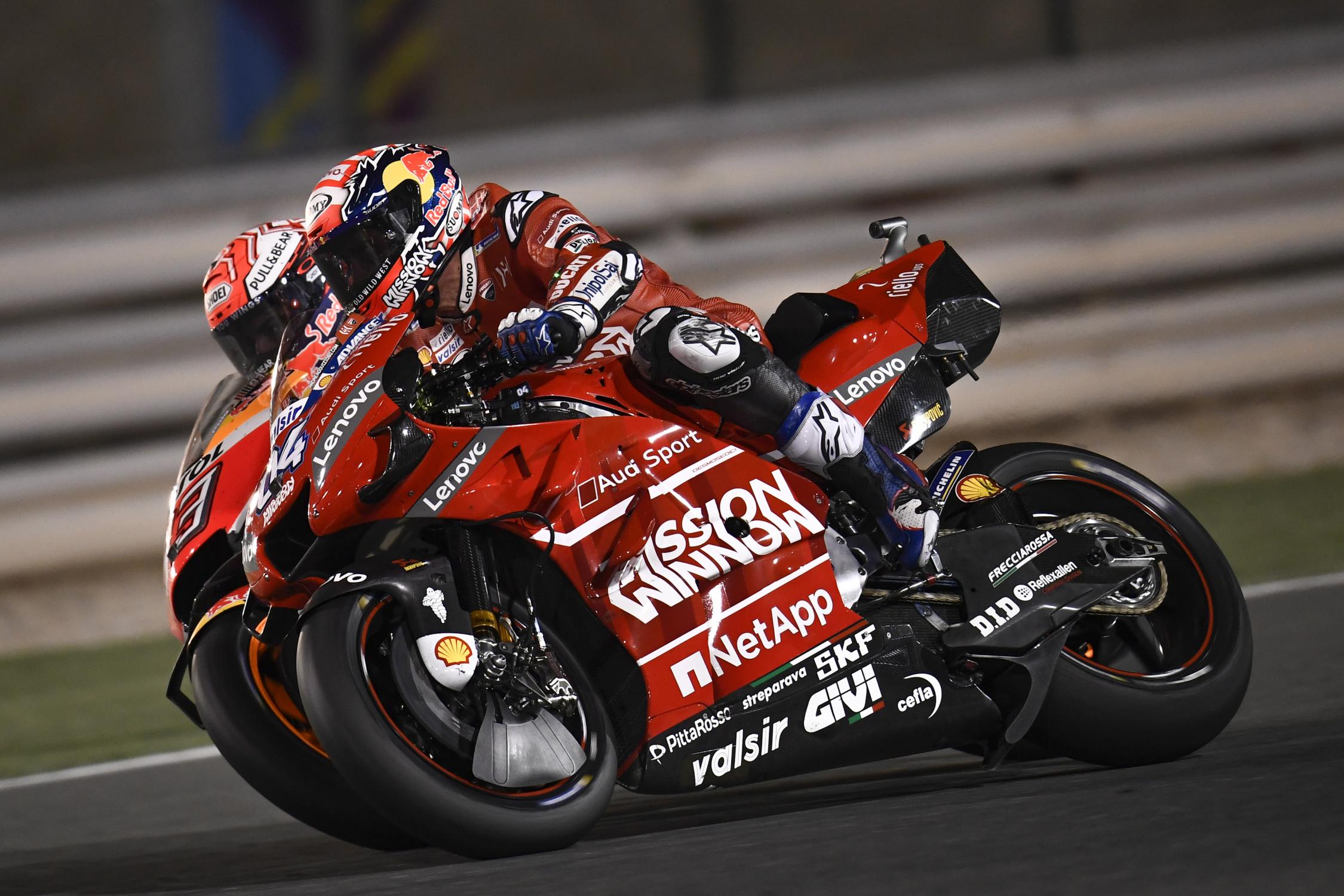 The opening MotoGP round of 2019 saw Andrea Dovizioso (Mission Winnow Ducati) and Marc Marquez (Repsol Honda) repeating the exact same battle and outcome as last season’s opening race. The almost identical battle saw Marquez taking the lunge again in the final corner but the wise Italian took advantage and blasted down the front straight to cross the chequered flag first. 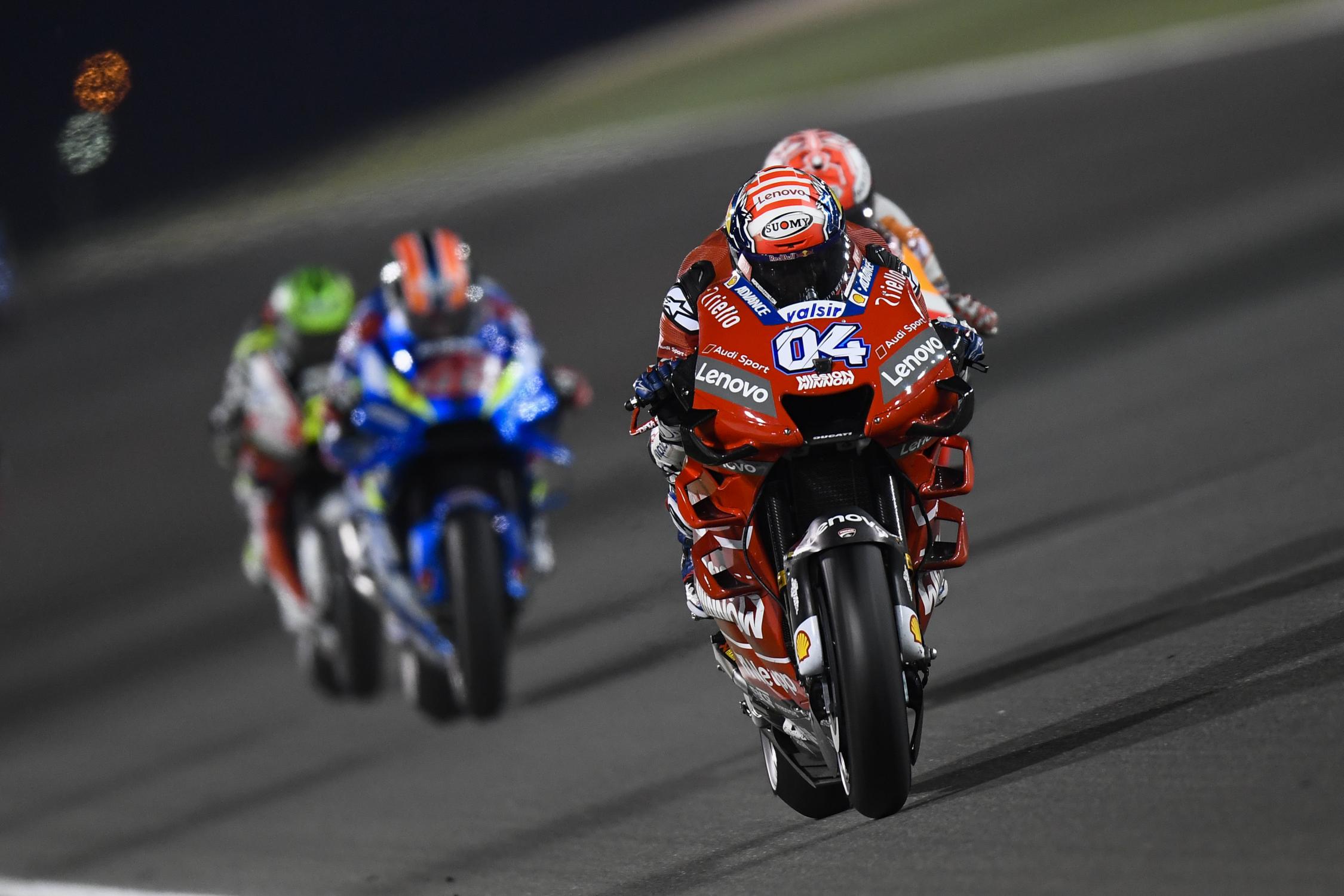 It was indeed a race to remember with so many eventful happenings that took place throughout the race. What we thought would be a three-way battle between Dovizioso, Marquez, and pole man Maverick Vinales (Monster Energy Yamaha MotoGP) turned out to be an epic fight with Team Suzuki Ecstar’s Alex Rins. 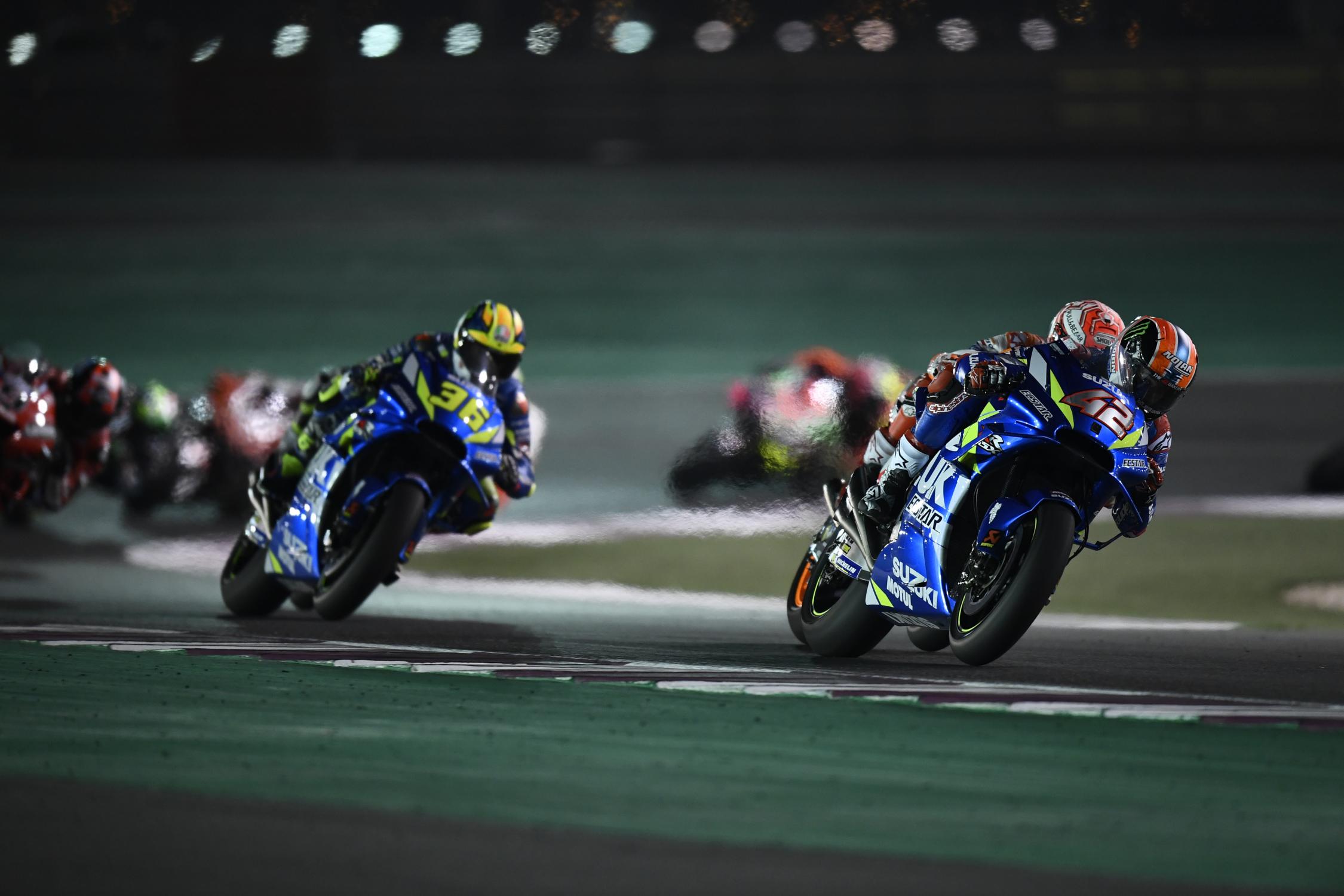 The young Spaniard and his highly-improved Suzuki GSX-RR clearly showed massive superiority in the corners with Dovizioso and Marquez keeping it close behind but once they entered the front straight, the powers of the Ducati Desmosedici GP19 and Honda RC213V reigned supreme against Suzuki. 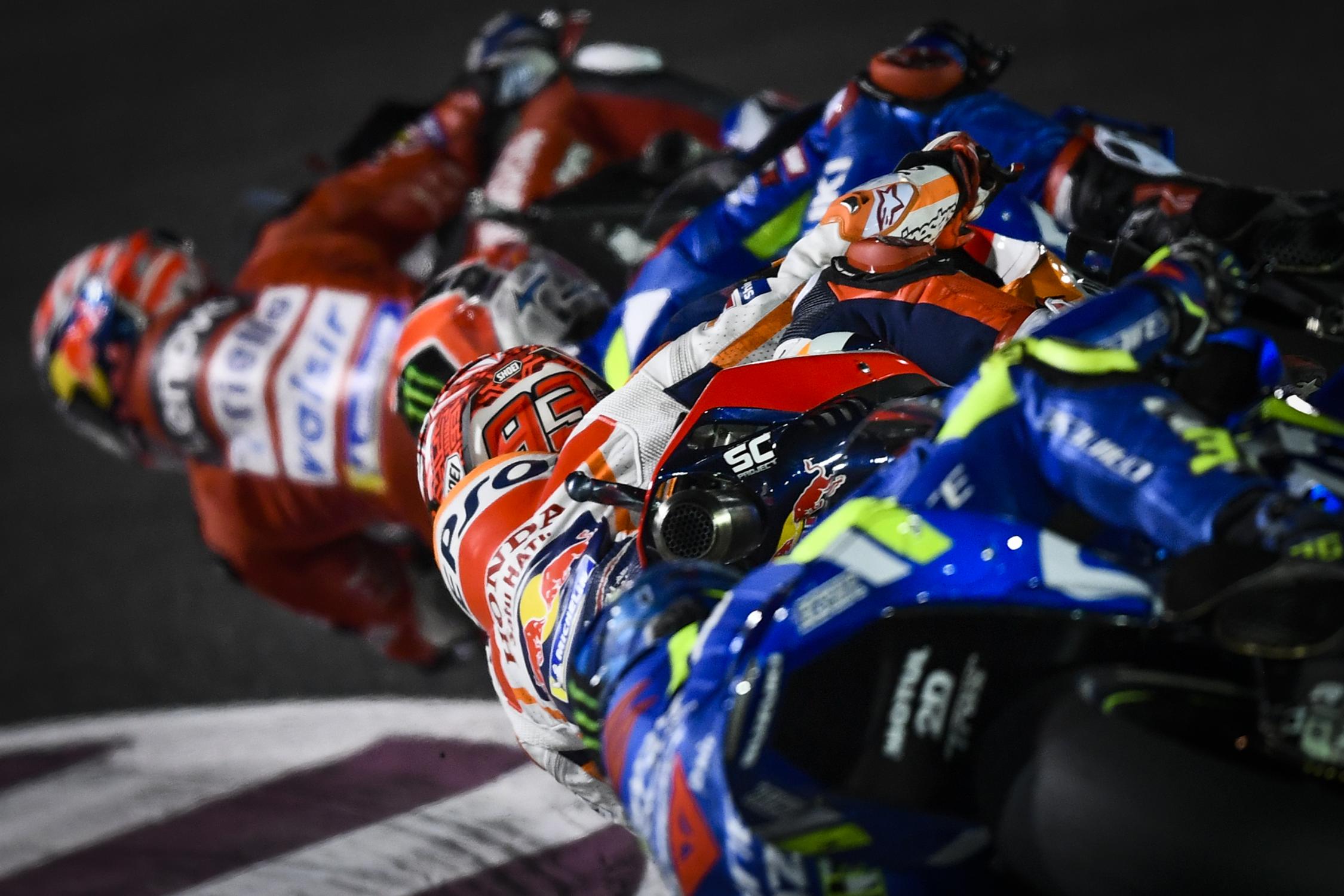 Towards the end of the race, Rins slowly slipped behind and Cal Crutchlow (LCR Honda Castrol) took advantage of the situation by taking the final podium spot. It was a great comeback for the Brit rider after missing several races at the end of last season due to injury. 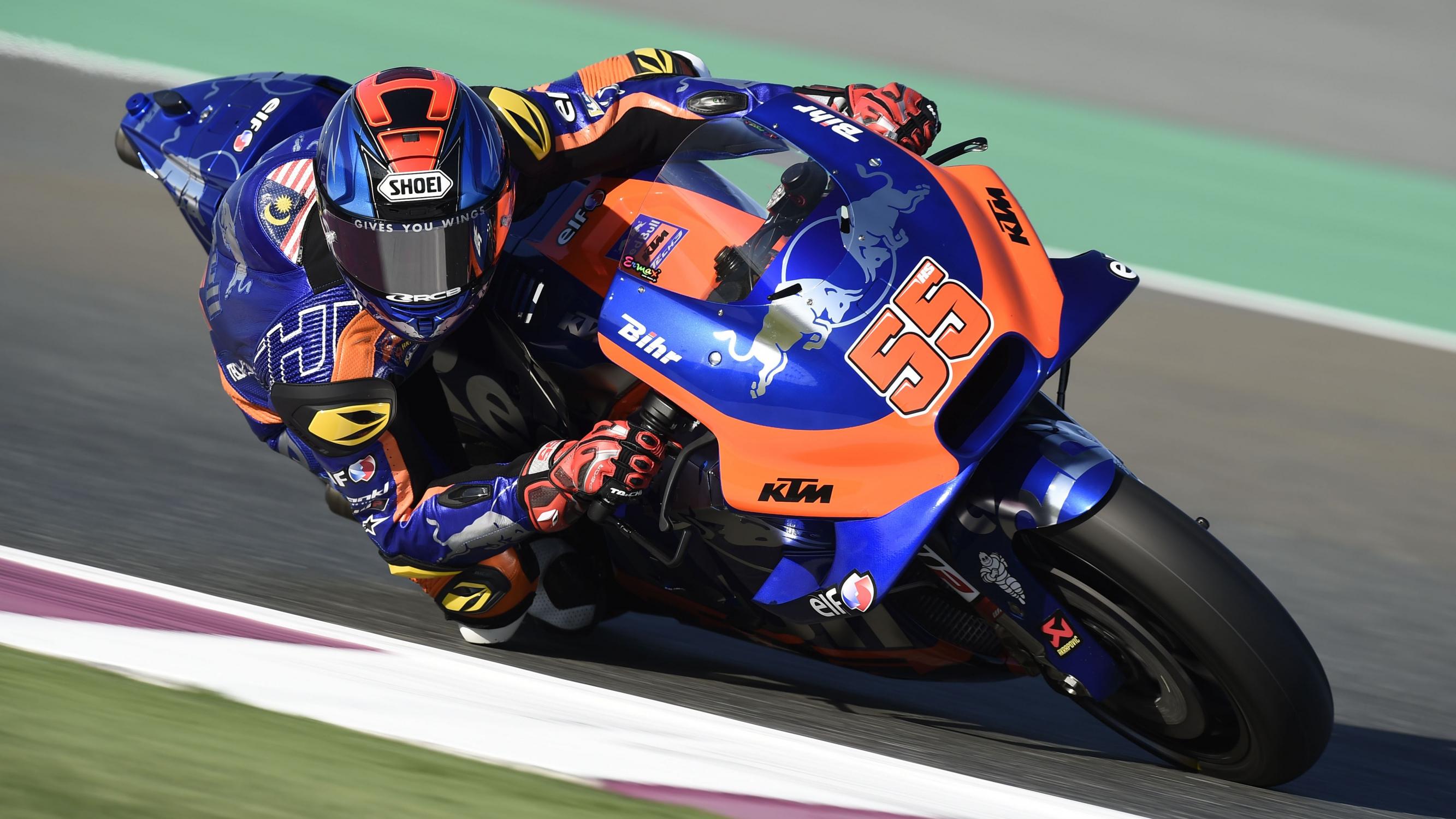 Our very own Malaysian hero, Hafizh Syahrin (Red Bull KTM Tech 3) managed to complete the race in 20th place despite several riders in front of him dropping out due to mistakes and mechanical issues. It was a brutal race to learn from, ,especially KTM where all of their riders suffered and weren’t able to bring the fight to the top group. 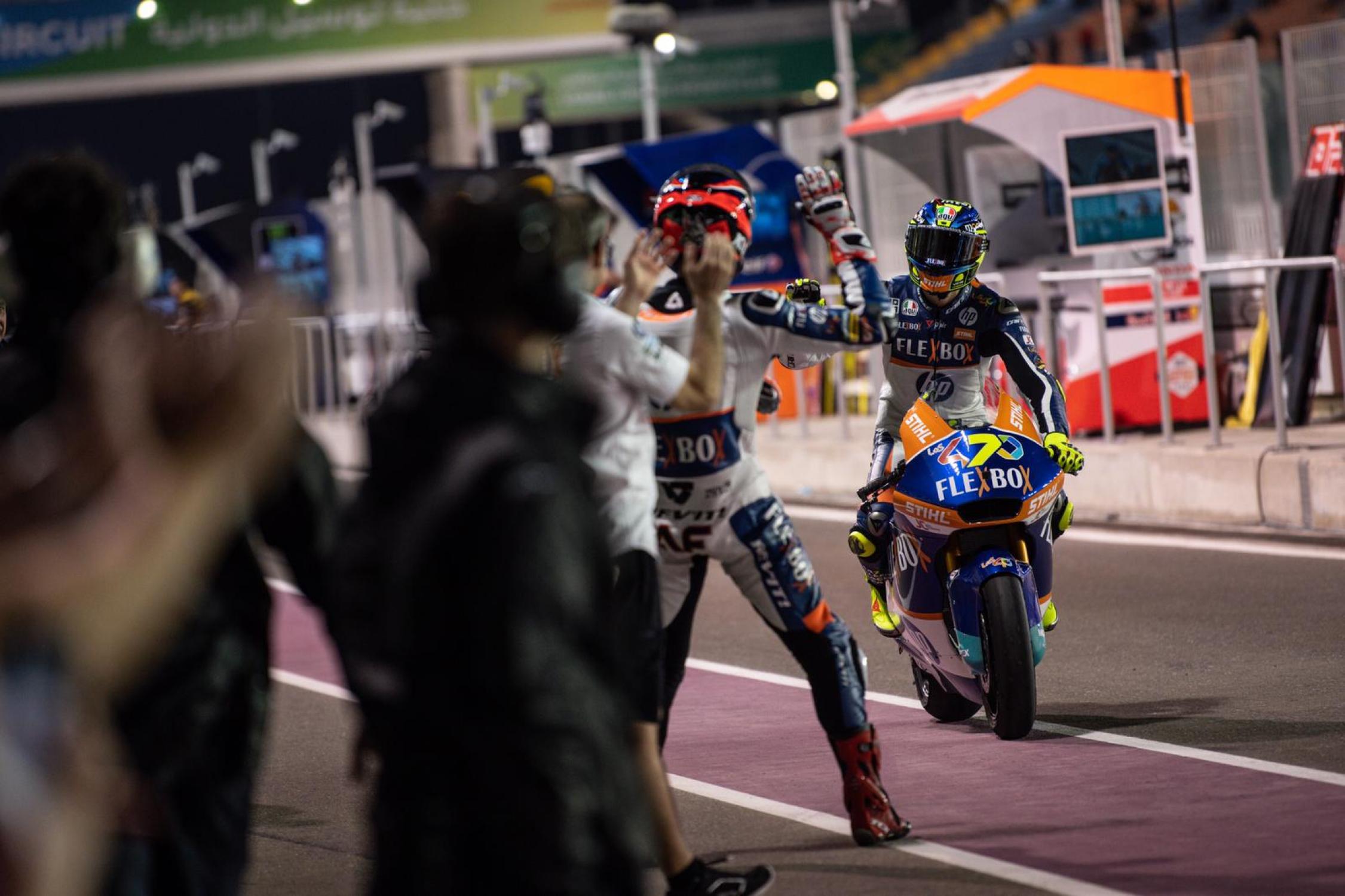 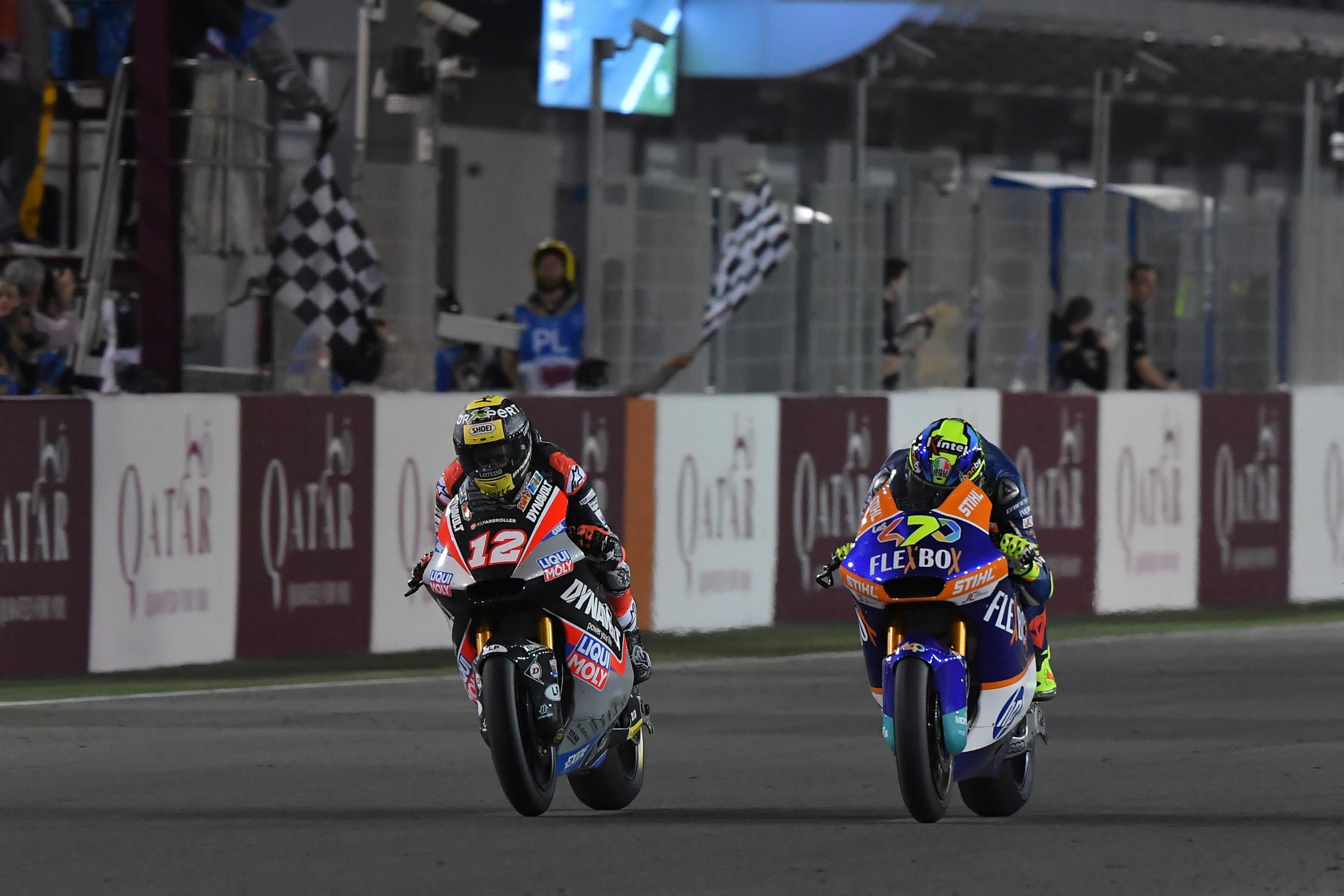 Luthi triumphant return to Moto2 was like a fairytale after a brutal non-scoring season in Moto2 last year. Not many folks were able to pull this off when dropping back down from the premier class but Luthi proved to everyone that he is not to be underestimated, especially when he has the right bike package. 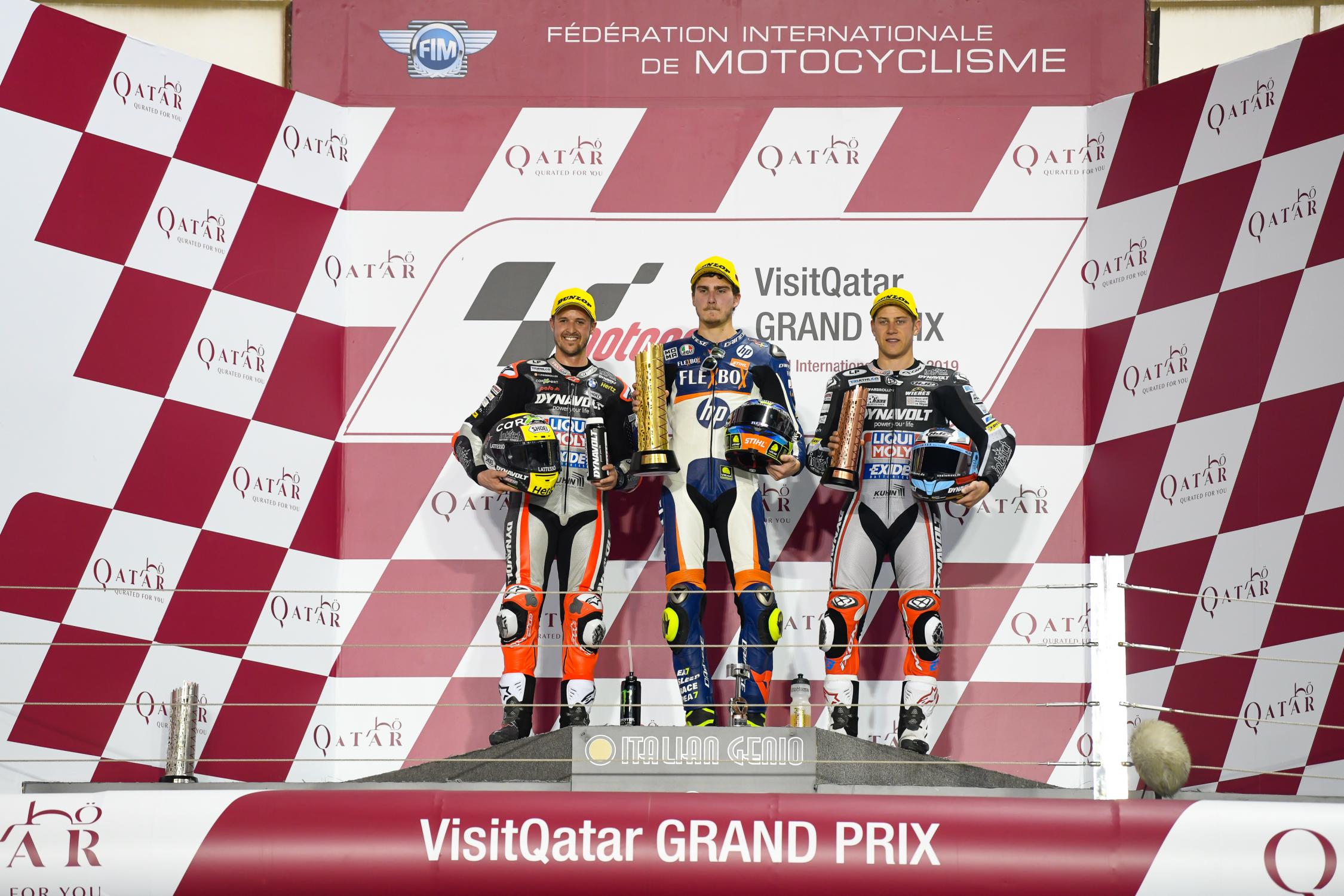 Remy Gardner (ONEXOX TKKR SAG Team) was looking forward to his first-ever podium finish in Moto2. Having delivered a brilliant performance throughout the race and fighting for podium contention, that dream was ripped away from him right at the finishing line by Marcel Schrotter (Dynavolt Intact GP) with only a photo-finish gap of 0.003 second separating the two. 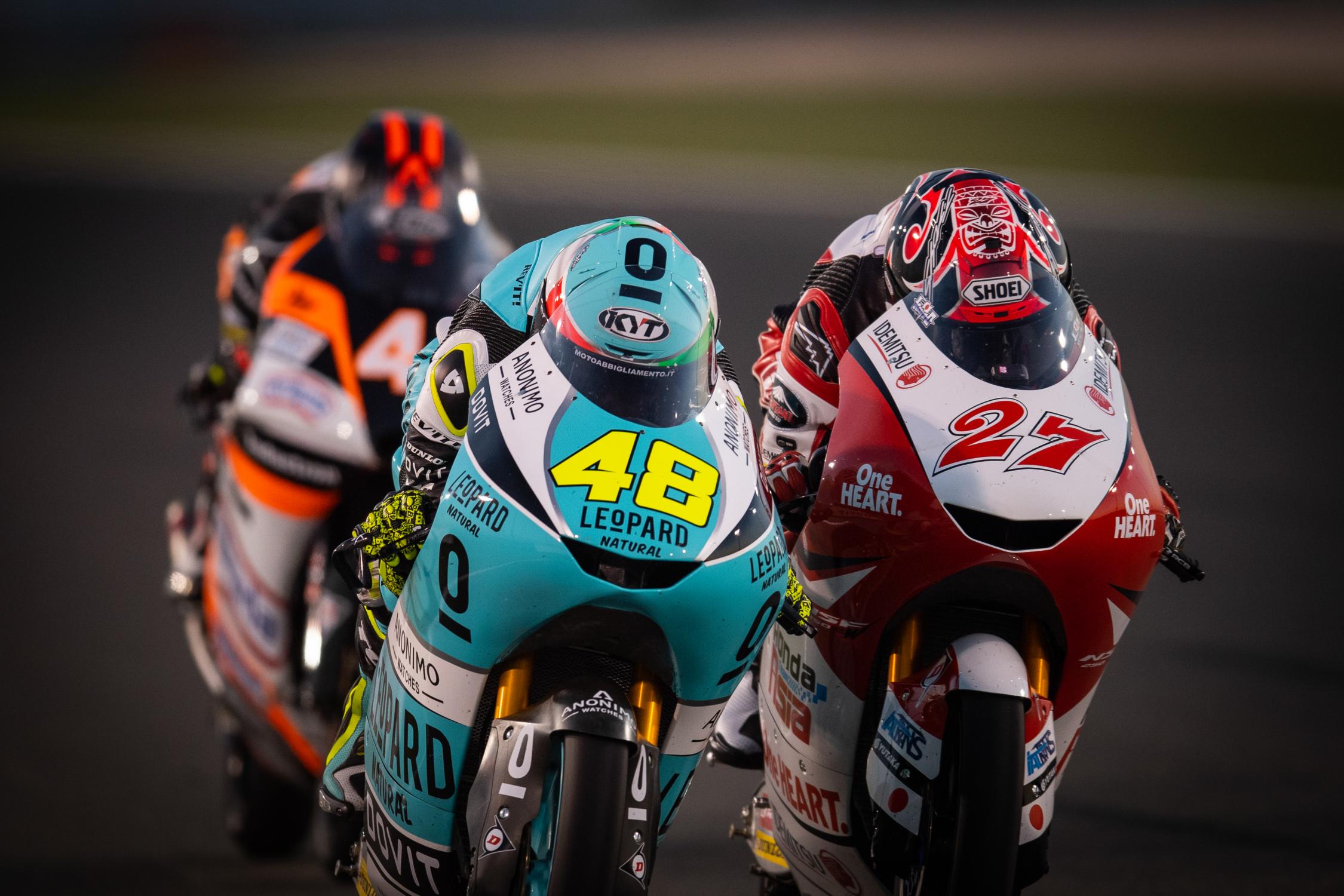 Moto3 was equally exciting to watch as Kaito Toba (Honda Team Asia) created yet another historic moment by becoming the first-ever Japanese rider to win a Moto3 race and the first to win the Lightweight class since Tomoyoshi Koyama way back in 2007. 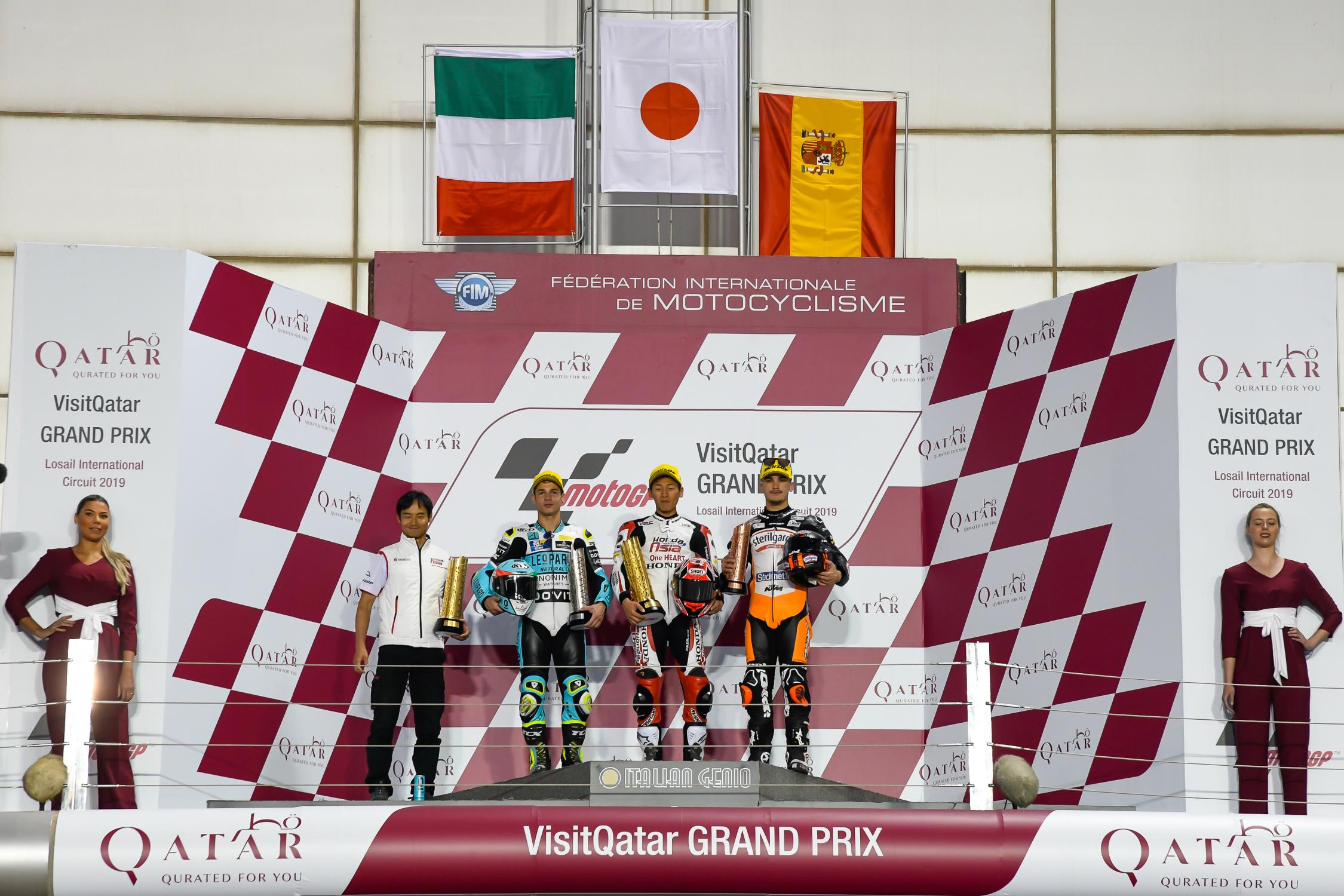 Having started from third position, the young Japanese rider showed great skills, patience, and intelligence in the Moto3 battle especially in the last lap where he knew that he needed to be in 2nd place in the last corner to take advantage of the slipstream to victory during the front straight. 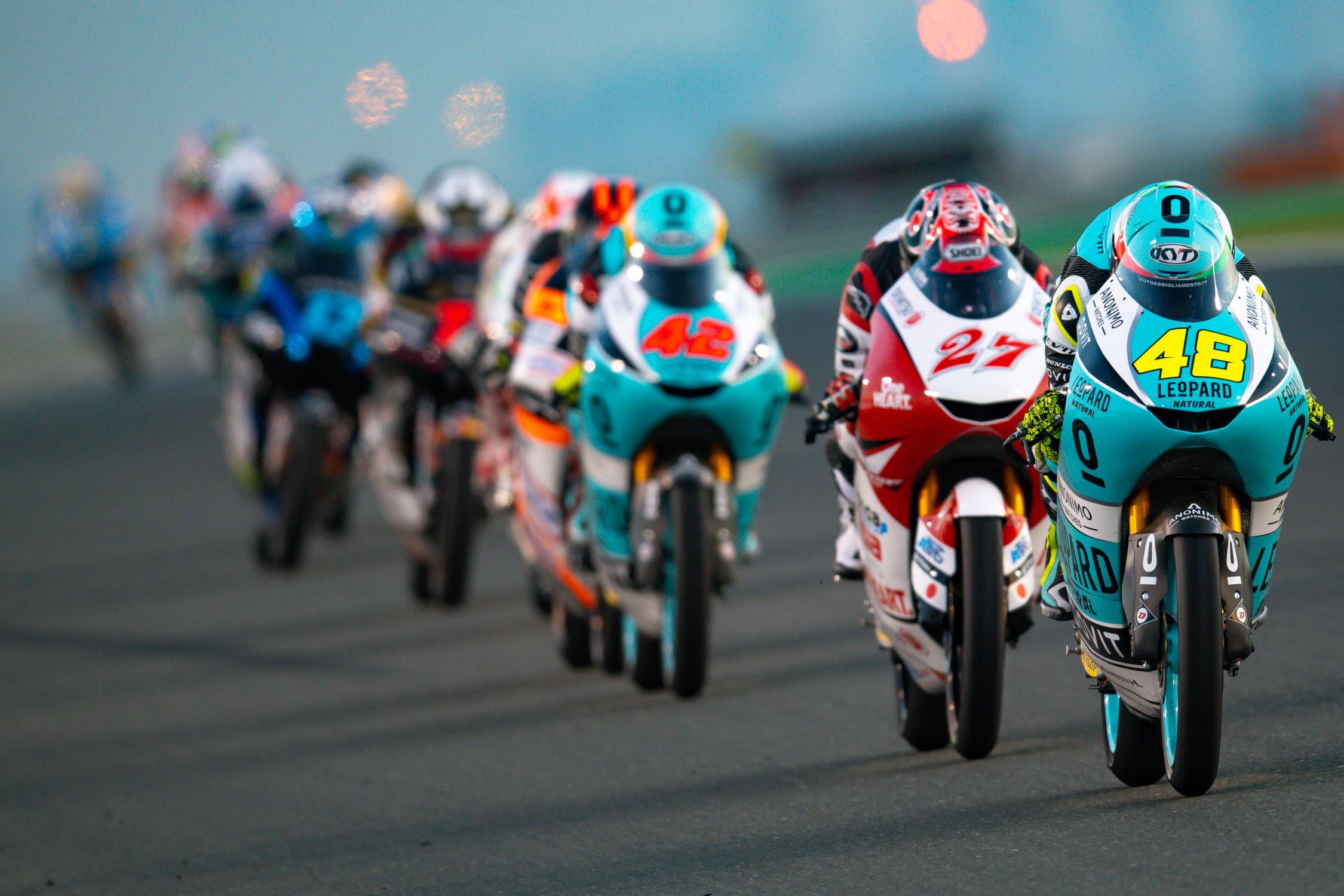 That was what he allowed Lorenzo Dalla Porta (Leopard Racing) to do and snatched victory away from the young Italian with a gap of only 0.053 seconds. Pole sitter Aron Canet (Sterilgarda Max Racing Team) managed to salvage third place after a grueling battle with 10 other riders in the leading group where they were only spread apart within a second. 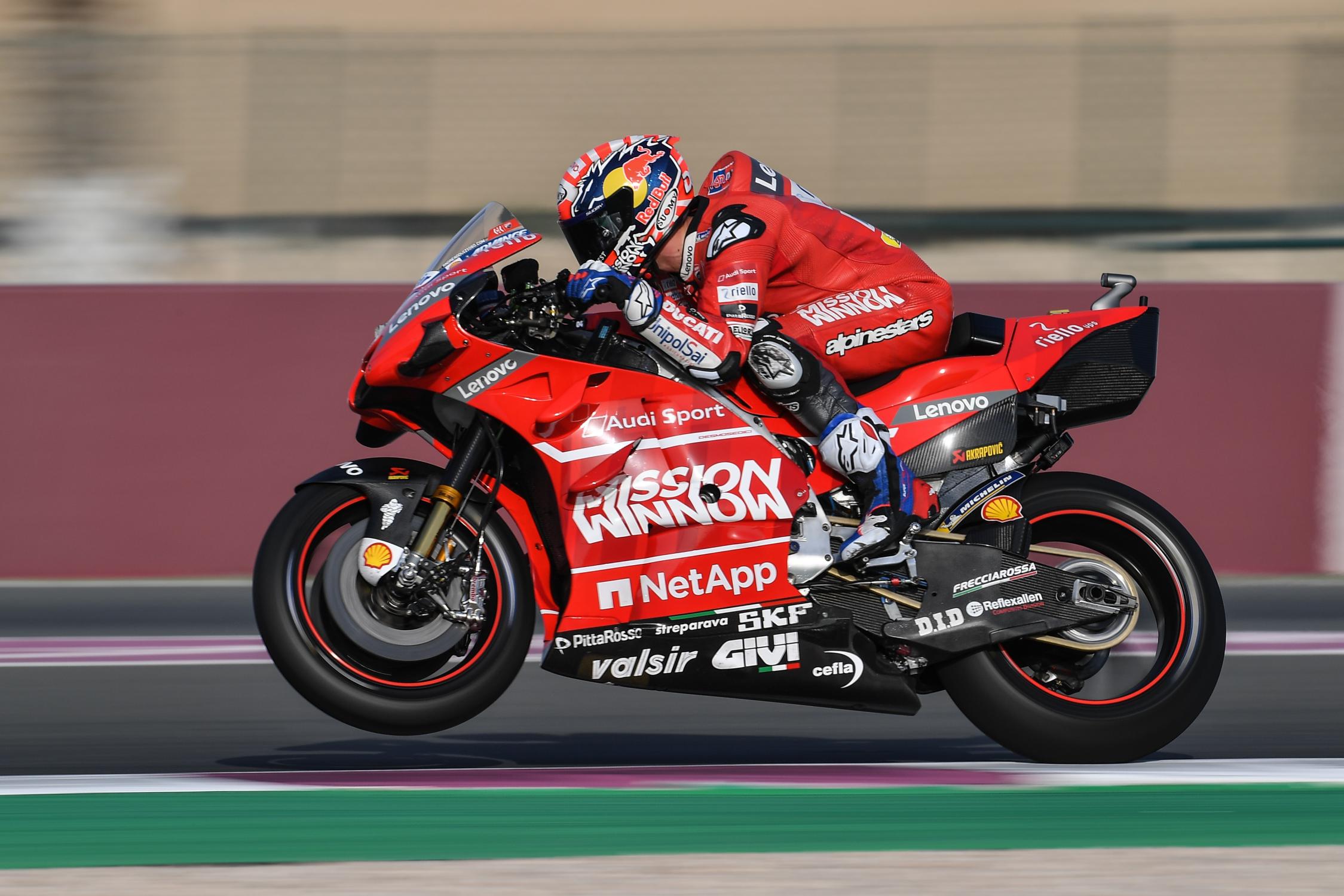 MotoGP continues to Argentina in three weeks’ time for the Gran Premio Motul de la Republica Argentina from 29-31 March 2019. Will this season be another epic battle between Ducati and Honda or will Suzuki and Yamaha have something to say about this? Stay tuned for more MotoGP updates.