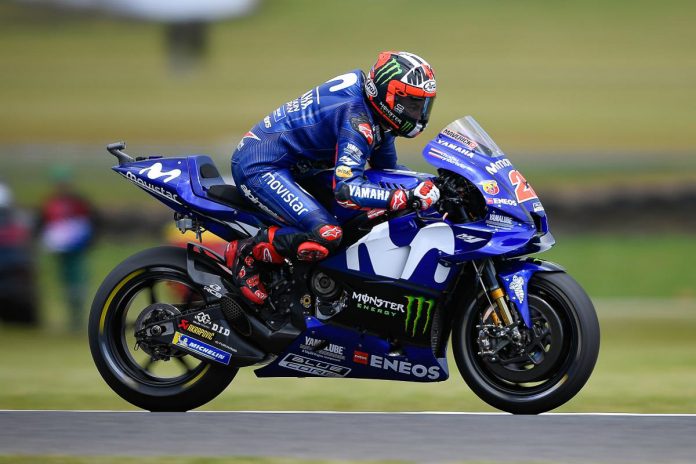 If you’ve been spending the past few hours in front of the TV watching the Australian MotoGP round at Phillip Island, you would agree when we saw that all three races from Moto3 all the way up to MotoGP were jam-packed with action and drama. The MotoGP race was no exception as Maverick Vinales (Movistar Yamaha MotoGP) finally secured a win for the Japanese factory.

What a display by Viñales

The losing streak is over 💪Maverick Viñales takes Yamaha's first win since the 2017 #DutchGP and his first in 18 months! 🏁#AustralianGP 🇦🇺

After over a year with no victories (last Yamaha win was the Dutch GP 2017 where Rossi won), Vinales finally ended Yamaha’s longest ever losing streak and he showcased exactly what the Yamaha YZR-M1 is capable of when it is running at optimum levels. Having started from P2, he shot to the front position after a number of DNFs, particularly the one suffered by Johann Zarco (Monster Yamaha Tech 3) and Marc Marquez (Repsol Honda). 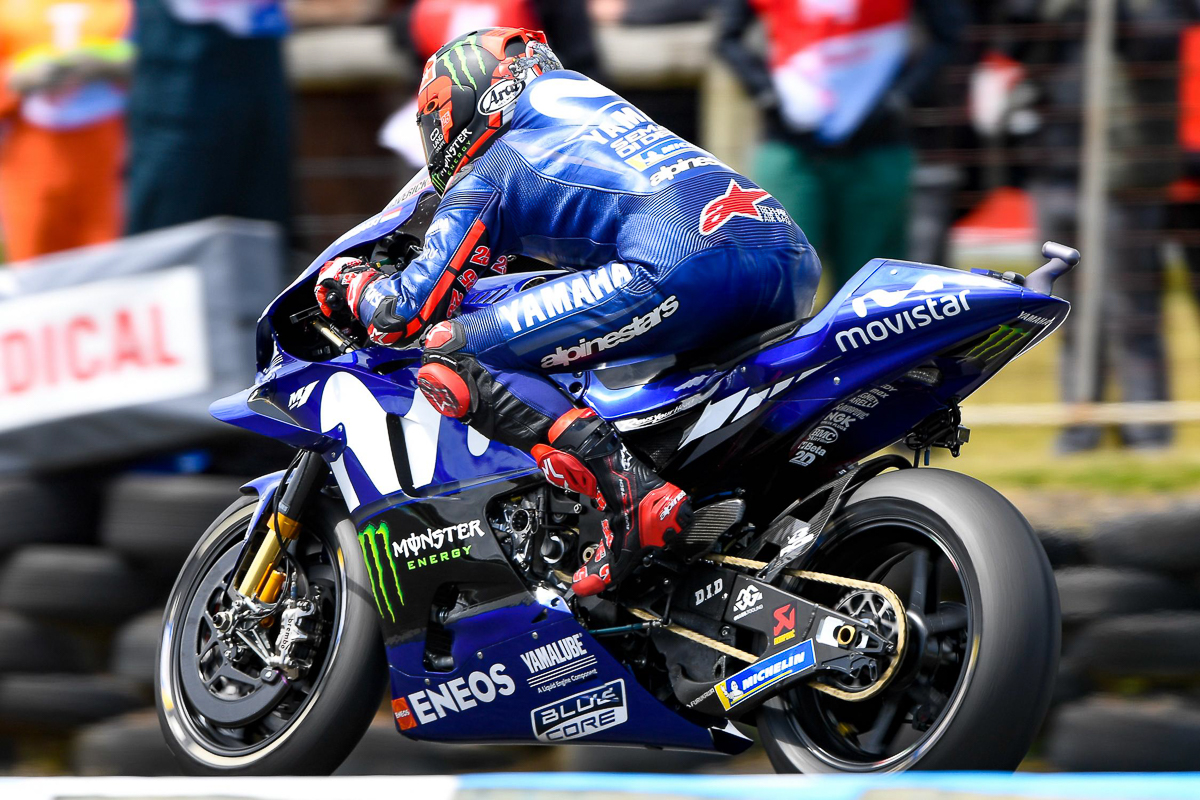 It was a different story altogether where around five high-profile riders fighting for the second position. These riders include the two Ducati factory riders, Andrea Dovizioso and Jorge Lorenzo’s replacement, Alvaro Bautista, the two Suzuki factory boys, Andrea Iannone and Alex Rins, and Valentino Rossi. 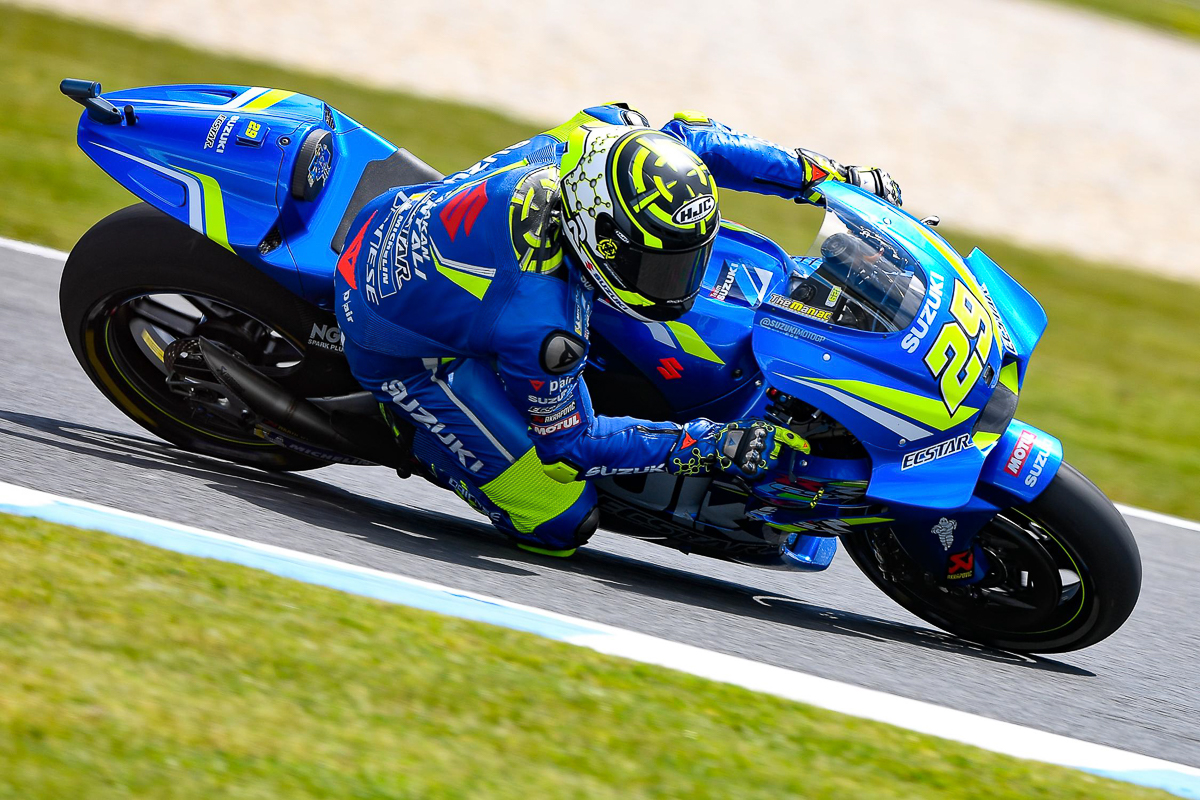 After a number of battles, Andrea Iannone came in second followed by Andrea Dovizioso and surprisingly, Alvaro Bautista in fourth place. This is the very first weekend that Bautista rode the latest Ducati Desmosedici GP18 machinery and he proved to every single one that he is indeed a force to be reckoned with when riding a well-developed race machine. 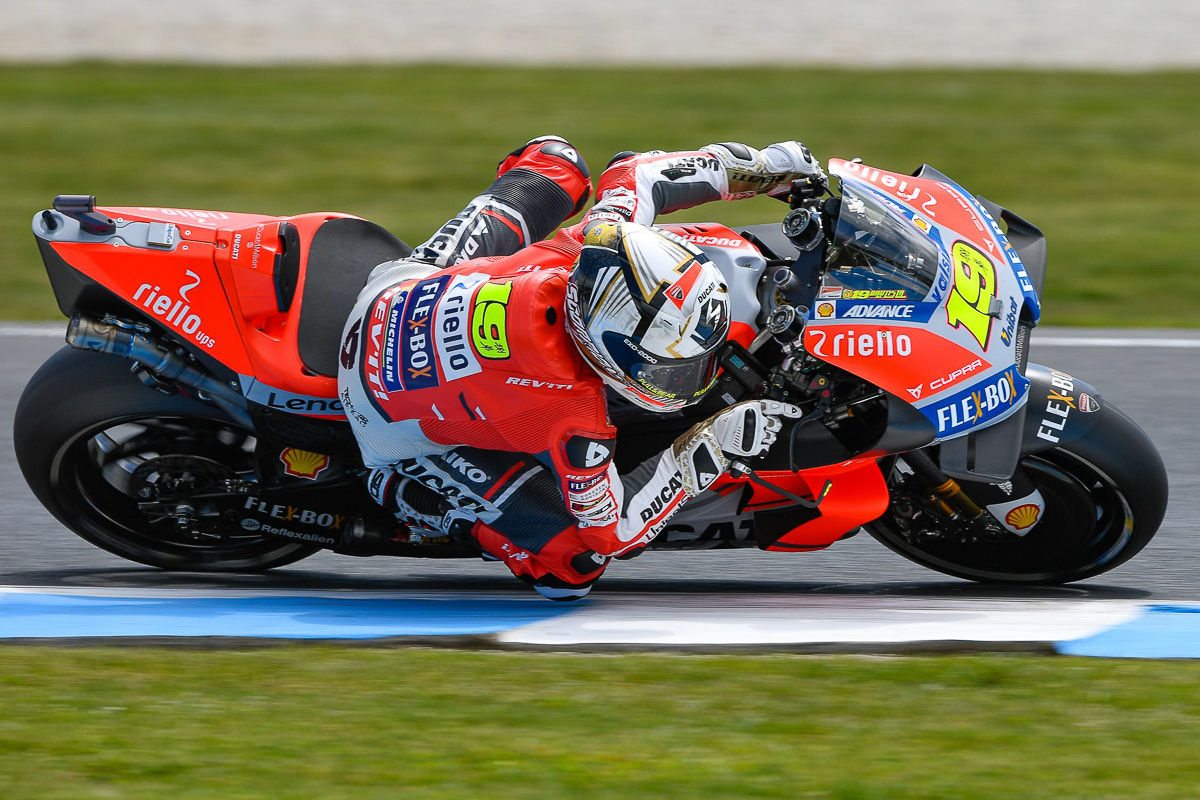 Alex Rins finished in fifth place followed by Valentino Rossi in P6 and local Aussie Jack Miller also impressively ended in parc ferme with his best finish of P7 and best privateer of the round. The local hero actually shot to the front of the group in the earlier part of the race but slowly fell back to sixth. 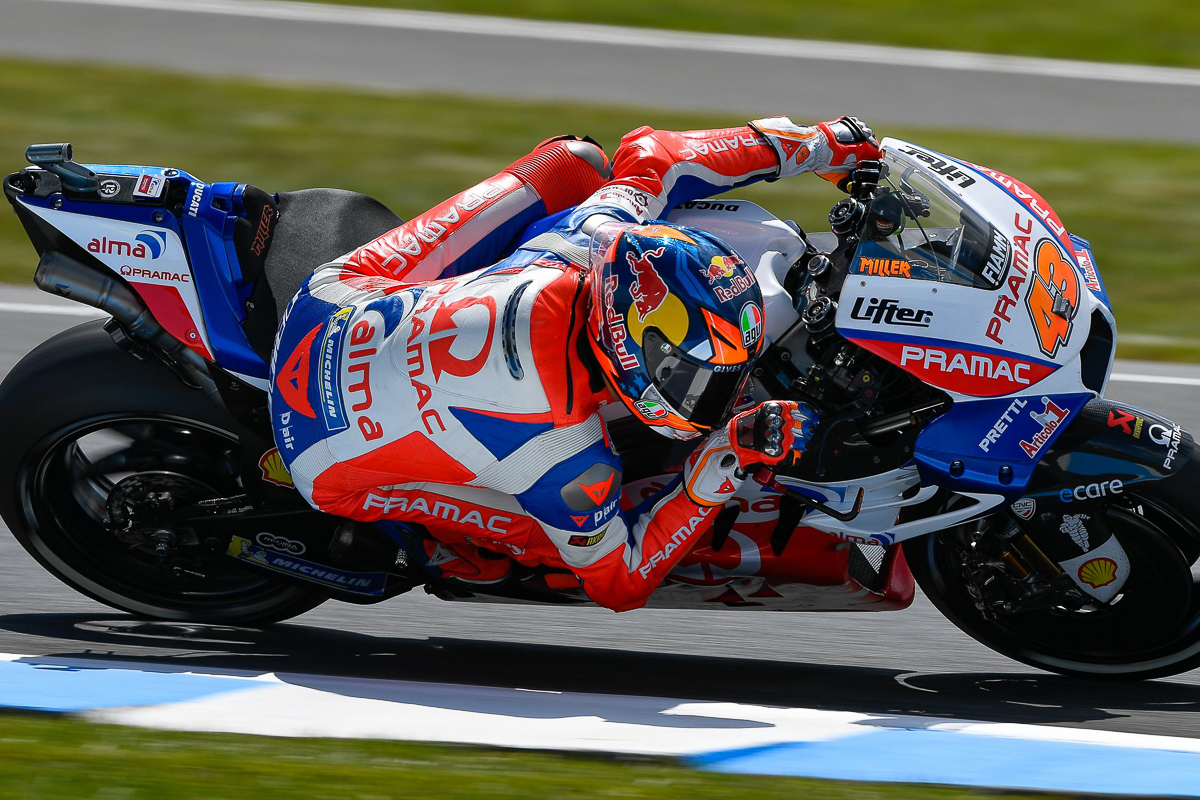 As for our hometown hero, Hafizh Syahrin, he was doing exceptionally well with his best placing of P8 before ending up in the gravel. With 7 laps remaining, it was a disaster for the young Malaysian as Franco Morbidelli (EG 0,0 Marc VDS) continues to extend his lead for the title of 2018 MotoGP Rookie of the Year. 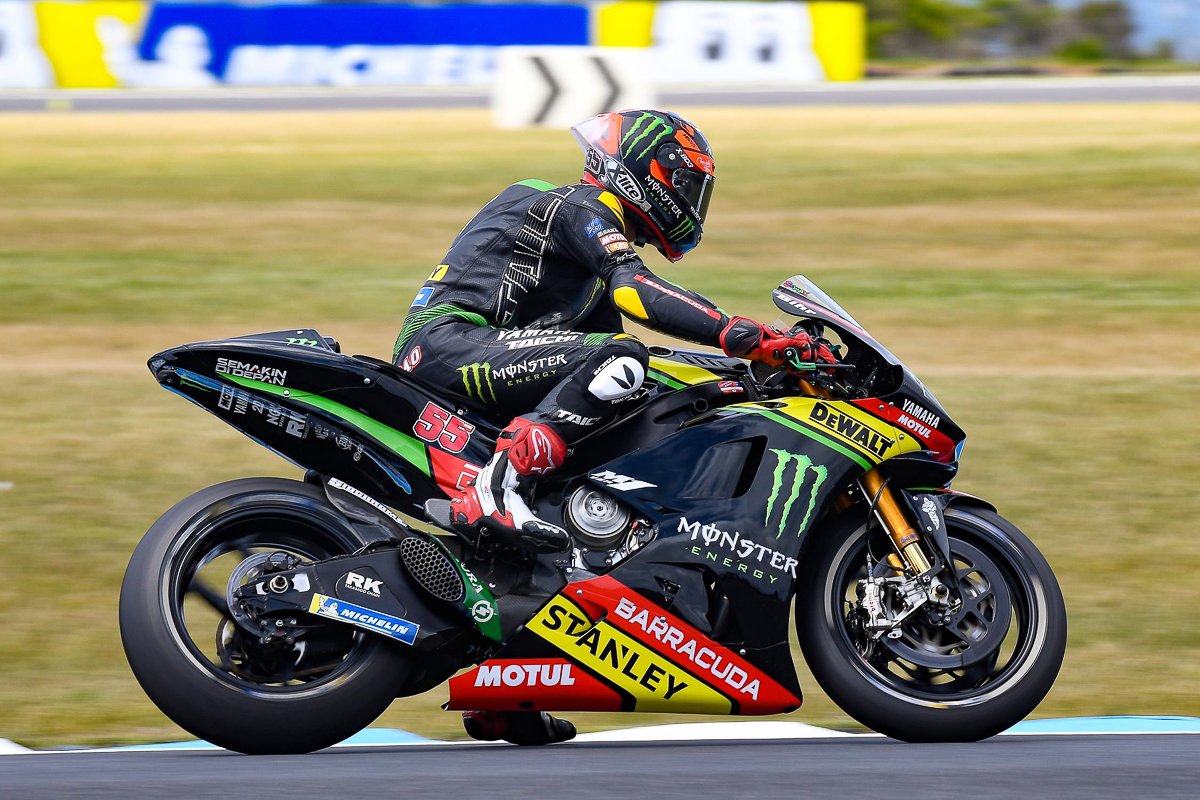 Stay tuned to Bikes Republic as we head towards the 2018 Shell Malaysia Motorcycle Grand Prix at the Sepang International Circuit from 2 – 4 November 2018. 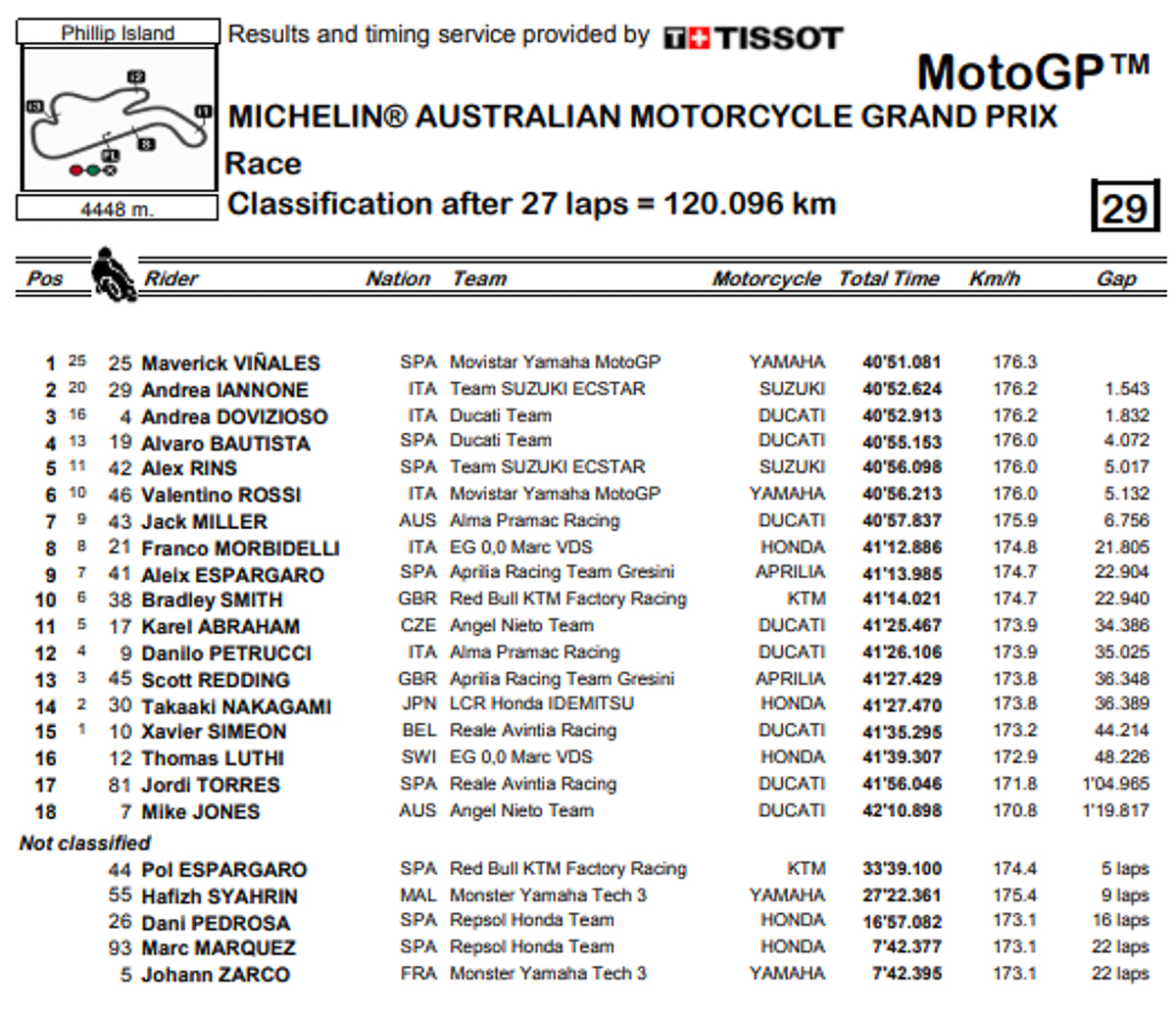