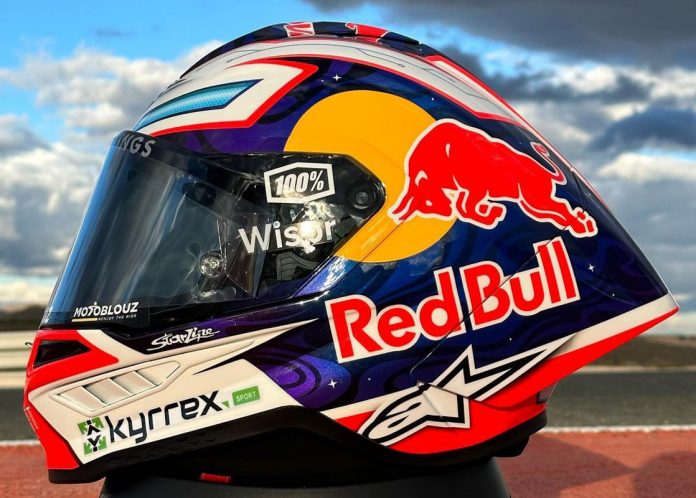 Pramac Racing rider Jorge Martin showcased his all-new Alpinestars helmet ahead of the 2023 MotoGP season after making the switch from Shark Helmets. 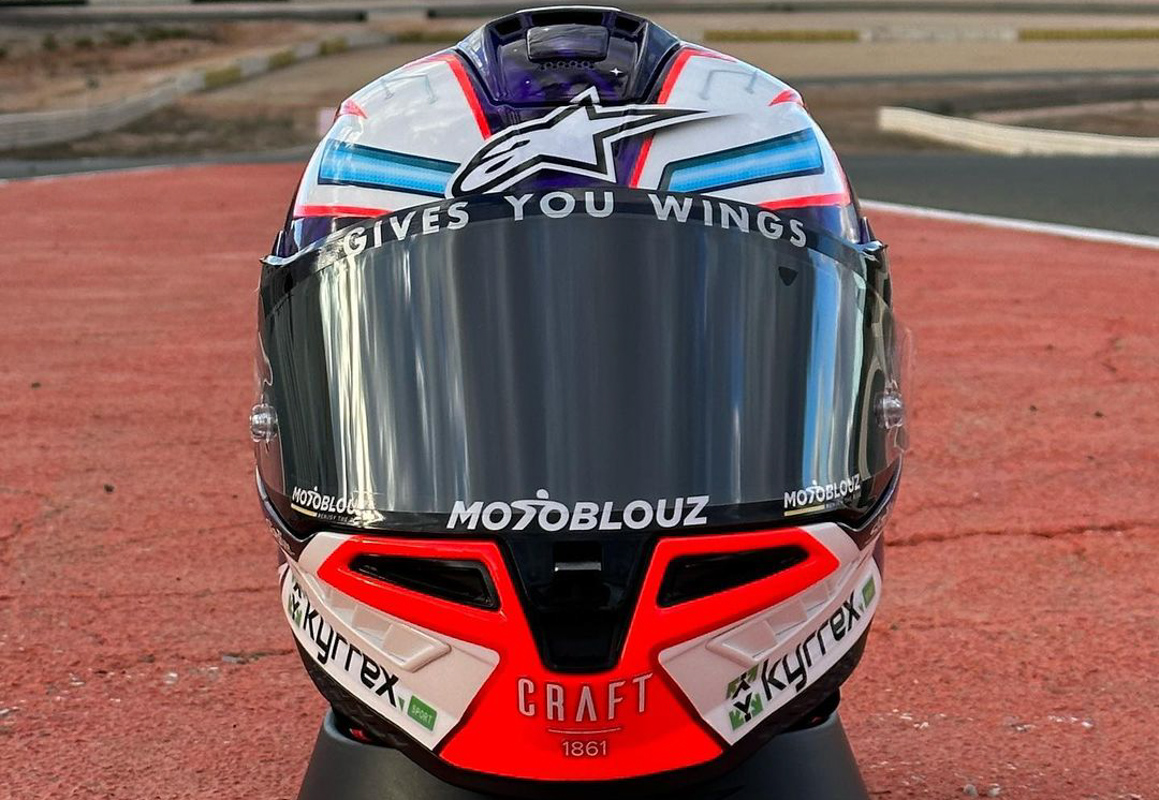 Although the Italian motorcycle gear company is no stranger to manufacturing motorcycle helmets, this is the first time that Alpinestars has designed and built a specific headgear for motorcycle racing. 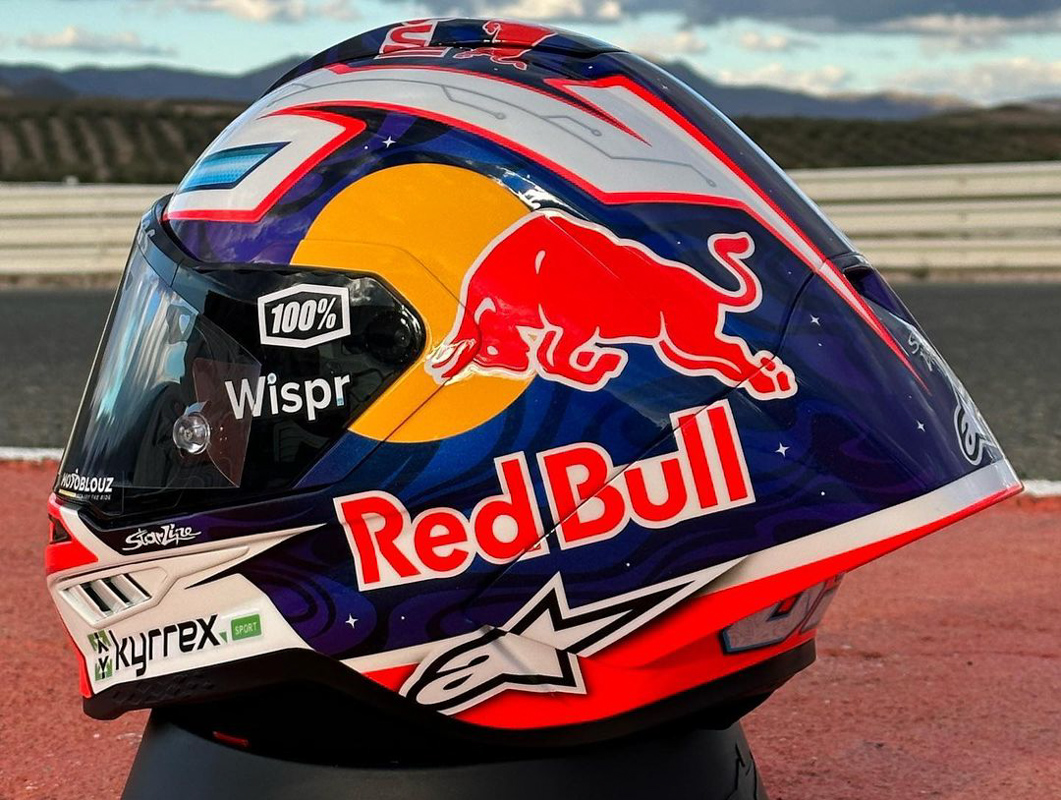 However, this is the first time the helmet has snapped in a full-finished and liveried-up version.

Although Martin’s helmet is packed with vibrant colours and graphics, the new helmet can be seen sporting a sizeable top-mounted air inlet. There’s also a large front-mounted chin mount flanked by air exhaust fitted on each side. 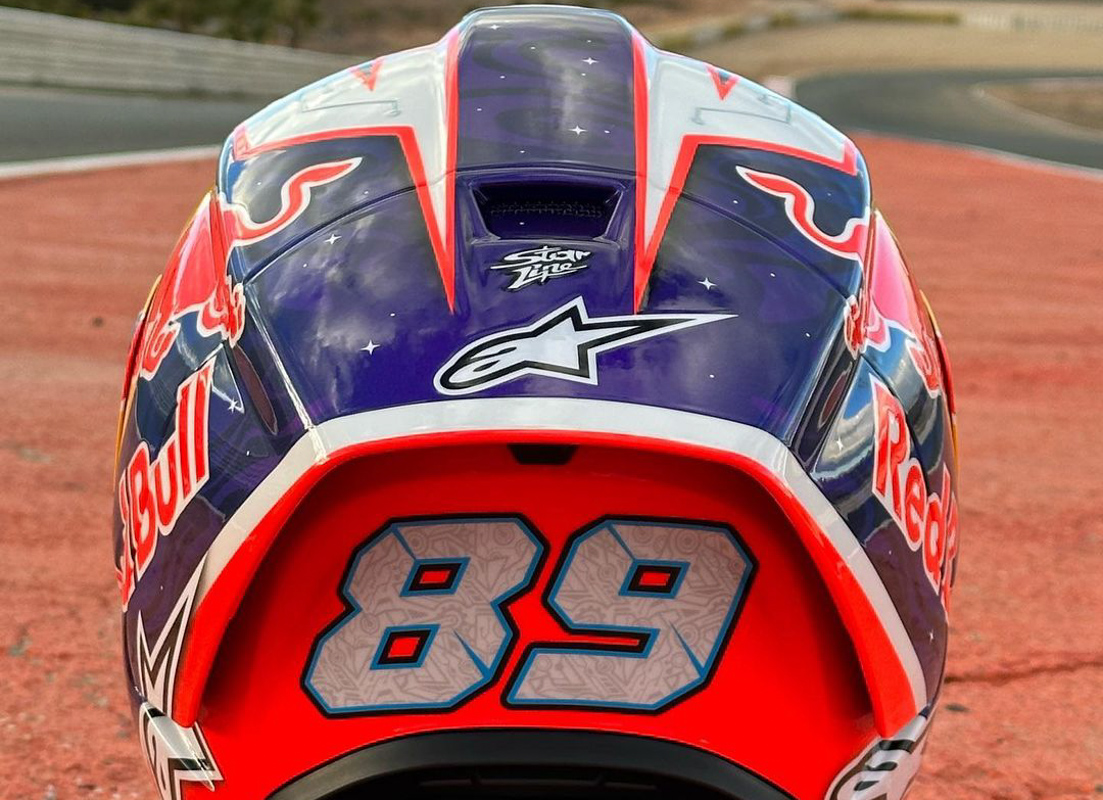 Interestingly, the side profile looks similar to Shoei’s X-Spirit III, although the brand’s new X-SPR Pro is replacing the former.

Unfortunately, Alpinestars has yet to release the official information regarding the new helmet, but with MotoGP to kick-off soon, beginning with the Sepang Test in February, we expect the brand to make an official announcement soon.