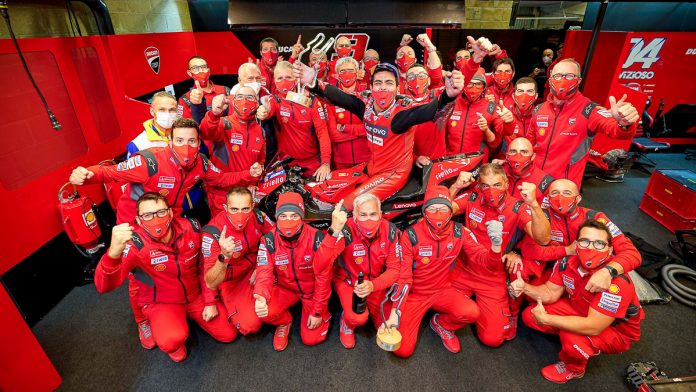 Ducati factory rider, Danilo Petrucci, once again tasted that sweet victory after crossing the chequered flag in first place during the MotoGP French GP in Le Mans. Tricky conditions presented difficult riding situations and even more drama for the entire grid, but the Italian managed to pull off his second career win.

Rain made a surprise appearance just before the start of what was declared a ‘dry race’ and caught everyone by surprise. Mixed conditions truly wreak havoc to the front runners of the 2020 MotoGP championship title chase, but others delivered as they stepped up their pace. 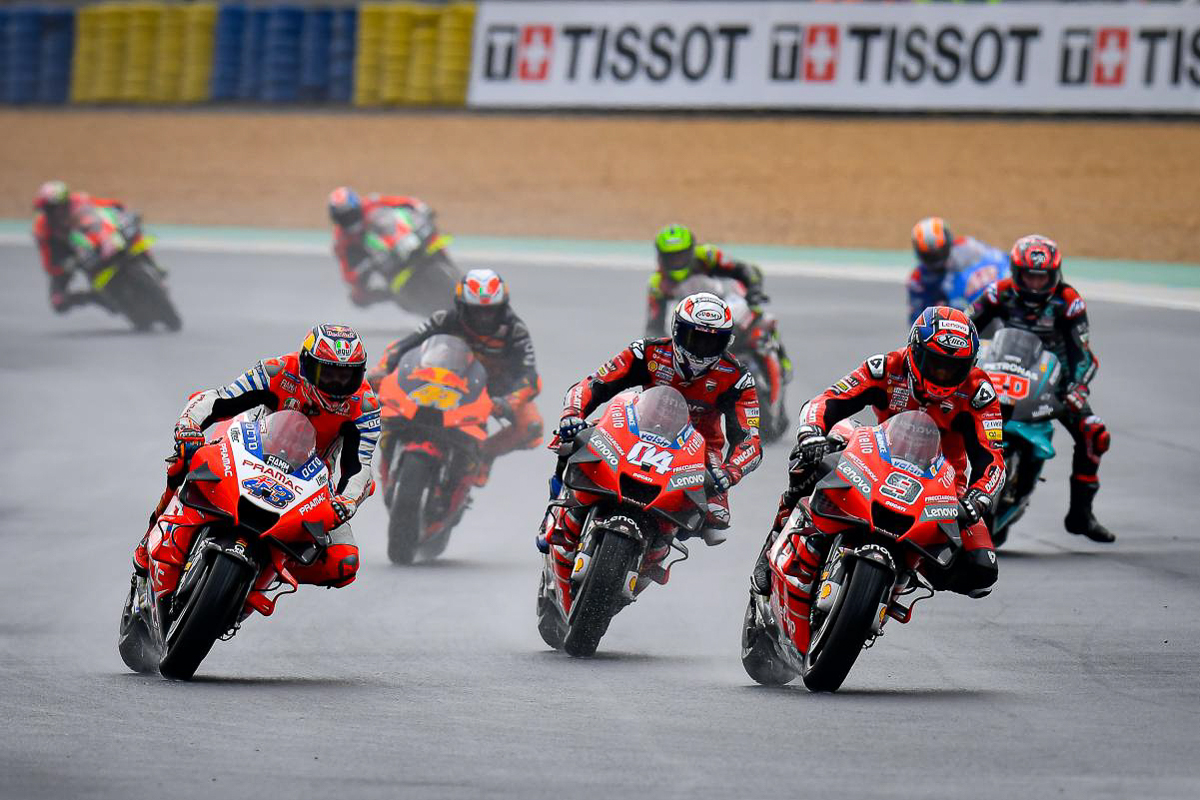 It was clear that the Ducatis dominated the first part of the race where the front was led by Petrucci, Andrea Dovizioso, and Jack Miller. Unfortunately, Miller suffered a mechanical failure, while others like Alex Rins, Valentino Rossi, Franco Morbidelli, and more weren’t so lucky thanks to the difficult riding conditions. 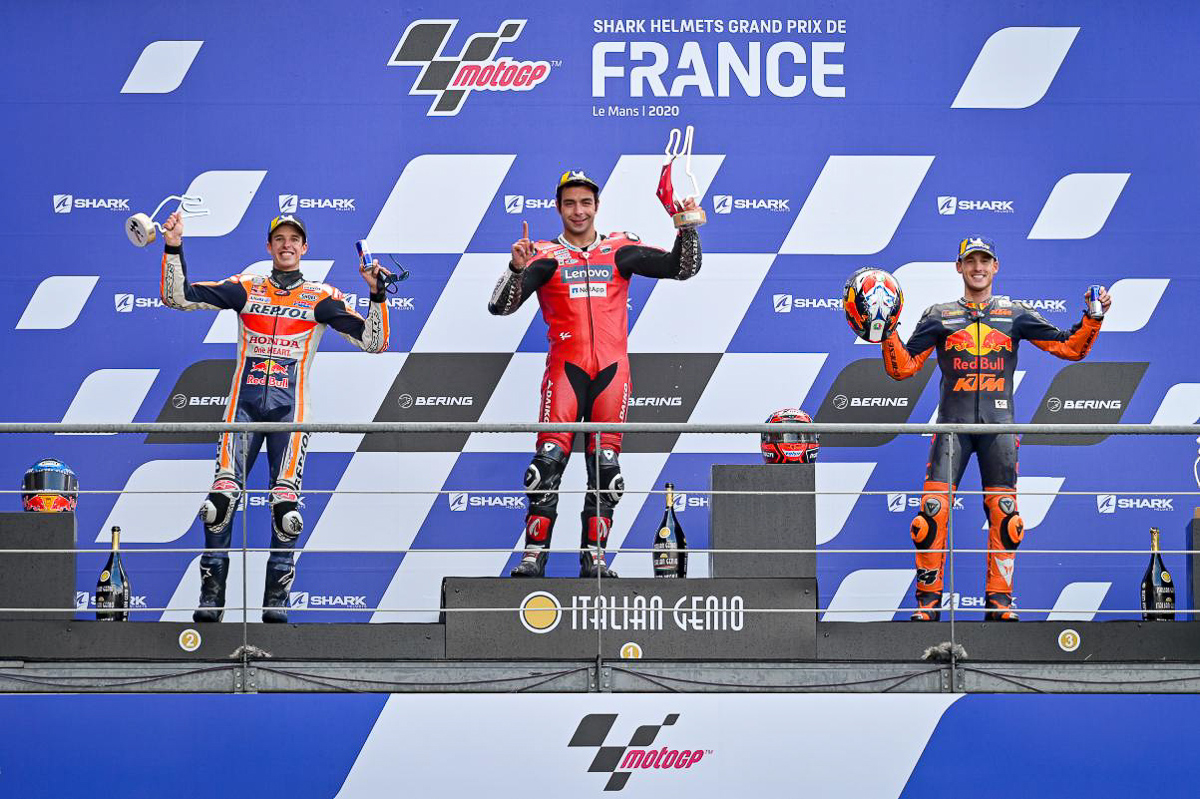 Surprisingly, Repsol Honda’s Alex Marquez stepped up his game by delivering an epic performance from P18 all the way up to P2. His first-ever premier class podium finish would’ve been a victory if the race continued for a couple more laps. Guess that Honda finally figured out that his Honda RC213V was set in ‘Rain Mode’ all this while, eh? *badum tss*

Smiles don't come much bigger than this! ?@alexmarquez73 celebrates his first #MotoGP podium with an overjoyed @HRC_MotoGP team ?#FrenchGP ?? pic.twitter.com/8ohKSSHthK

The final podium spot was secured by KTM’s Pol Espargaro, who revisited his first-ever podium finish with the KTM RC16 in similar fashion and position last year. At the end of the French GP, we now have seven different MotoGP winners and a total of 15 different riders who have finished on the podium. 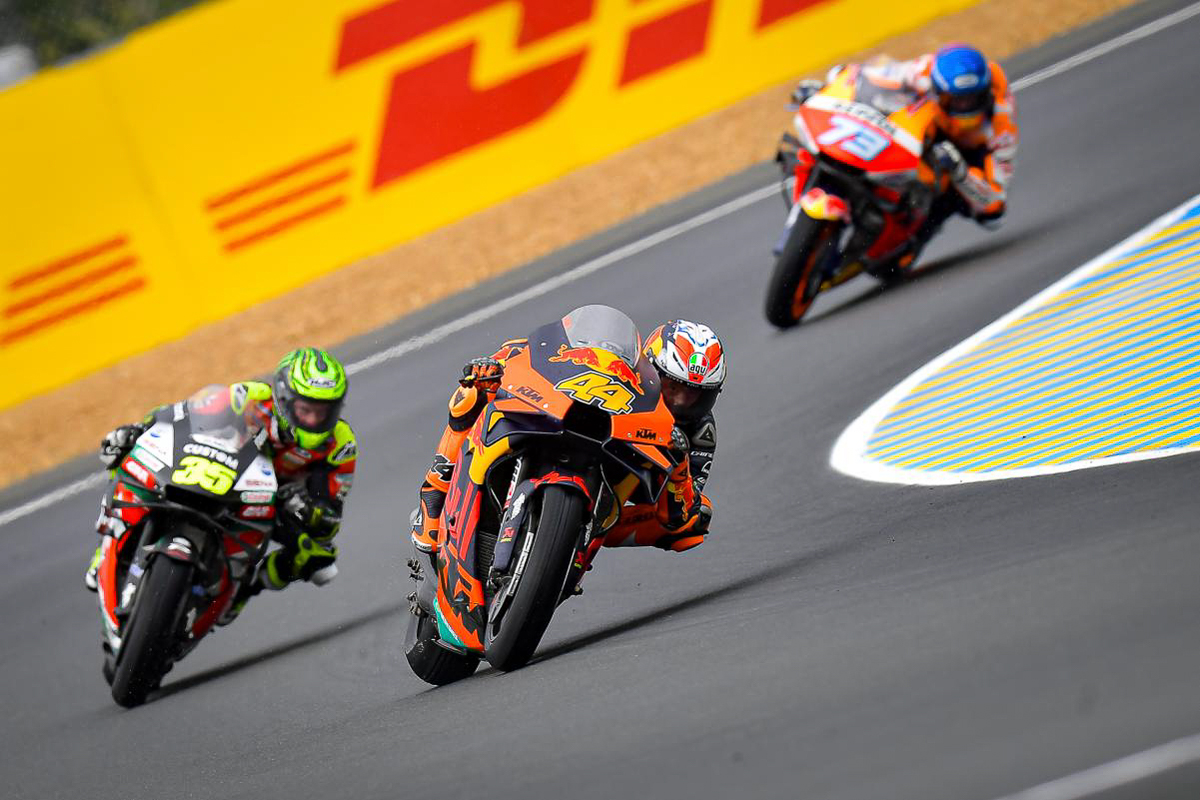 Petronas Yamaha SRT rider and championship leader, Fabio Quartararo, only managed to finish his home GP in P9 but luckily for him, his closest competitor, Joan Mir (Team Suzuki Ecstar) crossed the line in P11. This means that Quartararo is still in the lead with 115 points, 10 points more than Mir. 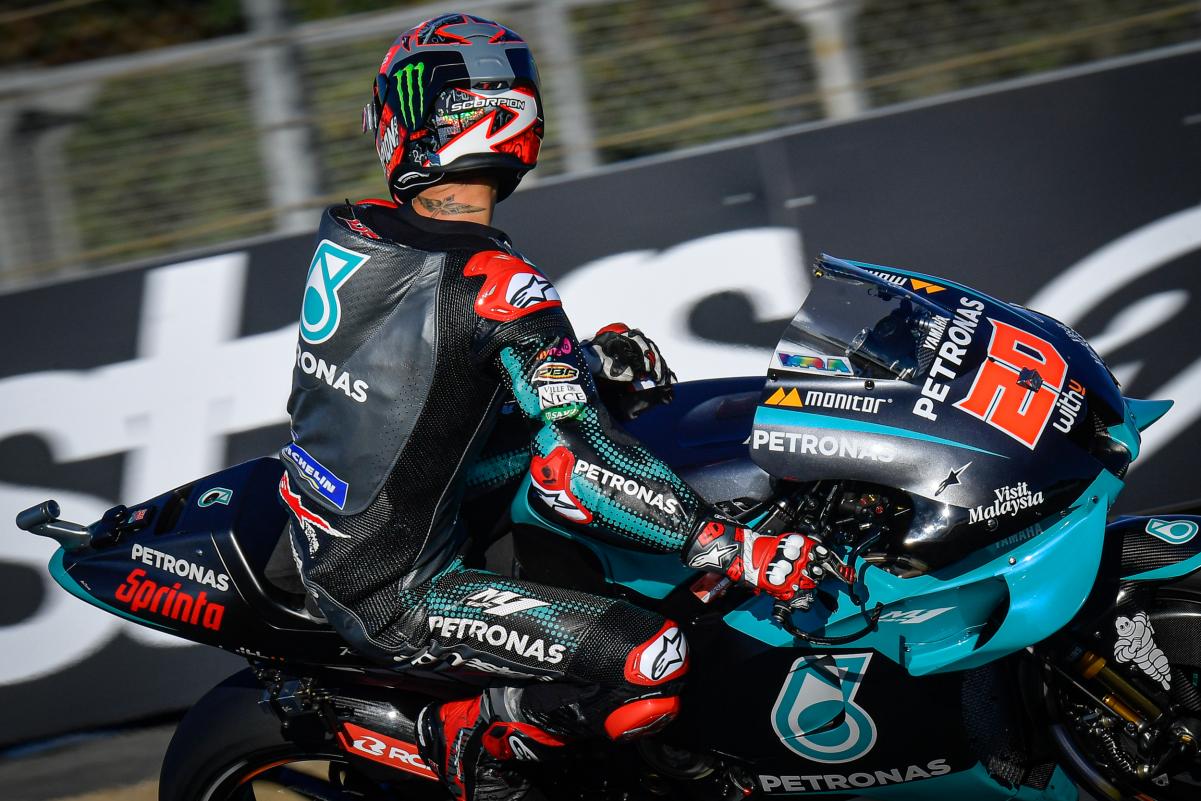 The MotoGP paddock will head straight to Aragon for the next two weekends, where the Spaniards have a big home advantage. Will we see the return of Marc Marquez back on the MotoGP field? Stay tuned for more updates. 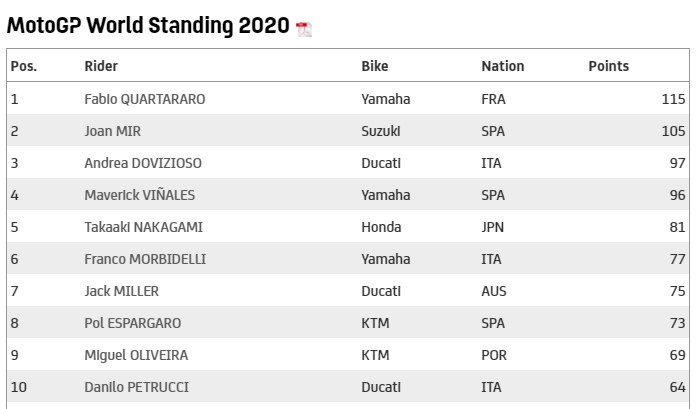