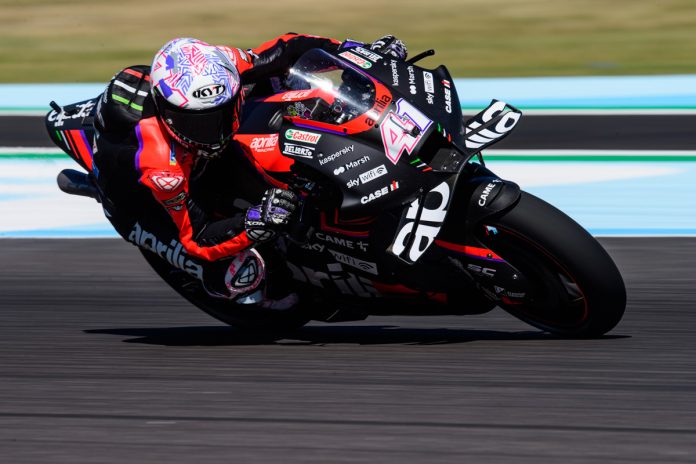 Aprilia celebrates first win in modern MotoGP era thanks to the heroics of Aleix Espargaro in Argentina. 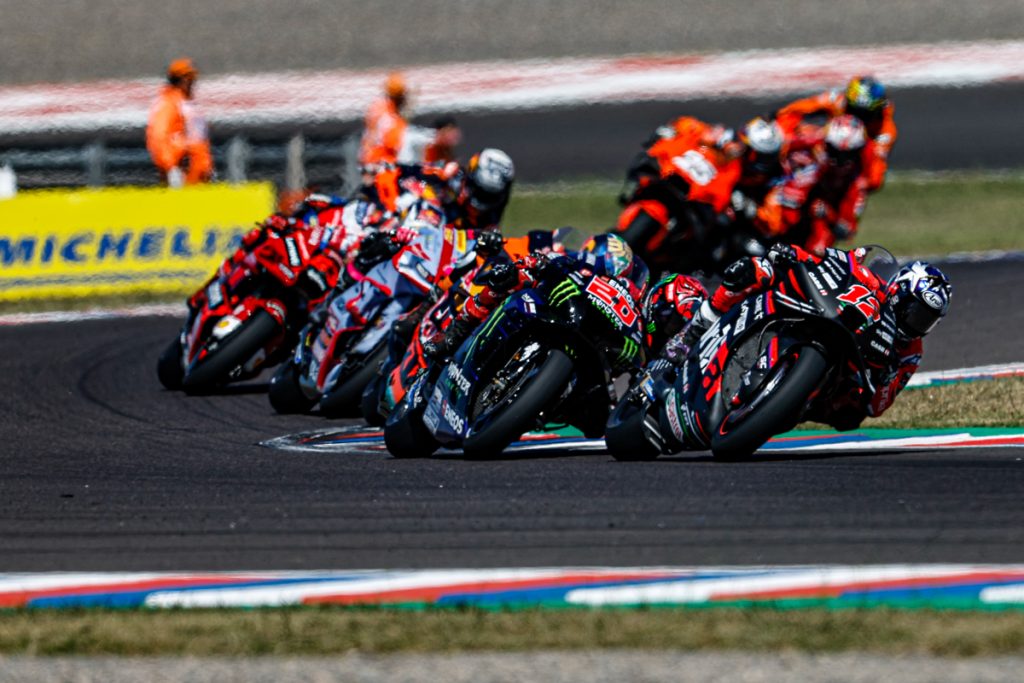 The return of MotoGP in Argentina almost didn’t happen last weekend following difficulties in logistics that plagued the sport. Nevertheless, despite the weekend reduced to just two days of on track action, it did little at stopping both Aleix Espargaro and the Aprilia Racing factory team from shining.

The third round of the 2022 MotoGP championship saw Aleix piloting the Aprilia RS-GP machine brilliantly, starting with his brilliant charge to pole position on Saturday where he posted his fastest time of 1:37.688.

As the lights went out on Sunday to start the 25-lap battle across the 4.806KM-long Termas de Rio Hondo circuit, a less than ideal start off the line relegated Aleix to second position behind satellite Ducati rider Jorge Martin who stormed into the lead early on.

Nevertheless, Aleix’s crafty tyre preservation skills on the limit was second to none, thus allowing him to recapture the lead back from Jorge on Lap 20. After which, the 32-year-old veteran of the premier class commanded the race and proceeded to take the chequered flag in first.

Joining both Aleix and Jorge on the podium in Argentina was Team Suzuki Ecstar’s Alex Rins who placed a respectable third who also ran a stellar race himself. 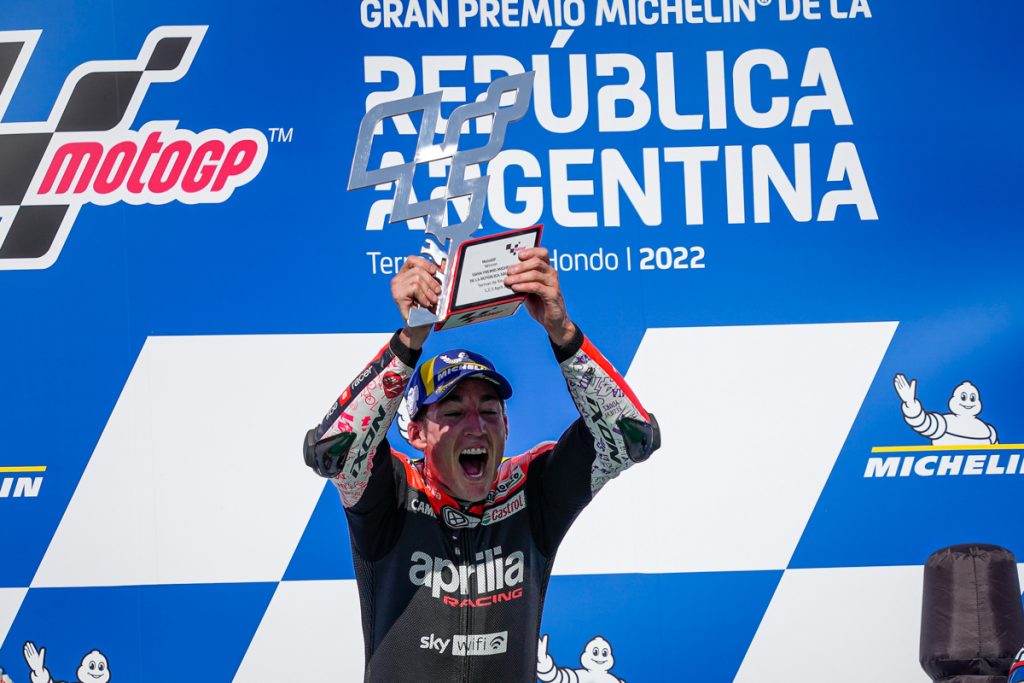 “I’m very proud of this milestone we’ve reached. We tackled a long path to get here, but we’ve finally done it!” expressed a clearly emotional Aleix upon entering parc ferme after the flag. “I am extremely happy for Aprilia, for me, and for my family,” further added Aleix.

This is Aleix’s first premier class victory after 200 starts and, crucially, Aprilia’s first victory in the modern four-stroke era of Grand Prix motorcycle racing. This, along with teammate Maverick Viñales’ strong finish in seventh, sees the Aprilia Racing Team score a healthy haul of championship points too. 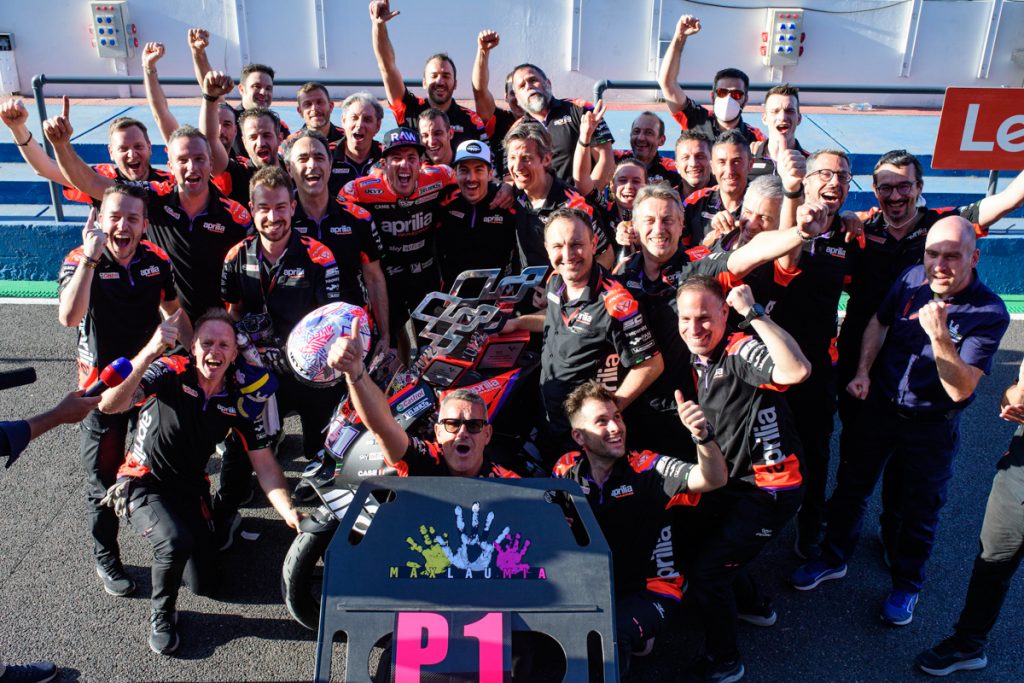 In light of which, Aleix expressed: “Now we’re leading in the championship, but we’ll just try to take advantage of this positive moment, continuing to have fun and keeping our feet planted firmly on the ground.”

As the weekend in Argentina concludes, all focus now shifts towards the next round at the Circuit of the Americas in Austin, Texas that’s happening this coming weekend from 8 to 10 April.