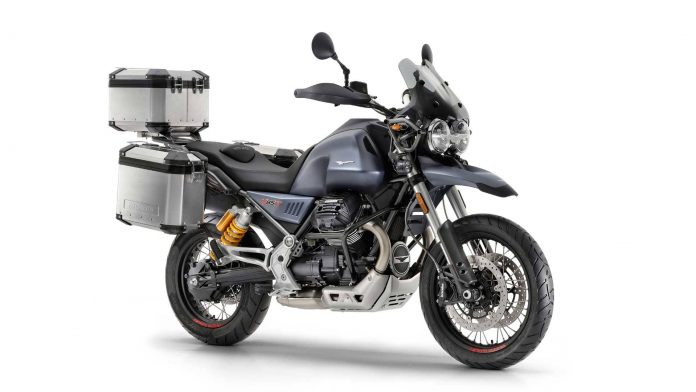 Yes, yes, we’ve seen many pictures of the Moto Guzzi V85 TT adventure bike, but you know what? We love it. Moto Guzzi has finally and officially unveiled it at the Intermot show after many months of “leaked” photos and patent filings.

Moto Guzzi has also added a new colour to the model during the launch, together with aluminium side and top cases. 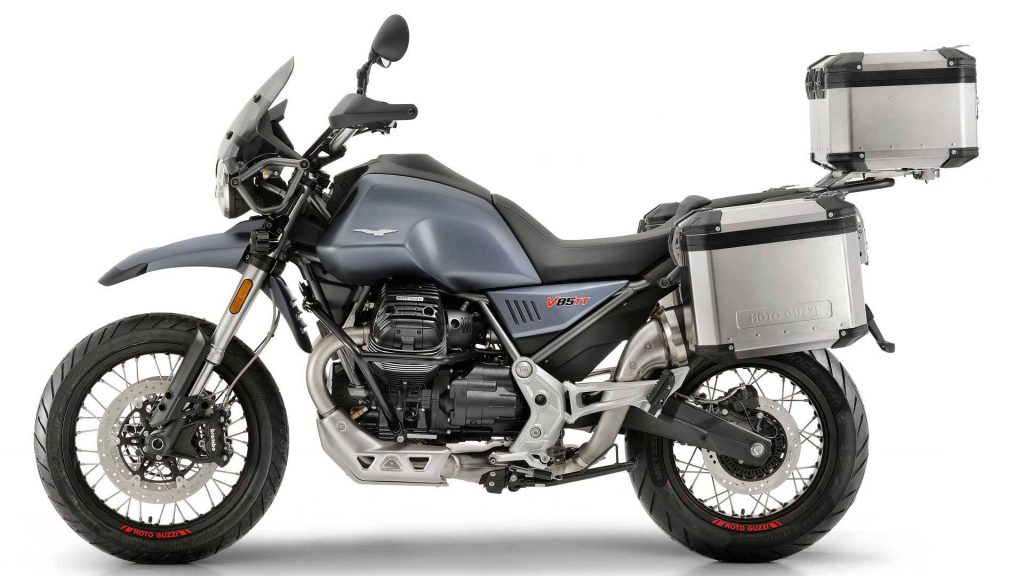 Apart from that the exciting news is the engine. The transversely-mounted 850cc 90o V-Twin may seem like the one powering the V9 line-up, but it is actually all-new. It features a lighter crankshaft, bigger fuel intakes, bigger valves and pistons with shorter skirts. The changes bring power output to 80 bhp compared to the V9’s 55 bhp.

News is the new serves as a platform for future Moto Guzzi models.

The engine is mounted in the steel tube trellis frame as a stressed member for “exceptional stiffness” (according to Moto Guzzi). 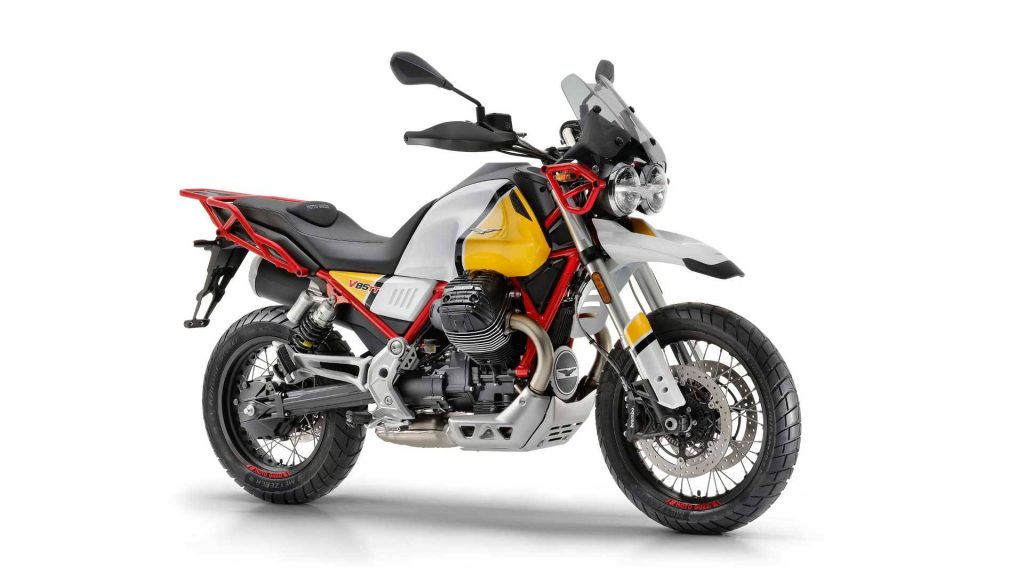 The rear suspension is mounted asymmetrically since the swingarm/driveshaft housing is also asymmetrical on the right side of the bike, which makes it easier to reach the fully-adjustable shock’s settings. The front suspension consists of fully adjustable upside-down forks. There should be plenty of suspension travel, judging from the photos – good for some off-road trail riding.

Moto Guzzi says that the V85 TT is as much function as there is much form. The design harks back to the heady days of the Paris-Dakar Rally in the 80’s when large capacity bikes ruled the dunes of north Africa. The manufacturer also claims that the bike is instilled with lightness, agility and true off-road capabilities.

We do hope to see it on our shores soon. The Moto Guzzi V85 TT should be able to ride the adventure-touring wave if it proves to be any good. 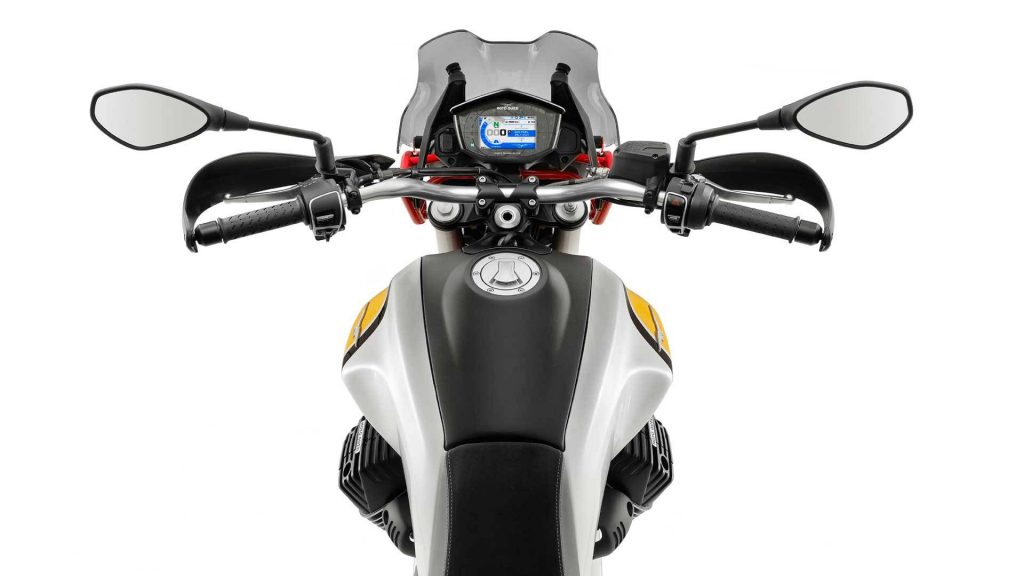