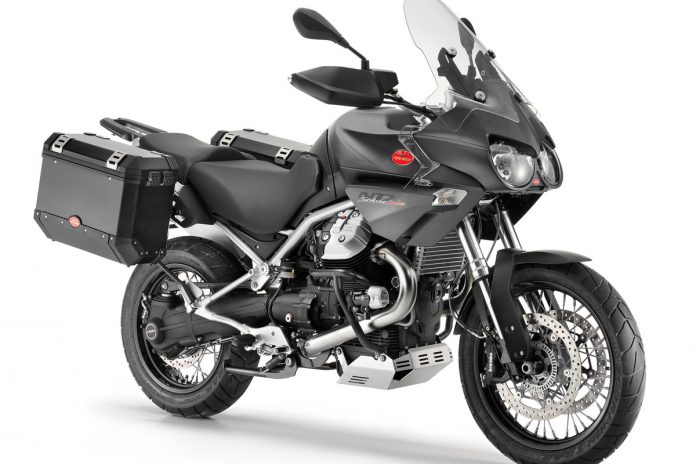 For those who able to make it to EICMA last month, chances are you might’ve visited Moto Guzzi’s booth exhibition booth.

If you did, it is likely that you also came across the Italian brand latest teaser that confirms that return of the Stelvio adventure motorcycle.

The Moto Guzzi Stelvio was an adventure-touring type motorcycle that was in production for eight years, running from 2007 to 2016. 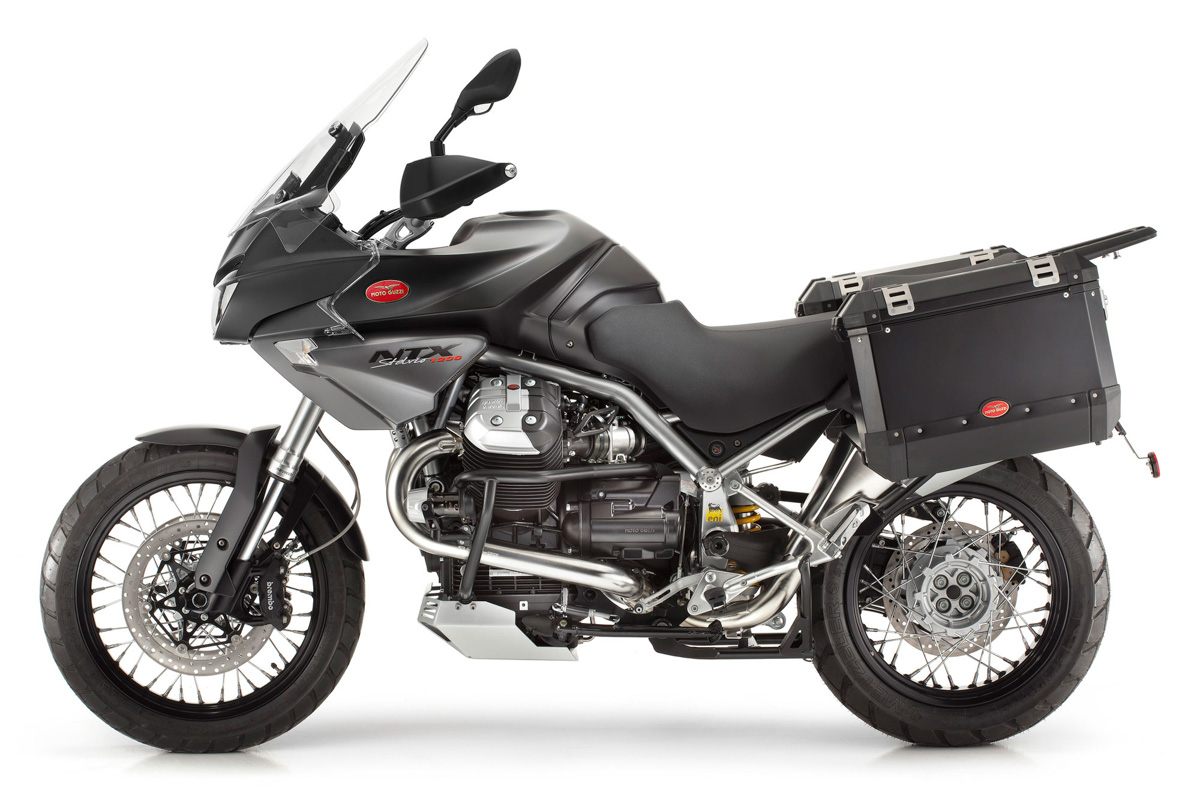 Despite proving itself as a capable ADV machine, the Stelvio was going up against a stronger foe at the time including the BMW R 1200 GS and KTM 1190 Adventure. 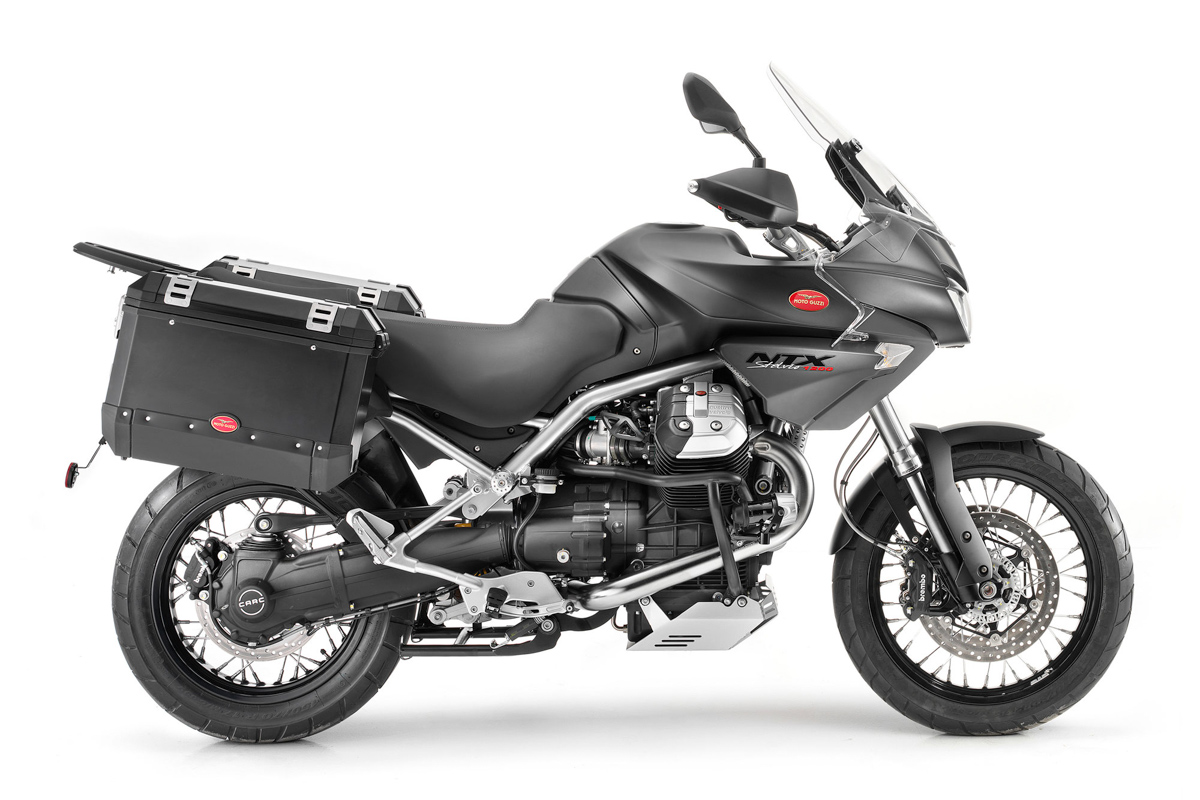 As a result, Guzzi pulled the Stelvio out of production in 2016 due to lacklustre in sales. Moreover, Europe’s transition to Euro 4 didn’t help the motorcycle to remain relevant at the time.

However, it looks like Moto Guzzi is ready to revive the Stelvio soon as confirmed by a teaser at EICMA. 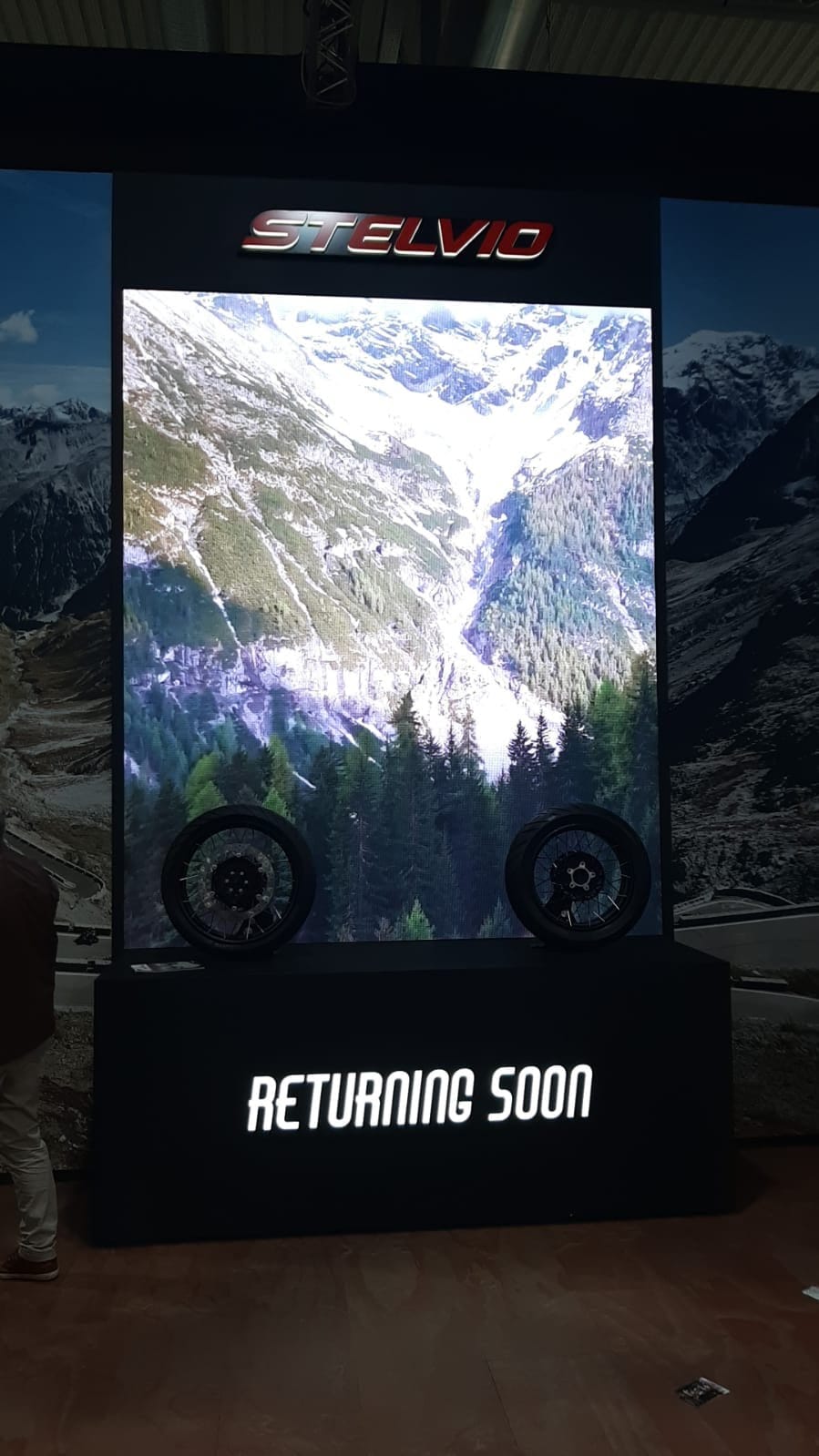 The special teaser showcased the Stelvio nameplate that sits above a set of wire-spoke wheels.

While Moto Guzzi is keeping a tight lipped over the Stelvio’s comeback, ongoing report suggest that the adventure bike will be equipped with the same mill found in the all-new V100 Mandello sport tourer motorcycle.

That said, the Stelvio is likely to feature a revised 1,042cc transverse V-Twin engine taken from the V100 Mandello. At present, the engine makes 115hp and 105Nm.

Currently, there’s no word regarding the bike’s development and Moto Guzzi has been eerily quiet about the Stelvio following its teaser in Milan. All we can do now is speculate until there is an official word coming from the Mandello del Lario factory.