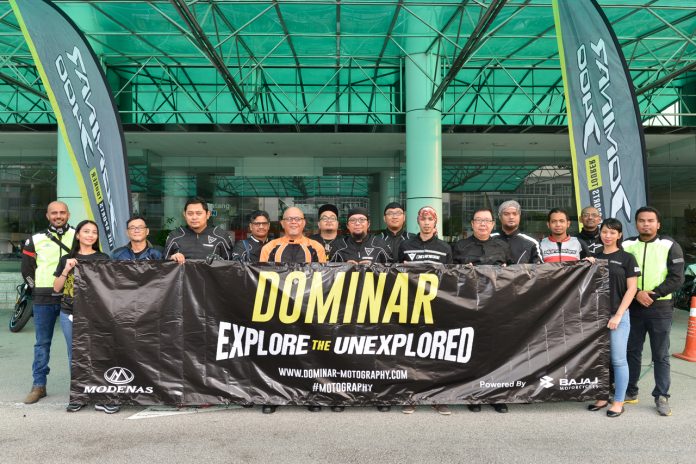 There’s no doubt that Malaysia has many attractions that are unique; and the best way to enjoy not only these destinations is by riding a motorcycle, which makes us motorcyclists a lucky lot. Consequently, this is what Modenas sets to do when they organized the Modenas Dominar “Explore the Unexplored” Ride from Kuala Lumpur to Ipoh yesterday (19th August 2018). 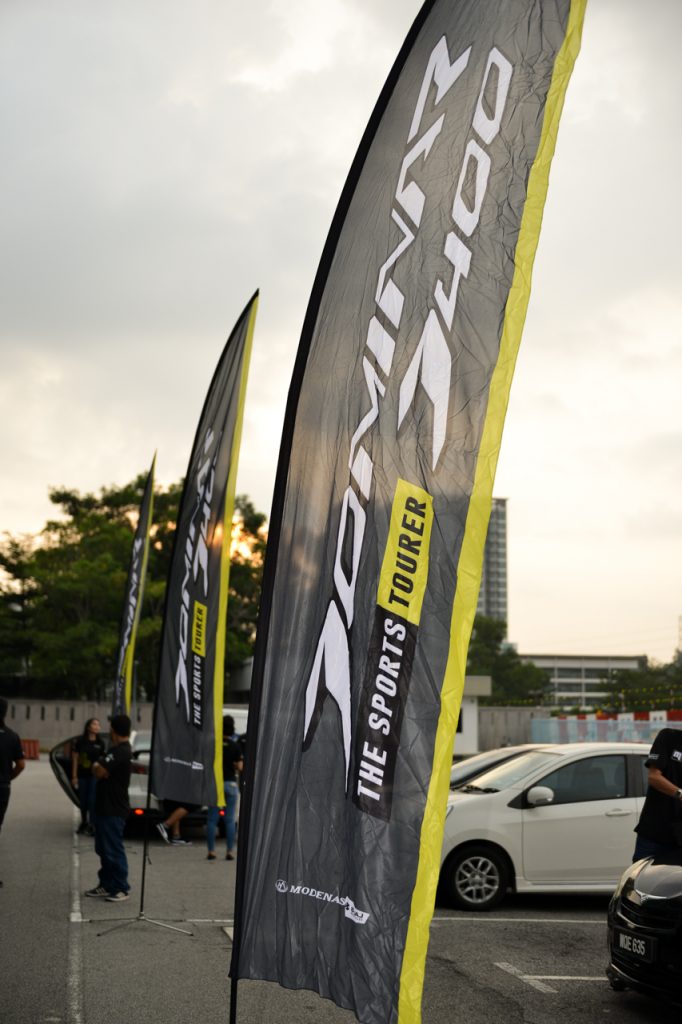 The ride was also part of Bajaj and Modenas’s #motography project whereby the pictures snapped by the participants are shared as a database of sorts for other Bajaj owners around the world who wished to ride in Malaysia. 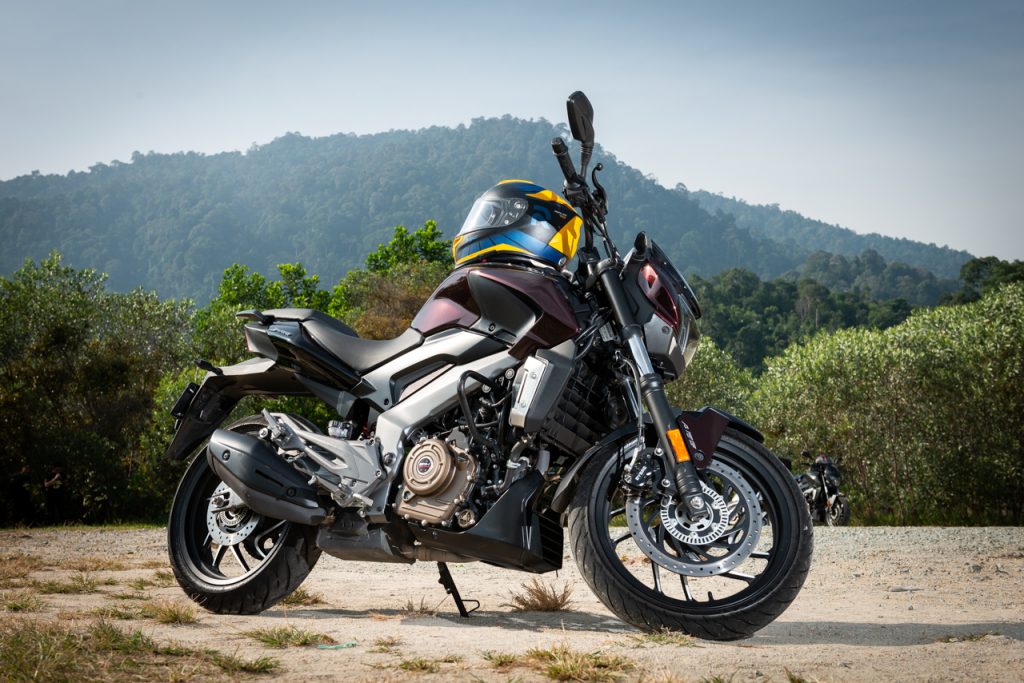 Apart from those, the ride was catered to the Modenas Dominar D400 owners, since the bike is branded as a sport-tourer. 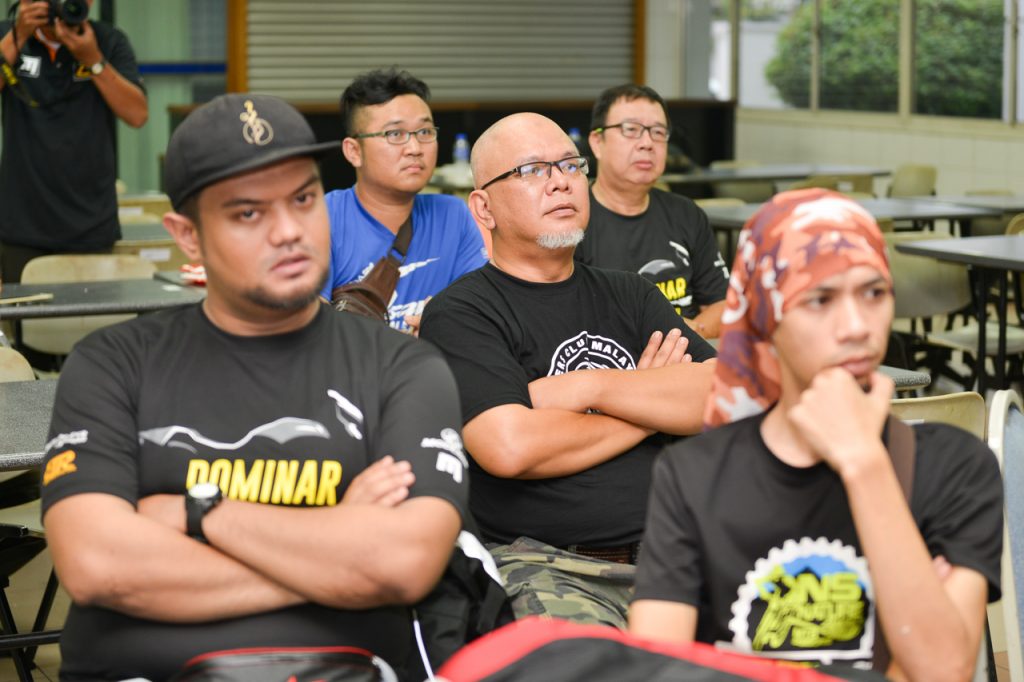 A total of 12 riders signed up for this first ride and showed up at 6.30am for registration, breakfast and briefing. The organizers handed out a special T-shirt and sticker to each participant to commemorate the ride. They were then briefed about the #motography project and the ride. 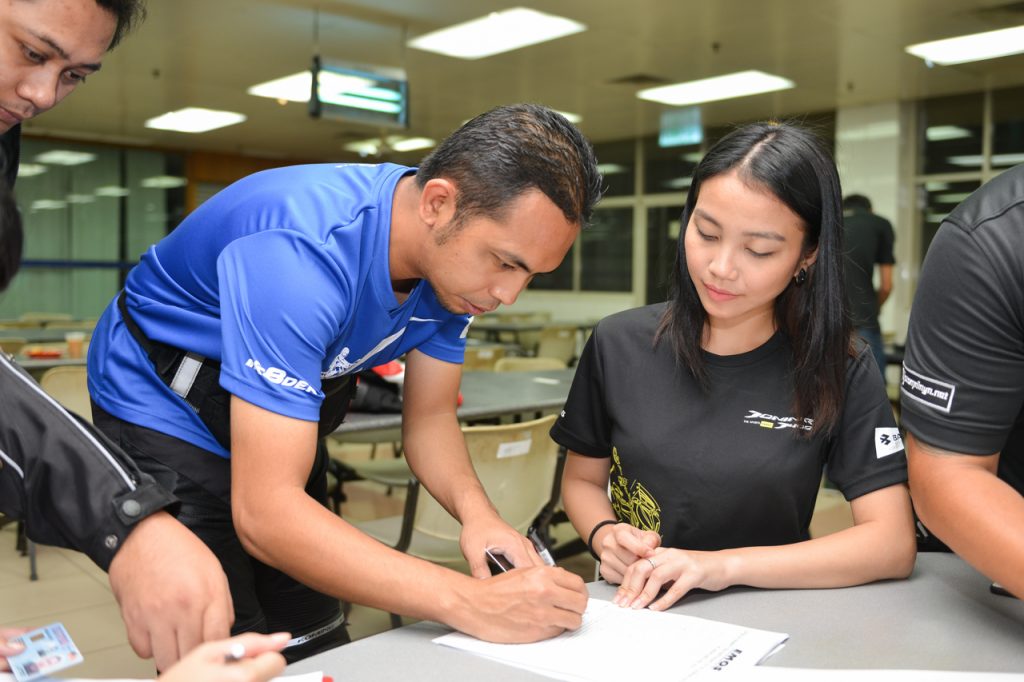 True to the sport-touring spirit, a few had mounted larger windscreens and GIVI panniers and top cases. 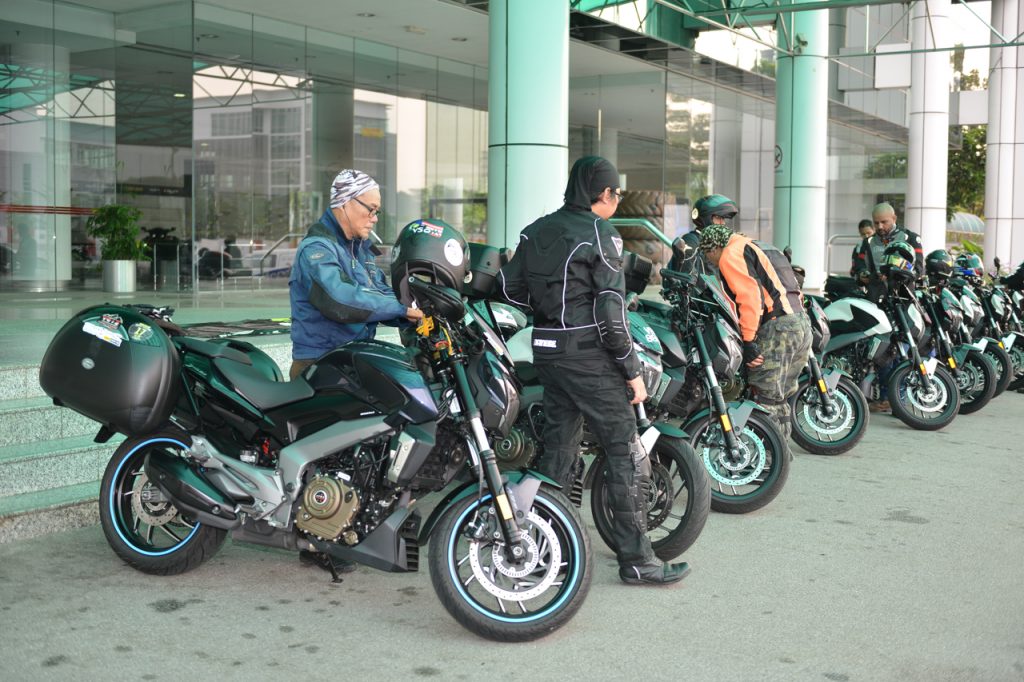 The convoy pushed off from Modenas’s HQ and made onto the PLUS Highway toward their way to the Sungai Buaya exit for a short ride to the Selangor Dam at Kuala Kubu Bahru for the first photography stop. The convoy progressed in a smart fashion and the marshals made sure not to get in the way of other road users. 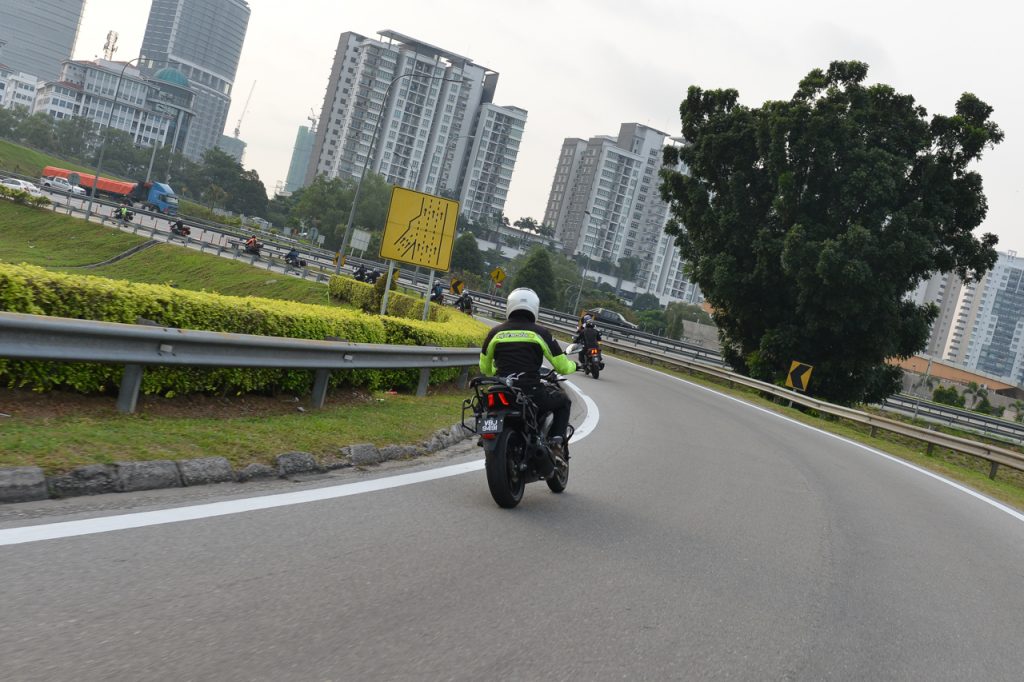 The sun started to shine down as the participants looked for the best angles to shoot the best pictures of their bikes. 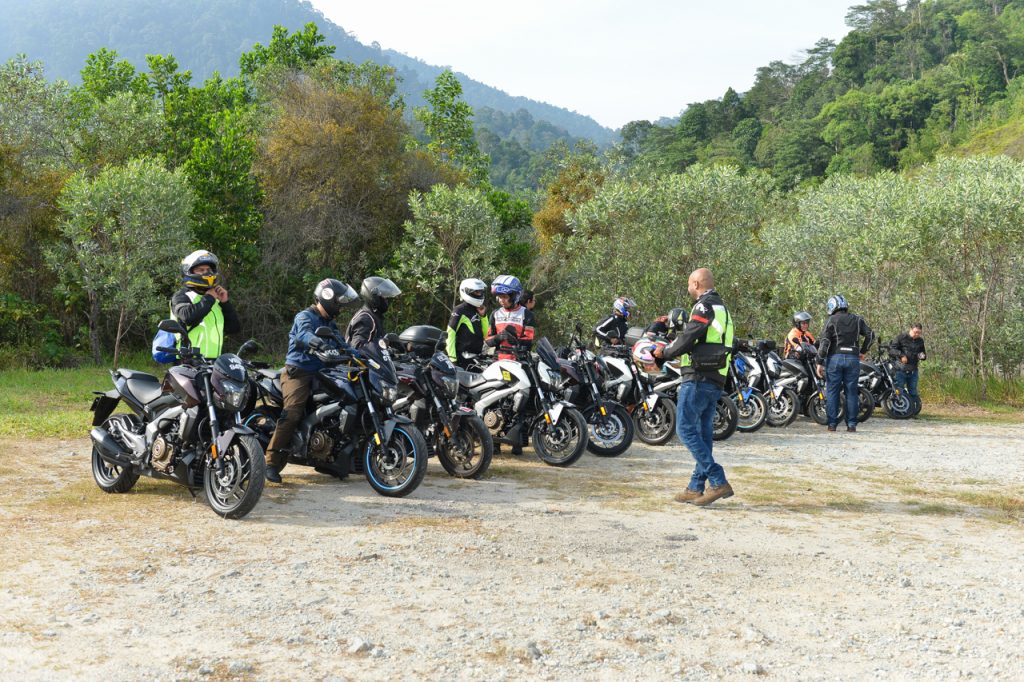 From Kuala Kubu Bahru it was another short ride back onto the highway via Serendah as the group headed to the Tapah R&R to refuel. They got going after the short stop and rode to Ipoh for lunch. 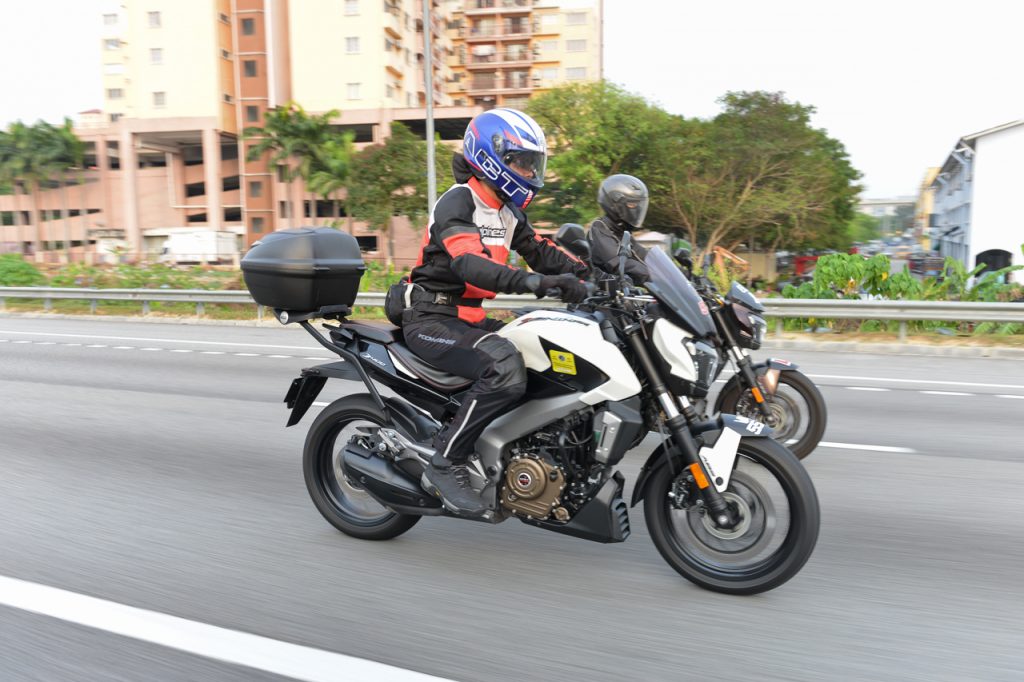 A sumptuous lunch was organized at the multiple award-winning Indulgence Restaurant. 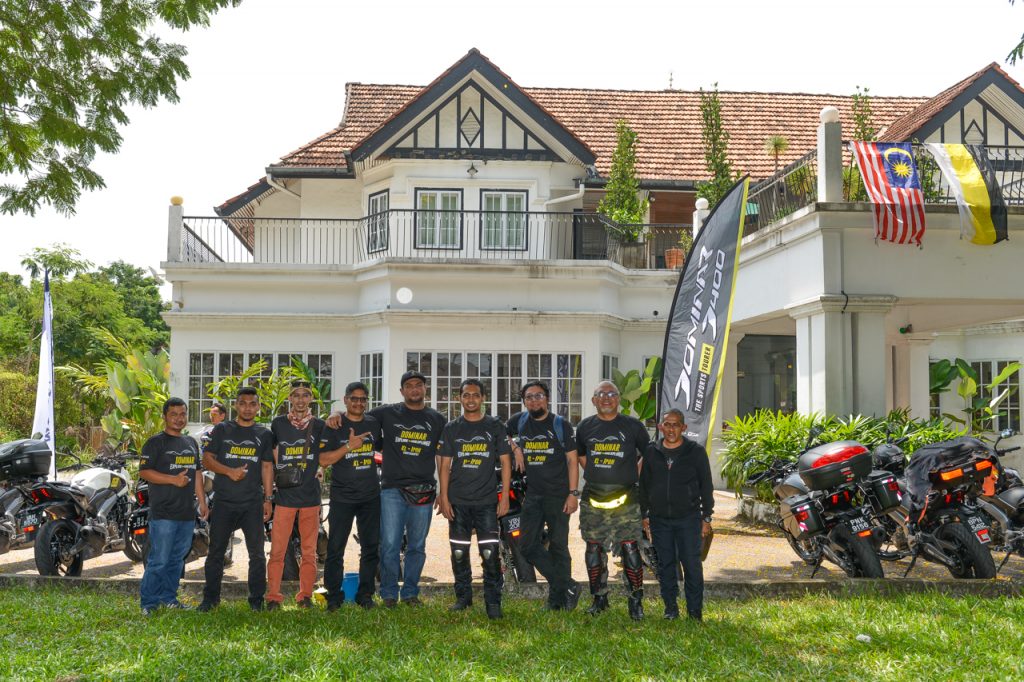 Based on the grounds of a pre-war bungalow, the restaurant’s ambience and food was a welcomed comfort from the blazing sun. 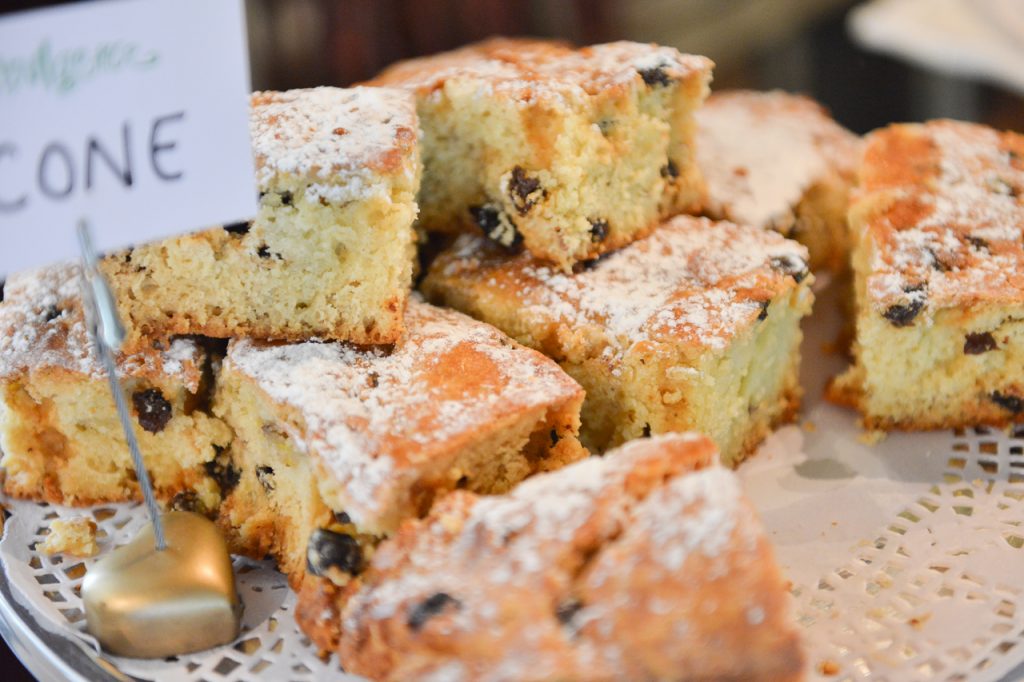 The haze had thankfully dissipated by then to a clear blue sky. 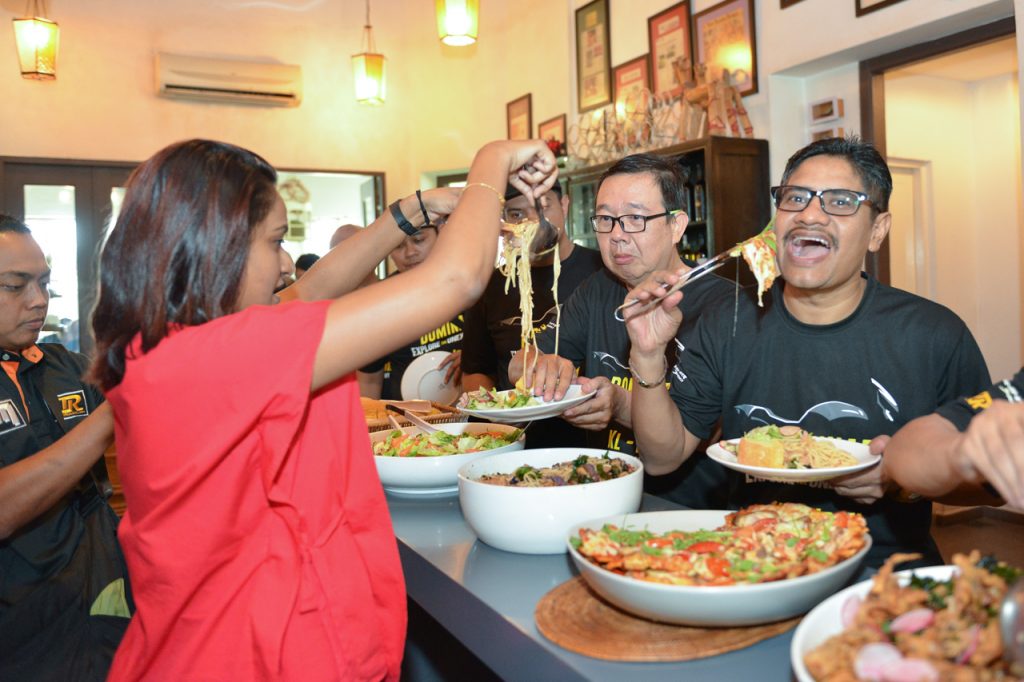 The organizers invited the riders to join in a fun game was organized in the restaurant’s compound. 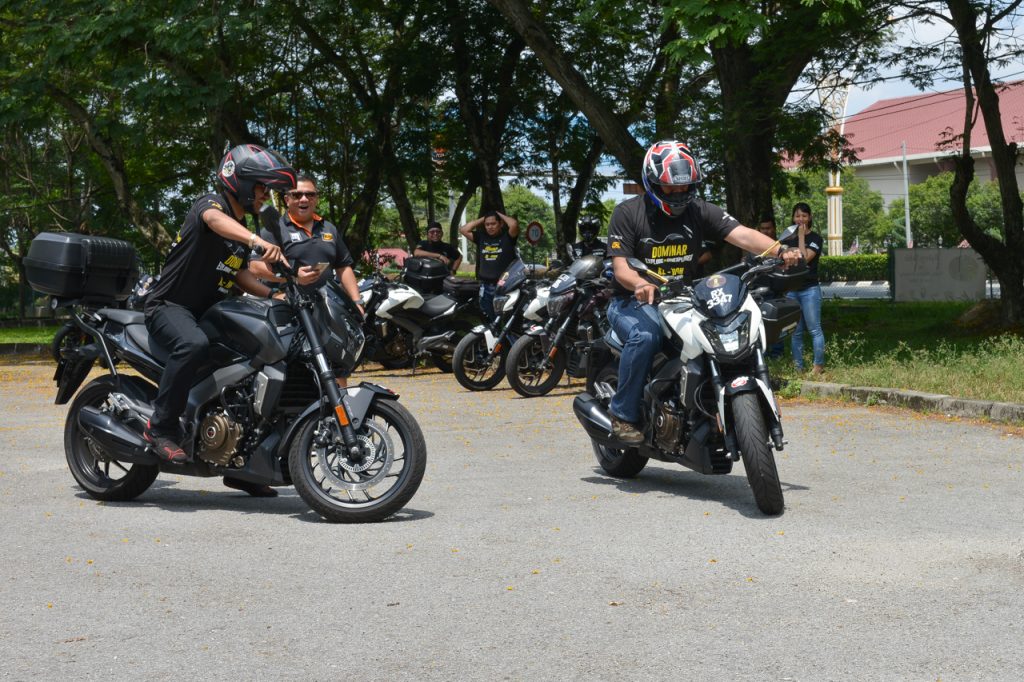 The first required the riders to ride as slow as they can for 50 metres to test their skills in motorcycle control and balance. 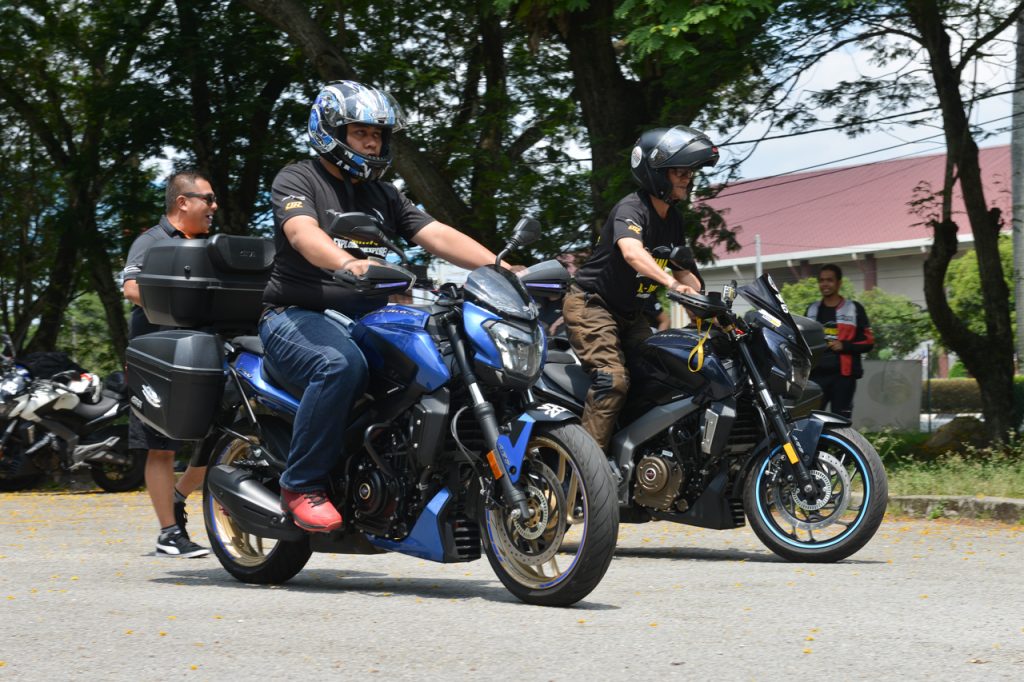 The second game involved riding with a pillion. The passenger needed to throw a water balloon over a length of tape raised across the “track” and re-catch it without breaking it, while the rider must ride as slow as he can. 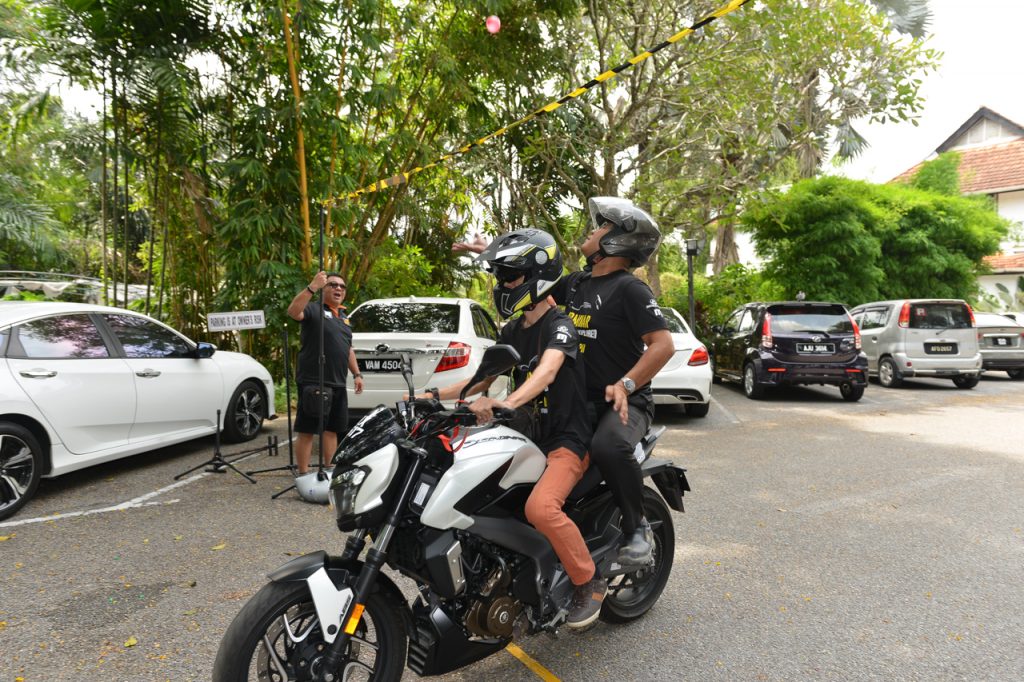 The winners received a RM50 Petronas fuel card each. 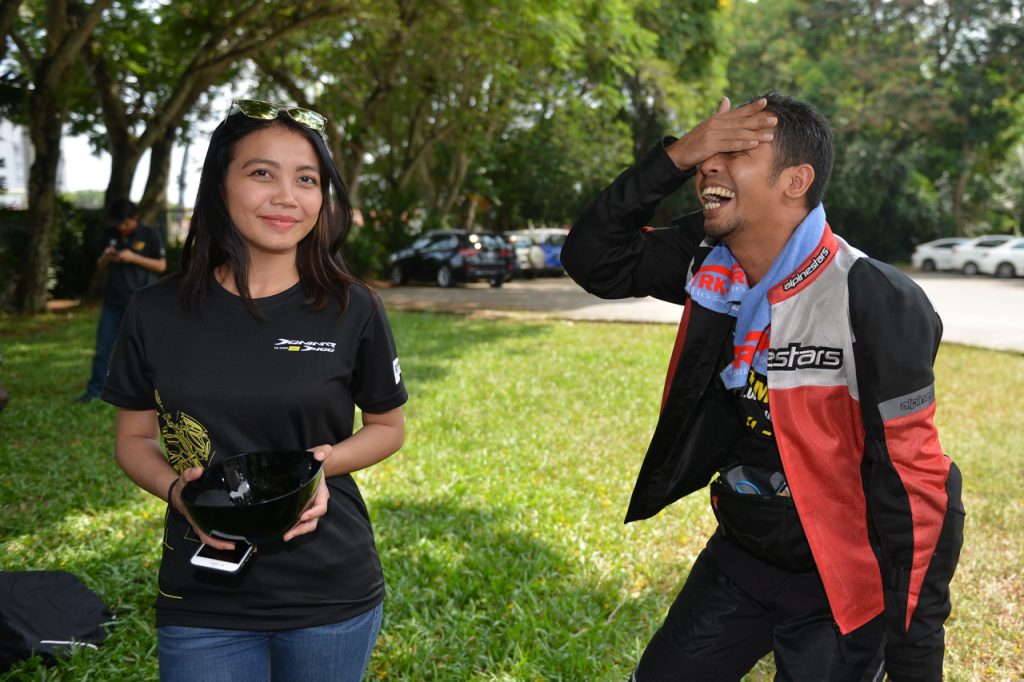 The ride got back on the road and headed to the last stop at Kellie’s Castle. Here, the riders took another round of pictures to be uploaded to the #motography mini site. The riders dispersed from this point afterwards. 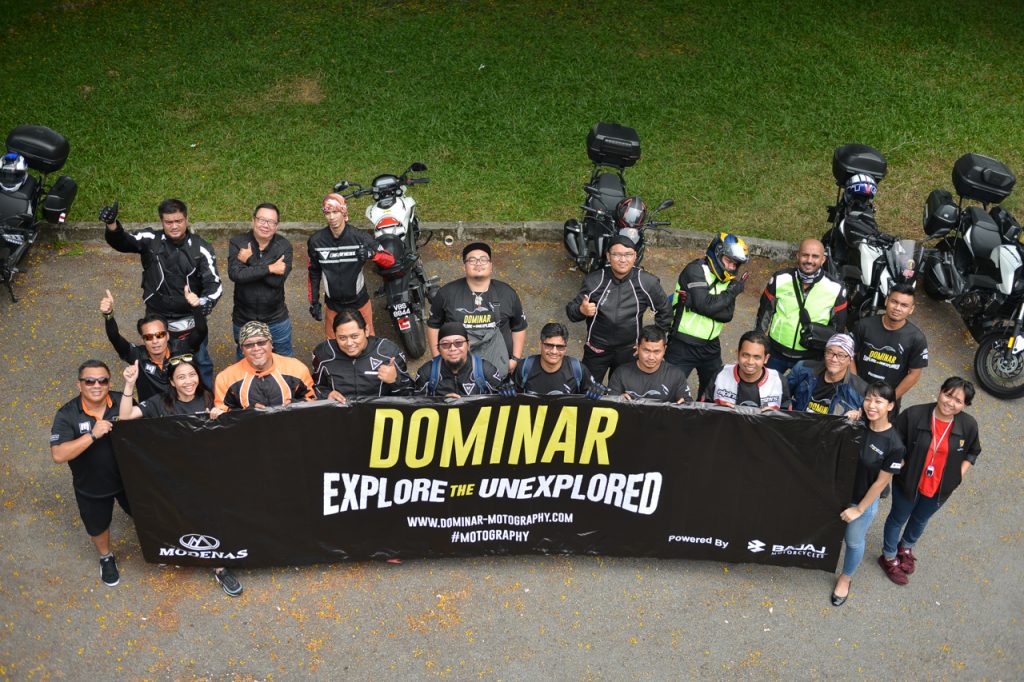 There will be many other such rides coming up in the future, so please make sure to join if you are a Modenas Dominar D400 owner. Also, please follow the official Dominar Malaysia Facebook page for the latest updates. 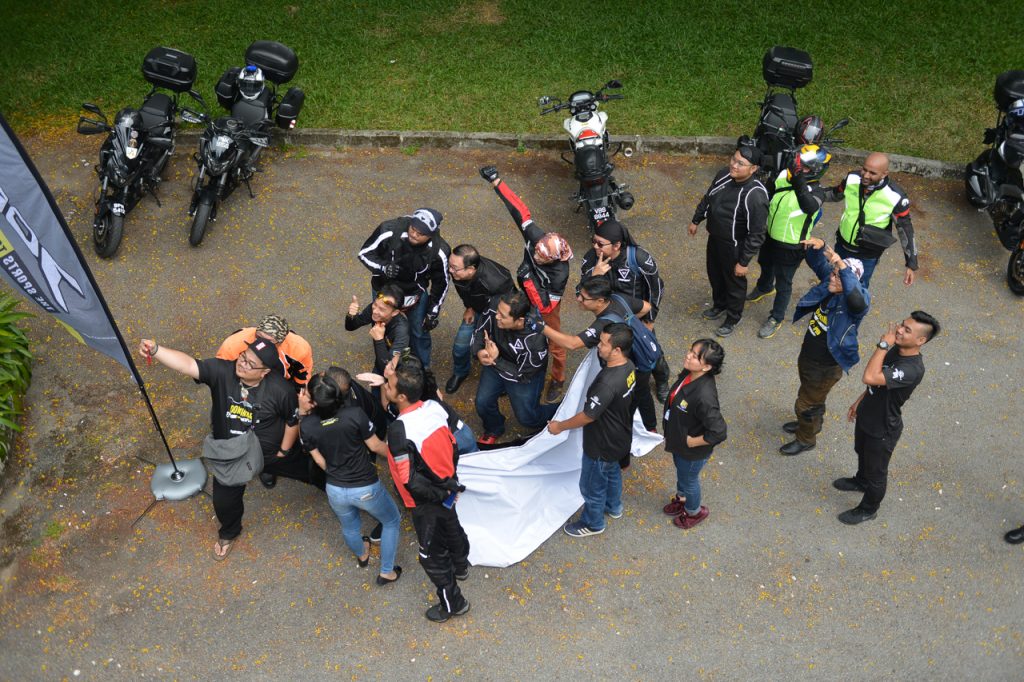