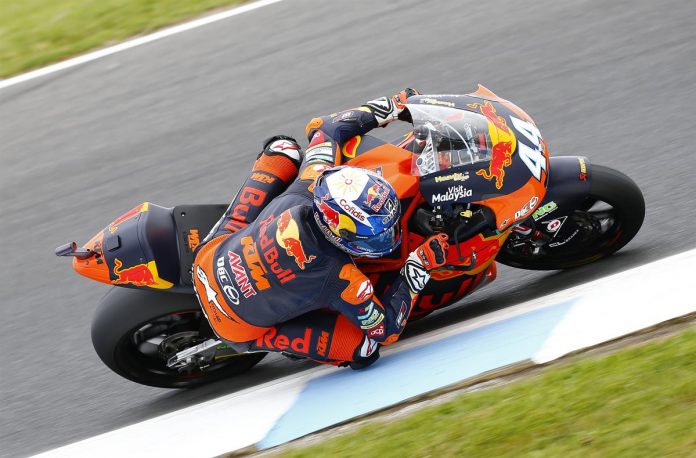 Miguel Oliveira and Brad Binder scored the top two podium finishes in the Moto2 race at the Australian GP yesterday, and a place in KTM’s record books. 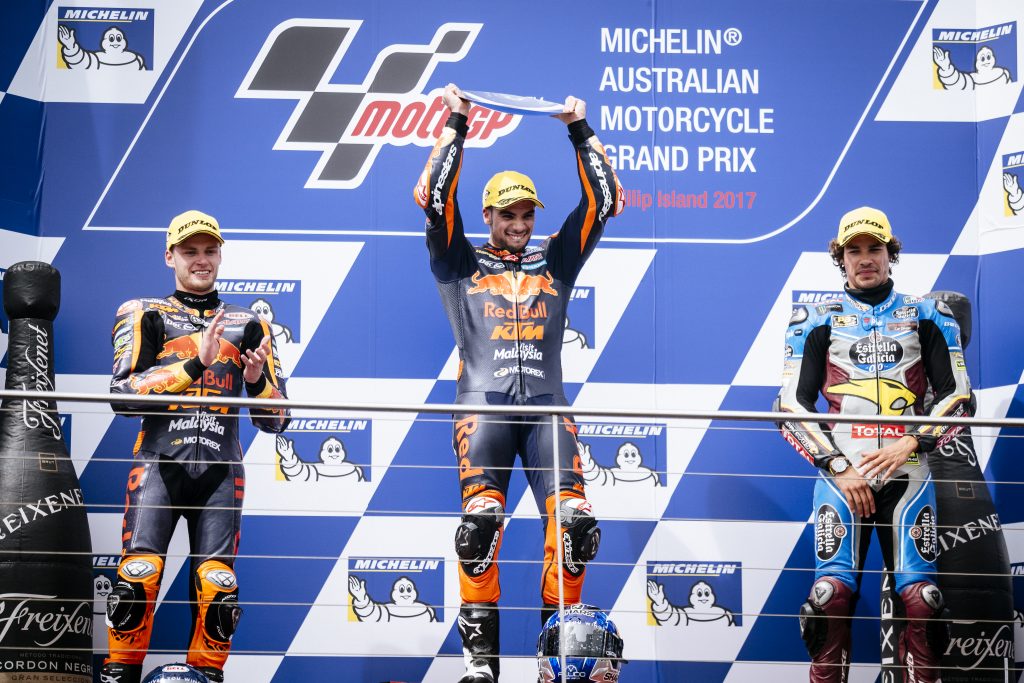 Oliveira took the lead as soon as the lights went green and never looked back, even opening up a margin of six seconds at one point. Binder trailed in second place but was soon caught by championship leader Franco Morbidelli. The pair traded places with some aggressive moves until the rain flag waved just before the end. Binder held off Morbidelli for his first Moto2 podium in his first year in the intermediate class.

The Austrian manufacturer had decided to contest both Moto2 and MotoGP beginning this year (2017). But while Pol Espargaro and Bradly Smith have been posting encouraging mid-pack results on the RC16 in MotoGP, it’s Miguel Oliveira who has been knocking on the door for his first Moto2 win.

Prior to the Australian GP, Oliveira had guided his KTM Moto2 bike to 6 podium finishes in its very first year in the class. In fact, KTM’s Moto2 effort got off to a flying start when the Portugese rider finished in fourth at the first race in Qatar, then following up with a second place in Argentina. He was on the podium again two races later in Jerez, Spain. More podium finishes came in Catalunya, Germany, Czech Republic, and Aragon. 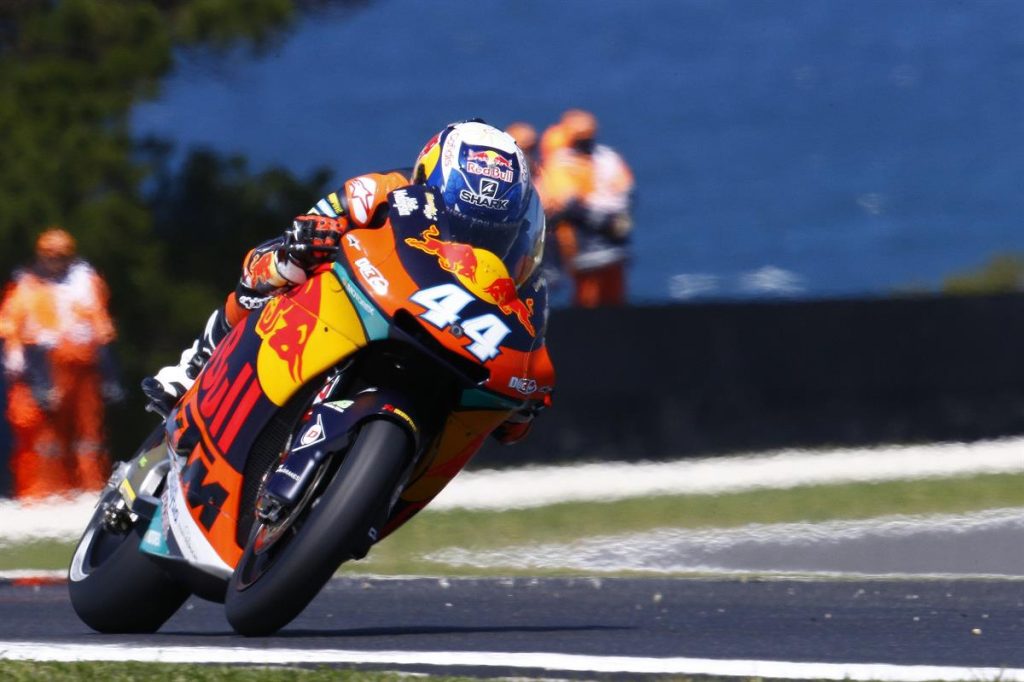 In the sixteen races leading up to yesterday’s, Oliveira had finished out of the top ten only once in France, apart from two retirements in Austria and San Marino. He had also claimed two pole positions along the way.

Brad Binder, on the other hand, was the 2016 Moto3 champion, before moving up to the Red Bull Ajo Moto2 team to partner Oliveira this year. Fans would most probably remember Binder’s two victories after he started from dead last on grid! 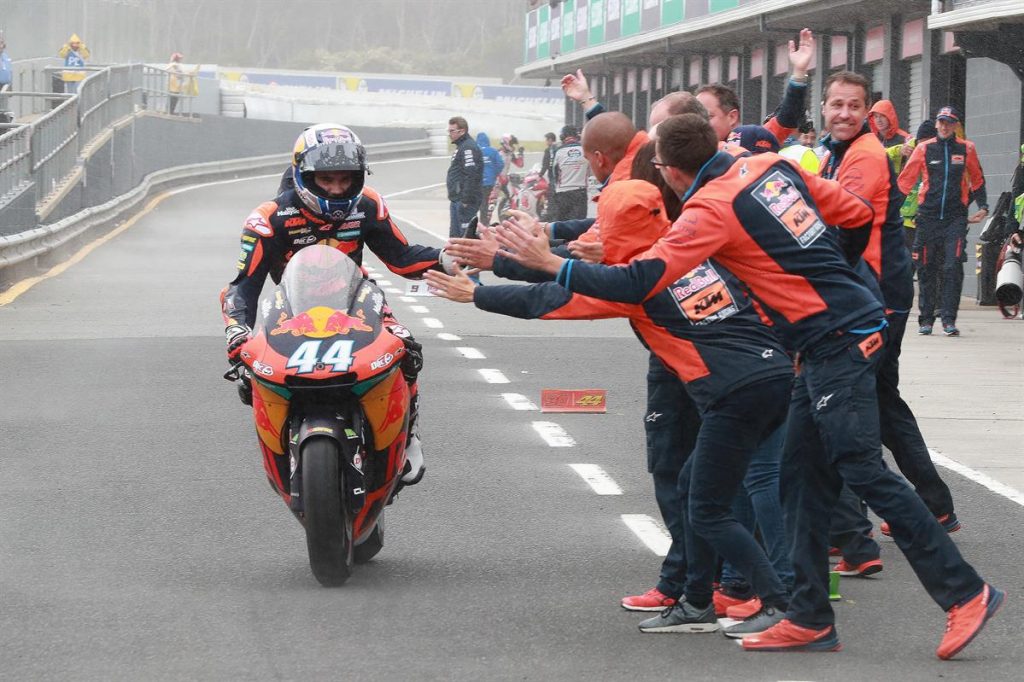 Despite a difficult start to the season and injuries, the South African have been making steady progress since Round 11 in Austria.

Finishing 7th in Austria, Binder has since logged 9th in Great Britain, 4th in San Marino, 5th in Aragon, a DNF in Japan, and the second place in Australia yesterday.

With two rounds left in the 2017 Moto2 Championship, Miguel Oliveira now places third with 191 points, while Brad Binder is in tenths with 89 points. 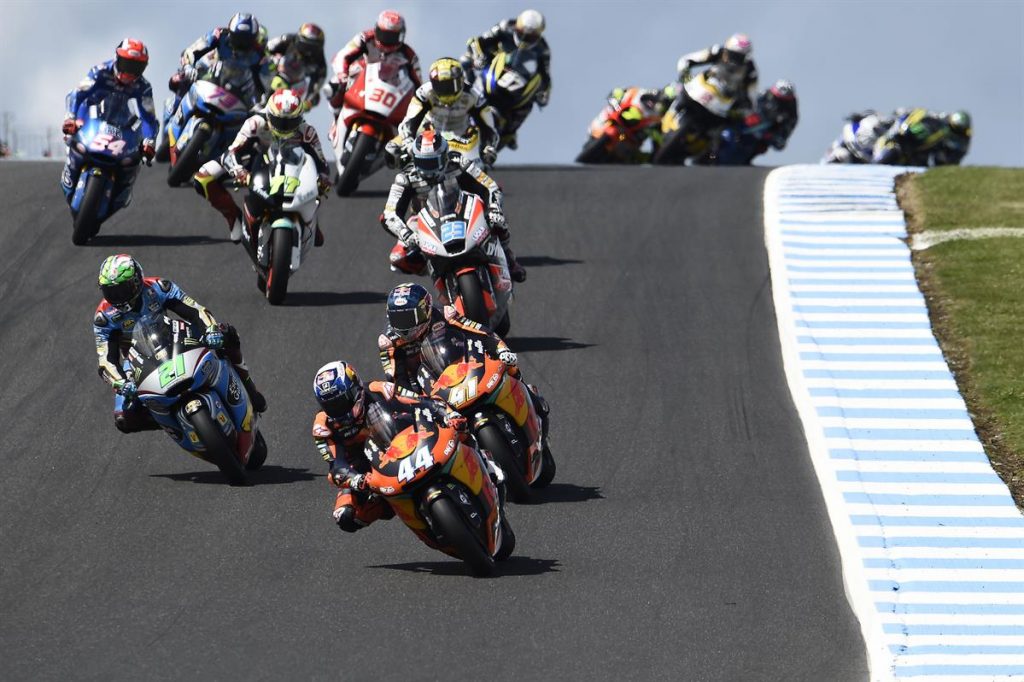