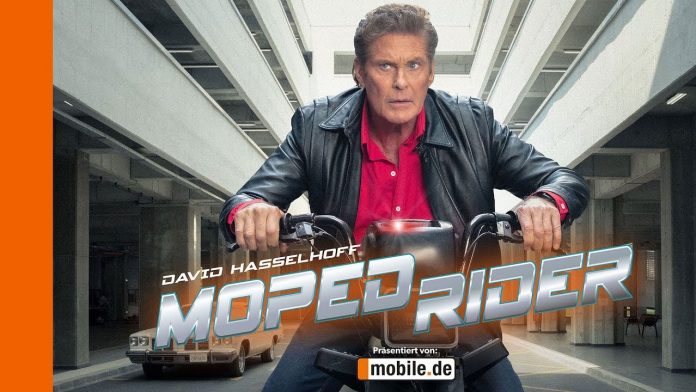 Yeah, the one with the fancy black Pontiac Firebird called KITT that talks? Starring David Hasselhoff as Michael Knight whose the car’s driver, the pair fights dastardly criminals all over the United States.

The Hoff and KITT are back. Er… mostly.

In this commercial for the mobile.de online marketplace, Michael Knight and moped KITT fight a couple of bank robbers, complete with POWER BOOST and MEGA BOOST for a greater kick. We won’t spoil it for you but Knight did use the MEGA BOOST function.

Fans will recognise the 80’s wardrobe and hairstyle, besides the cheesy action and camera work. But the video was a whole lotta fun and hilarious.

Hasselhoff said during an interview, “I’m just kind of synonymous with making fun of myself and having fun.”

Unfortunately, the commercial is only available in German (The Hoff is German, anyway) although the action takes place in the States.