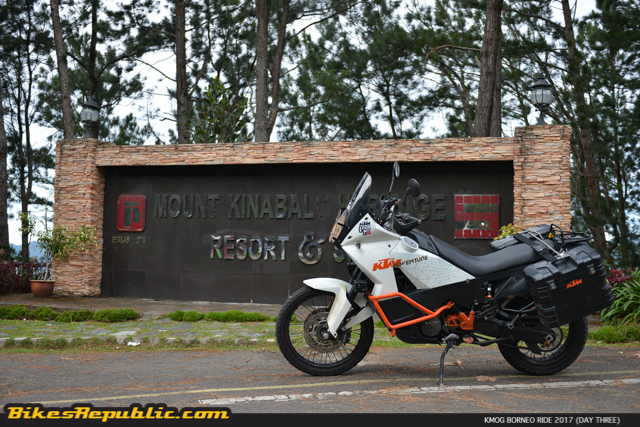 As usual, we got early for a simple yet hearty breakfast at the hotel. The exception though, was the crisp and chilly mountain air, which accompanied us. Almost everyone went outside afterwards to draw lungfuls of it. 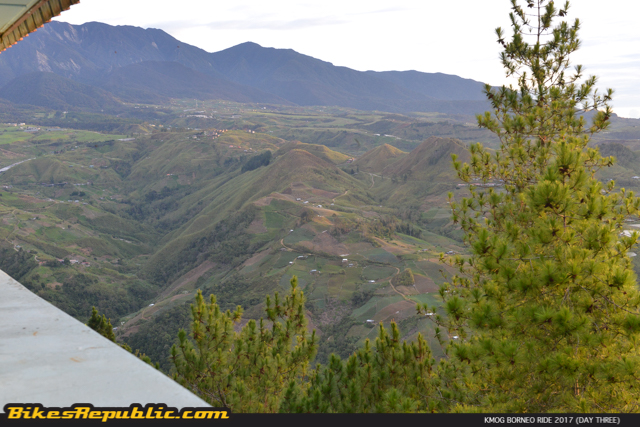 As we arrived after dark last night, we couldn’t see what was beside the roads. Well, Kundasang didn’t surprise at the break of day. The hotel was situated on a hilltop tall and was surrounded by tall pine trees looked. Looking around below, were lush valleys, interspersed with little houses. 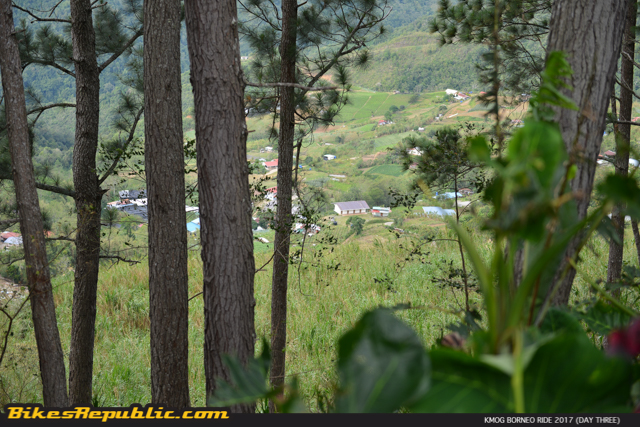 However, there was a pathway which led to a viewing platform just outside the restaurant, and there, we stared at Mount Kinabalu’s crown. 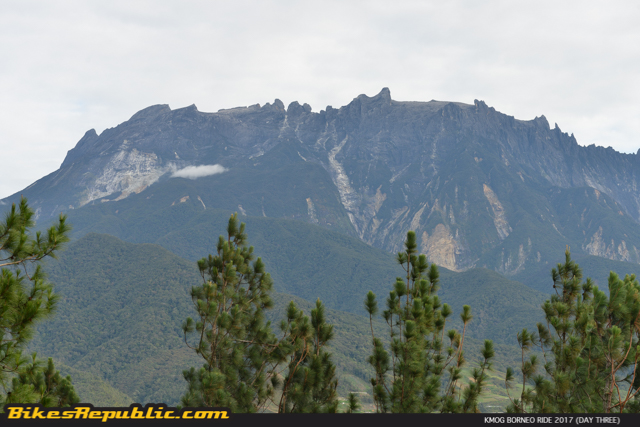 Ranau, the site of the devastating 2015 Sabah earthquake, was just 20km away. Looking up the side of the mountain, there were massive patches of light-coloured rocks, evidence of landslides due to the quake. Still, the mountain was beautiful and I could only wished we had scaled it to the top during this trip. 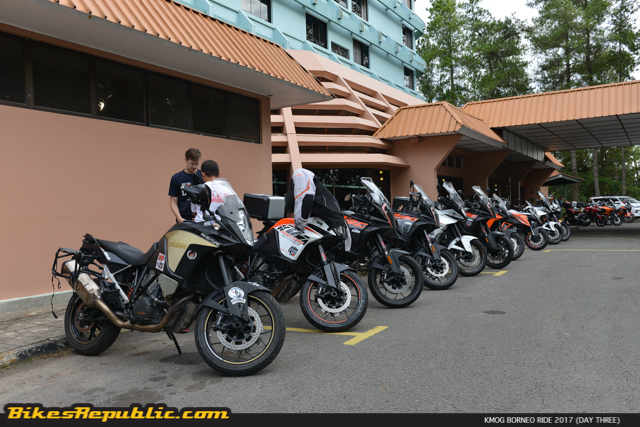 The KMOG Borneo Ride 2017 convoy pushed off at exactly 8.30am, the efficient marshals made sure of that. 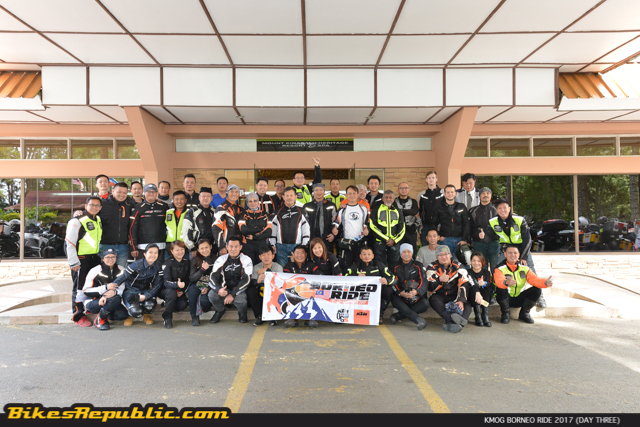 It took just a few kilometres out of Kundasang for us to realize that the road was very narrow, much like the old Gombak-Genting Sempah road, without the landslides (and cyclists).

Traffic was wonderfully light, except for a number of big trucks we encountered.

However, the road’s condition increasingly deteriorated the further we rode. Many sections were uneven with plenty of potholes and patches thrown in. Legacy of the earthquake?

KTM Malaysia had graciously loaned the 1290 Super Duke GT to me for this ride. There was another GT ridden by Mr. Kan and we pulled away from the middle pack to enjoy the corners. I rounded a corner and came face-to-face with section which resembled a motocross double jump! I clamped down on the brakes hard and triggered the ABS but I was too close, so I the brakes go and yanked on the throttle, because I didn’t want the rear to kick up hard and endo me into road.

The bike flew but the “landing zone” was badly rutted. I caught a rut and it drove me to the road’s shoulder. I gave the bike some gas and the bike recovered itself smartly.

I had set the riding mode to STREET and the damping for the electronically-controlled semi-active WP suspension to COMFORT. However, the road surface was so bad it caused the bike to wallow in midcorner. Switching to STREET helped somewhat, it was too harsh in the rough sections. Going faster than 120 km/h, helped though.

I watched with jealously as the 1290 Adventure Duke T and the 1290 Super Adventure S’s suspension (also electronic) soaked up the bumps as if they weren’t there. A few riders could even relax one arm while riding.

We rode past the town of Ranau, but there wasn’t time to check out the view as we concentrated on the road and traffic.

We reached the Sabah Tea Resort Restaurant 36km away without incident. We got the real taste of freshly brewed Sabah tea. 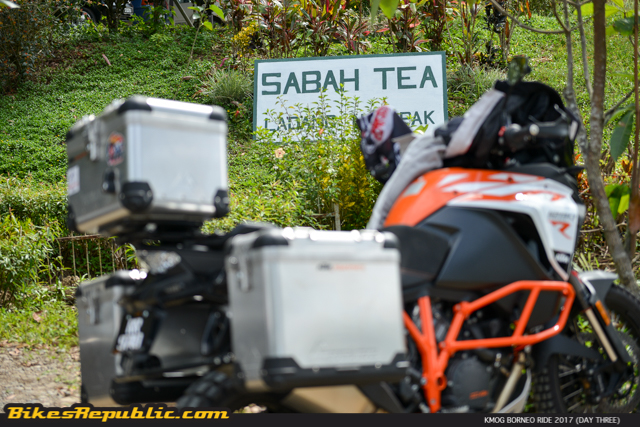 It was lovely. Good aroma with a full body and just the right amount of acidity. Slightly sweet, slightly sour, but not bitter. With a great view to boot! 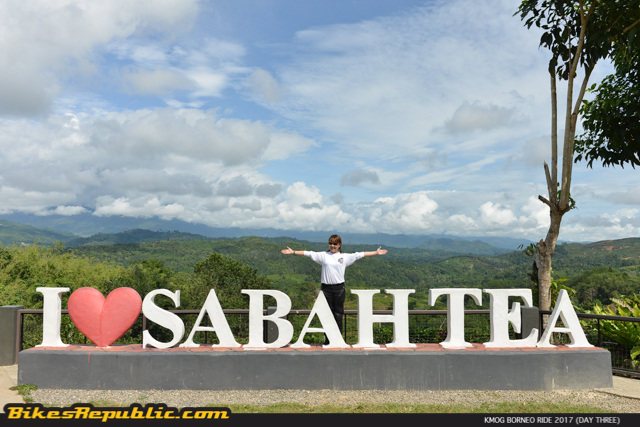 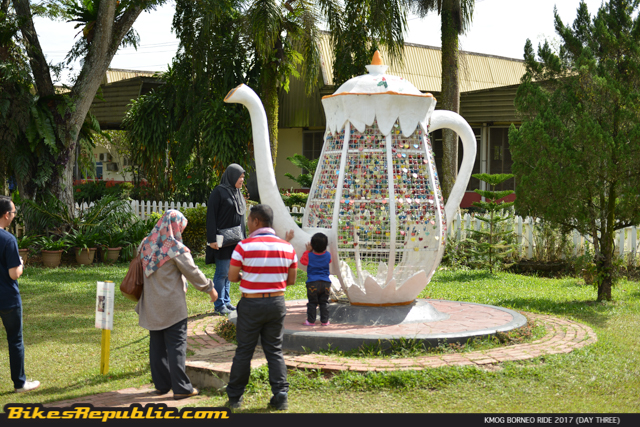 We rode back down the hill, whose road was a no-road. It was an unpaved gravel road with some big rocks. The GT did well, never threatening to throw away a tyre despite being more of a sport-tourer, with the emphasis on sport.

It was a straight shot to Sepilok from there.

We reached the Banana Cafe just in time for lunch. 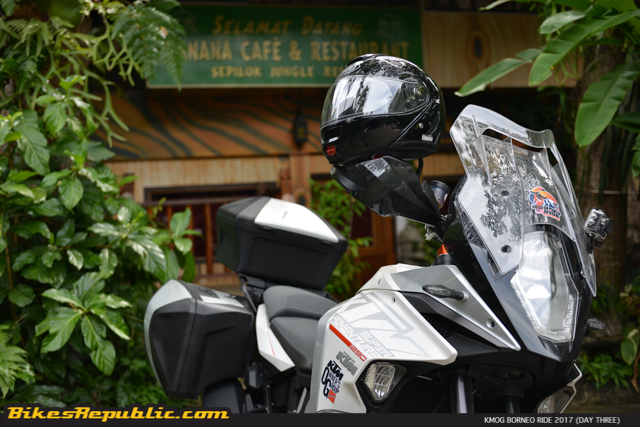 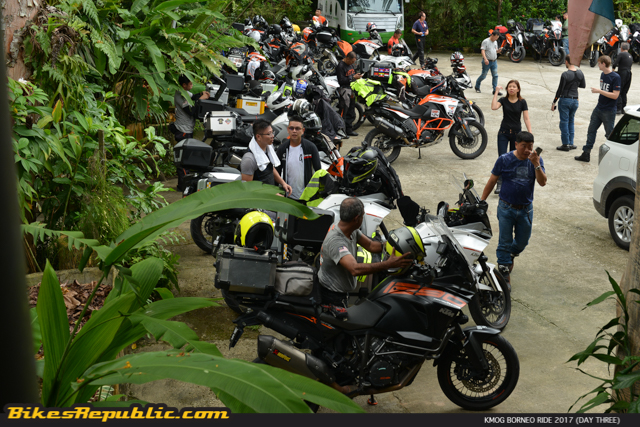 The food was simple yet tasty, and enjoyed the great hospitality. The restaurant’s owner had even treated us to the “UFO tart,” unique to Sandakan. 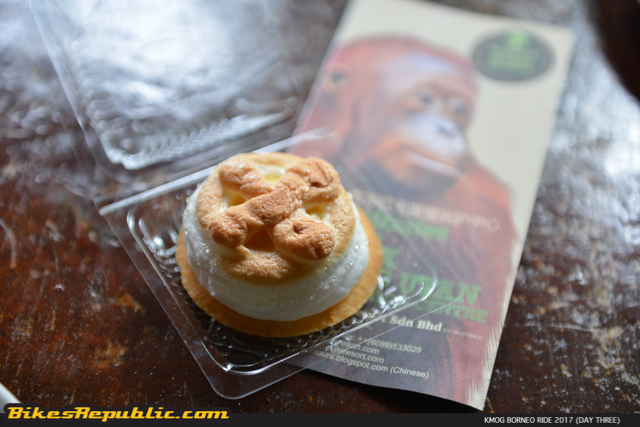 From there, it was a quick jaunt to the Sepilok Orangutan Rehabilitation Centre.

The facility is located at the fringe of the Kabili-Sepilok Forest Reserve, and as apparent from its name, it rescues orphaned orangutans and rehabilitate them for life in the wild. 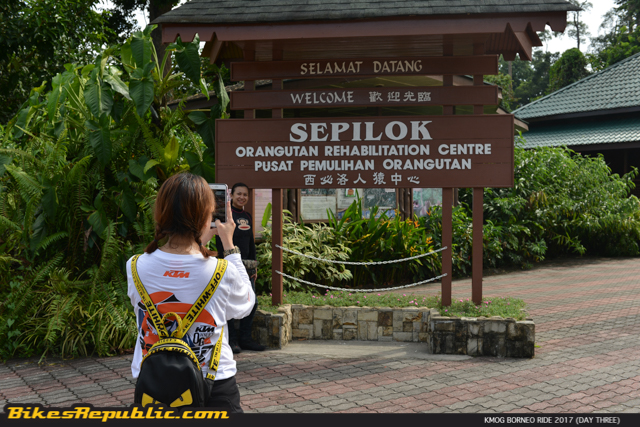 It opens at certain hours to the public called, during feeding time. The orangutans are fed twice daily. 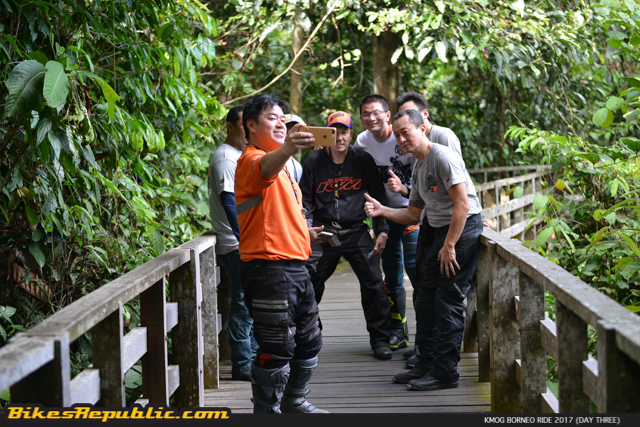 The facility features a boardwalk raised above the swampy land below. It leads to the main viewing area, where the orangutans get together for their meal time. 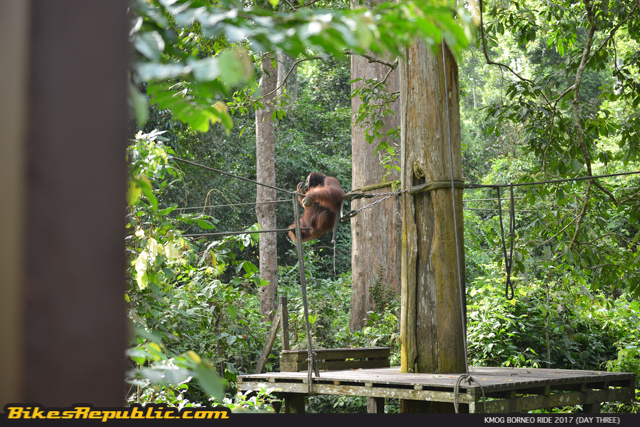 That done, we got back on our bikes and made our way to the hotel in Sandakan.

We were given a couple of hours to freshen up before we headed out to dinner at the famous Tai Lau steamboat restaurant. 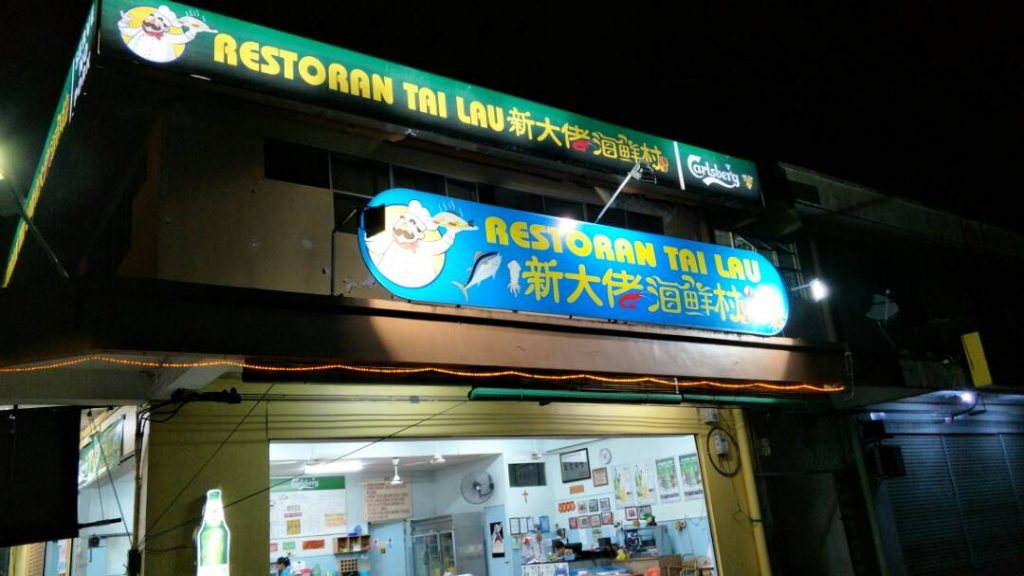 “Dinner” was the inappropriate word for it. It was a 10-dish feast as KMOG had ordered a multi-meal course consisting of steamed fish, squid, mussels (lala), braised vegetables, kung pow chicken, stir-fried green vege, prawn platter, crabs fried with salted egg and fruits for dessert!

With our tummies full, it was time to fill up the bikes ahead of tomorrow’s long leg. The final stop is Keningau, but instead of riding back through the route we had come in on, we are going to ride south to Tawau, before turning west, over the Crocker Range. It promises to be the most epic part of the KMOG Borneo Ride 2017.