Kota Kinabalu, Sabah, 2nd November 2017 – Day Two of the KMOG Borneo Ride 2017 dawned early. The 6am sky in Sabah was already as bright as 8am back in West Malaysia. The weather has cleared this morning, giving way to bright sunshine and high heat by midday. 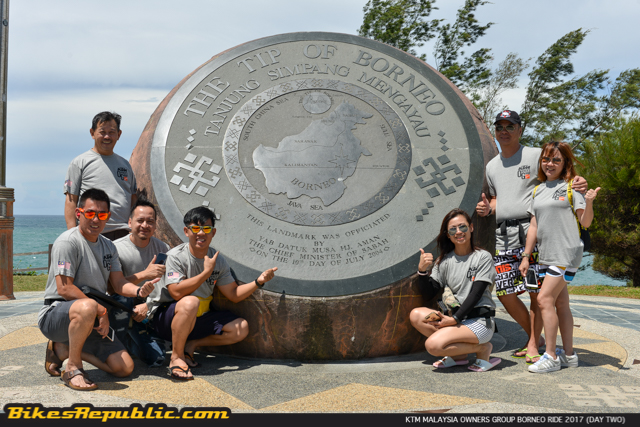 The KMOG’s Committee and KTM Malaysia’s crew were sleepless the entire previous night and day, in the hopes of receiving some good news from the port. The participants’ motorcycles were still in containers on a ship, anchored off the coast to weather the storm. (Click here for Day One.) 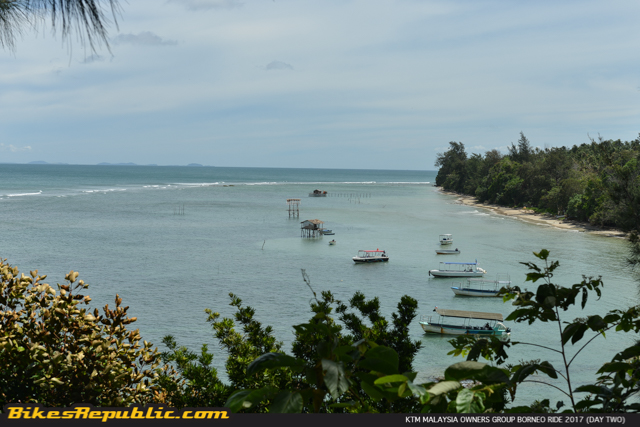 The hardworking (read: overworked and stressed out) committee KTM crew had to make a decision to either make the participants wait at the hotel until the bikes arrived, or find some way to let them visit the intended destination. Rather than moping around, they hired a tour coach which transported us to Tanjung Simpang Menggayau, more popularly known as the Tip of Borneo.

As the name suggests, it’s the northern-most cape of the Borneo island which extends into the South-China Sea. There’s breathtaking view all-around, as we stared into the great ocean. There, over the horizon is the Filipino Archipelago. 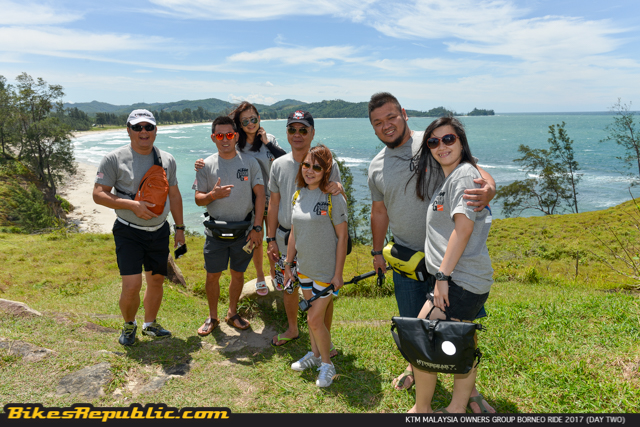 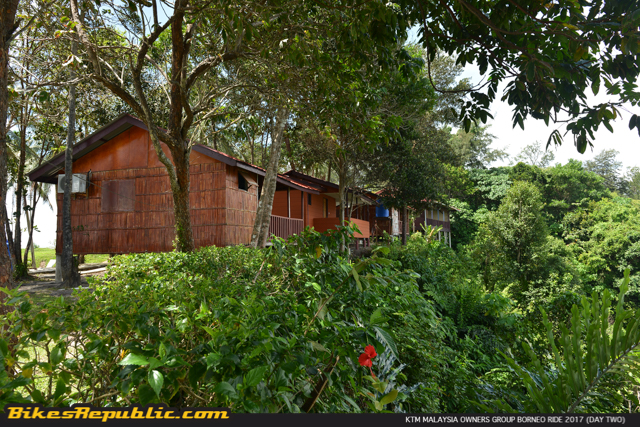 I spotted a few photographs of the Milky Way, our home galaxy, posted outside the reception centre. That’s a great interest to stargazers and astronomy enthusiasts such as myself. Light pollution at popular tourist destinations has caused us to lose sight of nature’s most beautiful night show. 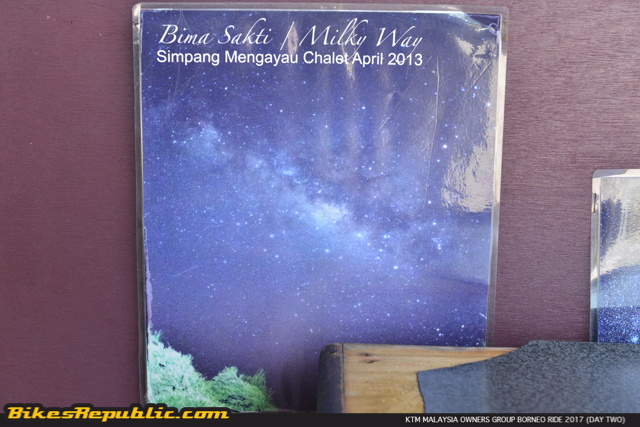 We left the cape and had lunch at a small beachside resort on the way back to the hotel. The tour operator, Borneo Excursions was amazingly professional and ensured all arrangements were fuss-free. 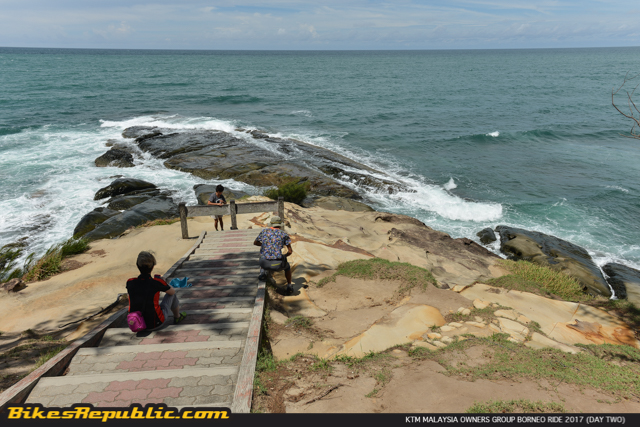 We were expected back at The Palace Hotel in Kota Kinabalu by 3pm. However, heavier than usual traffic put paid to the plans and we arrived at nearly 5pm, instead. 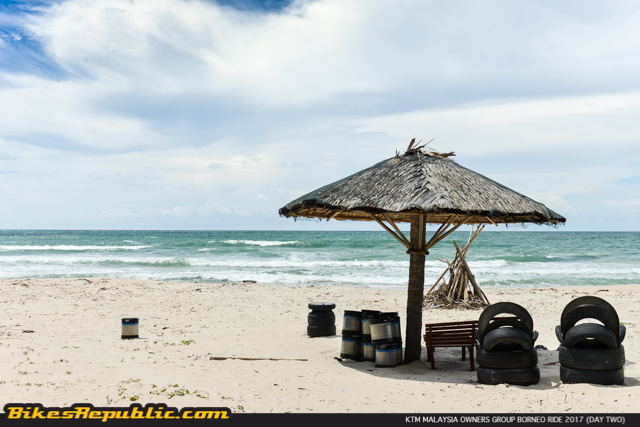 But you know what they say, every cloud has a silver lining. 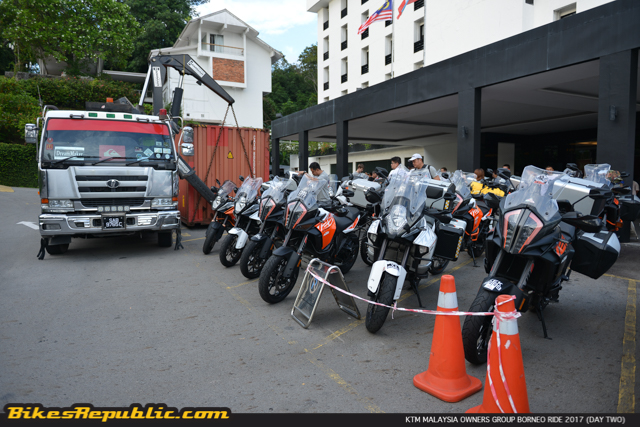 The third and final container was in the process of being offload as the bus pulled into the hotel’s driveway. The other bikes have been offloaded, fully fueled and tyre pressures optimized. 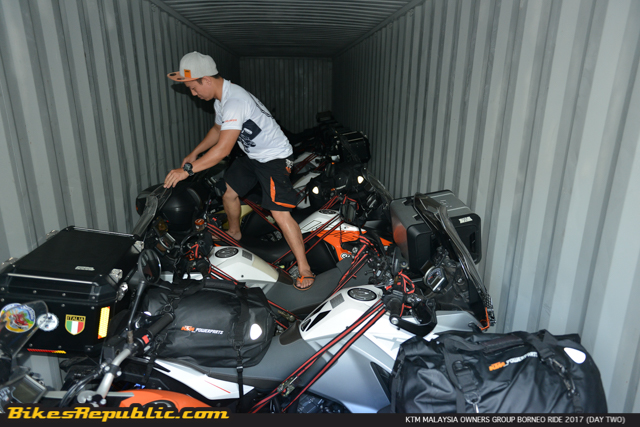 A blur of activity enveloped the otherwise peaceful hotel, as participants scrambled to get changed, load their bikes and suit up for the ride.

While the skies turn bright early each day, it also means that it gets dark early. Make that very early and very dark. 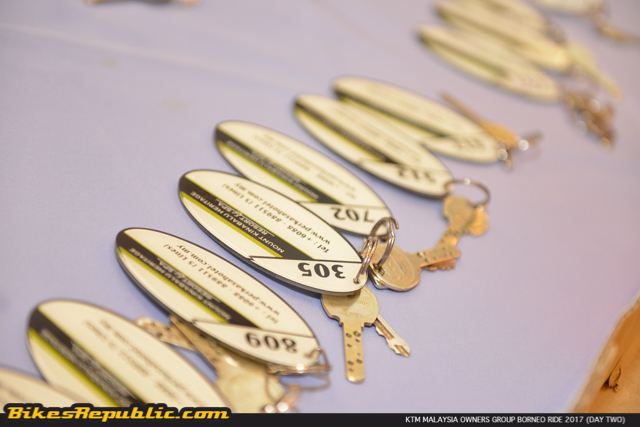 It had started to look like 8pm at 6.30pm, during the safety briefing and when Ong Soo Yong (one of the hardworking committee members mentioned earlier) waved us off. He advised us to look out for one another along the dark road. Thus began the KMOG Borneo Ride 2017 in earnest. 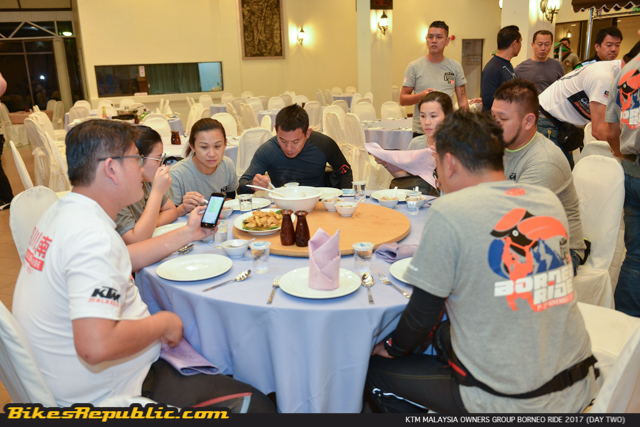 We had to squeeze through the heavy traffic with large-capacity panniers and all. We made our way up the Gunung Kinabalu mountainside, passing the site of a recent landslide.

The marshals did their best to guide us and we finally arrived at the Mount Kinabalu Heritage Resort & Spa in Kundasang, safe and sound. We headed directly to the restaurant for dinner, before checking in and calling it a night. 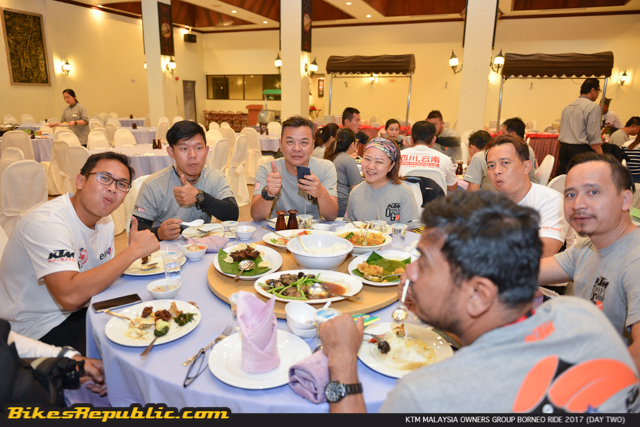 We’ll be heading to the Orangutan Sanctuary at Sepilok on our way to Sandakan, tomorrow.