There’s much to learn from the cut-throat world of racing. Almost every modern-day technology on a motorcycle available to the public was trickled down from racing. That applies not only to sportbikes and race replicas but also to all types of motorcycles from the tyres up.

Motorcycle frames, chassis, engine power delivery, materials, and the way they look, were born out of the necessity to trump the competition in races and ultimately championships.

There are two premier racing classes in the racing world, namely MotoGP and World Superbike.

The motorcycles that race in MotoGP are thoroughbred prototypes, meaning they do not share similarities with motorcycles that are available to the buying public, although the technologies may soon find their way to road-going models.

The World Superbike Championship (WSBK) on the other hand, is production based. But what does that mean?

Being production-based means the machines racing around the world on weekends must be based on bikes that are available to you and I when we visit the bike shop. To be eligible for WSBK competition, the manufacturer must produce a certain amount of motorcycles similar to the one they’d be campaigning with – this process is called “homologation”. The minimum number of homologation models to be produced depends on the total output of the manufacturer – the bigger they are, the more homologation models they have to produce.

Hence, the limited edition race replicas or in Kawasaki’s case, the “RR.” Kawasaki has been producing the RR-spec models since the ZXR750RR in 1989 (Click here for our article on iconic Kawasaki motorcycles.)

While the racebikes aren’t 100% stock, they are much closer to production machines than one might think, since they have to conform to certain stipulations laid out by WSBK. Among them: Frame design and dimensions (therefore chassis dimensions such as rake, trail and wheelbase), the engine’s cylinders’ dimensions, throttle body size, and bodywork dimensions and look must not be altered.

Thus, in order for their bikes to be competitive on the track, manufacturers must create homologation specials that are already imbued with high performance – or shall we say, ready to race. Think of the difference between the standard ZX-10R and ZX-10RR Racing and you get the picture.

It’s not only customers who reap the enjoyment of these engineering marvels. Because it truly goes both way as they are also beneficial to the riders too.

Kawasaki for one is a manufacturer who’s never afraid to push engineering boundaries.

Tom Syke’s 2013 championship-winning ZX-10RR had actually been carried over from 2011. The 2013 model is well-known for its exceptionally linear power delivery, great handling, good ergonomics and advanced K-STRIC traction control electronic package. That meant Sykes and co had something good to work on from the beginning. The ZX-10RR’s 998cc was in fact so good that Colin Edwards’ CRT MotoGP team used it in 2013 MotoGP season.

Sykes was close to defending his title in 2014, but ultimately losing out to Sylvain Guintoli by an agonizing six points due to a single retirement in Malaysia. 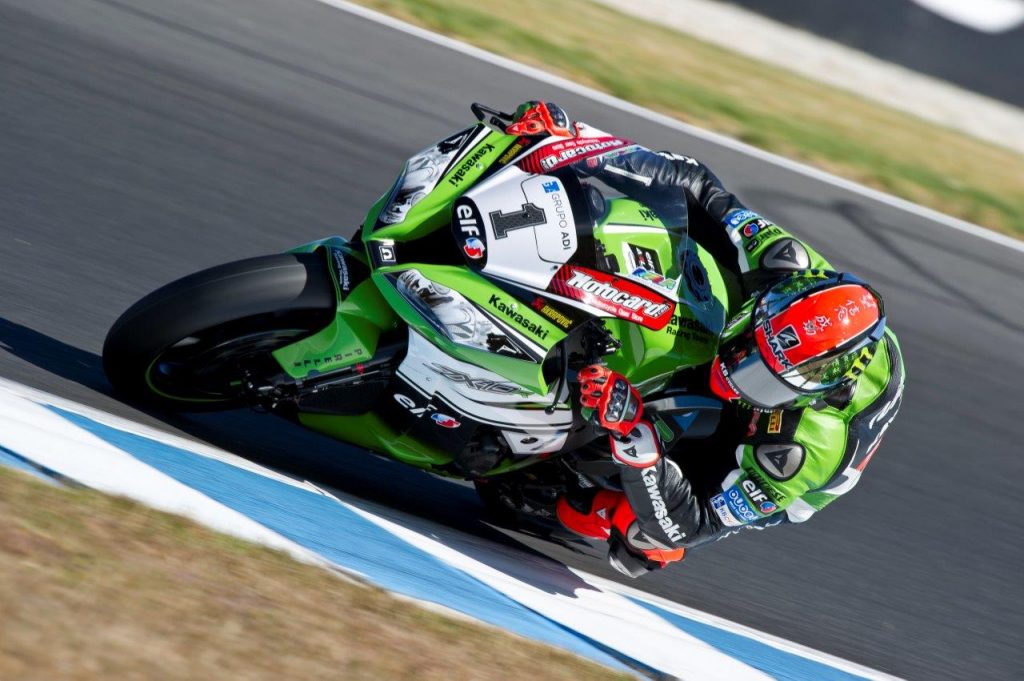 The 2015 Ninja ZX-10R wasn’t changed much in terms of hardware, testament to how well it was designed from the outset. It was this year that Jonathan Rea won his first WSBK crown, in his first full season on a Kawasaki. Rea amassed a total of 548 points at season’s end, 132 more than the next rider, Chaz Davies on the Ducati.

Kawasaki revamped the Ninja ZX-10R in 2016, after taking cues from both factory riders Rea and Sykes. Project leader, Yoshimoto Matsuda even said that his team wasn’t looking at the aesthetics so much as improving the bike’s mechanicals.

The engine had gone on to develop 197 bhp, while weight was reduced to 205 kg. The crankshaft and primary gear were lightened to reduce inertia. The steering head was moved 7.5mm closer to the rider for better control. The swingarm was elongated by 15.8mm to put more weight on the front wheel and reduce wheelies. Both the steering head angle and swingarm pivot are adjustable.

Rea went on to dominate the 2016 season and successfully defend his title.

For 2017, Kawasaki brought back the Ninja ZX-10RR in Winter Test black and single seat. The biggest change was to the engine, where the new cylinder head was designed to readily accept the high lift cams in the race kit. Only 500 units were built.

On the track, Rea decimated the field to win his third successive title, to become only the second rider to have achieved the feat.

Kawasaki has also revealed the 2018 Ninja ZX-10RR during EICMA (complete with snowflake logos). Again, because the bike is already so good, almost no changes were made except for cosmetic ones. Will Rea and Sykes dominate again in 2018? It’ll be unwise to bet against them.

That’s the main appeal of the Kawasaki ZX-10RR, as it’s made to dominate on the track from the time it went out of the factory’s doors. As such, customers will get their hands on the best sportbike in the world.