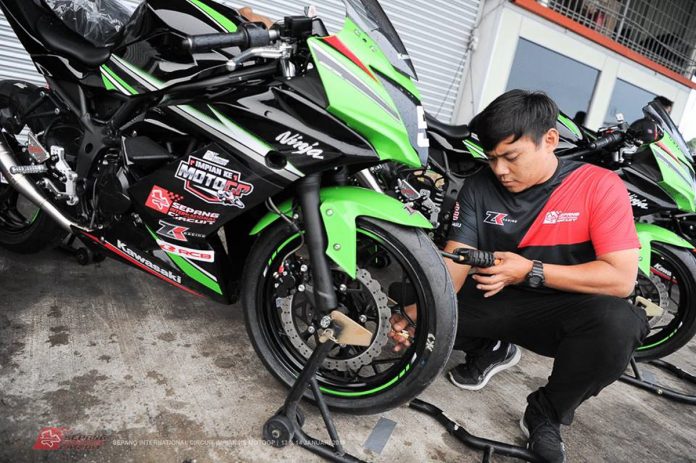 A few units of the Kawasaki Ninja 250 SL streets bikes which have been tuned for racing will be used by the riders to train led by Zulfahmi Khairuddin.

Kawasaki Malaysia is known for being active in supporting the local racing scene and national motorsports industry. 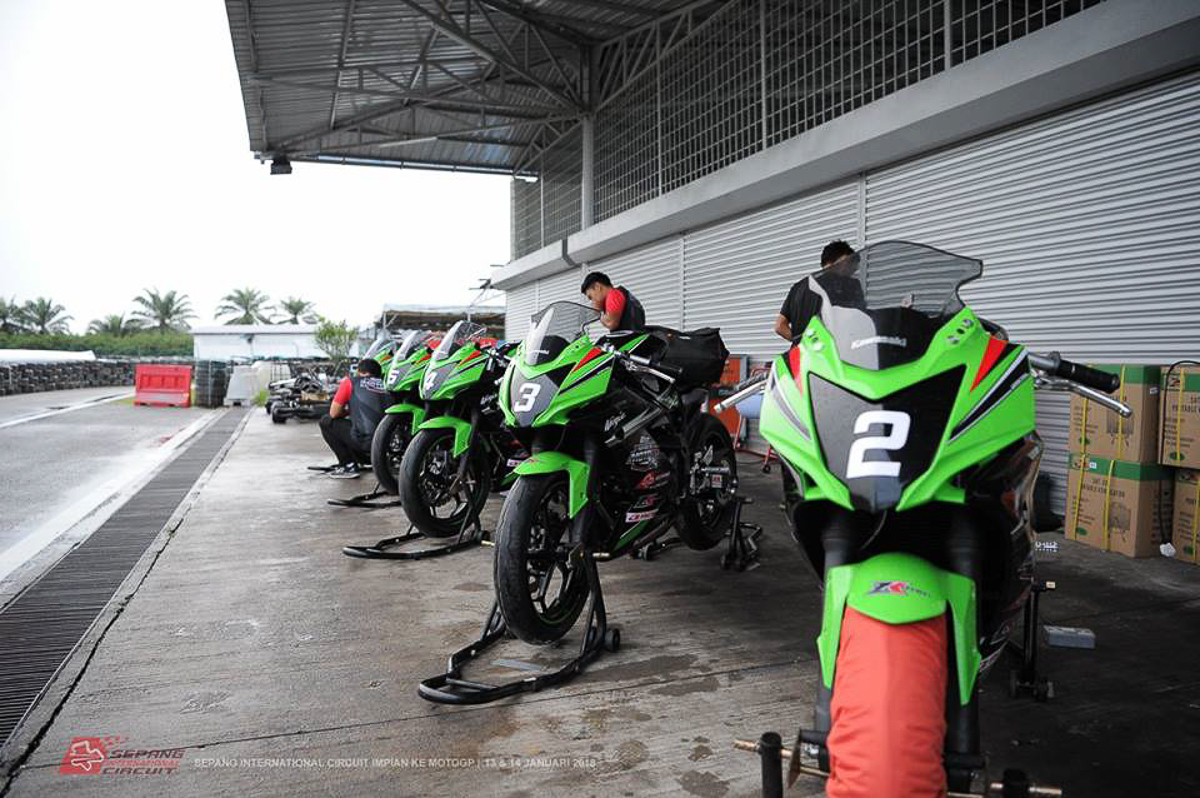 In our recent report this morning, five young riders have been chosen to join the Impian ke MotoGP or ‘Dream to MotoGP’ program organised by the Sepang International Circuit (SIC). The training program which will be spearheaded by our very own national rider Zulfahmi Khairuddin will begin in the next few weeks. 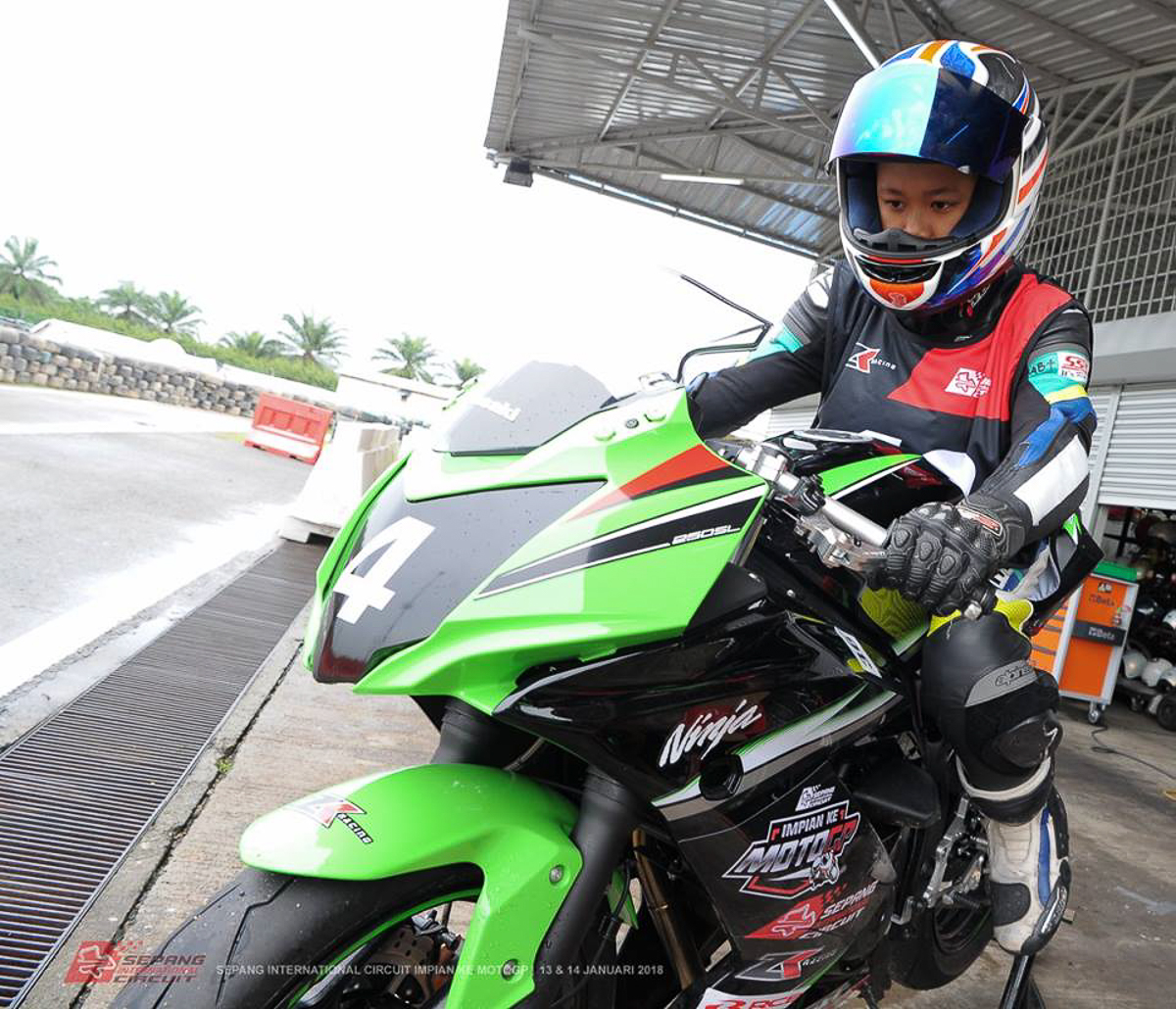 For the training program, Kawasaki Motors Malaysia (KMSB) has supplied a number of Kawasaki Ninja 250 SL street bikes which have been tuned for racing. Five individuals aged from 13 to 15 will undergo a strict training regime which will also be supported by former racing figure, Ahmad Zamani Baharuddin. 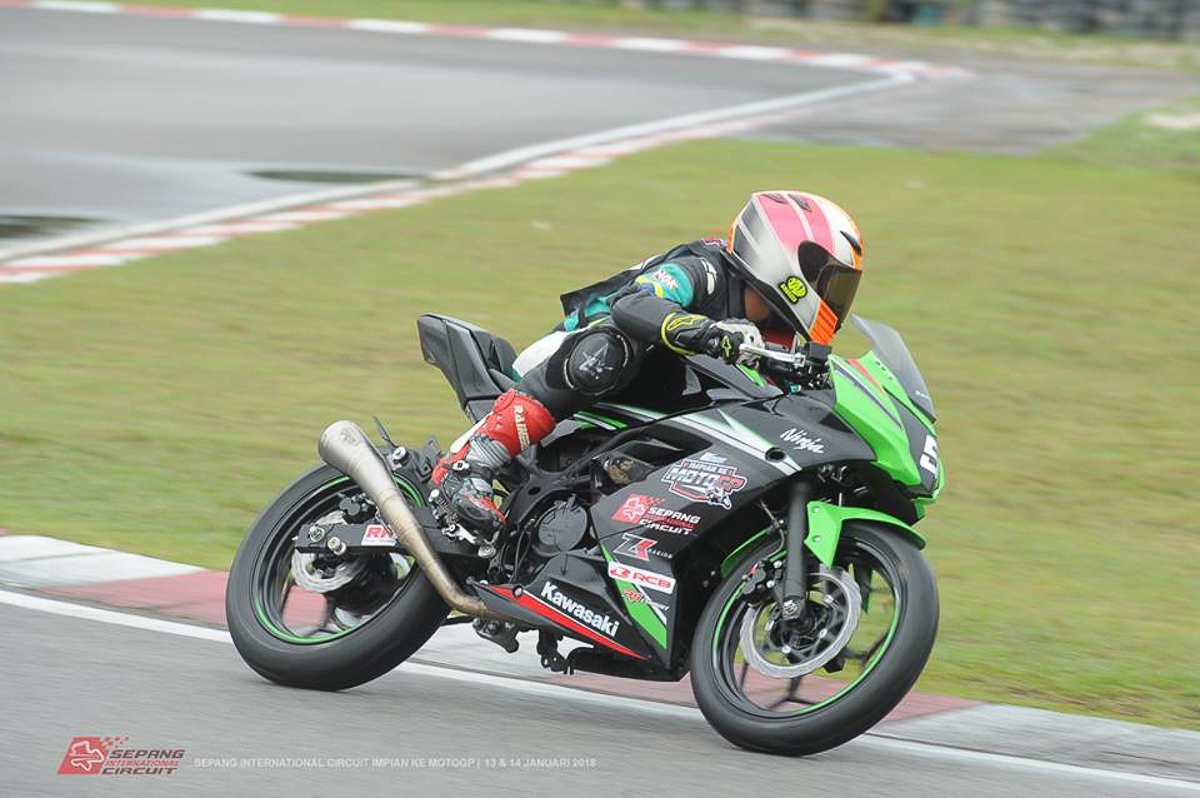 Kawasaki Motors Malaysia is well known for their great support to the motorsports industry here in the country especially with our fellow riders who have made the nation very proud. Racers such as Zulfahmi who is actively racing in the WorldSSP and Azlan Shah Kamaruzaman who was the 2017 Asia Road Racing Championship (ARRC) champion both used the race-bred Kawasaki Ninja ZX-6R. 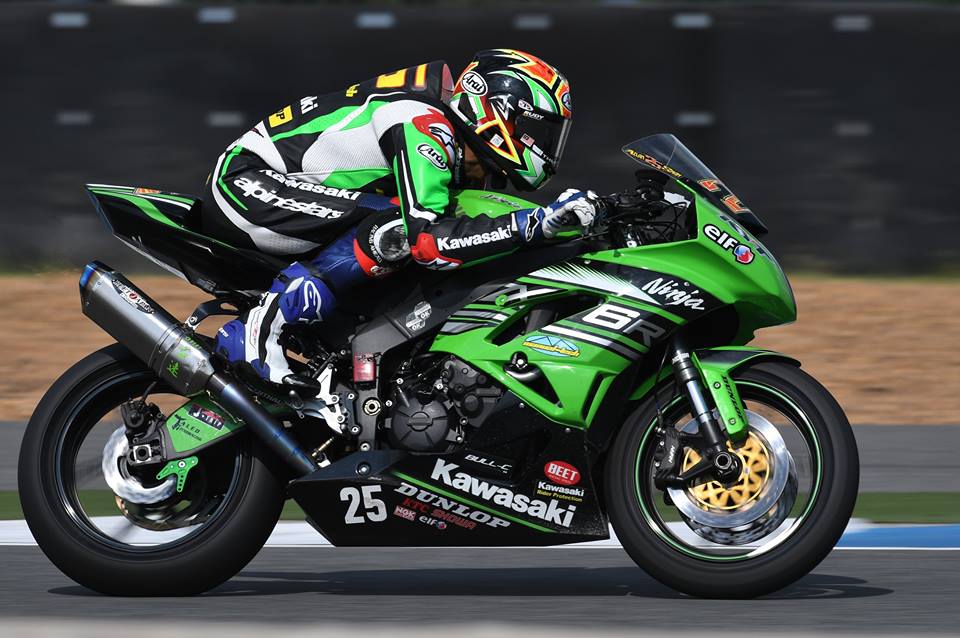 For the Impian ke MotoGP program, Kawasaki again showed their generosity by providing the 250cc bikes for the boys to train under the watchful eyes of SIC. The two best riders from this program will have the chance to prove themselves at the Spanish FIM CEV Repsol Moto3 series as well as the Asia Road Racing Championship (ARRC) and Malaysia Superbike Championship (MSC). 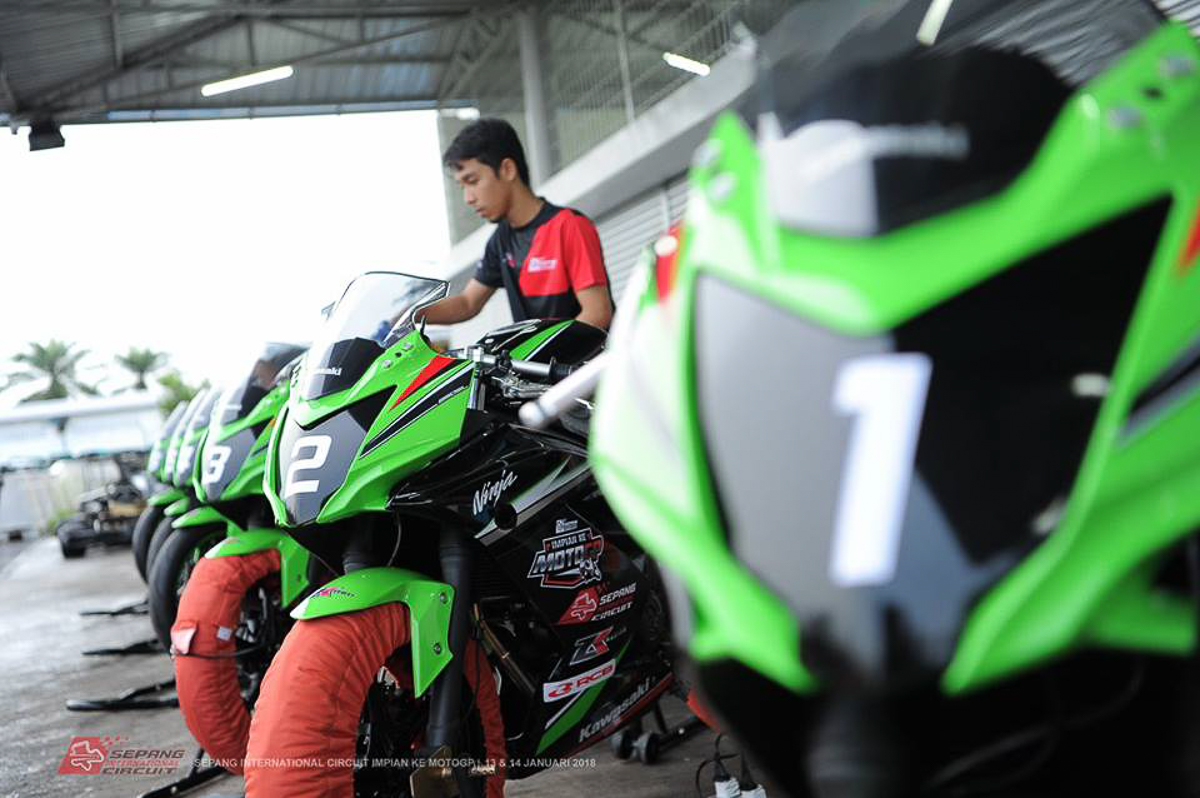 To know more about the ‘Impian ke MotoGP’ program, check out the link below.