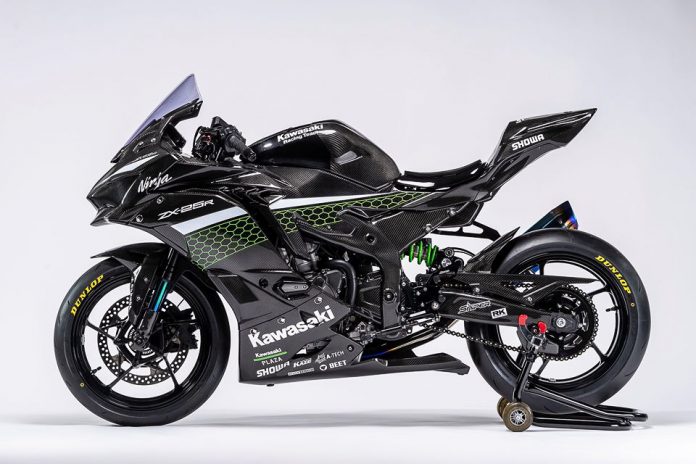 We knew that a bigger version of Kawasaki’s ZX-25R is on its way and it will be called the ZX-4R.

We also knew that Kawasaki has filed a trademark application of the ZX-4R in various countries including in North America and Asia, signalling the arrival of the new motorcycle.

What we don’t know is that Kawasaki plans to introduced the ZX-4R much sooner than we predicted.

According to a new teaser video posted on Kawasaki’s Indonesia social media account, there is a new Ninja ZX on its way this October.

To be fair, the 30 second video provides little hints aside from revealing the ZX nameplate.

So far, Kawasaki already updated its current ZX range, including the ZX-25R, ZX-6R and ZX-10R.

That said, the new product launch is likely to be the upcoming Ninja ZX-4R inline-four motorcycle.

If the reports are true, then we have something to be excited about for 2023.