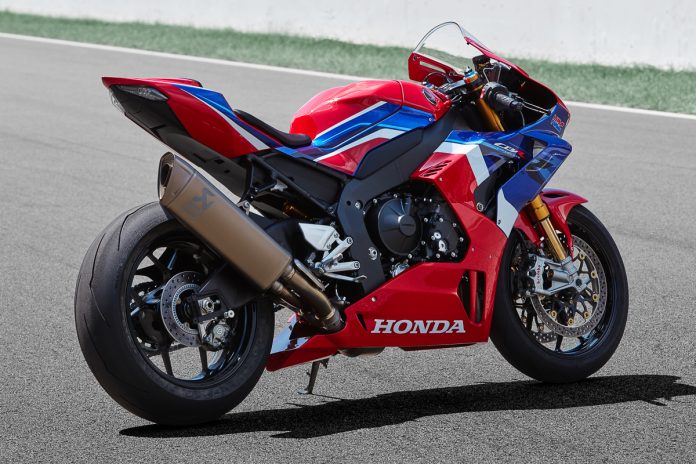 While many are still awaiting to take delivery of the 2020 Honda CBR1000RR-R Fireblade (besides being kept indoors by lockdowns in various countries), the manufacturer has issued a recall campaign in Europe.

The campaign affects some 300 bikes. Honda says that it’s a precautionary measure to fix what could be potential conrod (piston connecting rod) failure. The defect may be due to metallurgical defect.

The number makes up about 10% of the bikes allocated to the continent. Other countries are thus far unaffected. It leads us to believe that the conrod supplier made a bad batch.

In any case, we’ll keep you updated in case those of other markets are involved.

On another note, it’ll be interesting to see how this new CBR1000RR-R will do in the market, especially given its price. Such price point was last seen with other Honda World Superbike homologation specials such as the VFR750R RC30, RVF750 RC45, VTR1000SP RC51. All these bikes were either built entirely or in part by the maker’s racing arm – HRC (Honda Racing Corporation).

Lastly, a recall campaign issued by a manufacturer ought to be seen in positive light, despite being as sensational as it seems. It’s better for manufacturers to discover problems early and notify consumers as soon as they can.

Therefore, recall and service campaigns are a commonplace these days.