Martin is well-known for his exploits at the Isle of Man TT and many other road course races. But he also has a penchant for breaking outright speed records. Breaking his back twice hasn’t slowed him down, evidently.

Martin already hold three Guiness World Records for fastest speeds on a gravity-powered snow sled, a soap box and on the wall of death. He also holds the British record for driving the fastest hovercraft. 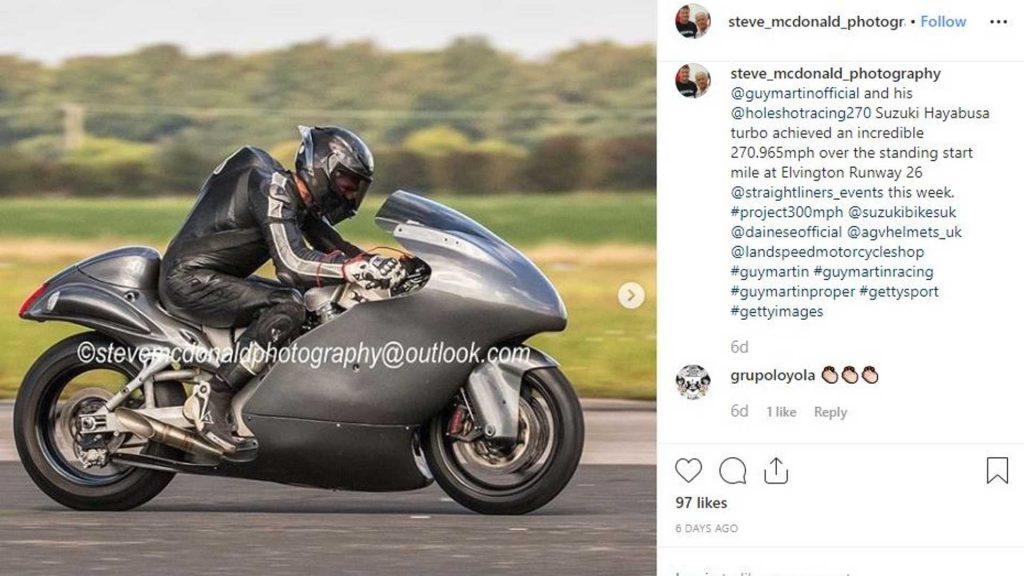 This time, he rode a specially modified Suzuki Hayabusa. The turbocharged Holseshot Racing bike is said to make 830hp.

Posted on the Steve McDonal Photography Twitter account are pictures of Martin on the bike and a picture of the results. The bike blasted down the mile-long (1.6km) track in Elvington, England at a terminal speed of 270.965mph. 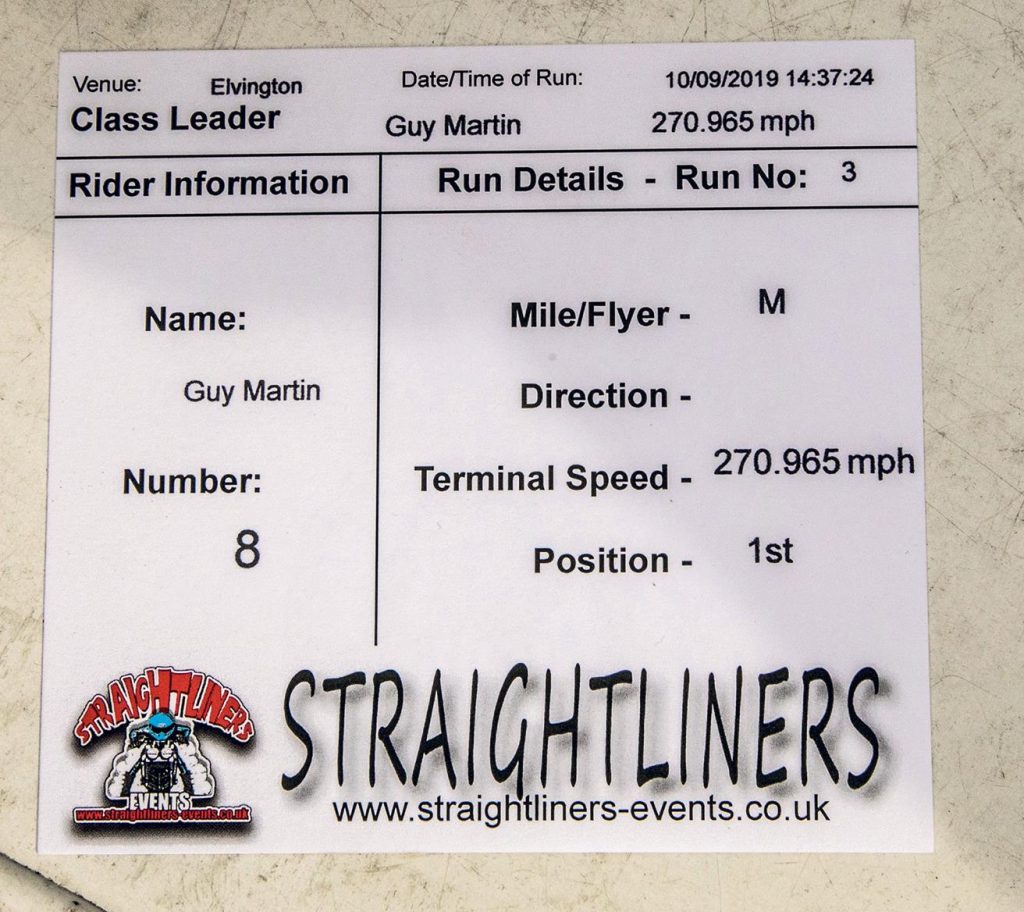 The rider and bike have been spotted undergoing speed trials earlier in May and June. It first appeared in the Road Racing Ireland Ballykelly North West Speed Trials in May. Then in June, he hit 413km/h.

There are mutterings Martin could’ve gone faster at the event if not high winds. He won’t disappoint next time.