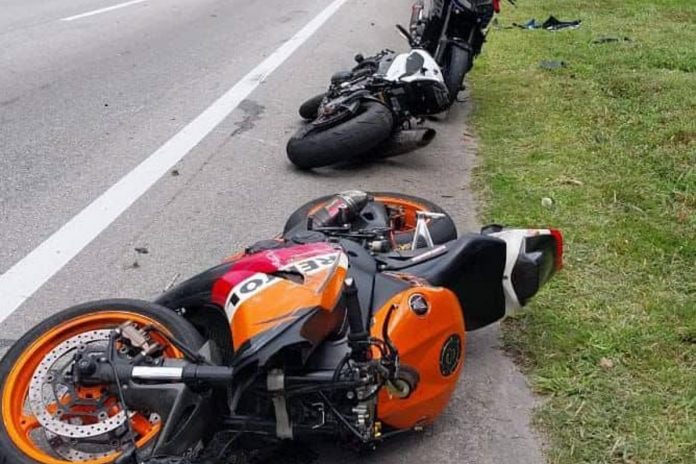 Five high-powered motorcycles got into an accident on the Kuala Lumpur-Karak Highway at the KM26.5 (Kuala Lumpur bound) around 1.45 pm, today.

“Six firemen along with a fire tender from the Selayang Fire and Rescue Department rushed to the scene.

“Upon arrival, they were informed of a fire involving a motorcycle that was completely burnt due to an accident.

“It was understood that five people were involved in the accident. One of them suffered burns,” he said in a statement today.