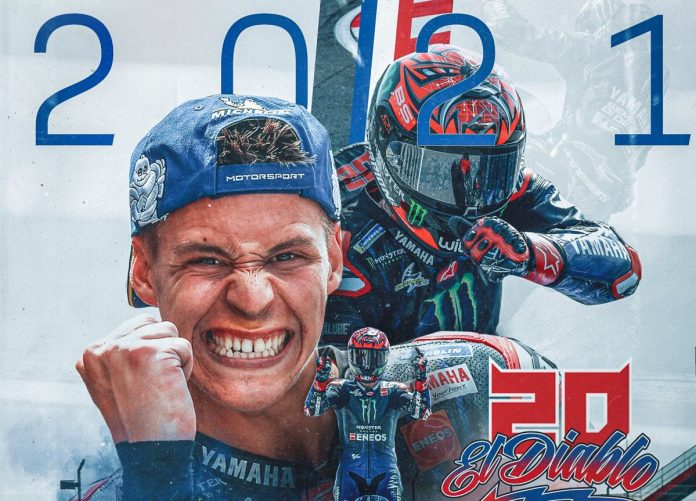 Fabio Quartararo has been crowned the 2021 MotoGP World Champion after closest rival Francesco Bagnaia crashed out of the Misano lead with just four laps to go.

Bagnaia needed to outscore Monster Energy Yamaha rider by three points to keep the championship title fight alive and was set on course to do it as he led from pole for the first 22 laps.

However, a mistake at Turn 15 ended all of the Italian hopes as he crashed, which also paved the way for 6-time MotoGP champion Marc Marquez to win the Misano round.

Quartararo managed to make his way up to 3rd place before losing his spot to the emerging Enea Bastianini, who took the last spot on the podium behind Pol Espargaro.

The emotion pours out of @FabioQ20! 🙌

Quartararo spent two seasons with SRT’s before moving to the factory seat this season.