There are retro and heritage bikes, and there’s this Ducati MH900 Heritage concept by Tamas Jakus.

Some of you may remember the MH900e produced in limited numbers by Ducati many years ago. It was Pierre Terblanche’s take on the classic 900SS racer which was ridden by Mike “The Bike” Hailwood. It was probably the designer’s best work especially after the controversy with the 999 superbike and ST sport-touring models.

It was sold out as soon as Ducati opened bookings via their website. 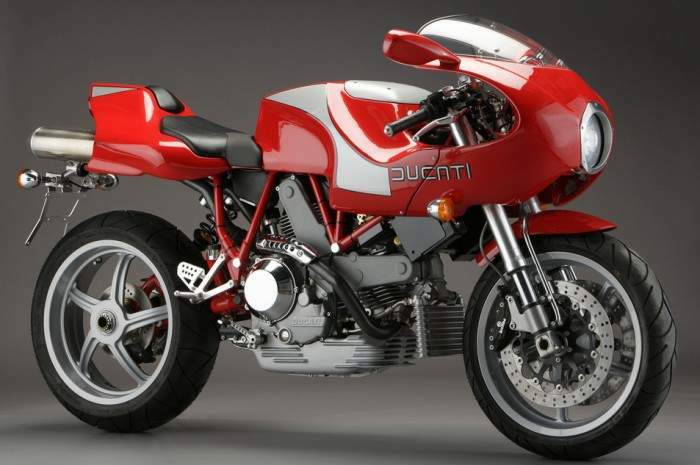 There’s been no such models from the Italian manufacturer since then. So, how about this one.

Jakus’s concept is based on the Streetfighter V4 which was in turn based on the Panigale V4 platform. But this rendering goes one better by using the Panigale V4 R, complete with those large winglets and polished aluminium tank. The polished radiator shrouds definitely shout Streetfighter V4. Remember that the base Desmosedici Stradale engine produces 205 hp, while the S version pumps it up to 215 hp.

In our books, Ducati should build such a heritage model again. Heck, even MV Agusta is now building the Veloce. The Scrambler is on a different path since it’s not about pure performance.