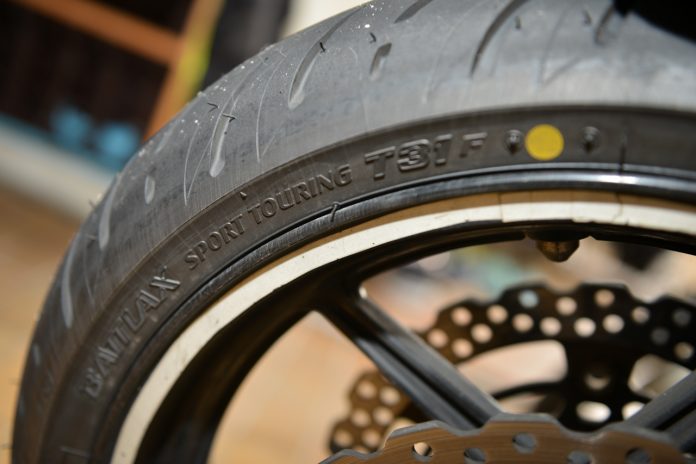 “Be a smart consumer.” That’s what I always tell my friends.

The tyres on my 2012 Kawasaki ER-6f had worn smooth. I was using the Bridgestone Battlax T-30 Evo prior so it’s only natural that I selected the new Battlax T31.

When I went hunting for the Battlax T31 about two months ago, it was out of stock at my regular workshop for more than 20 years, Sunny Cycle. But I needed a new rear desperately as the old tyre’s carcass was starting to show.

But another shop along Jalan Ipoh had them in stock.

However, the head mechanic said, “T31 rear is okay, but the front causes the bike to goyang (wobble).” I was surprised because apart from the old BT21, the subsequent BT23, T30 and T30 Evo didn’t cause any “wobbles.”

“You sure you still want the T31 front?” he pressed. “I recommend that you use T31 at the back and BT23 in front,” he continued.

That set the alarm bells in head my ringing. I rejected the BT23 insisted on the T31 front. Bridgestone had stopped producing the BT23 more than 5 years ago! It was succeeded by the excellent Battlax T30.

The carcass and sidewalls of the GT version are stiffer to support the weight of such heavy bikes. On the other hand, middleweight bikes such as the ER-6, Versys 650 and all the way to the 900cc sport-tourers lack the weight to deflect the GT tyre into their intended form. Consequently, the tyre doesn’t have enough contact patch with the road. Apart from that, the compound on GT tyres are slightly harder, again to compensate for the extra weight. Both these factors will cause the front end to goyang if fitted to lighter bikes!

So, I decided to stick with the worn T30 Evo in front and mount the new T31 at the back. I later found out that there were stacks upon stacks of new BT-23 tyres in his store when I went to the bathroom! 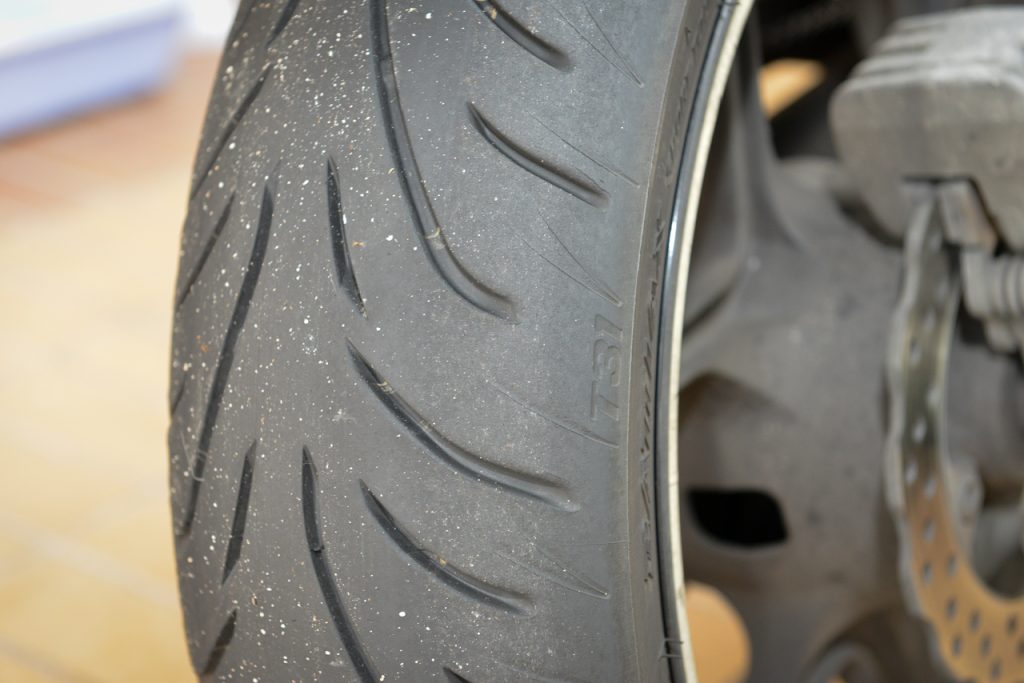 The mechanic laid the wheel on the bare concrete floor and pried out the tyre. I’ve now got scratches all around the rim. He then used an impact wrench to pound in the rear axle’s nut. I’m going to have trouble unlocking that nut to adjust the chain.

I paid for the tyre and got the heck out of there.

I got a call from Sunny Cycle when the T31 arrived. JS, the head mechanic tended to my bike. 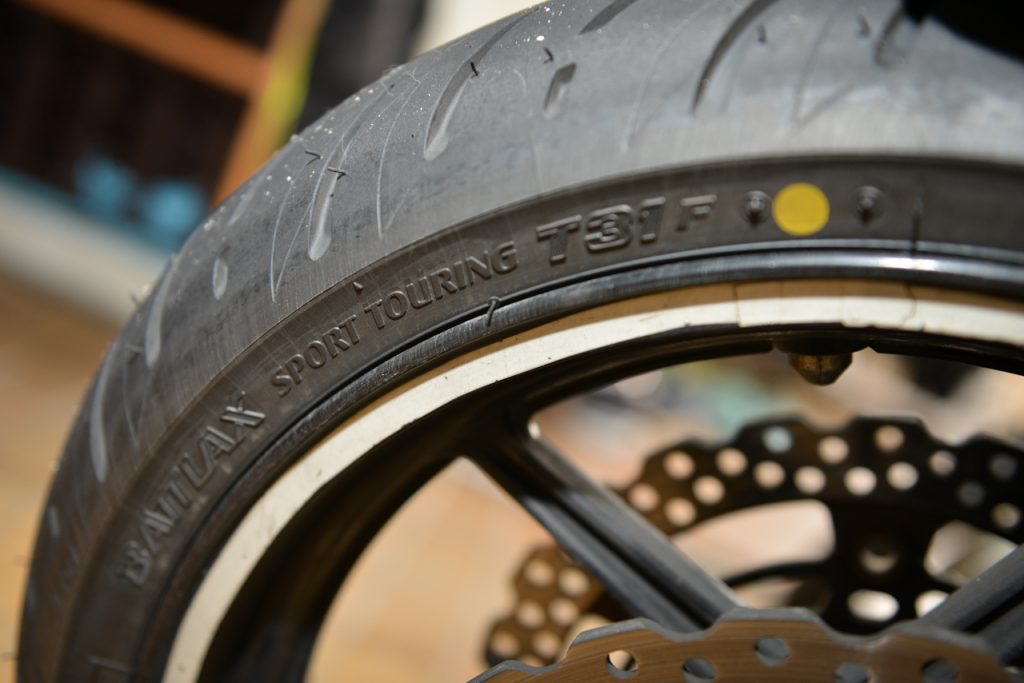 He removed the wheel and stuck his fingers into the hub cavity to check if the bearings were still good. He then used a tyre change machine to remove the old tyre. He followed up with balancing the tyre.

He locked the wheel and brake calipers in place with a torque wrench, instead of the dreaded pneumatic impact wrench. Finally, he checked everything one more time before inflating the pressure to my preference.

I rode the bike with the new tyre to Jitra, Kedah and back, for a total of 912 kilometres. We even rode in the type of rain which obscures almost all our vision. We rode at crawling speeds all the way up to more than 180 km/h.

Did the Battlax T31 front tyre goyang? NOT ONE BIT! 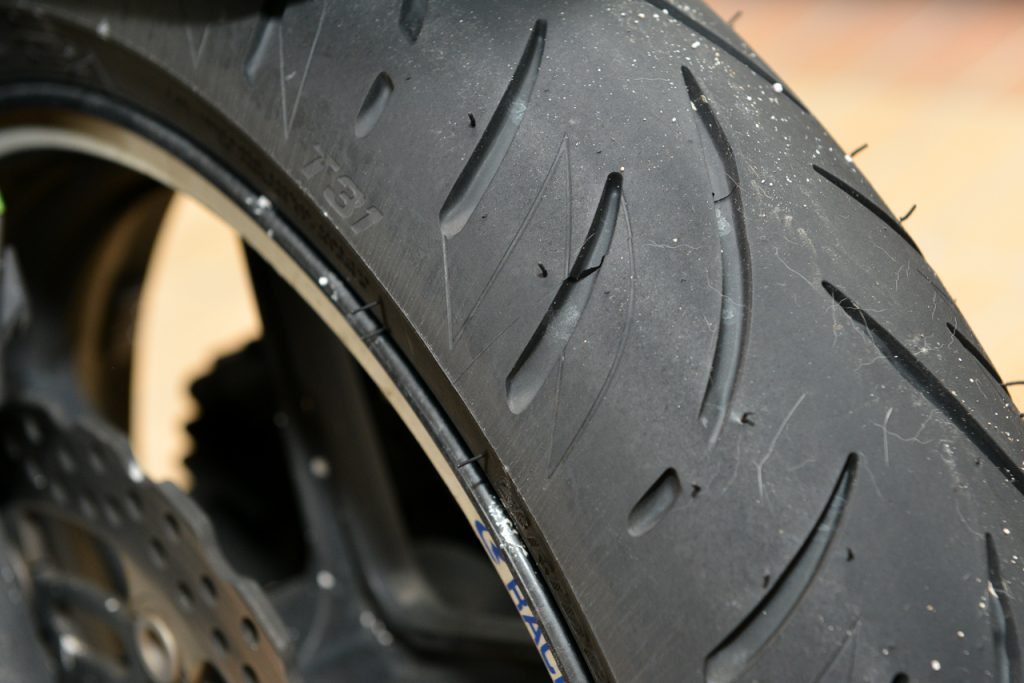 I hope you got the message. I found out about the T31 GT through research and reading and insisted that I didn’t want it.

So, please do your research. Read more. Be a smart consumer instead of trusting some unscrupulous mechanic.