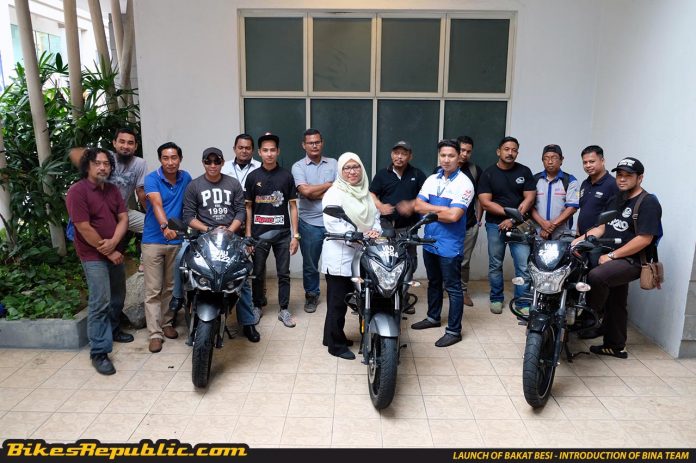 The Bakat Besi bike build-off contest has finalised their selections of 12 bike customizers and constructors in the Peraduan Reka & Bina.

Initiated by R8der, a lifestyle and performance brand under Modenas, six teams will compete against each other to build the best custom Modenas Pulsar RS200, NS200 and V15 motorcycles.

Three ultimate winners will be chosen to take home the grand prize worth RM10,000 plus two years manufacturing contract. 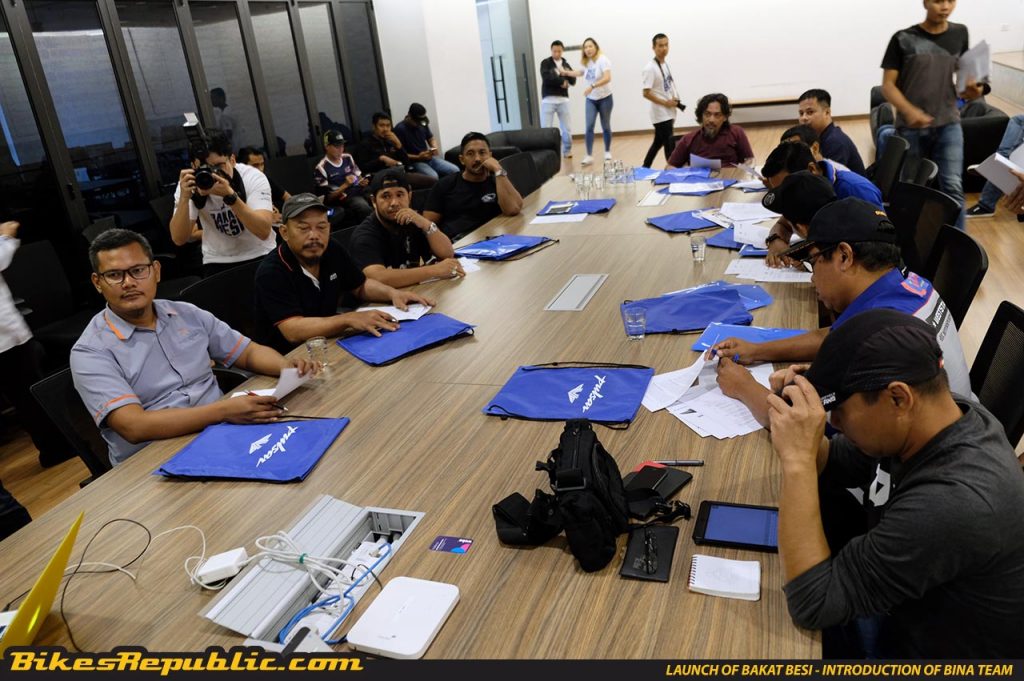 Malaysia’s first ever talent search programme for Design and Bike Engineering that is Bakat Besi has selected the builder finalists for the Peraduan Reka Bina bike build-off. This very unique initiative conjured up by the folks over from R8der, a lifestyle and performance brand from Modenas, is focused on bringing in some of the best local talents and showcasing their skills plus creativity on a national platform. The talent search programme is also aiming to revitalise the local motorcycle customisation industry to create widely accepted modifications and to move away from the negative light created by the “Mat Rempit” phenomena. 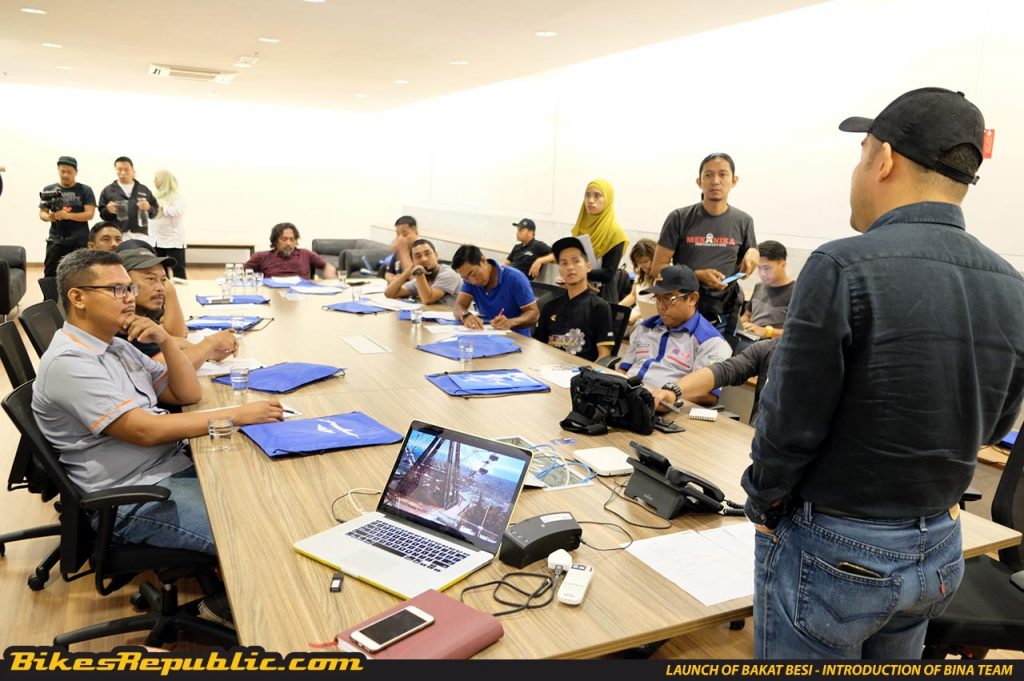 A total of 12 builders comprising of six constructors and six customizers have been chosen to work on three of the latest bikes from Modenas which are the 2017 Modenas Pulsar RS200, NS200 and V15.

The constructors’ finalists are:

As for the customizers, they are: 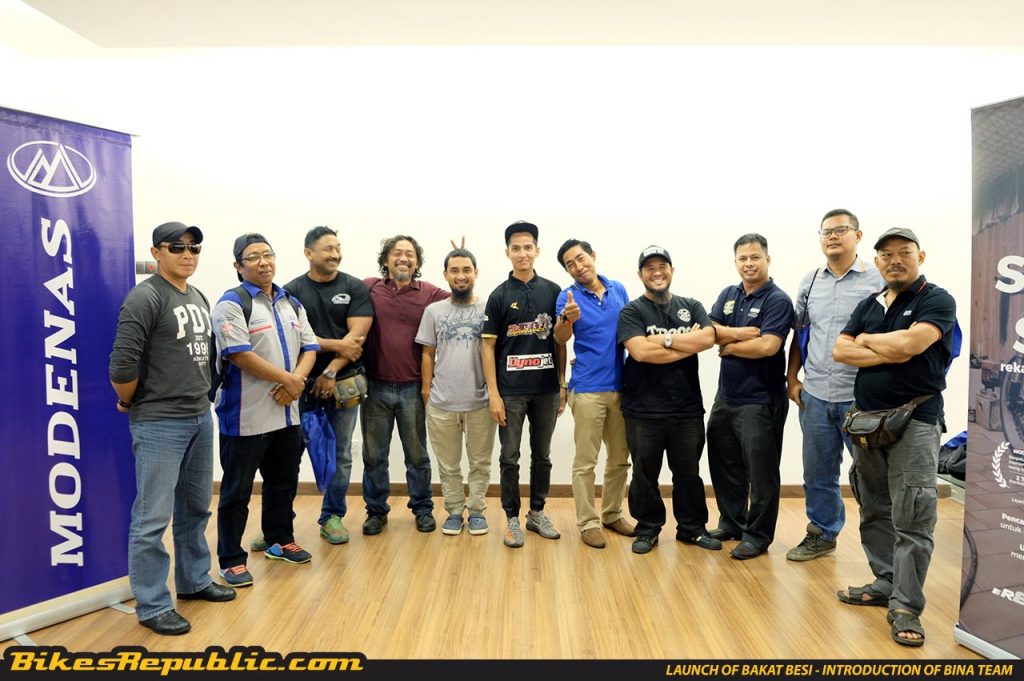 The customizers will be focusing on the overall styling and design of the bikes whereas the constructors will work on fine-tuning and performance aspects of these Modenas machines. A set of six teams consisting of one constructor and one customizer will go head to head to come up with the best custom bikes Malaysia has ever seen. 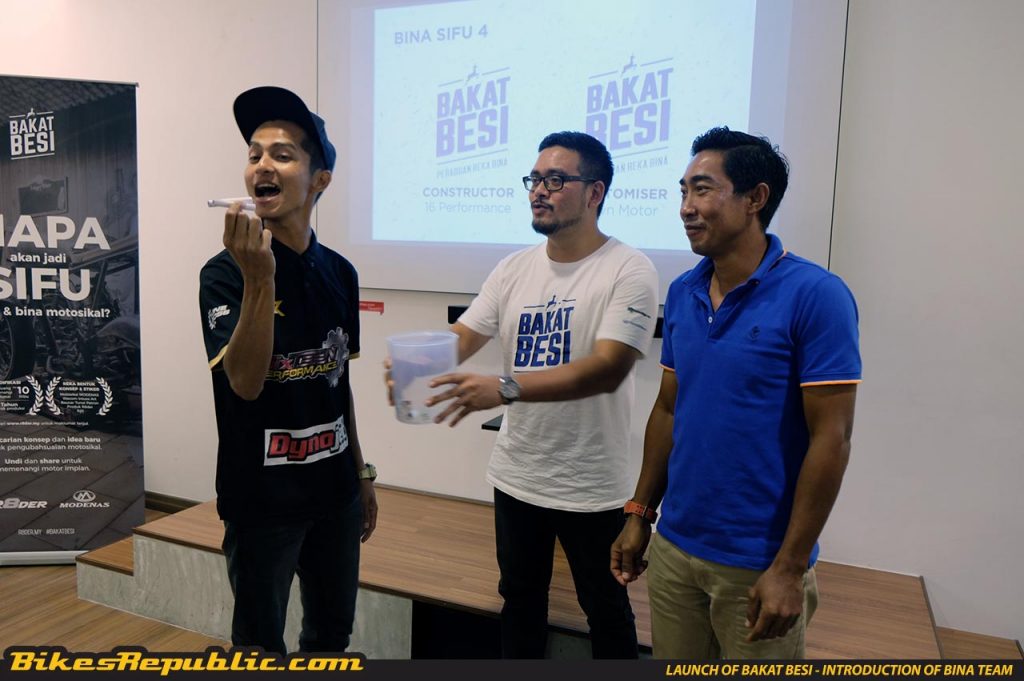 In total, there will be six bikes these teams will be working on; two Modenas Pulsar RS200, two Modenas Pulsar NS200 and two Modenas V15. The teams have drawn the lots earlier today to decide which bikes they’ll take home and prepare for the head-on battle and bragging rights on who will be ‘the best.’ 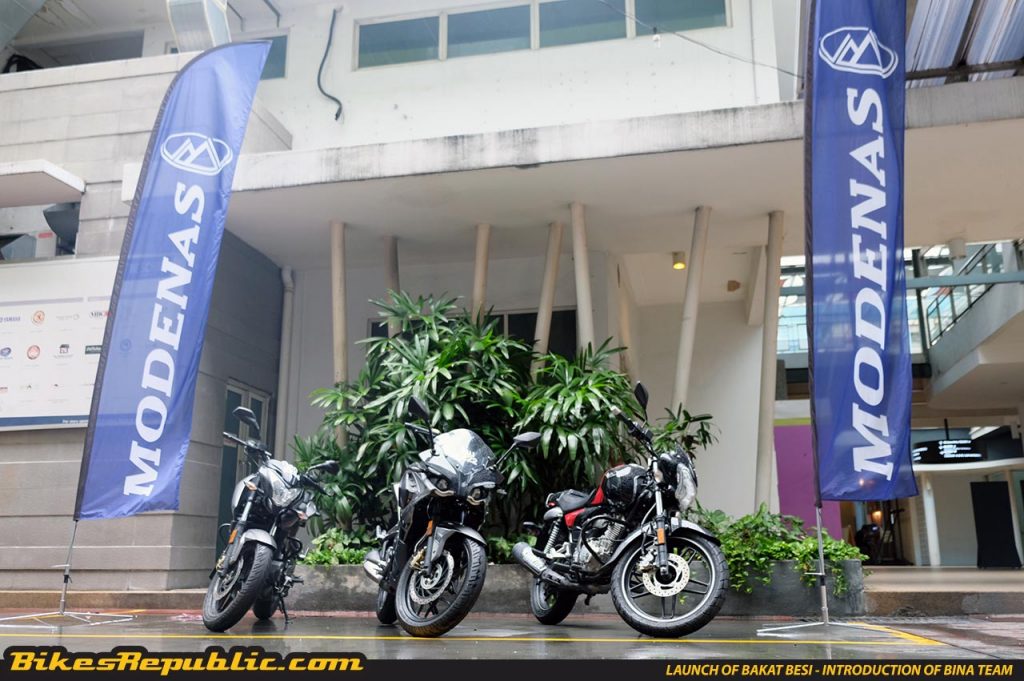 At the end of the contest, three winners will be selected based on the three individual bike models and the grand prize will be a cash prize of RM10,000 plus two years manufacturing contract. The winners will be chosen based from selections made by a panel of professionals in the industry as well as the general public. 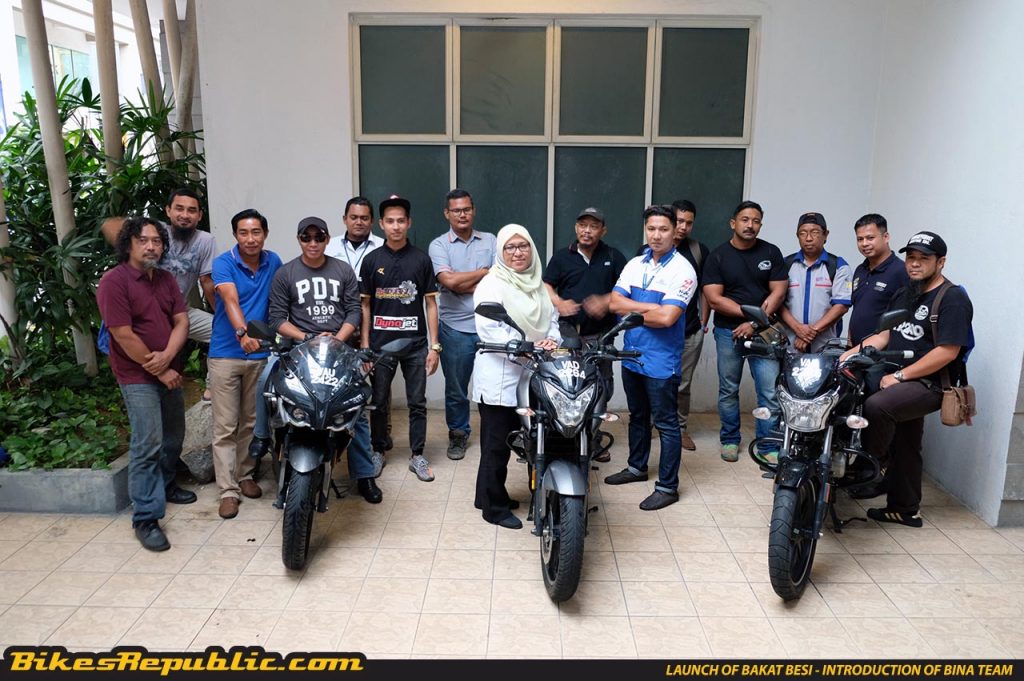 As part of the entire contest, there will a nine-episode video series which will revolve around the process and progress all of these superb builders and customizers throughout their journey in developing one of the best custom Modenas motorcycles in the country. 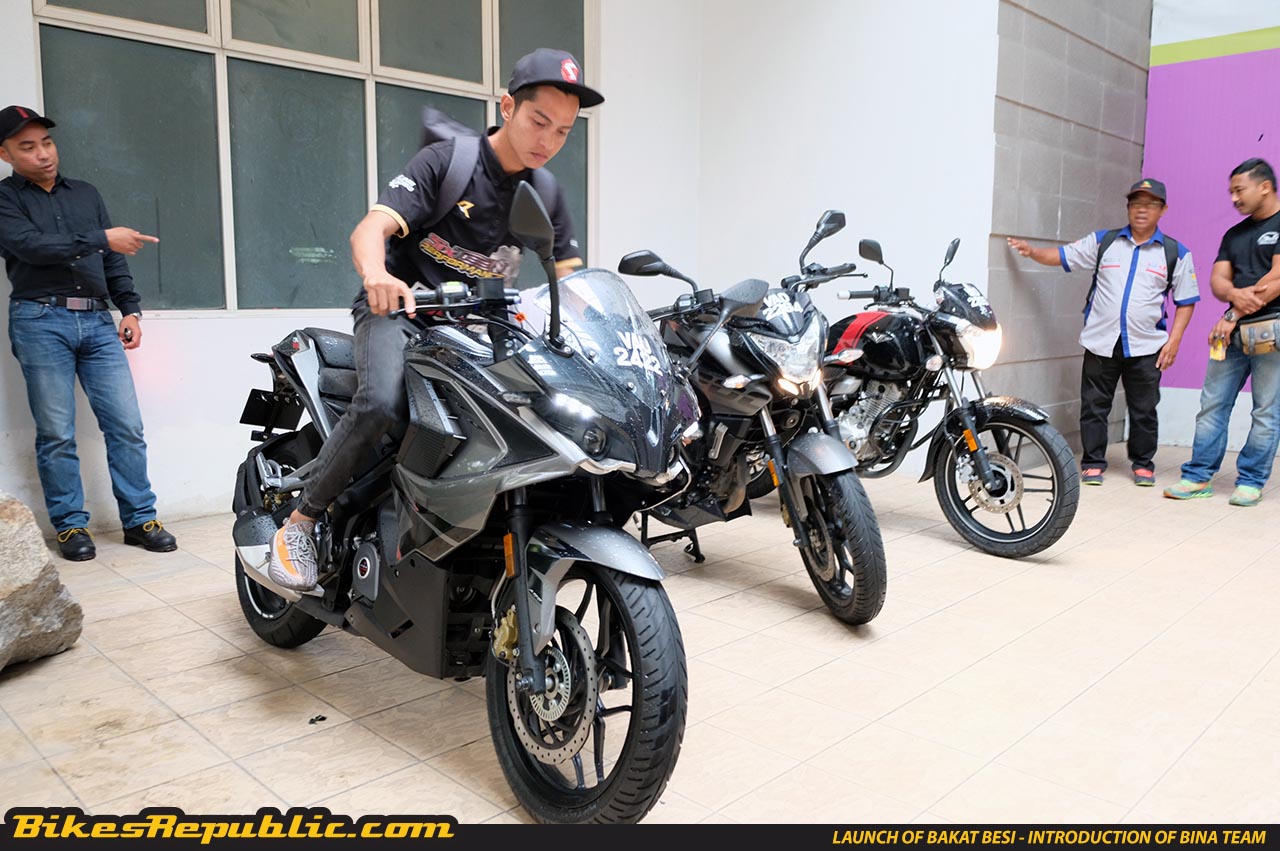 Another division of the Bakat Besi contest called ‘Reka Sifu’ aka “Design Master” will be focusing on coming up with the best motorcycle concept designs or liveries for the latest Modenas bikes. Similar to the constructors’ challenge above, the winners will be chosen by a selected judging panel and public choice. 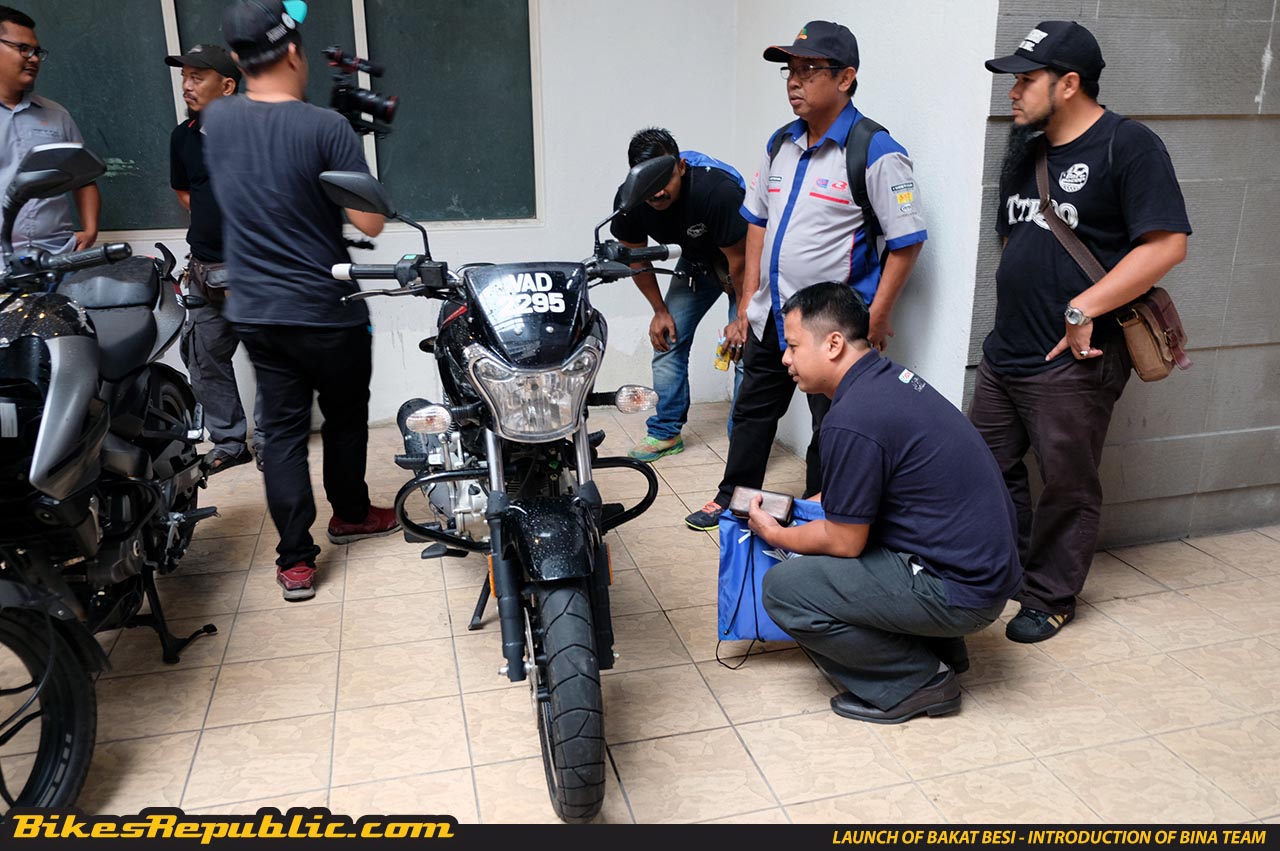 To know more about the Bakat Besi: Peraduan Reka Bina bike build-off, head on over the official R8der website or their Facebook page.