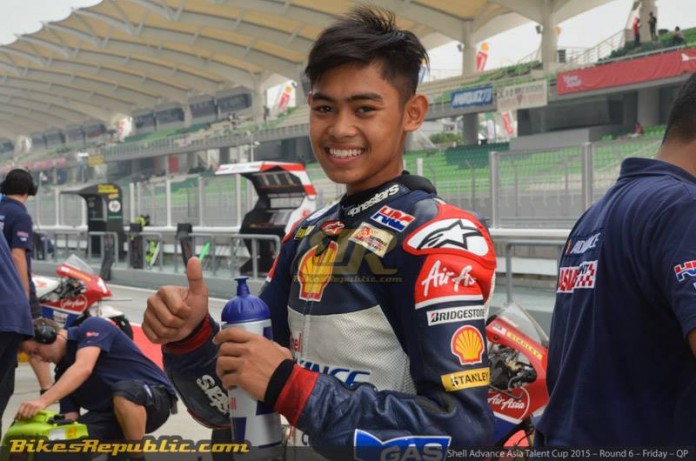 Norrodin will take over the Moto2 reins in the PETRONAS Sprinta Racing Team at the Misano GP. Pawi is still nursing the injury to his right finger which had partly been amputated.

Norrodin used to race for the Sepang International Circuit team in the Moto3 class from 2016 to 2018, partnering Ayumu Sasaki. When the team became the PETRONAS Sprinta Racing Team for this season, Scottish racer John McPhee replaced Norrodin.

The Malaysian rider went to ride for the SIC Junior team, contesting in the European Moto2 championship.

Although he has experience riding a Moto2 machine, this will be his first time on the Triumph-powered Moto2 machine in the Moto2 World Championship.

“It’s a shame that KIP is not able to return to racing, but I’m really happy to have been given this opportunity; it’s like a dream come true,” Norrodin said. “There’s something new for me to learn, but it’ll be interesting for me – it’s a new chapter for my story and I need to say a huge thanks to Dato’ Razlan Razali and the team for still believing in me.”

Team Principal Dato’ Razlan Razali said “One of our objectives is to encourage and nurture Malaysian racing talent so with Khairul Idham Pawi still recovering, there was an ideal opportunity to give Adam Norrodin the opportunity to sample Moto2 at world championship level.”

Mattia Pasini, Jonas Folger and Bradley Smith have substituted for Pawi this season. As Smith will be representing the SIC team at Misano for the MotoE race, he will unavailable as substitute.