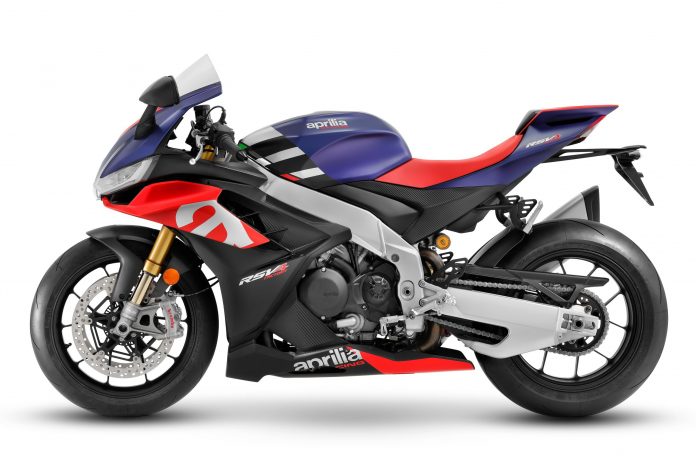 Aprilia has rolled out the heavily updated 2021 Aprilia RSV4, their flagship superbike which has gone through constant evolutions since its debut back in 2009. This time around, we can see it comes with a new exterior design inspired by their middleweight masterpiece, the Aprilia RS 660.

A lot of work was put into improving its aerodynamics, which is why the 2021 Aprilia RSV4 now has the double-wall fairings with built-in fairings that improve high-speed stability as well as enhanced engine cooling. This new design also offers increased air pressure into the airbox and overall downforce.

The new RSV4 also comes with a new triple LED front headlight unit, fuel tank, and saddle for a more natural and relaxed riding position. This means that you can actually rip around the track with its immense power but also ride it comfortably when out and about on the open road.

Underneath all that sexy body panels consists of a 217hp V4 engine which is now Euro5-compliant. They’ve done so by increasing its capacity to 1,099cc as well as a new exhaust system that also assists in overall torque production and delivery.

Other updated features include:

The 2021 Aprilia RSV4 will be available in Dark Losail colour scheme, whereas the 2021 RSV4 Factory will come in either Aprilia Black or Lava Red. The RSV4 Factory comes with additional standard equipment such as forged aluminium wheel rims, semi-active Öhlins Smart EC 2.0 suspension system, and Brembo Stylema brake callipers.

Sepang International Circuit plans to cater to a wider audience