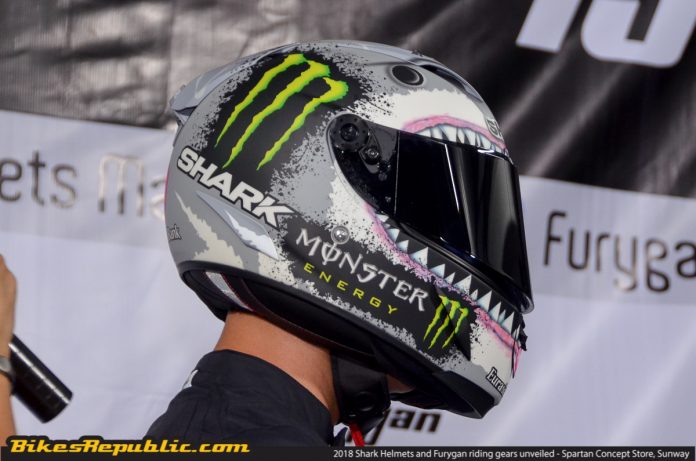 The latest collection of Shark Helmets and Furygan riding gears were introduced yesterday at the Spartan Concept Store, Bandar Sunway.

Their star MotoGP rider Johann Zarco was also present to entertain his fans with a special meet and greet session. 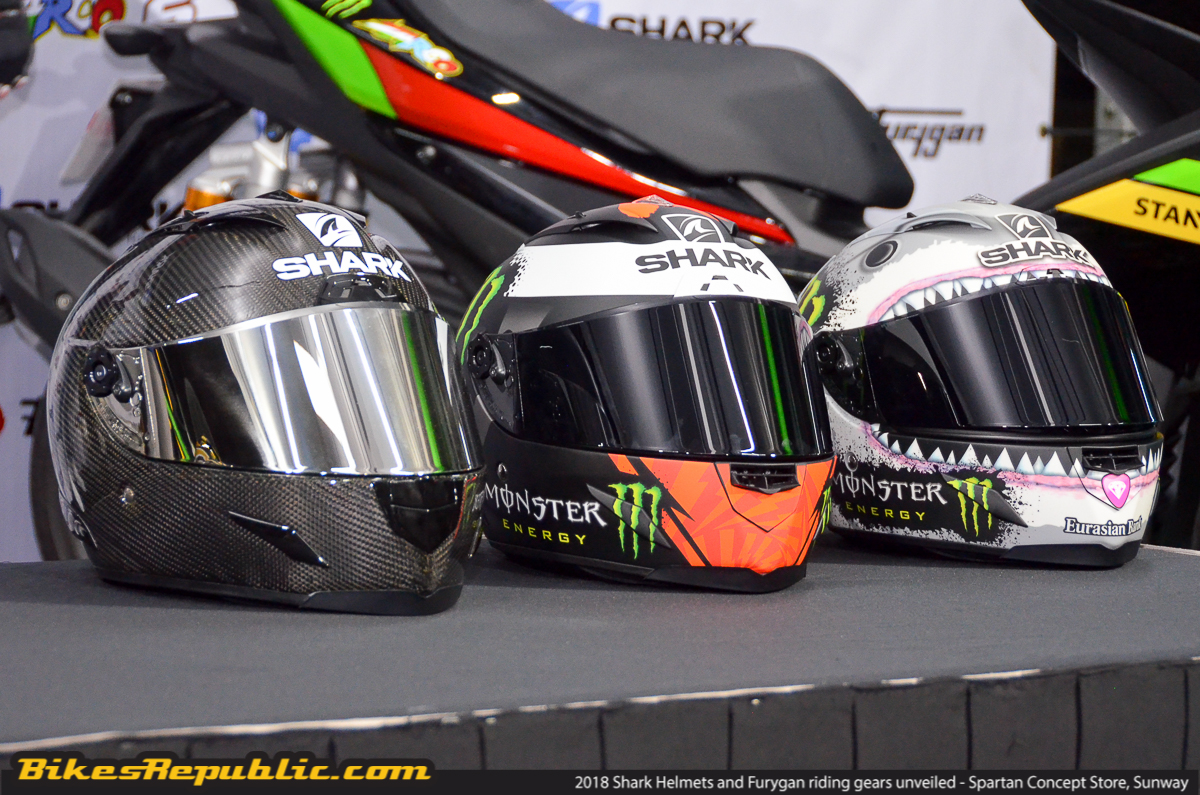 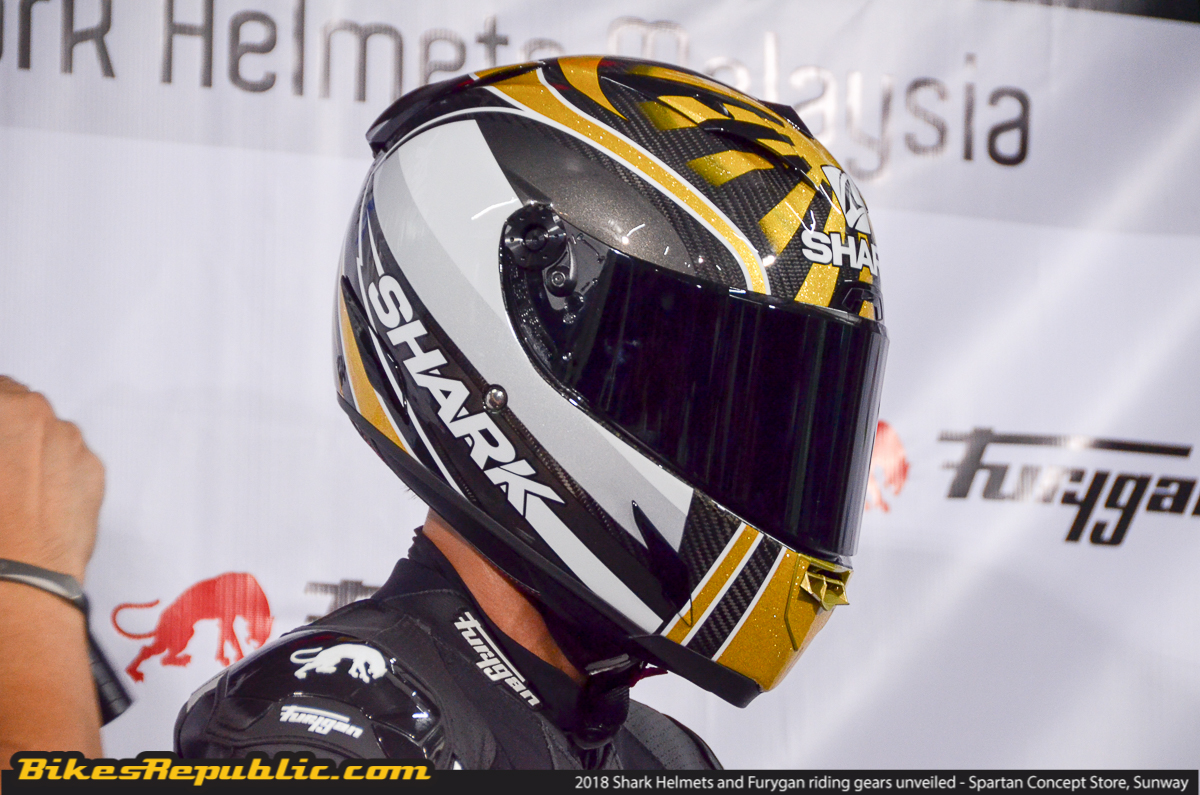 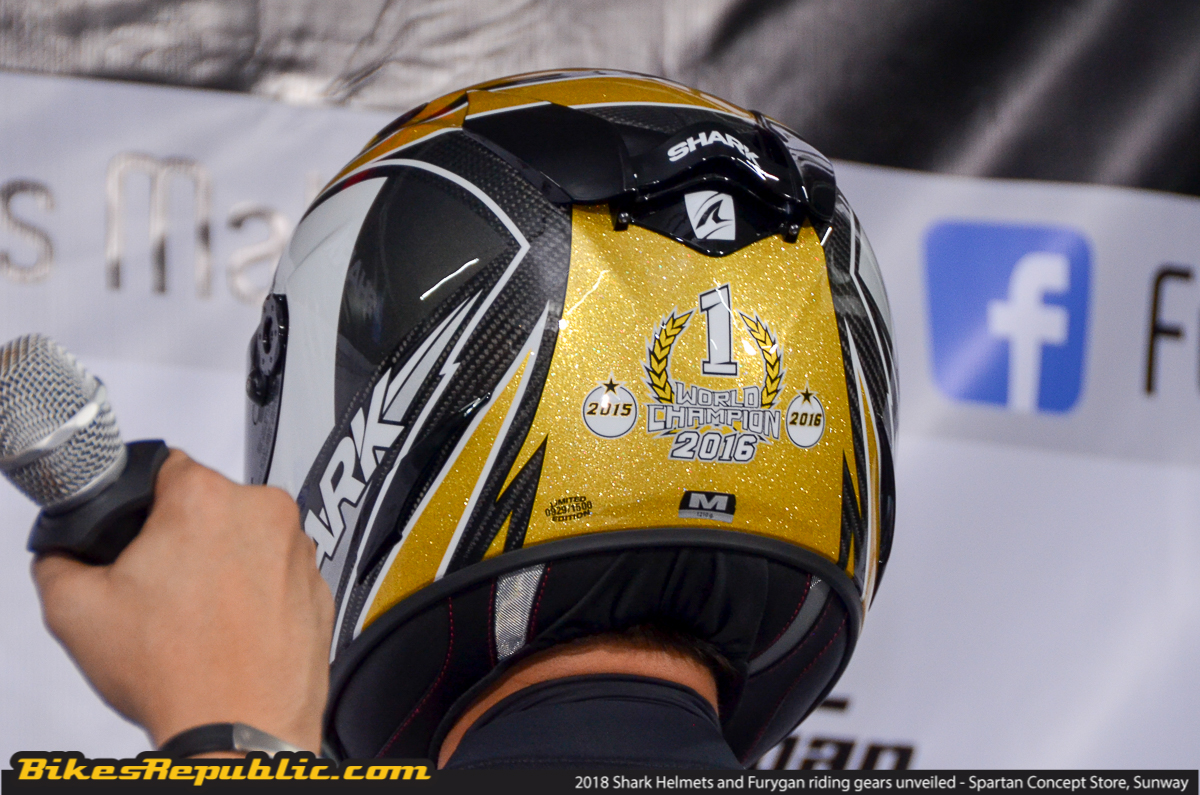 The Race-R Pro Carbon Zarco 2016 is a super limited edition model with only 1,500 pieces produced for worldwide consumption. The design is based on Zarco’s back-to-back win Moto2 championship which was achieved last year. Johann Zarco remains the first and only rider to win the Moto2 crown back to back. The helmet is priced at RM3,290. 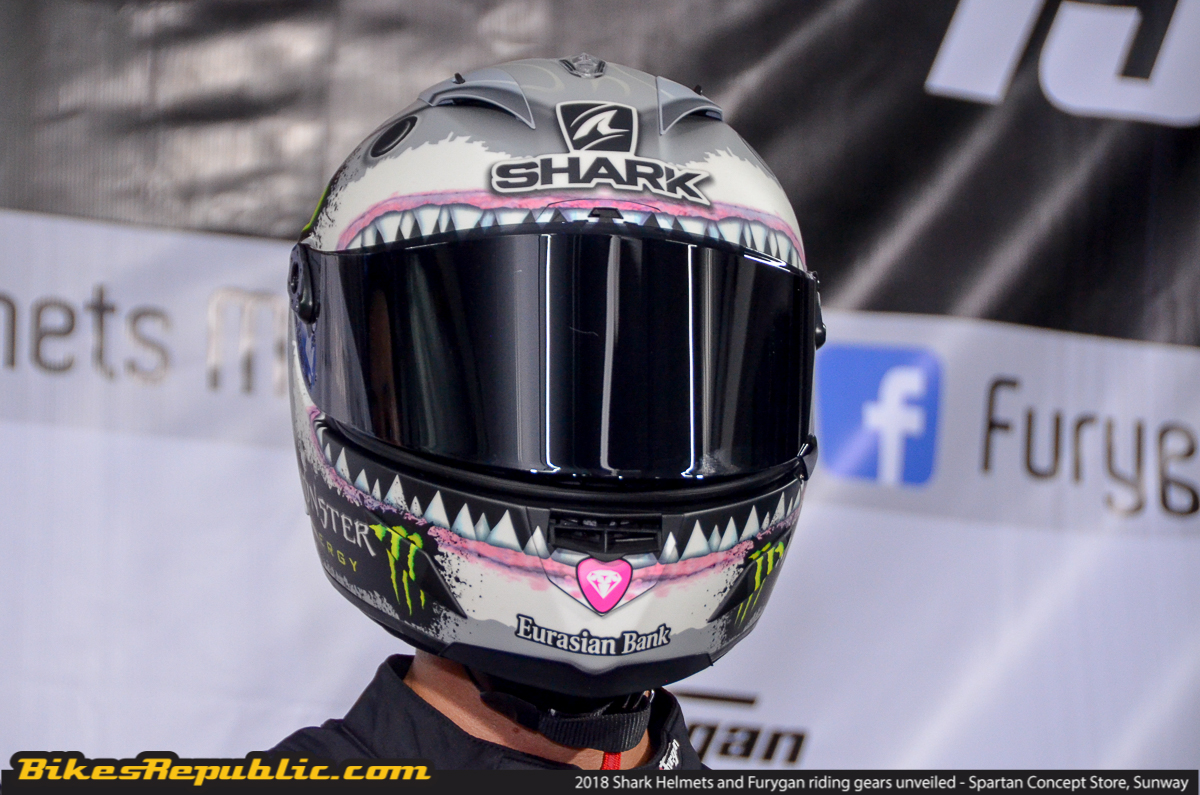 Another high-profile rider sponsored by Shark Helmets is none other than Ducati factory rider, Jorge Lorenzo. The Race-R Pro Lorenzo White Shark is also another limited edition piece with only 1,500 made worldwide. This was the helmet worn by Lorenzo last year during the Aragon GP where he came in second. Retailing at RM3,675, the rare piece comes with a free smoke shield and a pair of Skull Rider Shark Attack sunglasses which retails at RM230. 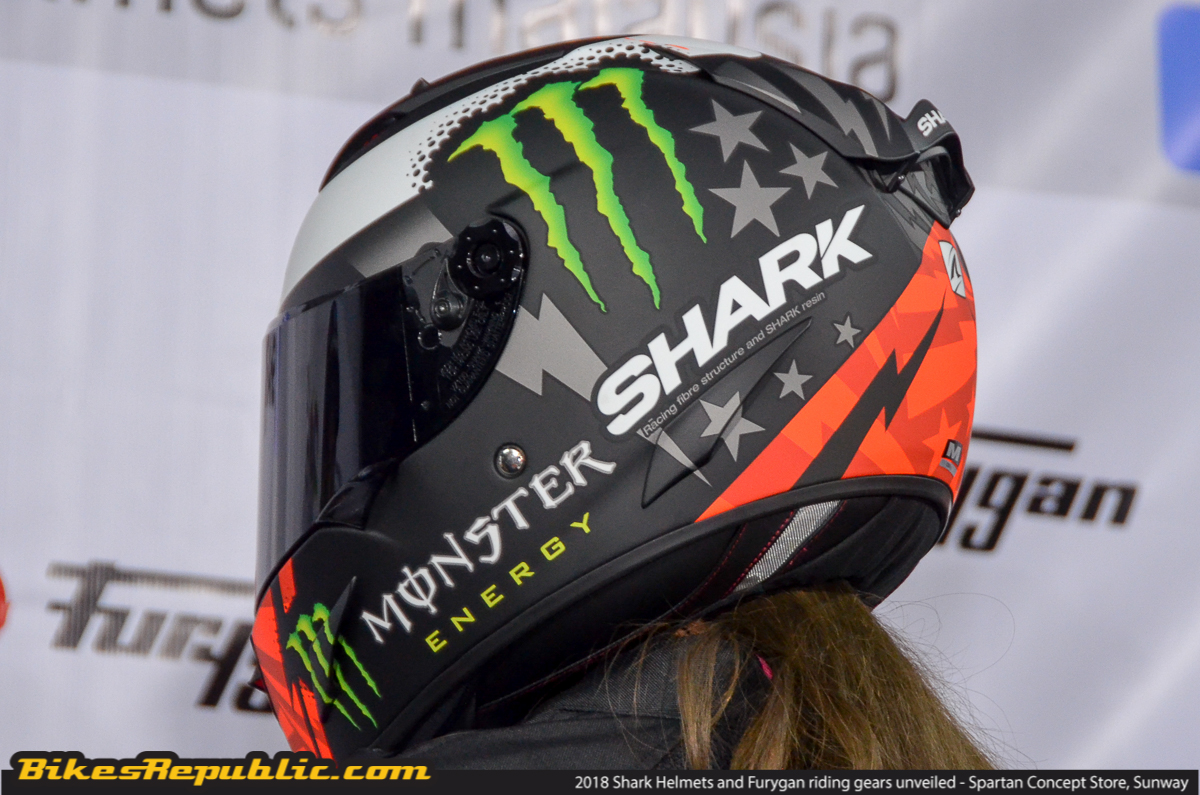 The final helmet launched yesterday is the Race-R Pro Lorenzo 2017 with the current design used by the rider. The helmet is more beautiful than ever with a matte finish and design to commemorate his momentous move to Ducati this year. The helmet is currently retailed at RM2,380. 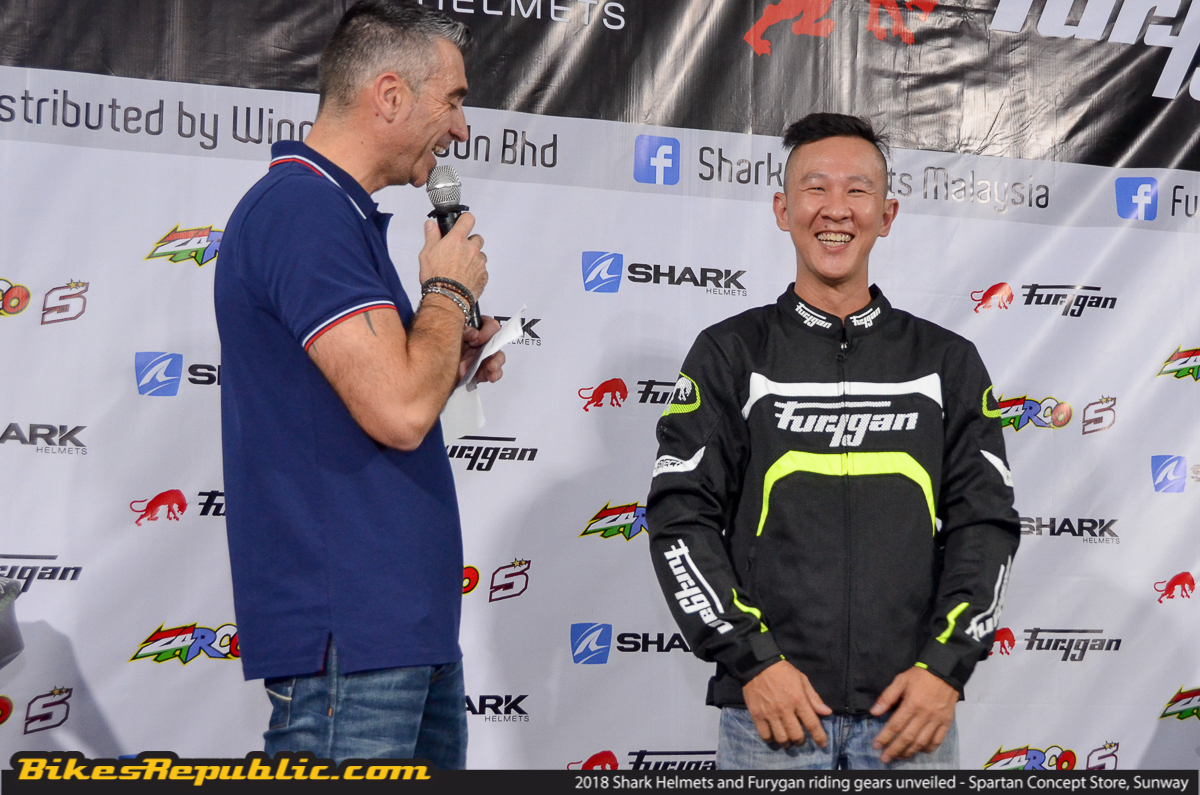 French riding gear manufacturer Furygan also took the opportunity to release some of their latest gears yesterday for 2018.  They have expanded their summer collection to fit with the Malaysian weather and also other ASEAN countries. Designed with the maximum amount of airflow to cool the rider down rapidly, these items are all CE certified with D3O impact protection which is flexible and tough at the same time. 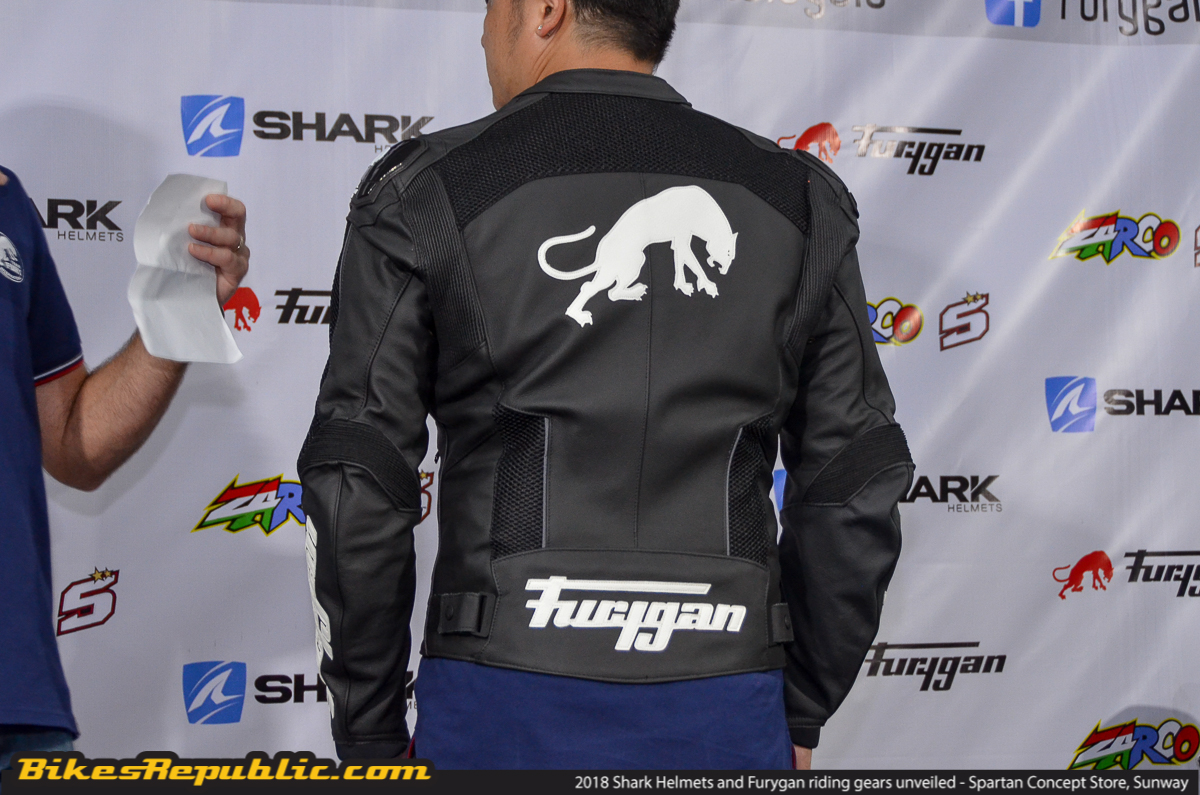 They latest summer jackets are the Furygan Speed Mesh 3D, Swirl Vented, Arrow Vented, WB07 Vented, Blast and Soho Lady. Priced ranges from RM695 up to RM1,700. Apart from the summer collection, Furygan is also happy to announce that they now offer custom colour with standard sizing for their Full Apex Perforated Suit. Interested with coming up with your own special design for a racing suit? Furygan can hook you up. 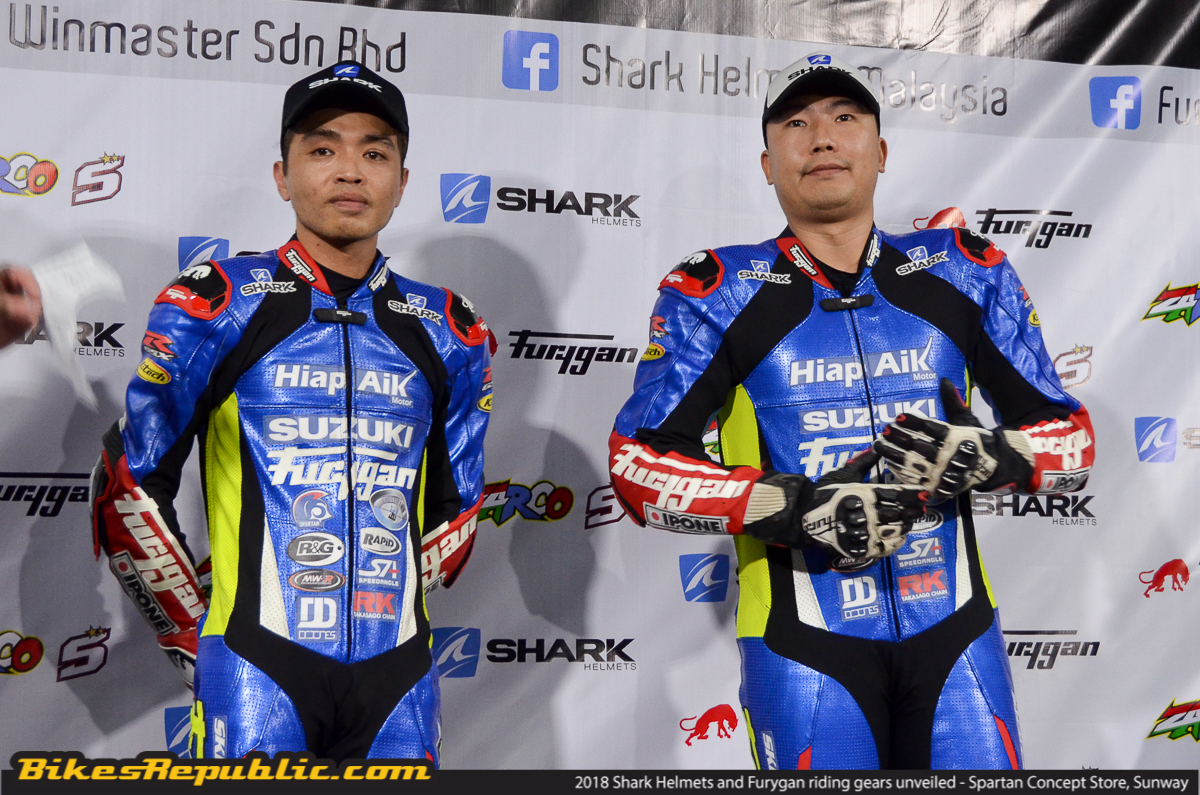 In conjunction with the launch, Monster Yamaha Tech 3 and Furygan plus Shark Helmet rider Johann Zarco made a very special appearance during yesterday’s launch for a meet and greet session with all of his fans. 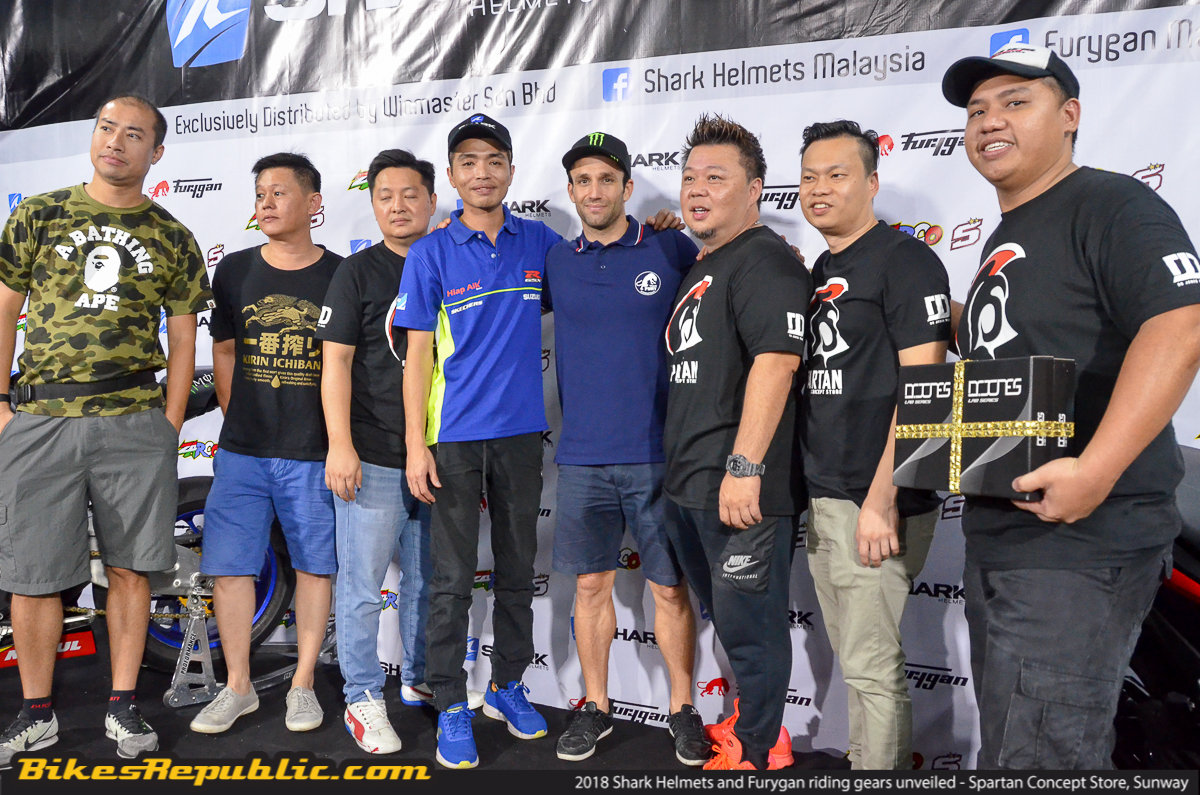 There were the usual Q&A session, photographs with fans and autograph given away. The two-time Moto2 champion were happy to entertain each and every guest including trying some local fruits. However, his limitations were met when he was presented with some Musang King durians. He did however graced us with his famous winning routine that is the Zarco Flip.

To know more about the latest Shark Helmets and Furygan riding gear products, head on over to the Spartan Concept Store located in Bandar Sunway. To know more, CLICK HERE.