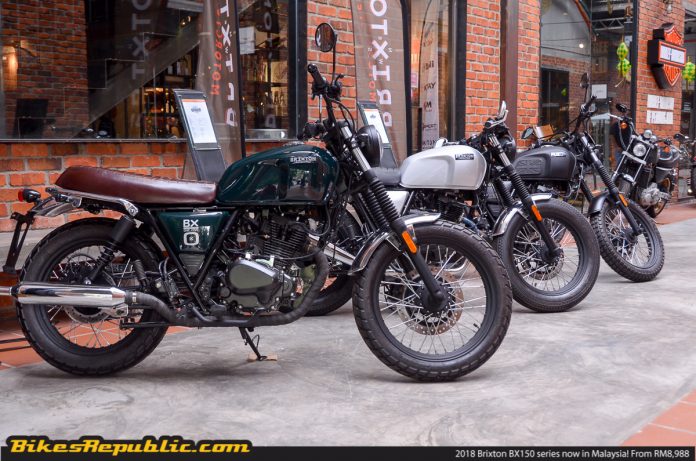 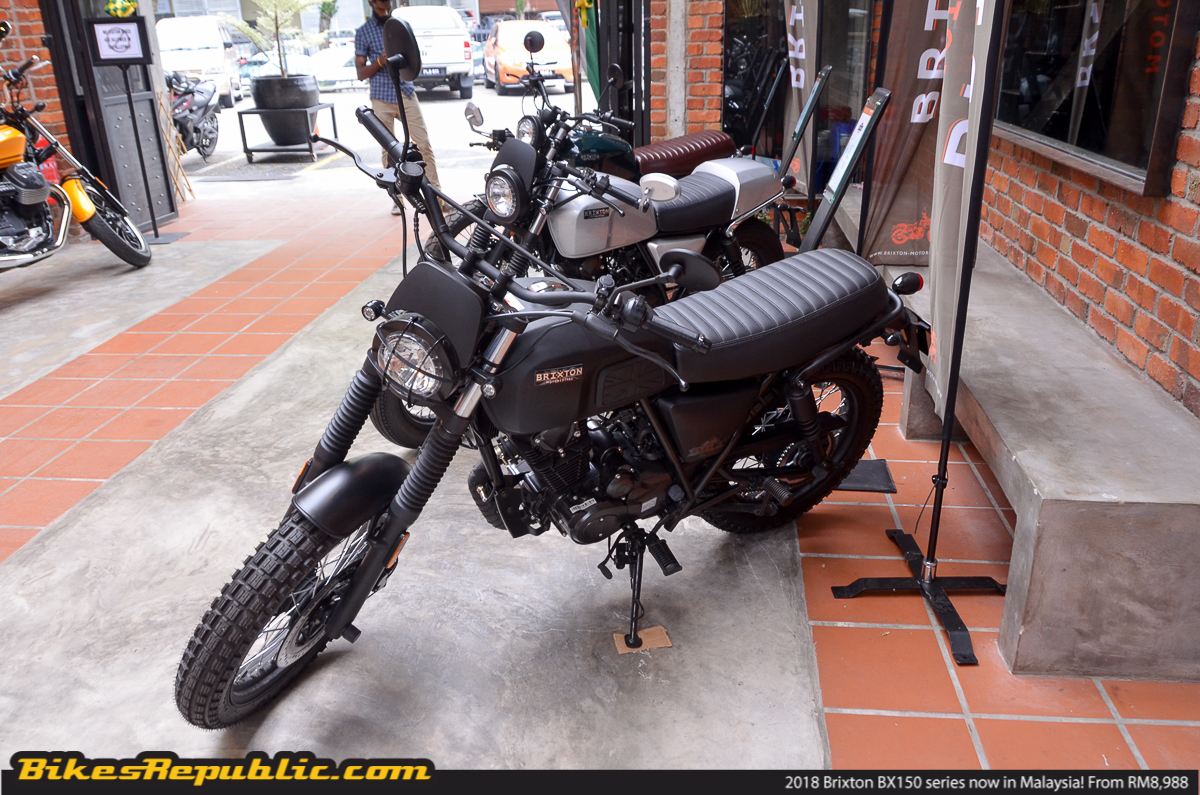 Need a little ‘spice’ in your daily ride? Looking for a unique 150cc motorcycle that won’t break the bank? Want something more than just the usual moped or scooter? Mforce Bike Holdings Sdn Bhd has got you covered with their latest 2018 Brixton BX150 series. 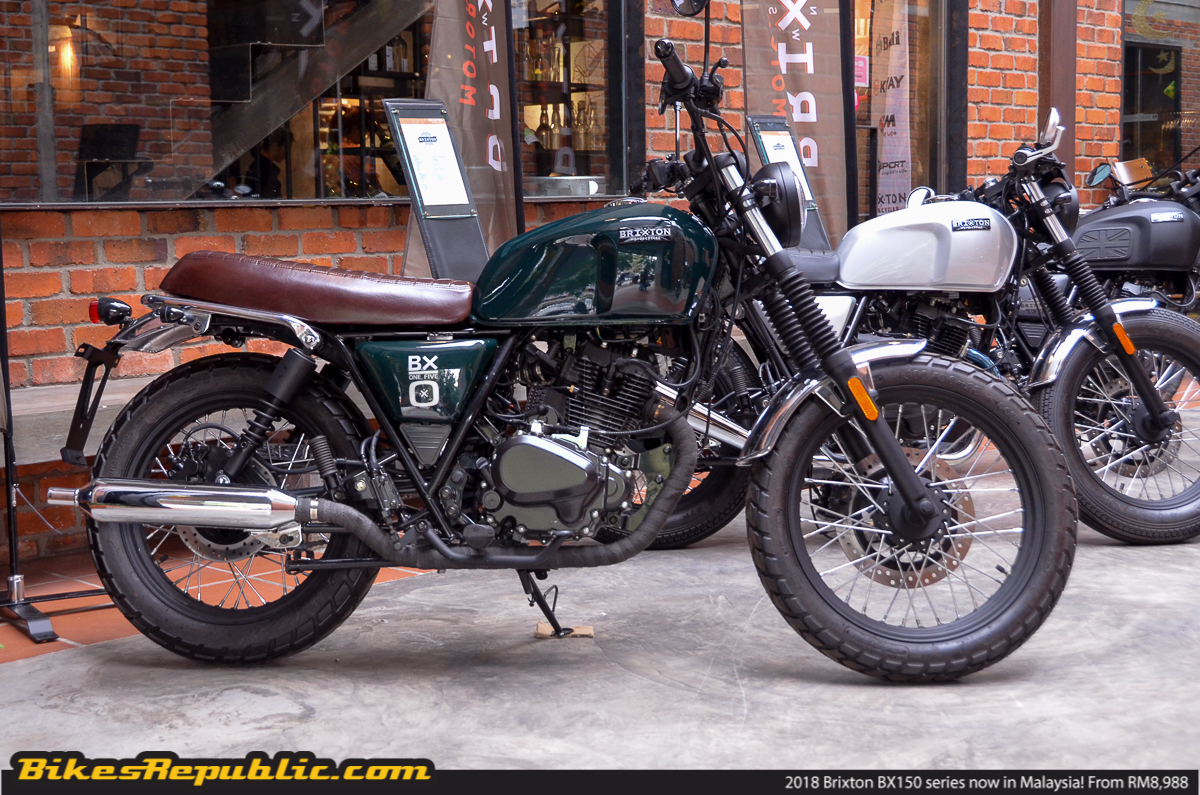 The sole distributor of Benelli and Sym motorcycles here in Malaysia has added yet another brand under their wings and it promises to be something unique for the Malaysian market. Brixton Motorcycles is an Austrian brand with a very British name selling bikes that has multiple factories around the world. 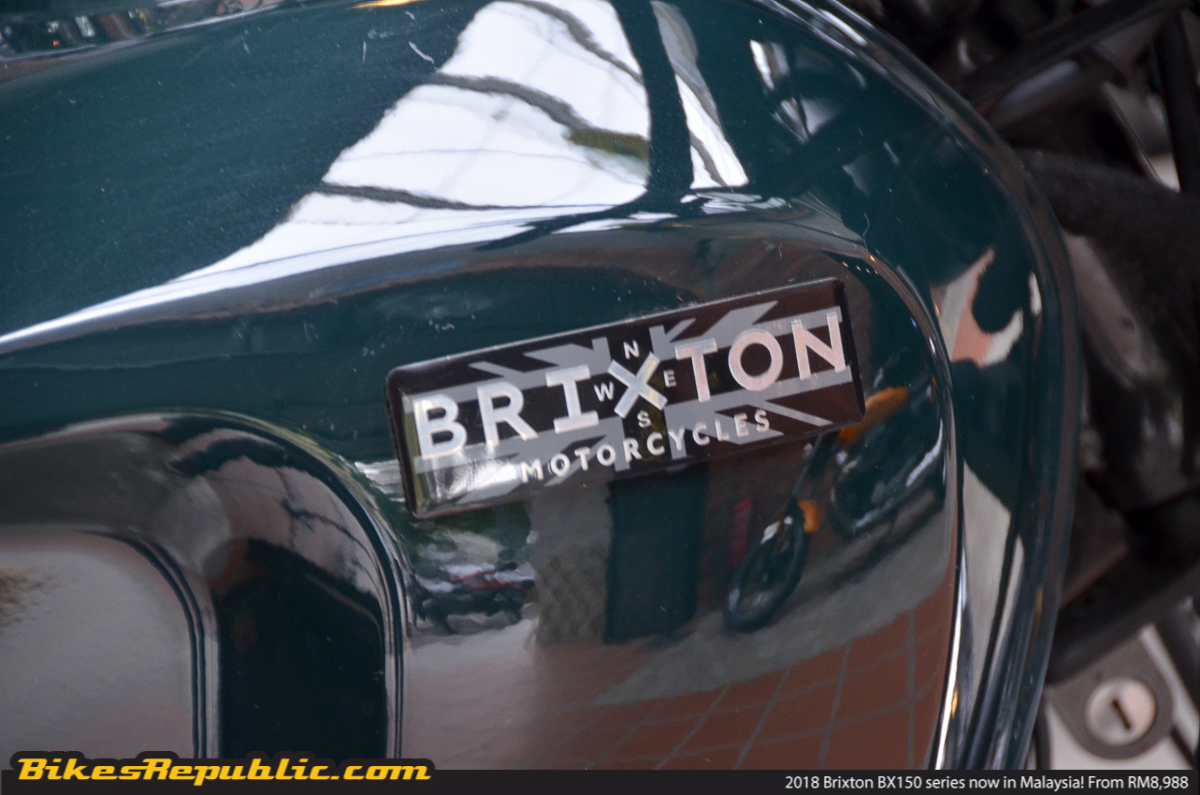 Mforce Bike Holdings took note of the popularity of 150cc bikes here in Malaysia and decided to bring in three different models that’ll cater to three different personalities. The base model starts with the Brixton BX150 which in itself carries a very British-inspired look from its military green colour scheme right down to its brown saddle. 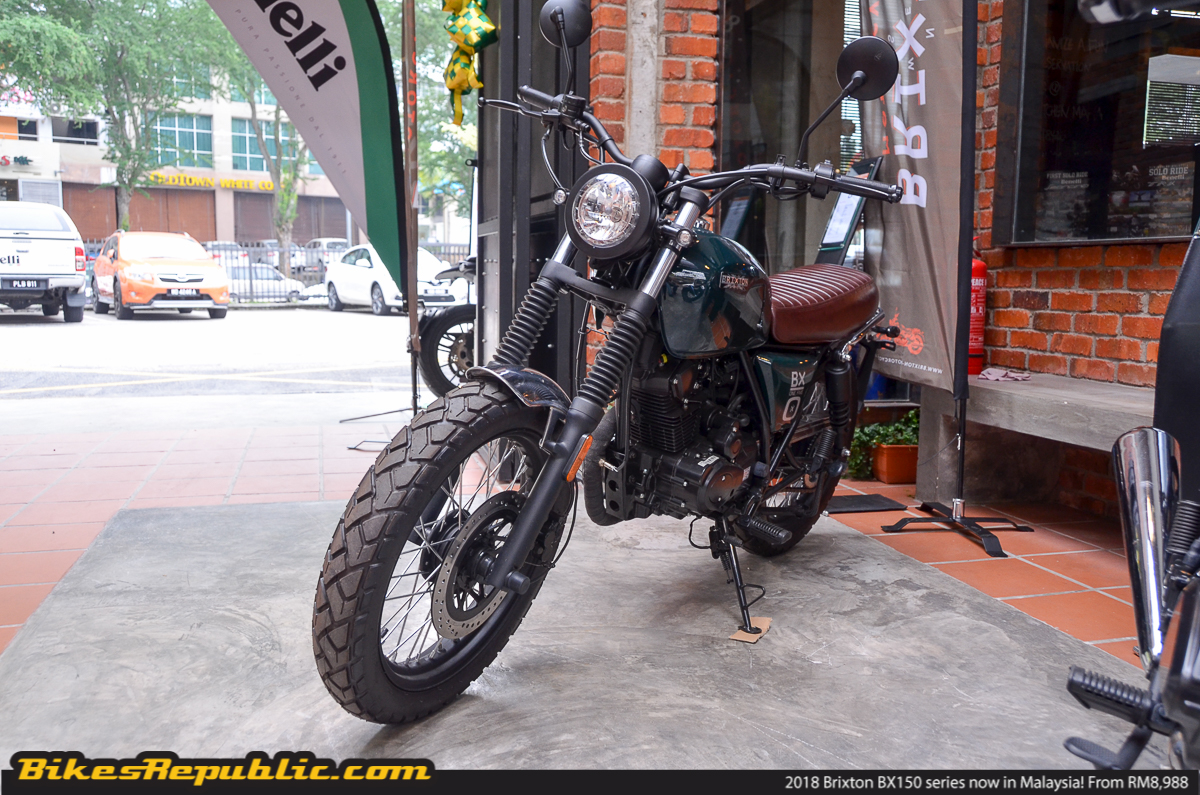 All three bikes are fitted with the same 149cc, four-stroke, SOHC, air-cooled, single-cylinder engine which is said to produce around 11hp at 8,000rpm and 11.4Nm of torque at 6,000rpm. All the power is transferred down to its rear wheel via a five-speed manual gearbox. There’s also a USB charger which comes as standard! 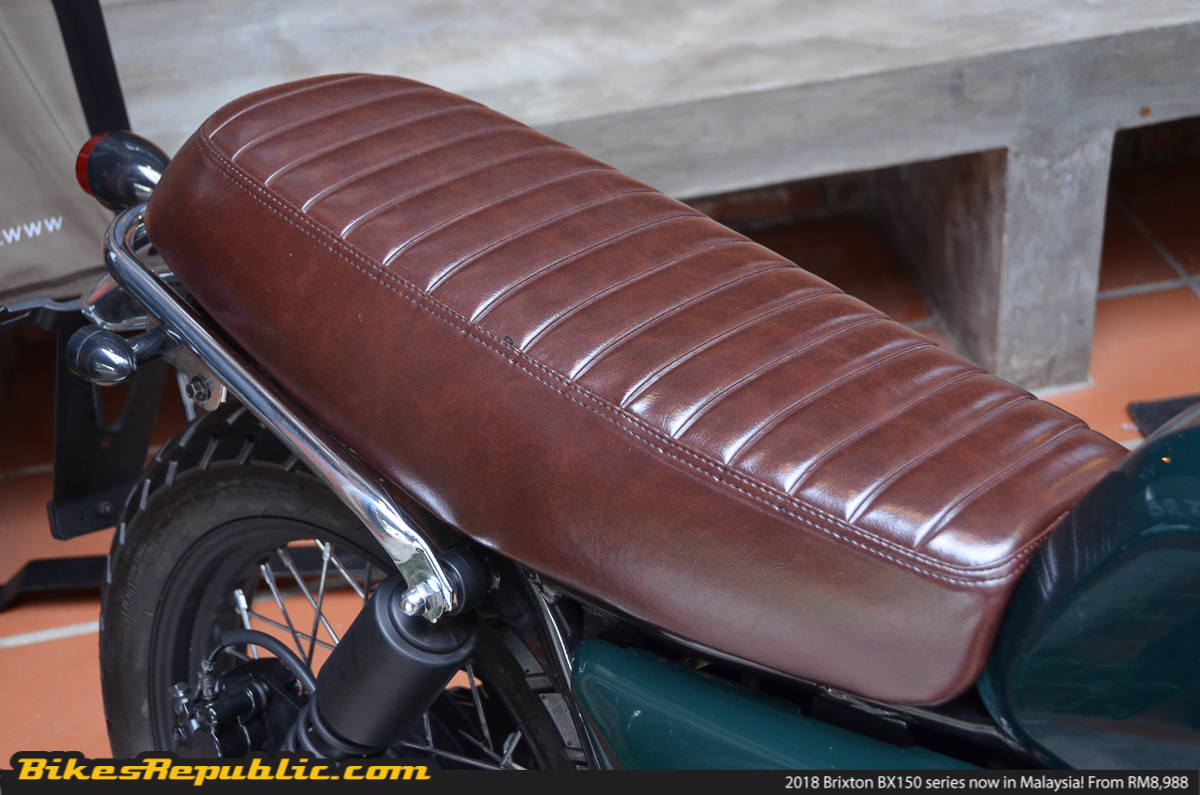 The 2018 Brixton BX150X which happens to be our favourite in the line-up carries a more ‘scrambler’ appeal. Fitted with knobby tyres (18-inch front, 17-inch rear) and its alluring matte black colour scheme, the BX150X comes at a price of RM9,288 (basic price with 0% GST). 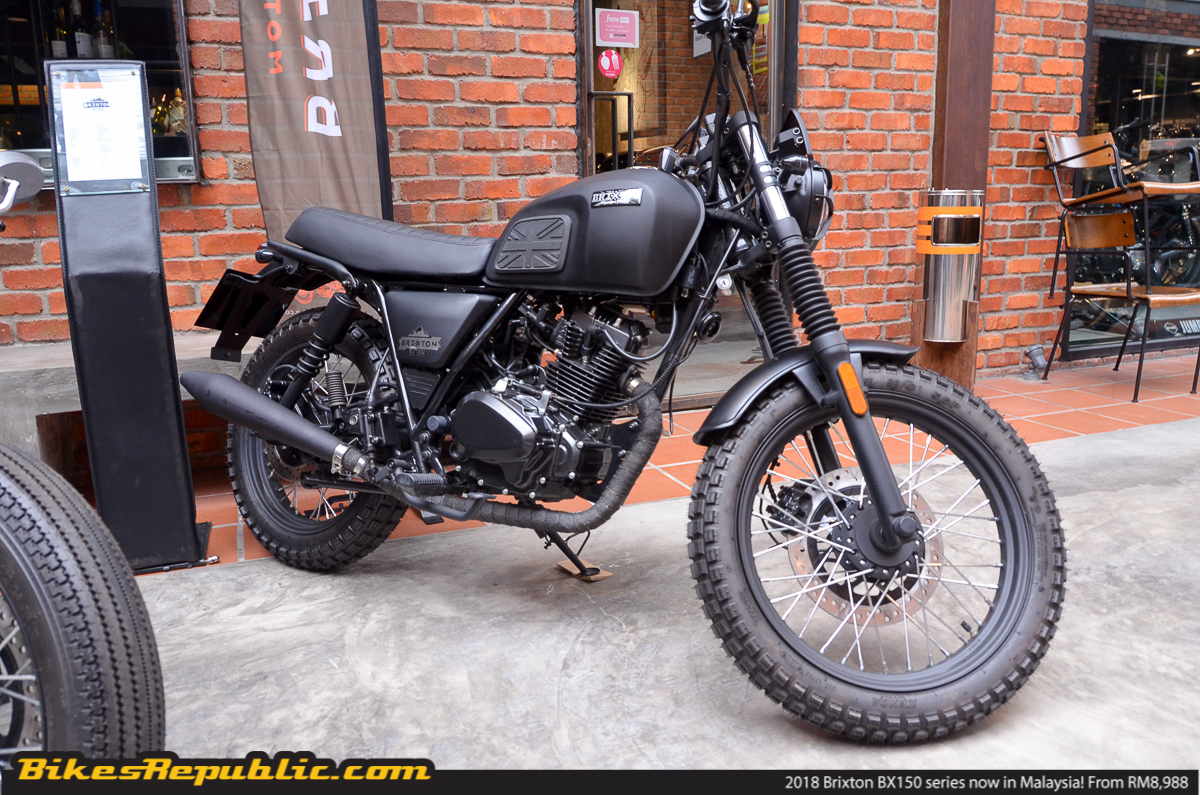 The BX150X (and also the other two models) comes ready with front telescopic forks and rear unit swing suspension setup that have been further amplified with a set of disc brakes (280mm single front, 220mm single rear) to help with the stopping power. 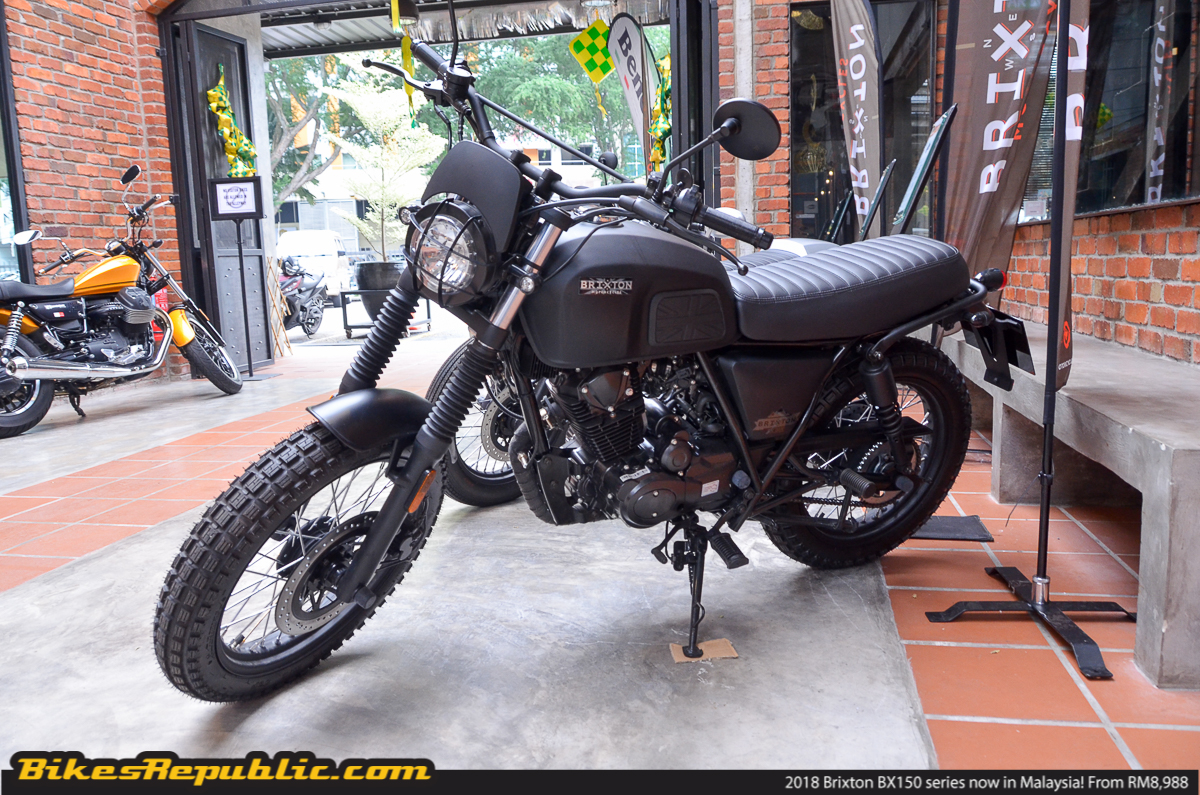 Feeling a bit fancy with your twirl moustache? Go for the 2018 Brixton BX150R which carries a very distinctive ‘cafe racer’ flavour. Priced at RM9,588 (basic price with 0% GST), the BX150R comes with a super sleek facade thanks to its special classic tyres, rear seat cover, and clip-on handlebars just to name a few. 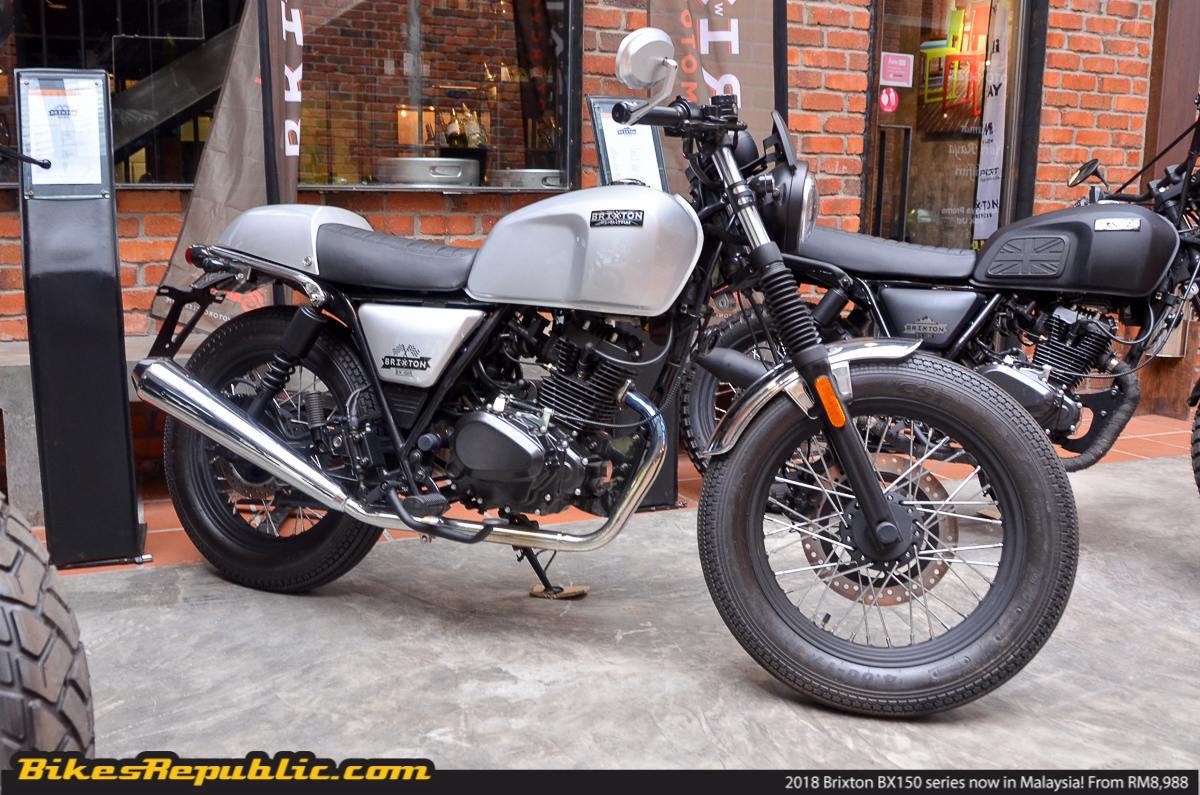 Everything about the 2018 Brixton BX150 screams good old ol’ school and they promise to be a great alternative for the Malaysian market. Those who are interested should be glad to know that they’re already available for booking at all authorised showrooms across the country. 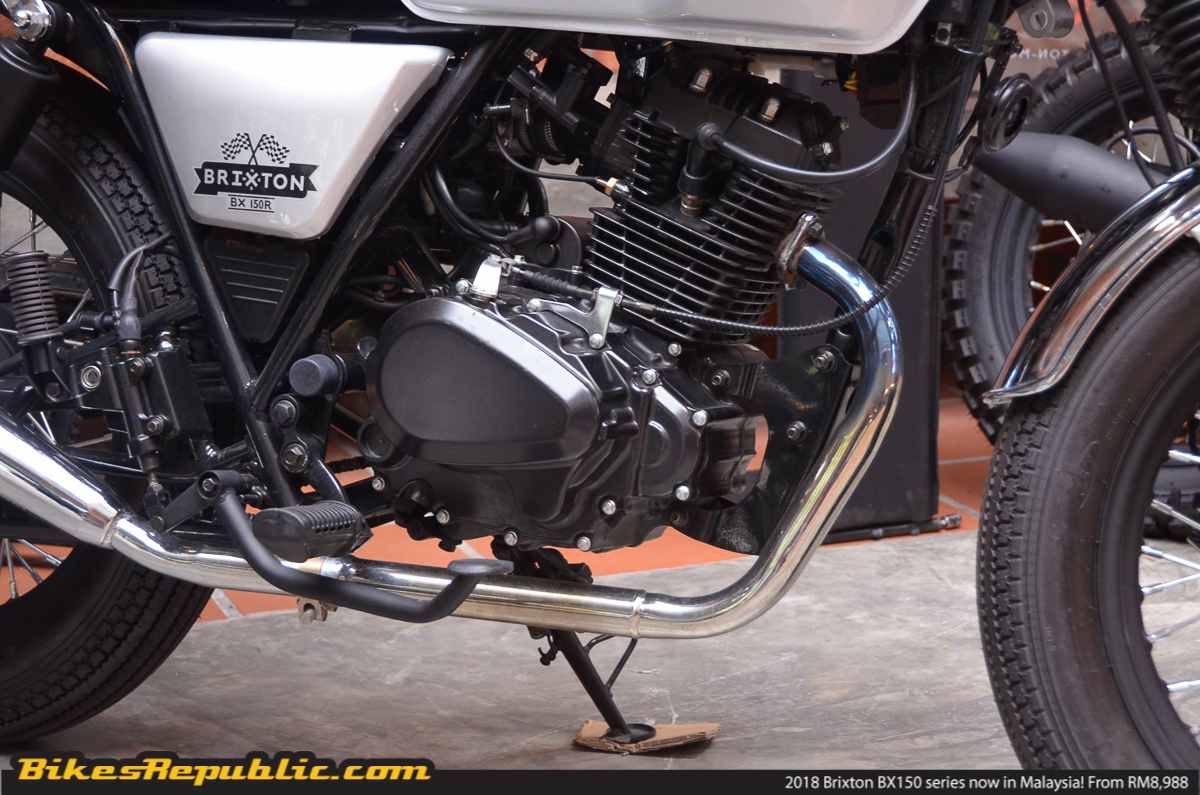