We’ve seen vintage, classics and modern motorcycles individually listed in Mudah.my, but this is something amazing. Up for sale is a collection of approximately 90 classic and iconic MV Agusta motorcycles. 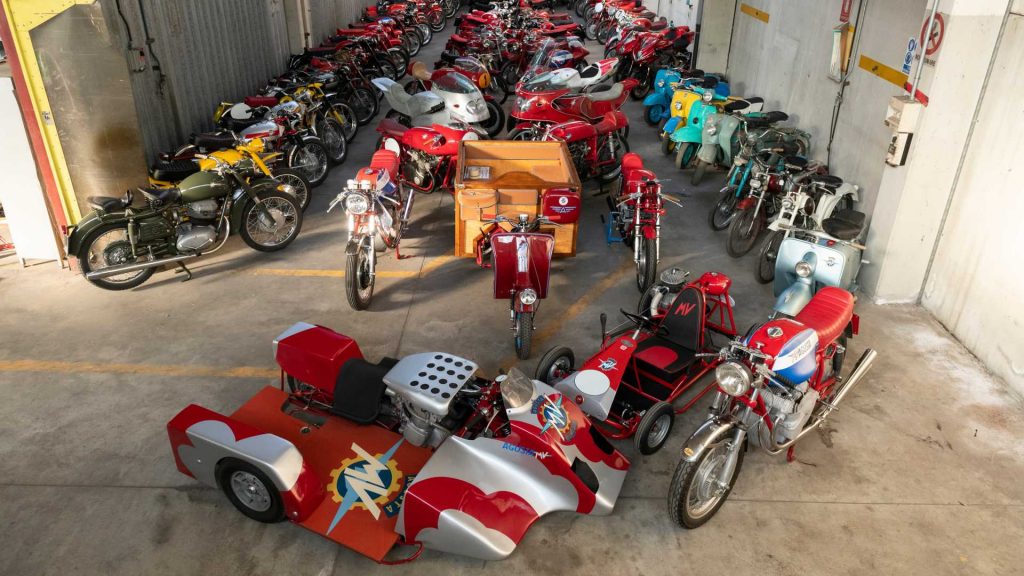 The collection was put together by a family through their love for the Italian marque. The current owner’s uncle worked in the family’s MV workshop long ago. He even raced some of the bikes at the Giro d’Italia and Milan-Tarento races.

It was him who bought these bikes, which didn’t cost so much at the time. As the collection grew over time, he rented an unused factory near Monaco to store this massive collection. The man had some of these bikes were restored by ex-factory mechanics, evidently without thought to cost. There are among these bikes that were built by Arturo Magni himself.

Consequently, all the bikes are in running condition and are certified by the MV Agusta museum.

The collection consists of volume production models and one-off specials, scooters, road bikes, and prototypes from as far back as 1945. There’s even a mini bike that was made for Phil Read’s son before it went into production. It was modelled after Read’s own race bike. The owner wasn’t boasting when he claimed it to be the world’s largest collection of the Italian brand.

Artcurial Motorcars will sell them at the retro Salon in Paris on 9thFebruary (there’s still time to get your flight tickets). They are estimated to fetch between €3,000 to €250,000 each.