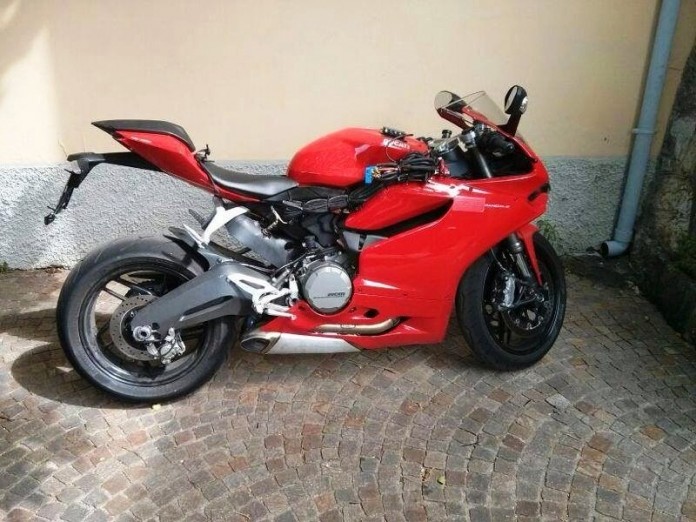 It was coming and we all knew it, we just didn’t know when. We’re talking about the new baby Panigale, the 899, and now we know that it is coming soon.

See that picture at the top? Can you tell what’s different? The single-sided swing-arm is gone, and in place of that is the double-sided Swingarm of course.

The engine is rumoured to be a miniaturised version of the 1199, with a significantly shortened stroke for higher-rpm’s and more power. There’s no official confirmation as yet, but whispers on the grapevine suggests that the engine will put out about 150bhp, which is a lot for a V-twin baby bike.

When will it be launched? There’s still no telling as yet, but this picture, taken by Italian magazine Motociclismo, shows an almost complete bike with the only thing missing being the 899 decals, which means the launch could just be around the corner.

Taking into consideration the fact that the suspension is sure to be lower-spec than the Panigale, Motociclismo magazine also suggests that the front forks are replaced with Showa Big Piston Forks. However the rear fork is mounted on the left hand side of the bike, so speculating is difficult.

The new baby Panigale may be a smaller version of the superbike, but it will be by no means cheap. We expect it to cost around RM120,000 – RM150,000 when it’s launched here.