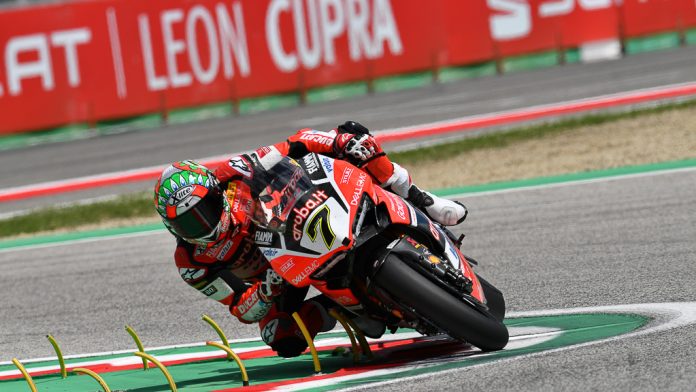 WorldSBK Aruba.it Racing rider Chaz Davies took his Ducati 1199 Panigale R to the top of the podium in both races last weekend at the Motul Italian round.

Davies managed to fend off Jonathan Rea (Kawasaki Racing Team) at the Imola Circuit who crossed the chequered flag in P2 for both races.

Marco Melandri and Tom Sykes finished in P3 and P4 respectively in Race 1 but switched positions in Race 2. 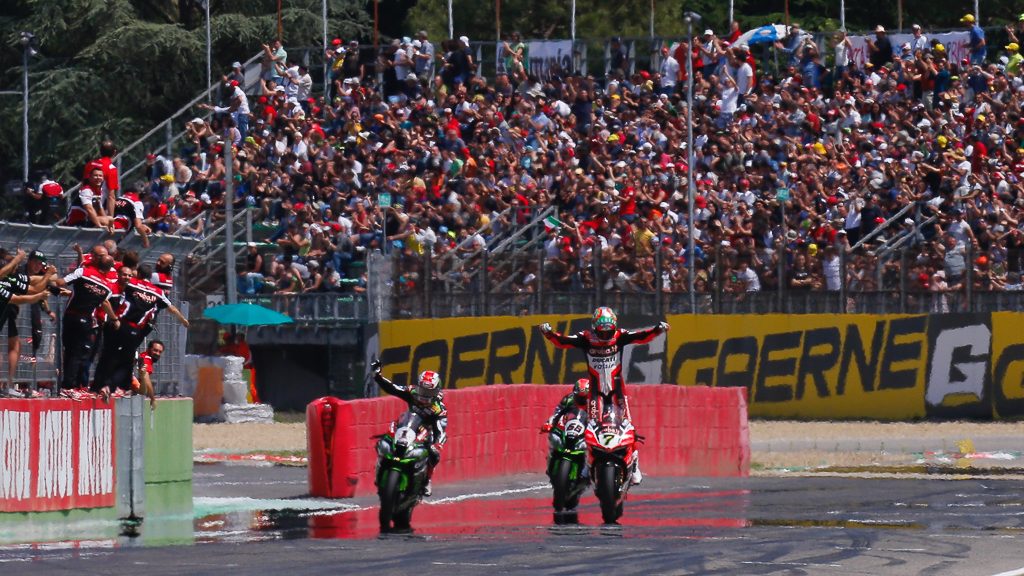 The fifth WorldSBK round over at Imola saw Chaz Davies dominating the entire field with his Aruba.it Racing Ducati 1199 Panigale R for both races in the Motul Italian Round yesterday. The number 7 rider orchestrated a text book win in Race 1 where Davies started from pole position and was never challenged for the top podium spot throughout the entire race. 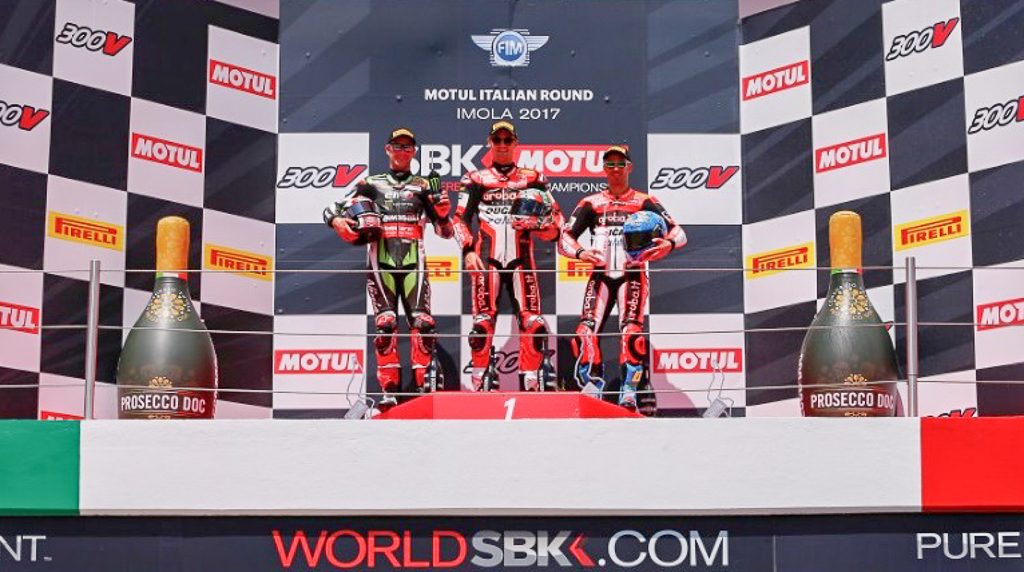 “What a weekend, up to this point in the season we’ve had a mixed bag and our biggest adversaries have come out strong – this is the first weekend where we feel like we’ve been the benchmark and we’ve been able to find a rhythm,” 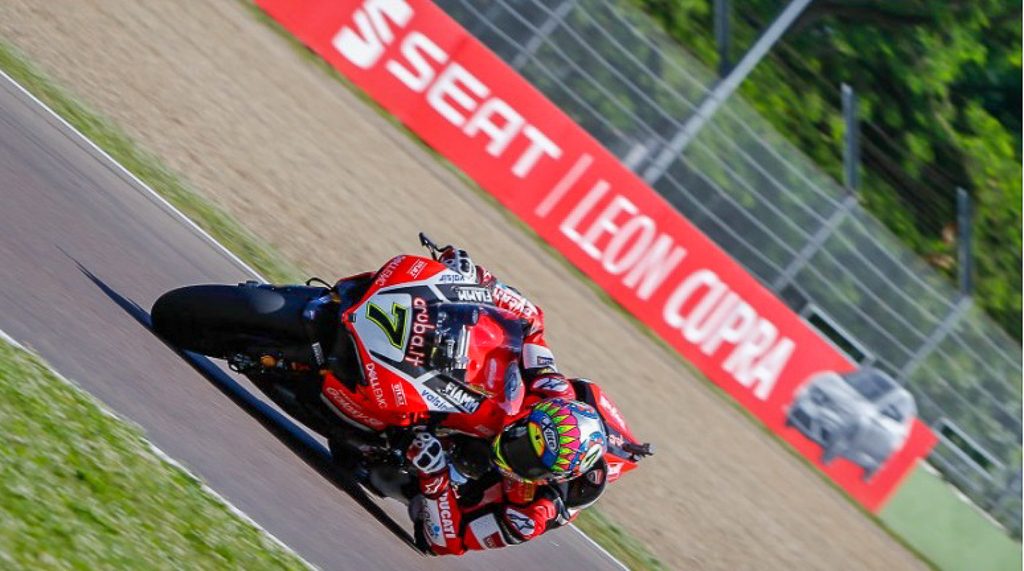 “From the second session we were able to find it and it snowballed from there into the double victory. I just can’t say enough things about how the bike performed around here, it worked superb in both races,” commented Davies regarding his weekend performance. 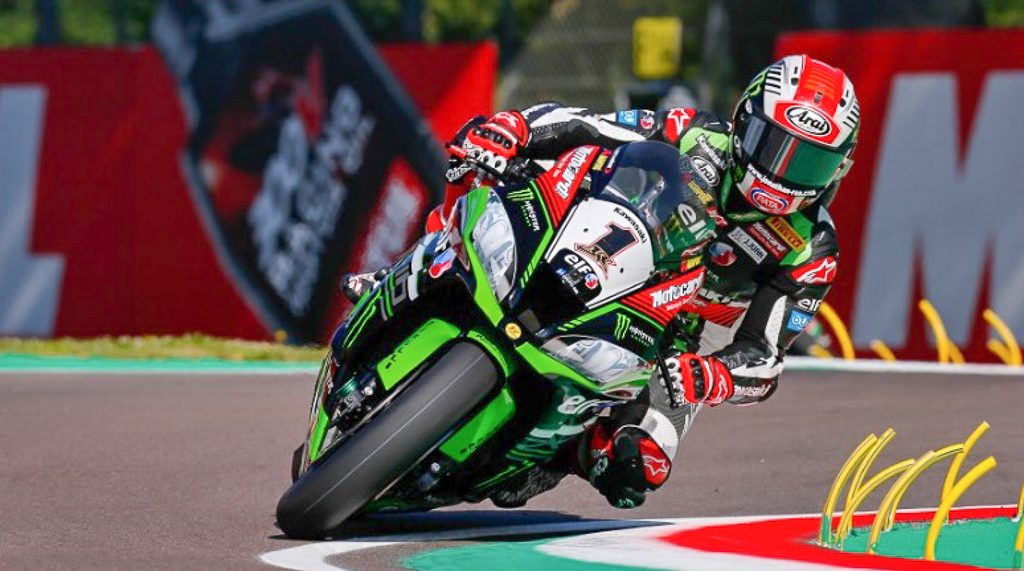 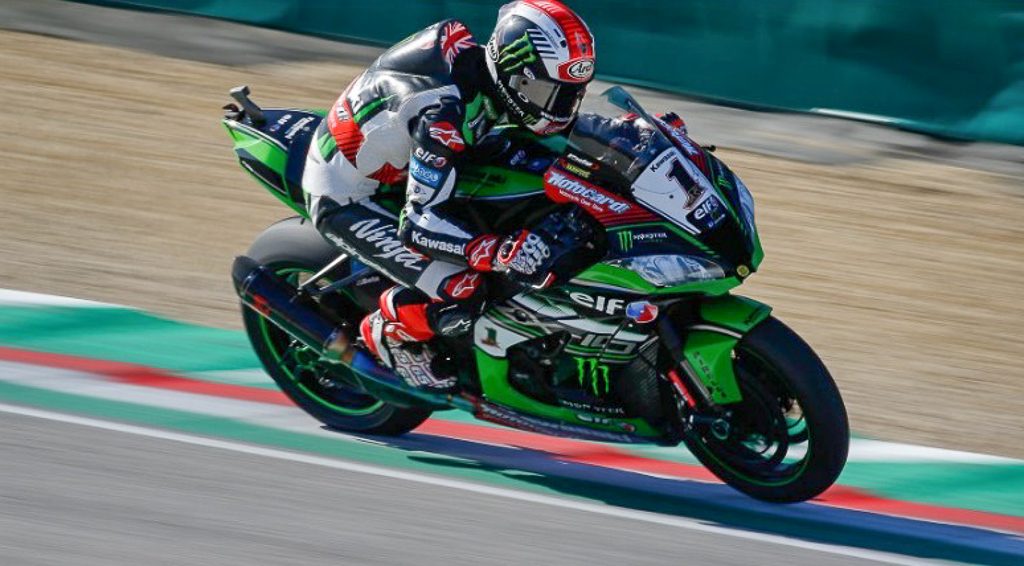 Rea commented “Yeah of course I’m happy because I don’t think I could have been much better than second. We halved the gap to Chaz on race one so that’s a positive, but unfortunately I made a huge mistake on lap one going through one of the chicanes,” 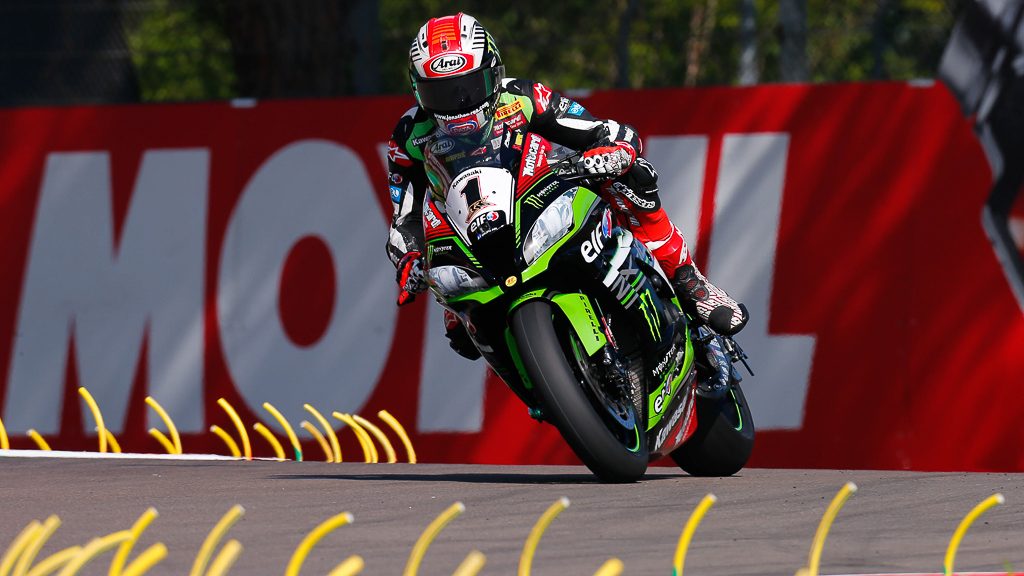 “We changed the bike between race one and two so some positives, but all in all to leave Imola with 40 points and increase the championship lead is a good weekend at one of our not so strongest tracks.” 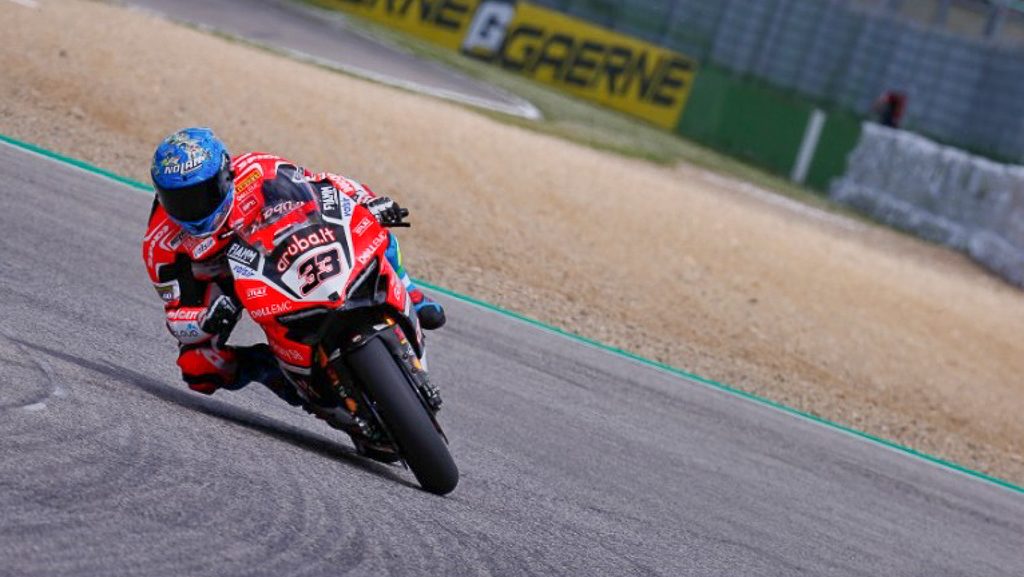 The other Aruba.it Racing Ducati rider, Marco Melandri, completed the podium for Race 1 in third position but wasn’t so lucky in Race 2 where the 35 year old Italian crossed the chequered flag in fifth. The good news is that he maintains his fourth overall spot in the 2017 championship standings. 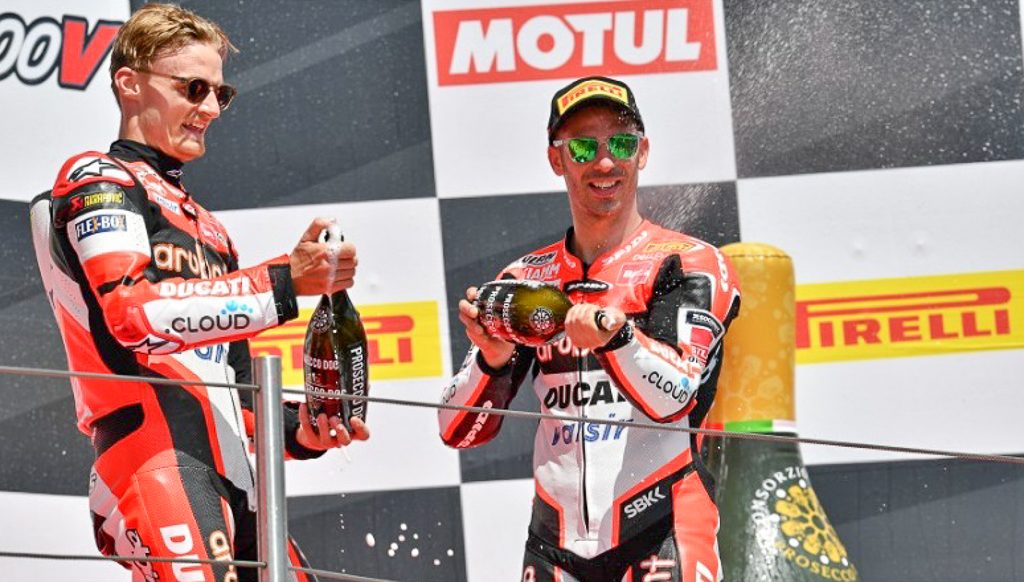 It wasn’t just the Aruba.it Racing who had a good weekend. The Kawasaki Racing Team also had positive results with their other WorldSBK champion, Tom Sykes. After a close battle with Marco Melandri in Race 1, Sykes was just over 0.6 seconds from podium finish crossing the chequered flag in P4. 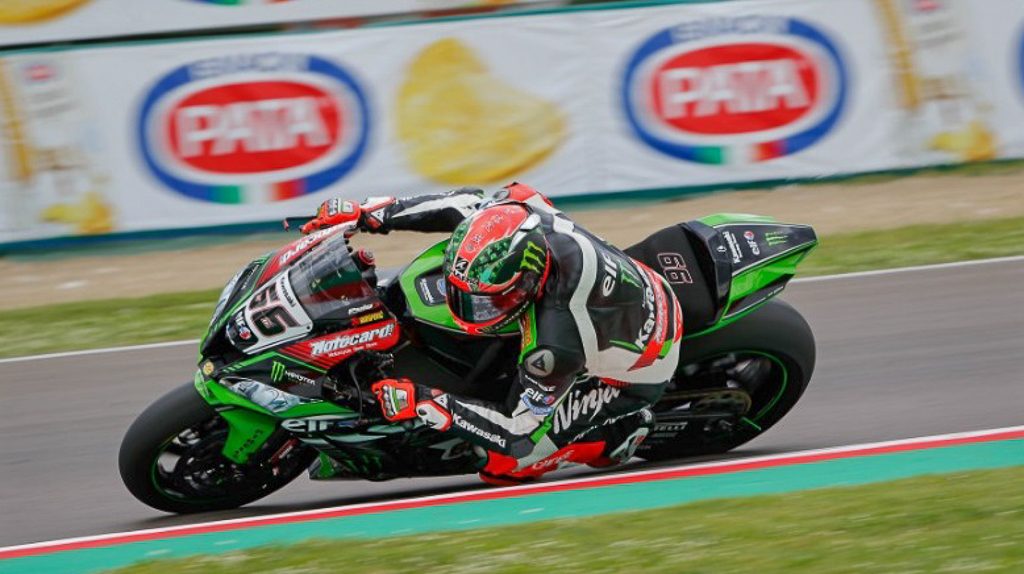 The 32 year old Brit also led the first part of Race 2 before he was overtaken by Davies and Rea. The bad news is now Sykes has dropped one spot in the championship standings to third as Davies takes over the second spot with 160 points compared to Davies who has gained 161 points. 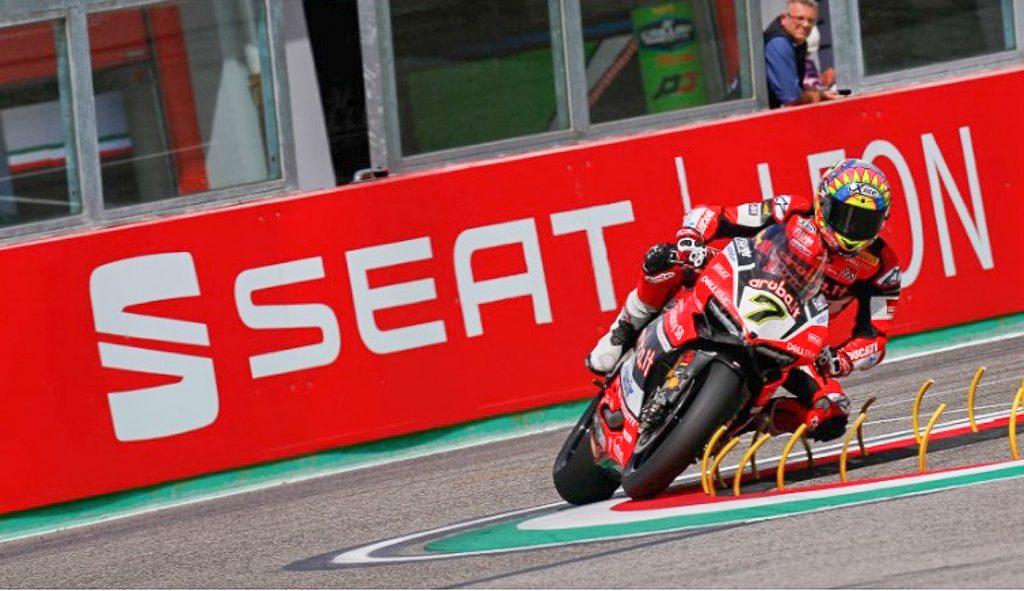 The boys will head over to Donington Park Circuit for the UK round at the end of the month from 26 to 28 May 2017.