The two new bikes show a great departure from the staid styling of the previous Rocket 3, as Triumph positions them to challenge for the power cruiser crown. You definitely can’t do so with the styling of the old bike, can you? 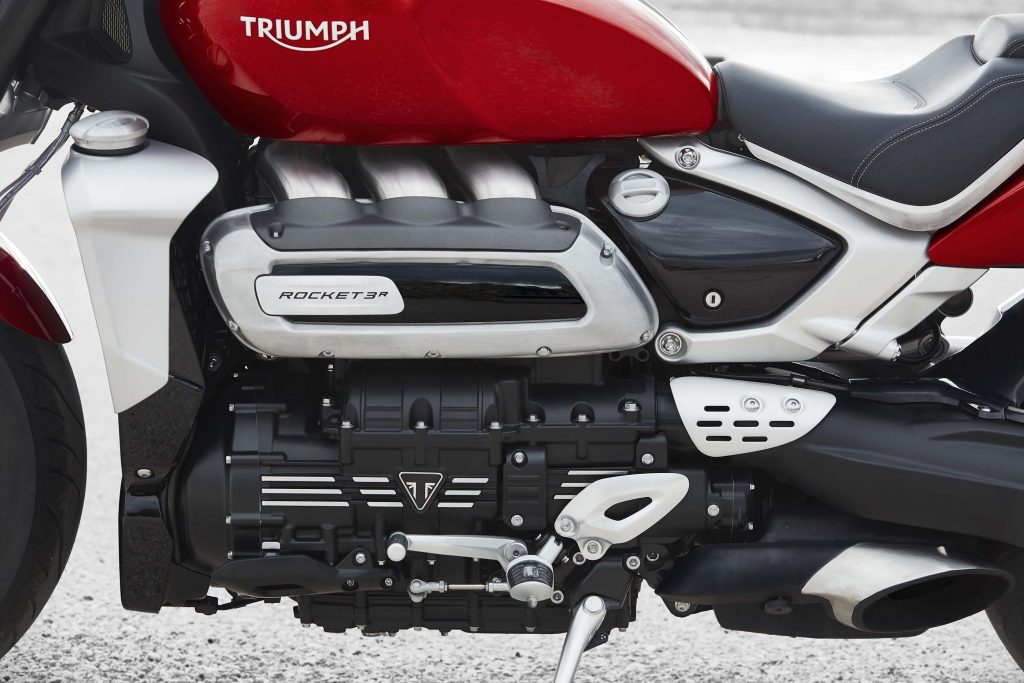 Anyway, the new Rocket 3 has a new 2500cc three-cylinder engine, up from 2300cc. That capacity increase cements Triumph’s hold on the “biggest production engine” record. But it isn’t an entry in the record books that the Hinckley-based manufacturer is seeking.

The new engine produces 165 bhp at 6,000 RPM and 221 Nm of torque at 4,000 RPM. These figures are impressive if not eye-popping. An engine which finds its maximum torque at just 4,000 RPM means it will accelerate like a jet plane. Currently, no other gasoline-powered production motorcycle matches the Rocket 3’s torque. Only the electric Lightning LS-218 produces the same figure! 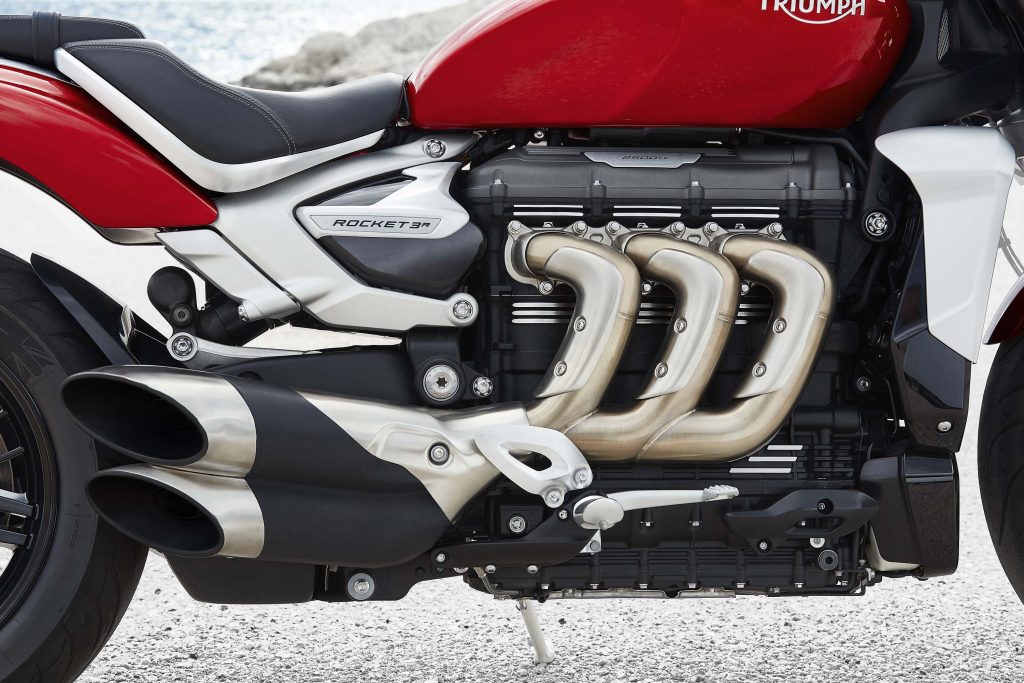 As such, Triumph claims that the new Rocket 3 punches off the line from 0 to 100 km/h in just 2.79 seconds. That’s superbike territory, yo!

The manufacturer didn’t just overbore the old lump but made many revisions. They reduced circulating mass by 18kg resulting in a higher redline.

The frame was likewise changed. It’s now aluminium with a central spine that bolts around the engine. That central spine is hollow and doubles up as the airbox.

Doing so saved another 22kg, thus added to the 18kg shaved from the engine results in a 40kg lighter bike. 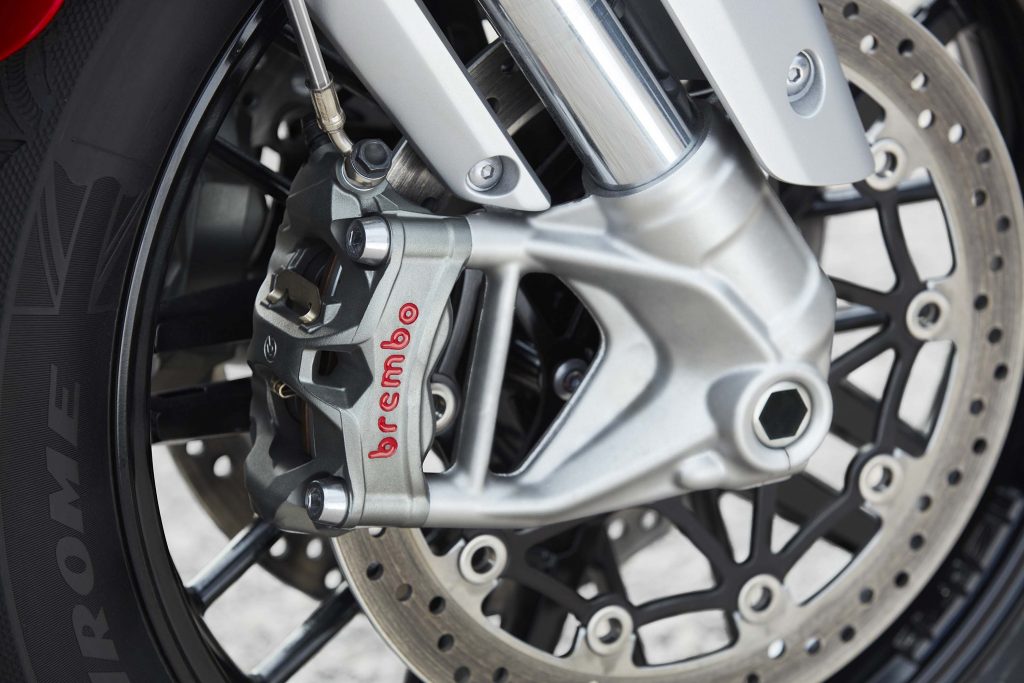 Suspension consists of 47mm diameter Showa forks and fully-adjustable rear shock with piggyback reservoir. The front brakes utilize Brembo Stylema monobloc calipers like those on the Ducati Panigale V4 and Aprilia RSV4 1100 Factory. The rear tyre goes up in size to 240mm.

Electronics are top-notch too, including the Inertial Measurement Unit from Continental which provides lean-angle sensitive ABS and traction control. There are four riding modes including Sport, Road, Rain and rider configurable fourth one. 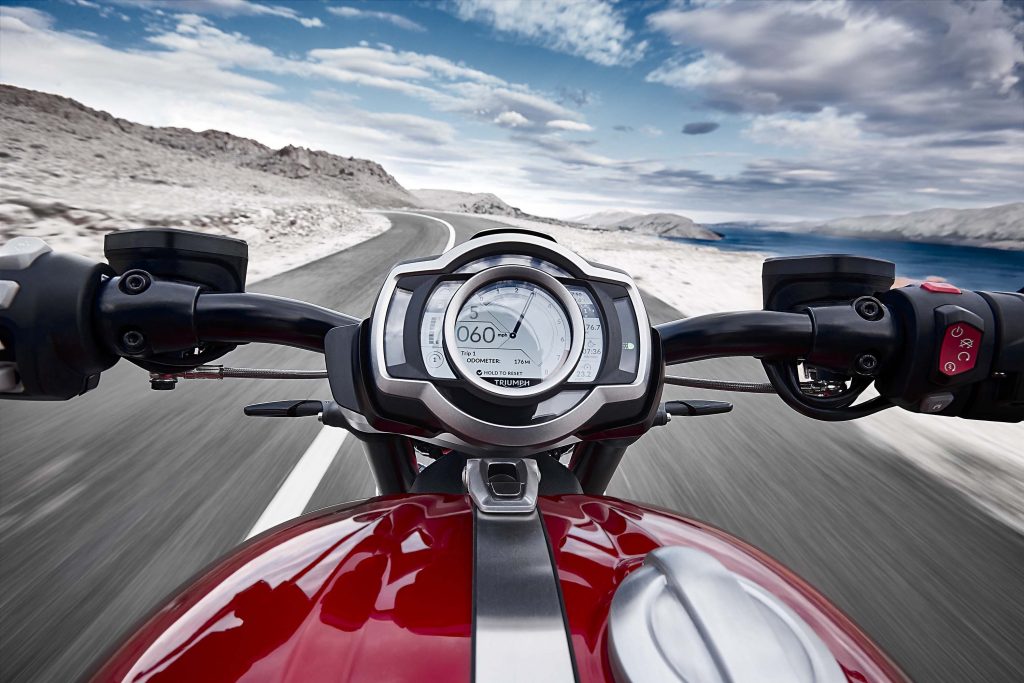 But what’s the difference between the “R” and “GT”? The former is the sportier model, with a lower windscreen. The GT, on the other hand, has a bigger windscreen and passenger backrest.

How much? We have to wait for pricing when they arrive at Triumph Motorcycles Malaysia. 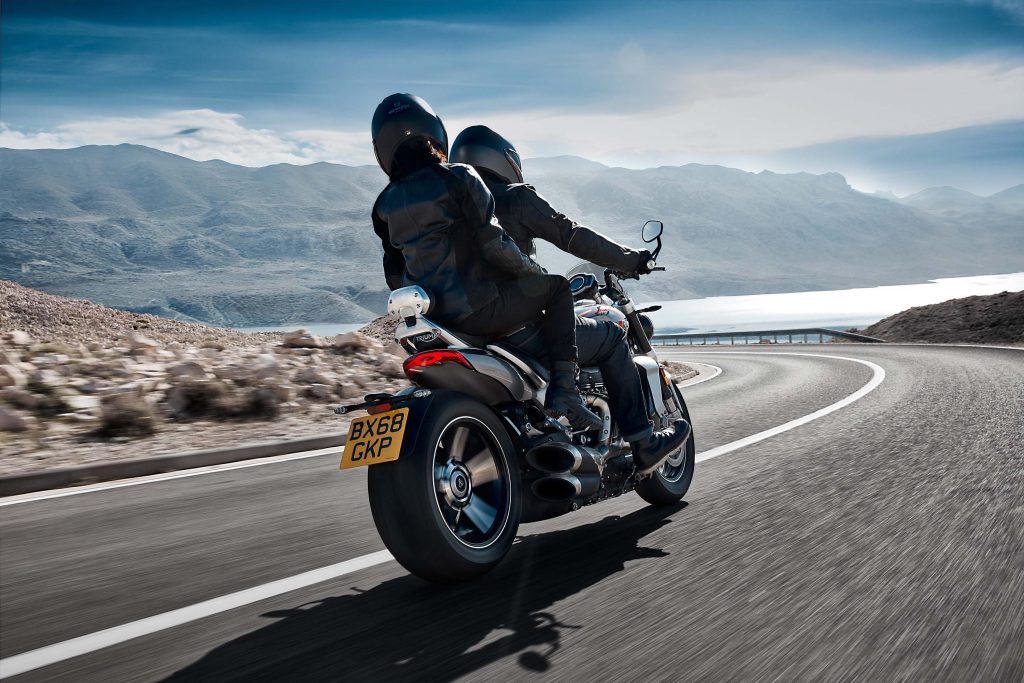