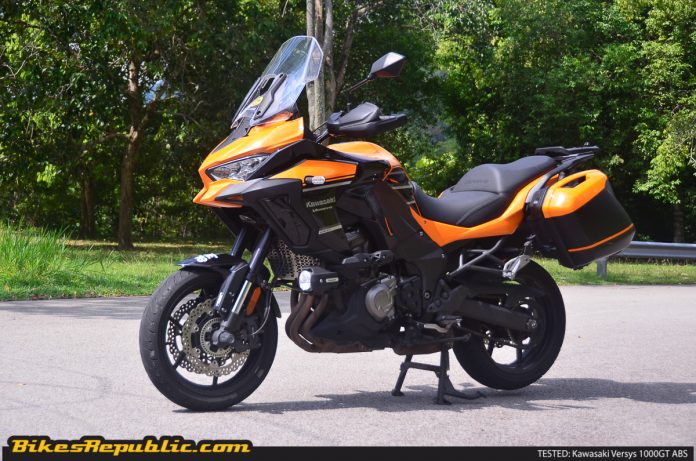 Touring bikes. Either you love them, or you haven’t had the chance to try one to love them. For experienced sports bike riders, finding a long-distance tourer that can offer similar feelings but with amped-up comfort might be a challenge in terms of specifications and pricing, but the Kawasaki Versys 1000GT ABS might just tick all the boxes. 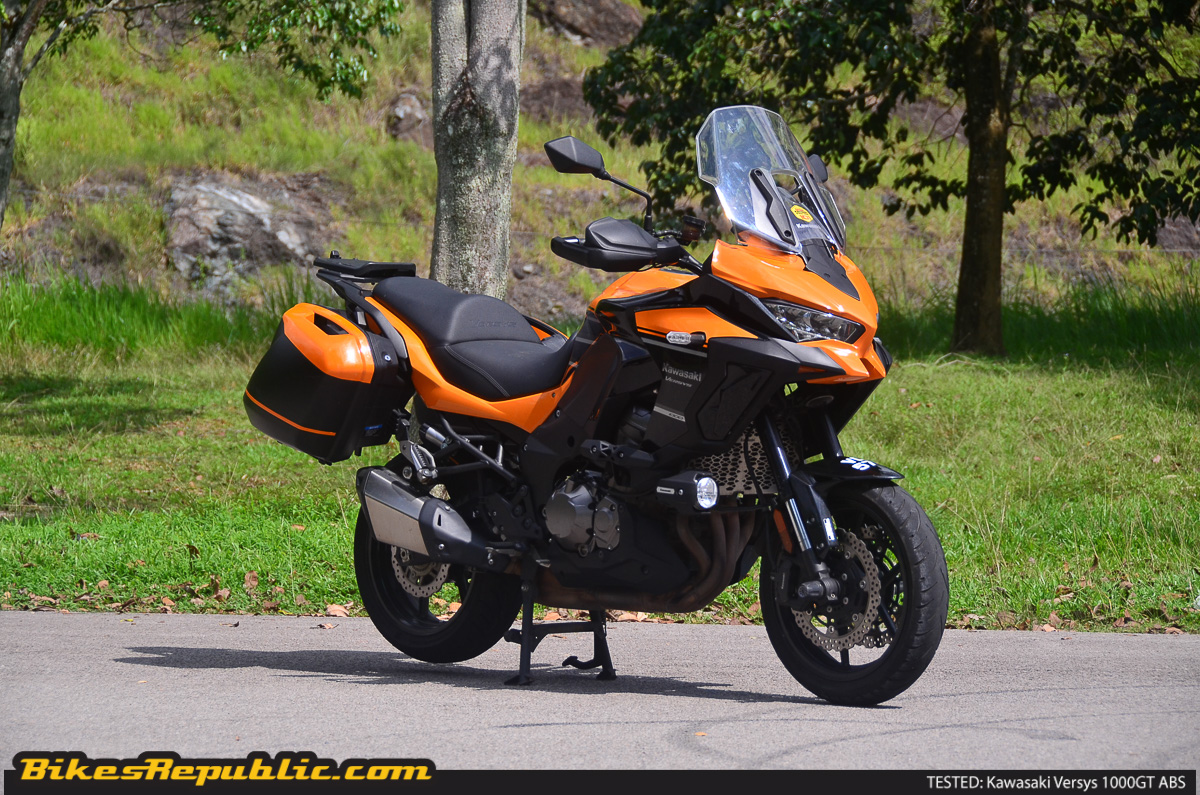 As far as adventure-style touring bikes go, there are a bunch of options here in the Malaysian market. That number is greatly reduced when you take into account the engine capacity and configuration, particularly inline-fours. Smooth yet powerful, that particular package paired with everything else offered on the Kawasaki Versys 1000GT ABS makes the bike a good all-rounder. 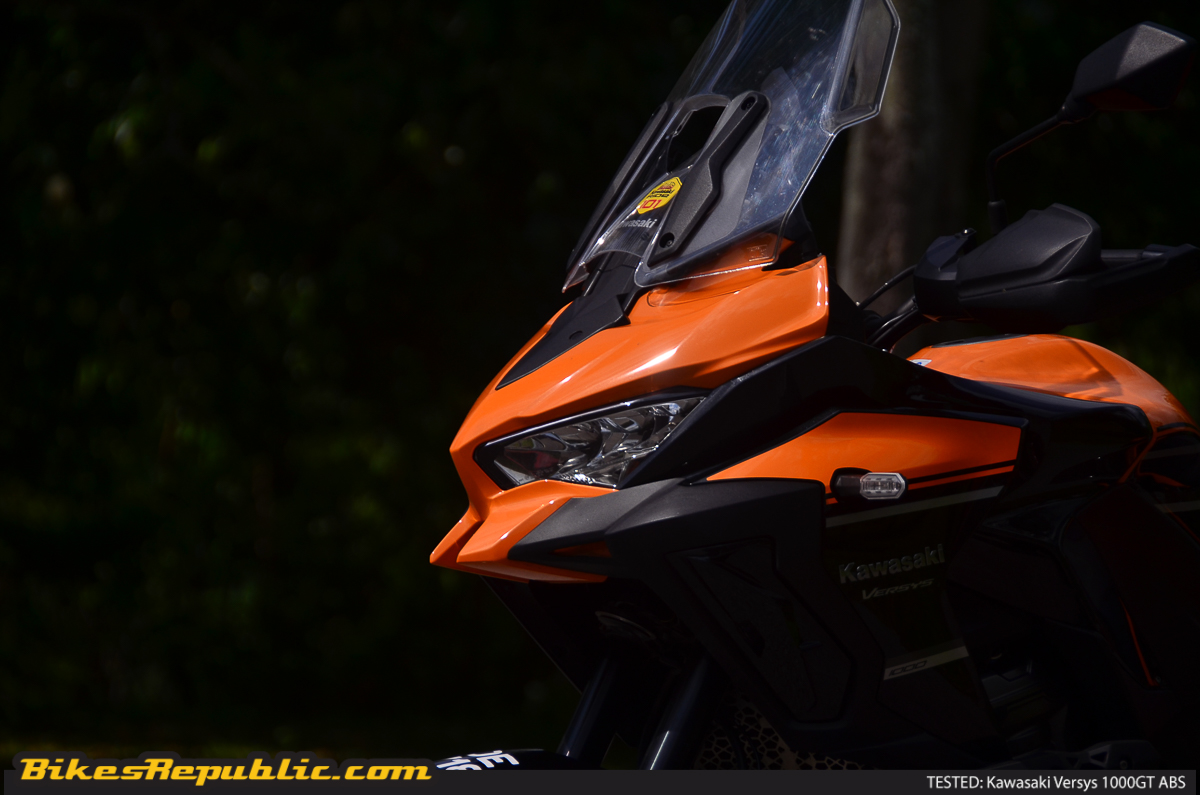 Starting with the looks, the current version is without a doubt a step up in design compared to the previous-gen. Sharp edges, pronounced lines, and aggressive features, the Versys 1000GT is indeed a beast. However, it’s a look that might divide the opinions of many and after having some time to ponder upon its façade, we think it’s acceptably average. 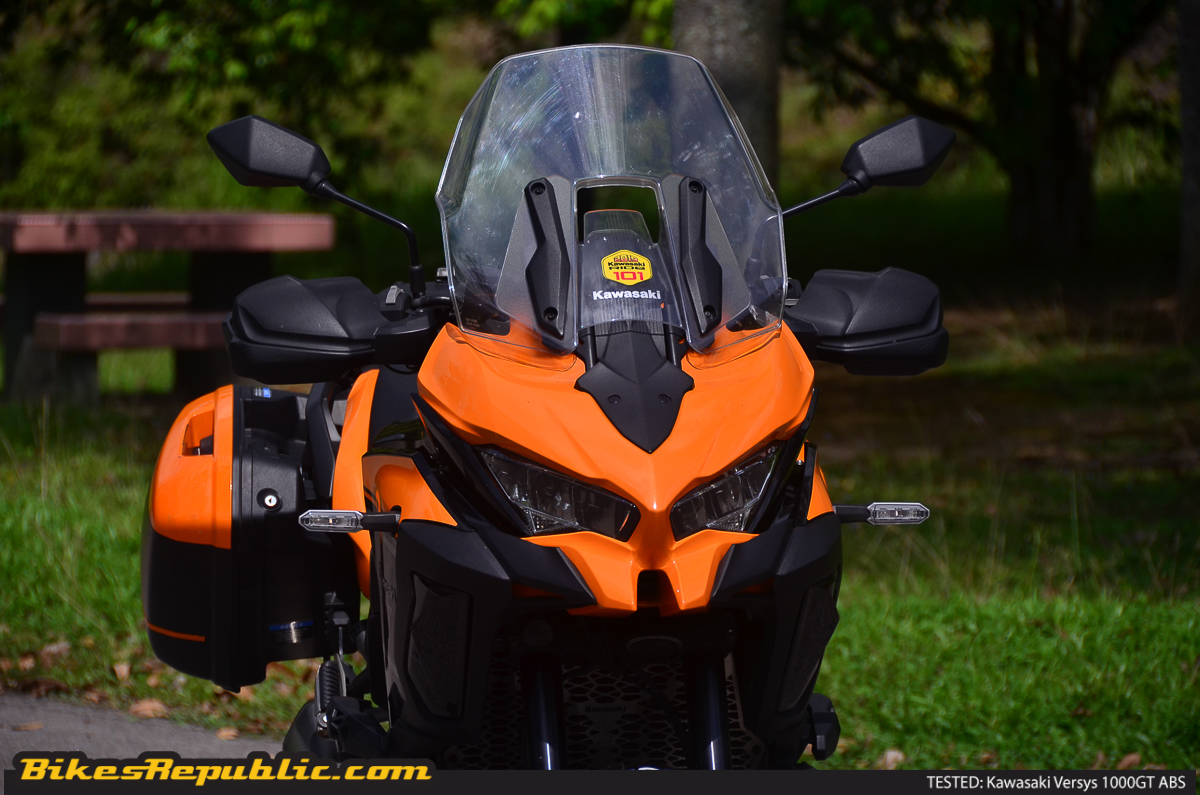 On the other hand, the Kawasaki Versys 1000GT got a lot of praises from other adventure bike riders when we joined the folks from Big Boys Adventure for some fun ‘Nature Ride’ around Fraser’s Hill and Kuala Kubu Bharu. Most of the riders were rocking the BMW R 1200 GS, but they simply adore what the Versys 1000GT brings to the table in terms of looks. 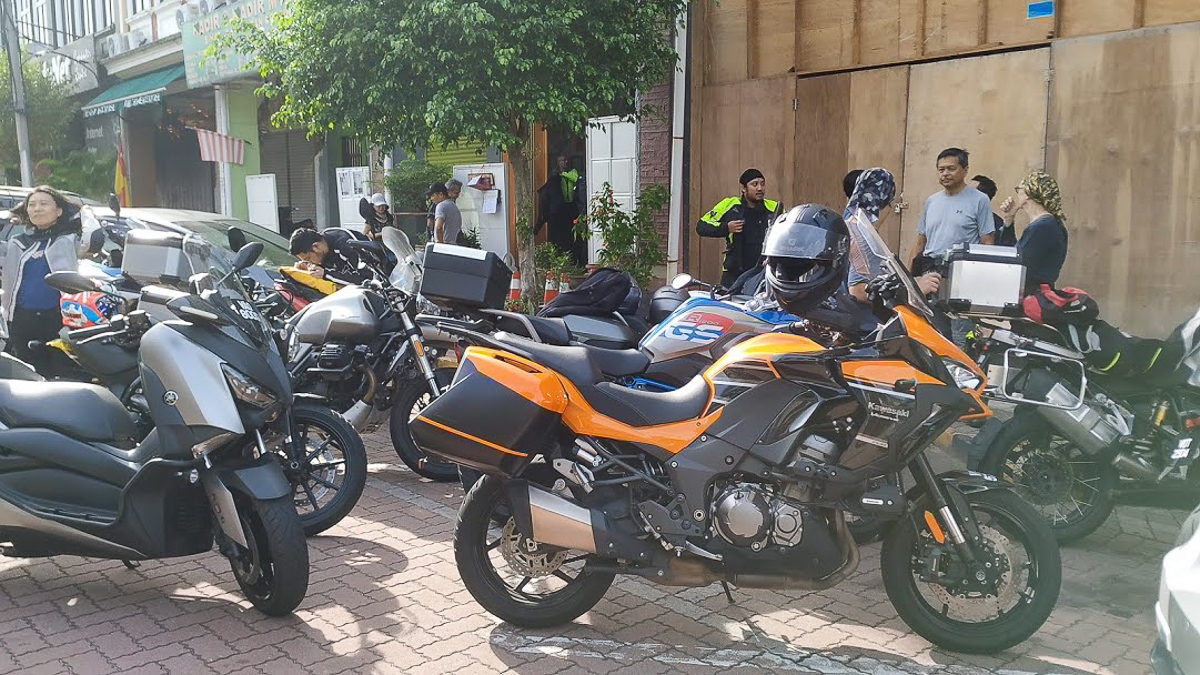 Moving on to its riding performance, the big brother of the Versys family came prepared and ready to offer some serious fun on two wheels. You would think that a bike that weighs over 250kg would be a burden to manoeuvre around, but we were proven wrong. The beast was light on its feet at low speed, but galloped away like a racehorse upon opening the throttle. 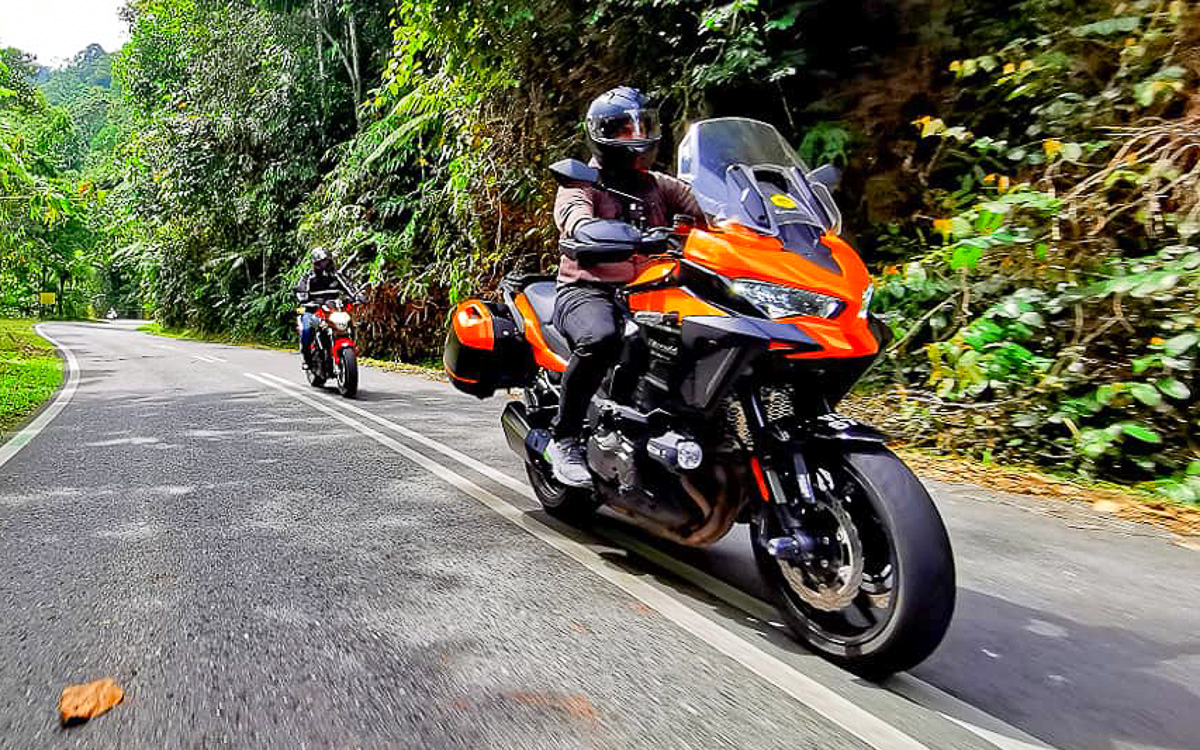 Speaking of throttle, the Versys 1000GT probably has the smoothest throttle response out of all the Kawasaki bikes offered here in Malaysia. We’ve tested a number of Kawasaki bikes (thanks Kawasaki Motors Malaysia) like the Z900RS, Z900RS Café, Ninja ZX-10R SE, Ninja ZX-6R, and even the H2SX. Most of these bikes have a very twitchy response that’s more like ‘on-off’ but like the H2SX, the Versys 1000GT is as smooth as butter. We likey. 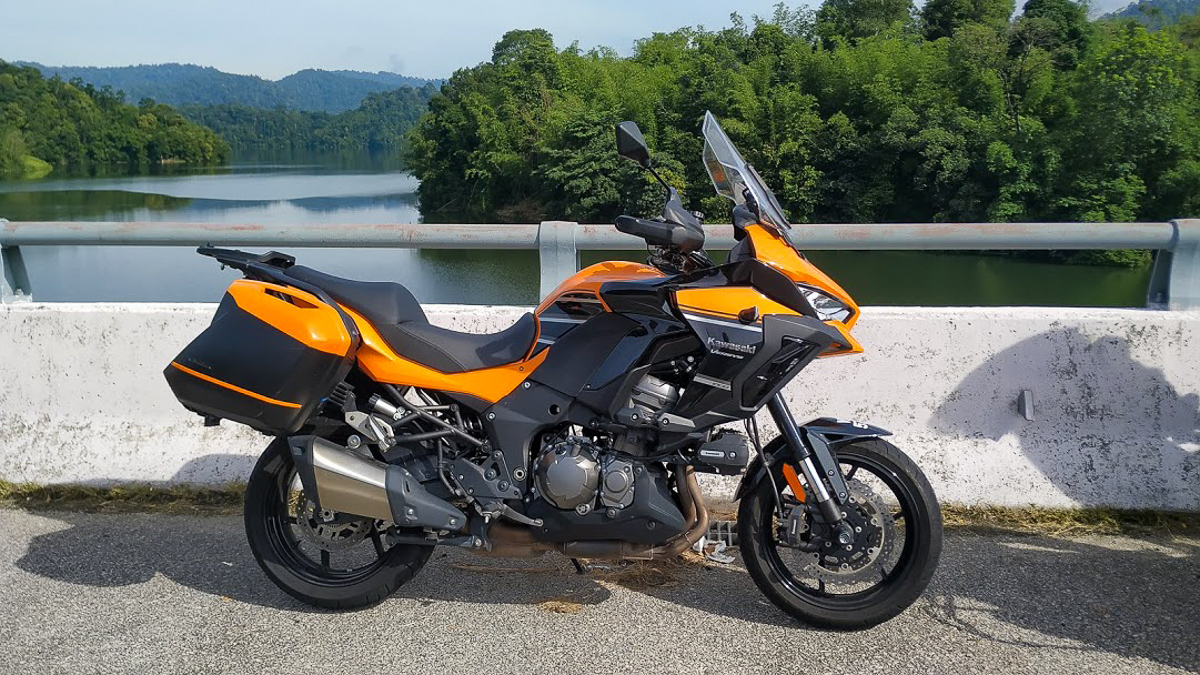 This is partly thanks to how its 1,043cc inline-four engine has been tuned and enhanced. Producing around 120hp and 102Nm of max torque, the power delivery is further enhanced thanks to the additions of electronic dual throttle valves, assist & slipper clutch, Kawasaki Traction Control (KTRC) and selectable power modes. 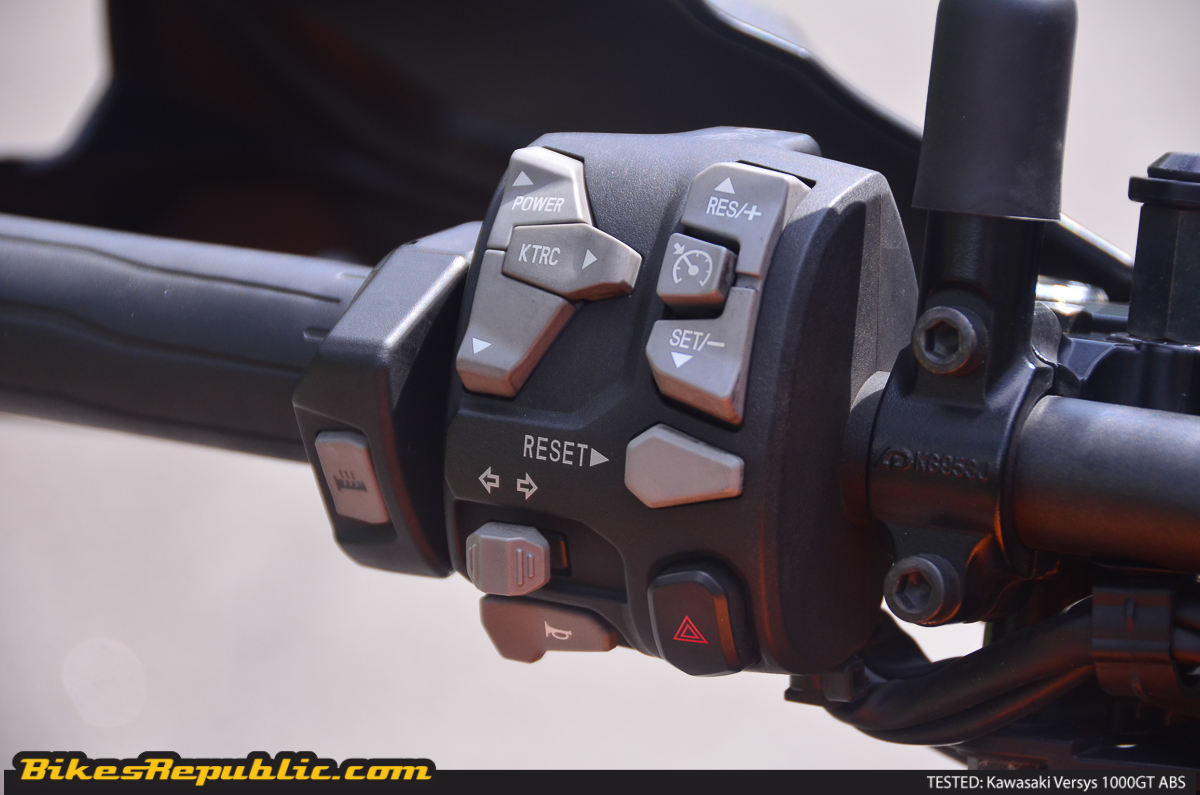 Carving through the mountain rides was indeed an enjoyable experience, especially with a host of riding aids assisting all the time without interfering with the rider’s input too much. In other words, the Versys 1000GT is safe to ride without taking away all the fun of riding. You get me? 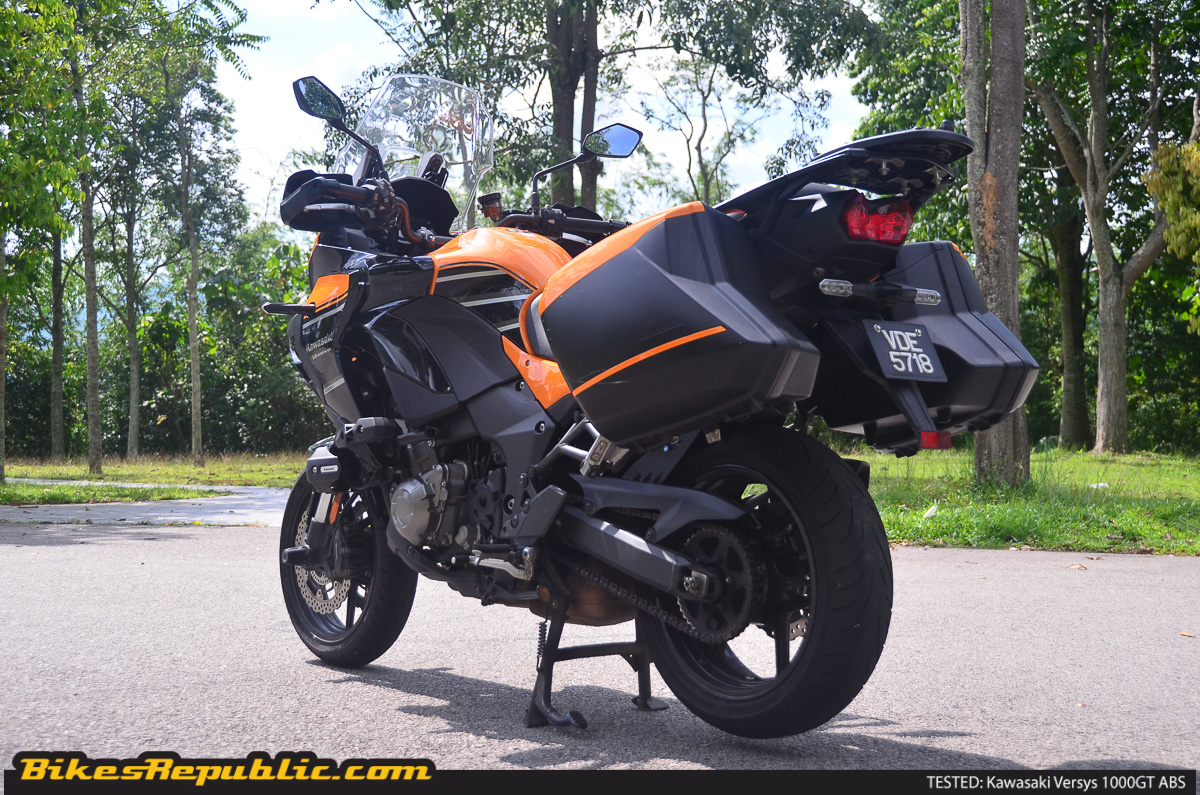 You can experience this for yourself if you can get your hands on one, particularly the Kawasaki Cornering Management Function (KCMF). This system works hand in hand with the bike’s IMU unit, traction control, and ABS to provide just the right assistance of engine power and brake modulation when going through the bends. You might be a good and fast rider, but the Versys 1000GT will make you feel better and faster. 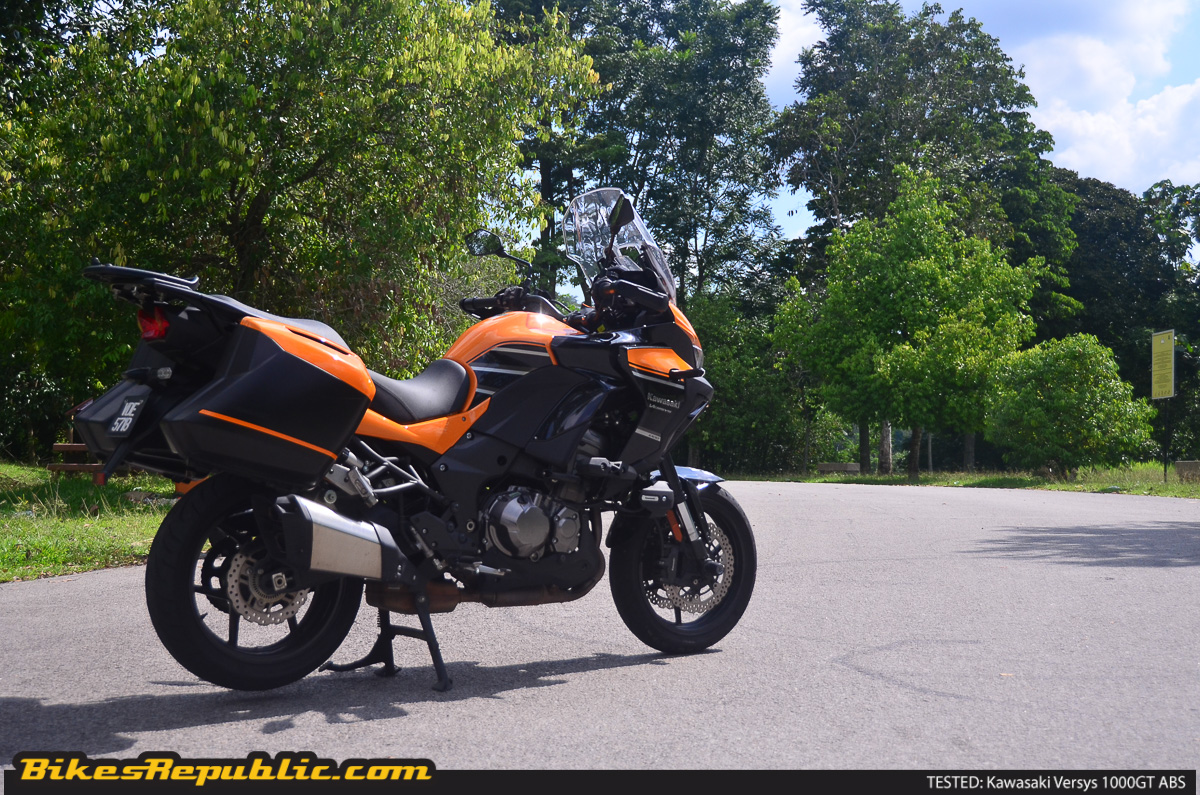 As far as sitting position and riding ergonomics are concerned, there’s no denying that this bike is comfortable. We would appreciate it more if the seats were a bit on the softer side, but that will probably numb down any feedback of the road to the rider. 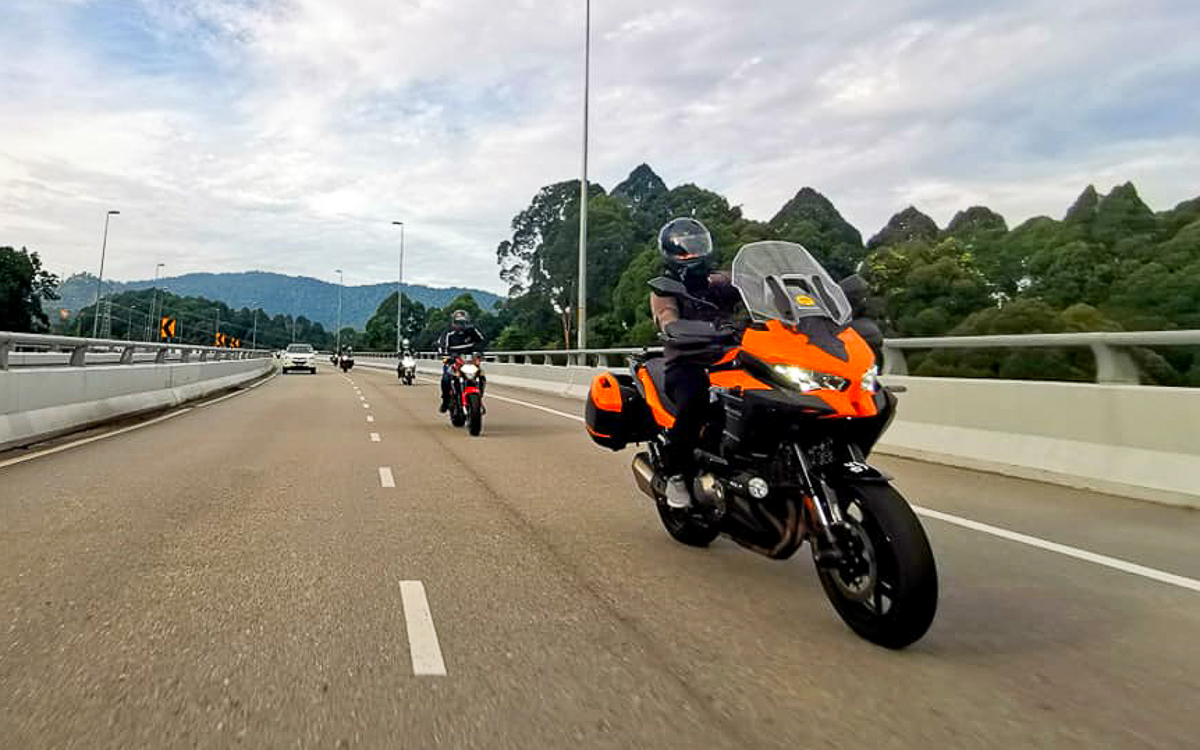 Have you seen its huge front windscreen? It’s huge! More than enough to protect you from the elements, Kawasaki took it a step further by designing a little opening in the middle which lets in just enough air to cool the rider down without causing turbulence or riding stress. By far our favourite feature throughout our time riding this baby around. 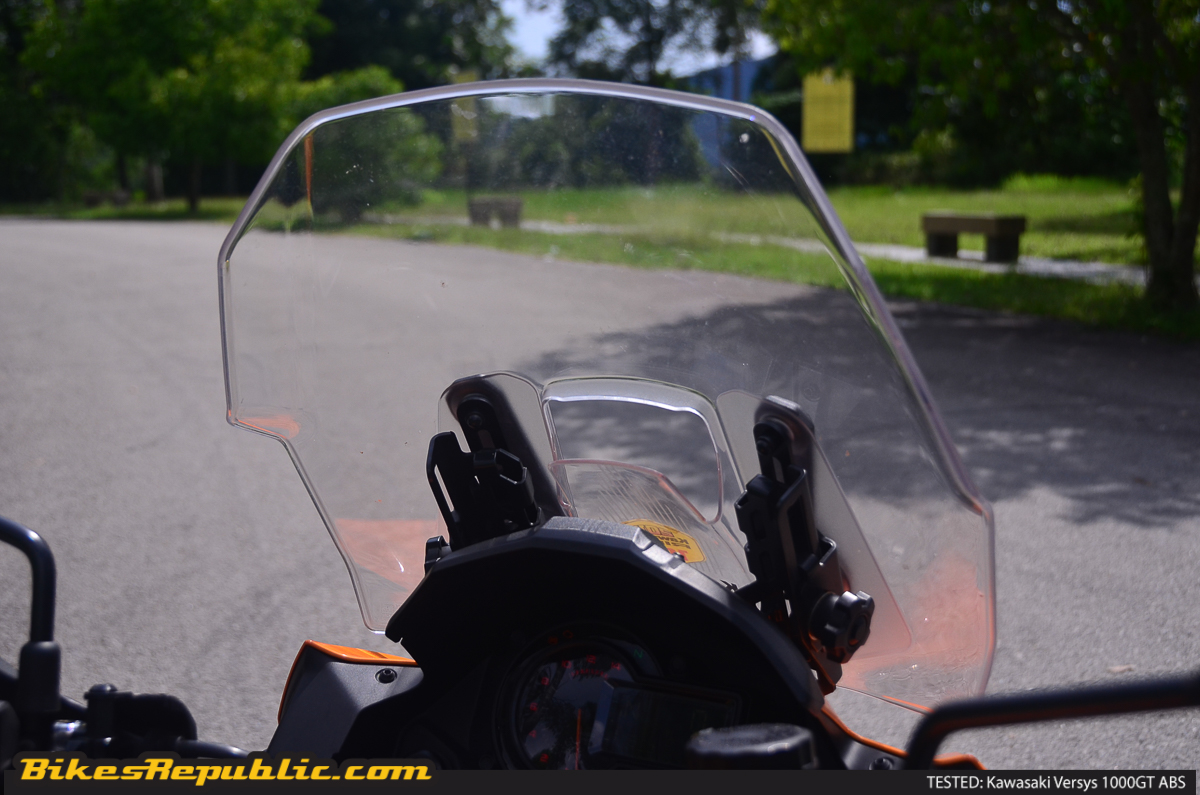 All in all, the Kawasaki Versys 1000GT is a good all-rounder machine for daily travels as well as long distance. The looks might be a bit odd at first (especially that weird orange hue), but that outer layer will grow on you and more importantly, a thing that you’ll quickly forget once the wheels start rolling. We approve with two thumbs up.