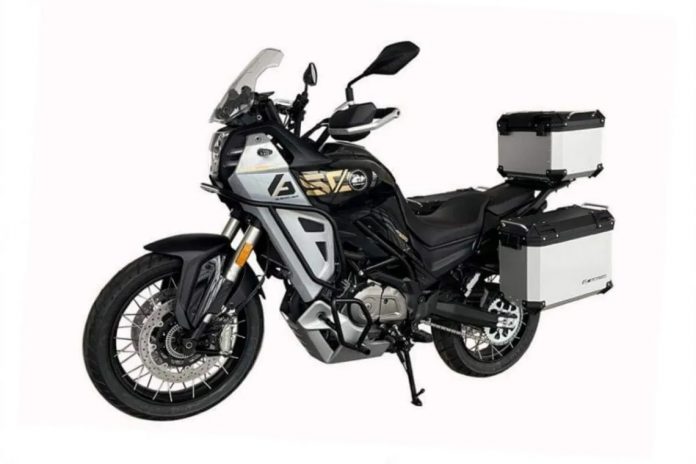 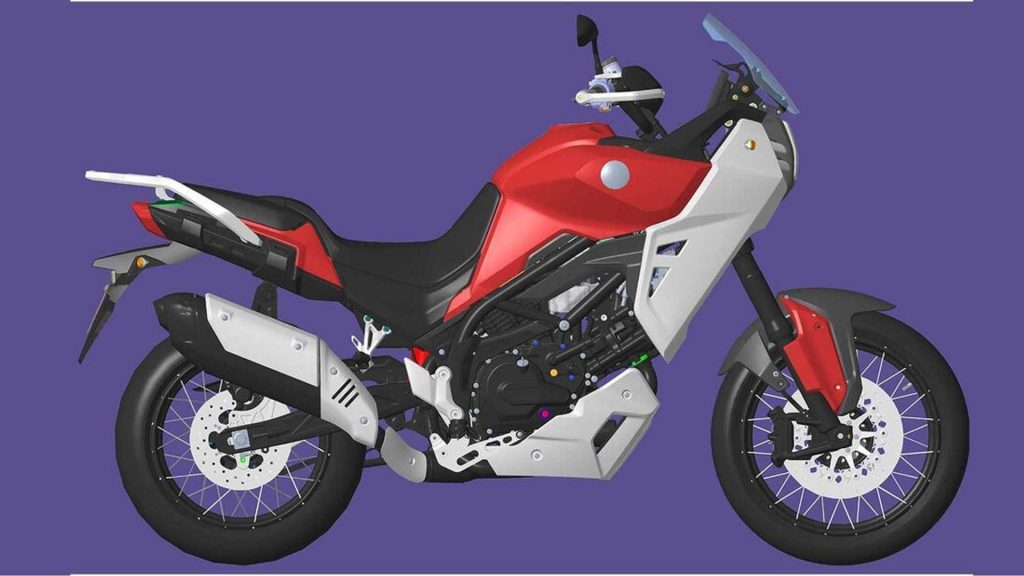 The image of the QJ650 surfaced through the latest patent application filed in China which also revealed some key technical details surrounding the model. Key to which is the engine that the QJMotor QJ650 adopts – a 649cc V-twin with a claimed output of 75HP. 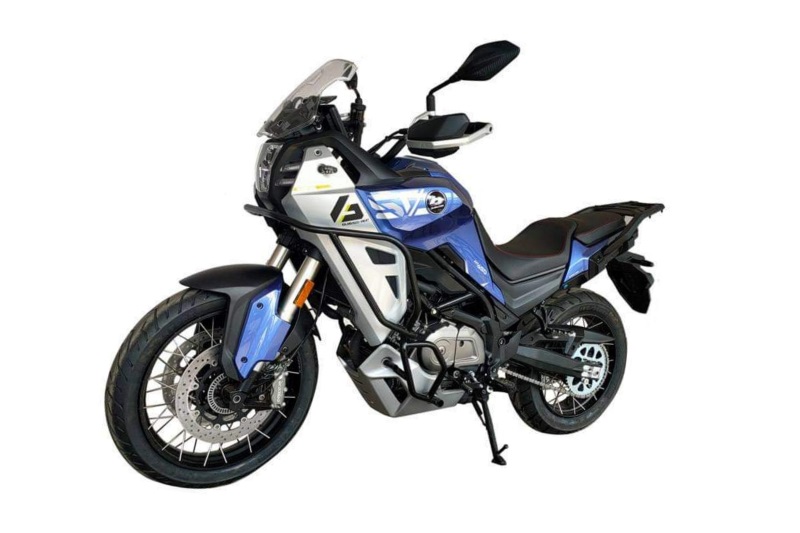 Moreover, the two patent documents filed also revealed the QJ650 will come in two variants. One of which will be a higher-specced ‘Adventure’ offering brimmed with a set of luggage side and top boxes. Other details revealed include a claimed weight figures of 219KG (standard) and 249KG (Adventure), as well as the presence of an ABS module. 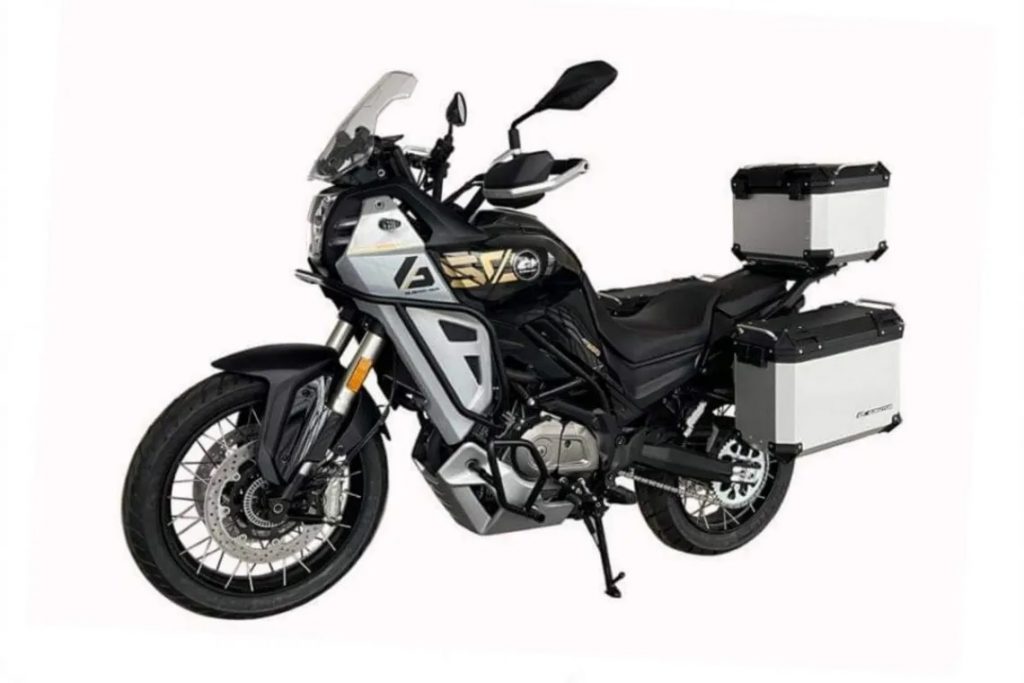 Like what we saw in the QJMotor SRT800 launched locally last week, common features in both will include things like crash bars and handguards too. As for the wheels and tyres, both appear to roll on wire-spoke types measuring 19-inch up front and 17-inch at the rear.

As for release date and availability, QJMotor remains mum about it for now, but word has it we will see this V-twin model officially debut sometime later this year.