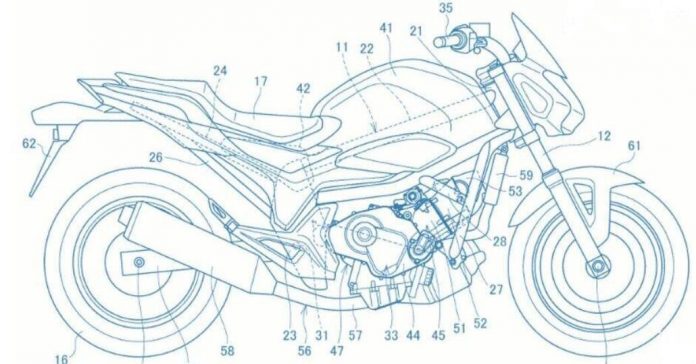 Honda has just filed the patents for a new 800cc parallel-Twin engine. While the patent documents show a naked bike like the previous Hornet 650, they may just be working on a much-awaited middleweight 800cc Honda Africa Twin.

Big Red has acknowledged that they lack a middleweight adventure. Indeed, the gap is too large between the CRF250L/CRF250 Rally and Africa Twin 1100. An 800cc adventurer fills this gap nicely.

But let’s get back to the patent.

The engine should also be the replacement for the current 745cc engine which has been in the market since 2014. It’s also the platform for an entire range of Honda bikes including the X-Adv crossover scooter, NC750D Integra scooter, NC750S naked bike and NC750X adventurer.

The patent also shows the engine equipped with Honda’s proprietary DCT (Dual Clutch Transmission), which is already on the X-Adv and CRF1100 Africa Twin.

More than that, the cam cover’s shape is clearly similar to that of the CRF450R, new Africa Twin and VFR1200F which means it will feature the Unicam set up. It’s not variable valve timing/lift, however.

Having an 800cc to 850cc displacement also makes sense since their European rivals namely BMW and Triumph are currently the ones to beat. We shall see what comes of this.