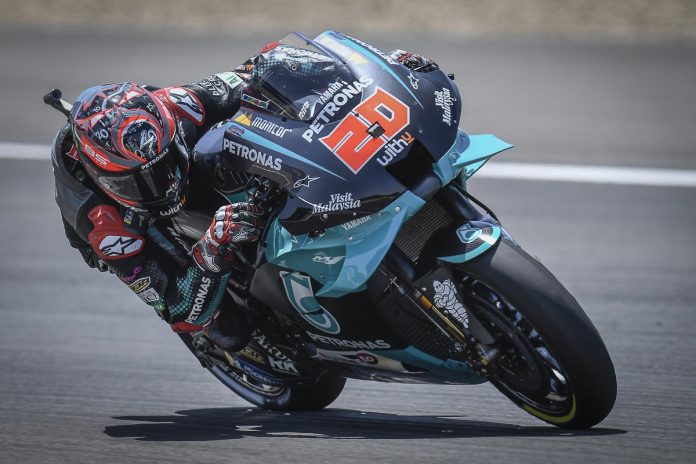 After months of no racing, MotoGP came back with so much action and drama, it’s hard to even believe. One of those momentous occasions was Fabio Quartararo (Petronas Yamaha SRT) scoring his first-ever premier class win at the Spanish GP in Jerez, Spain. 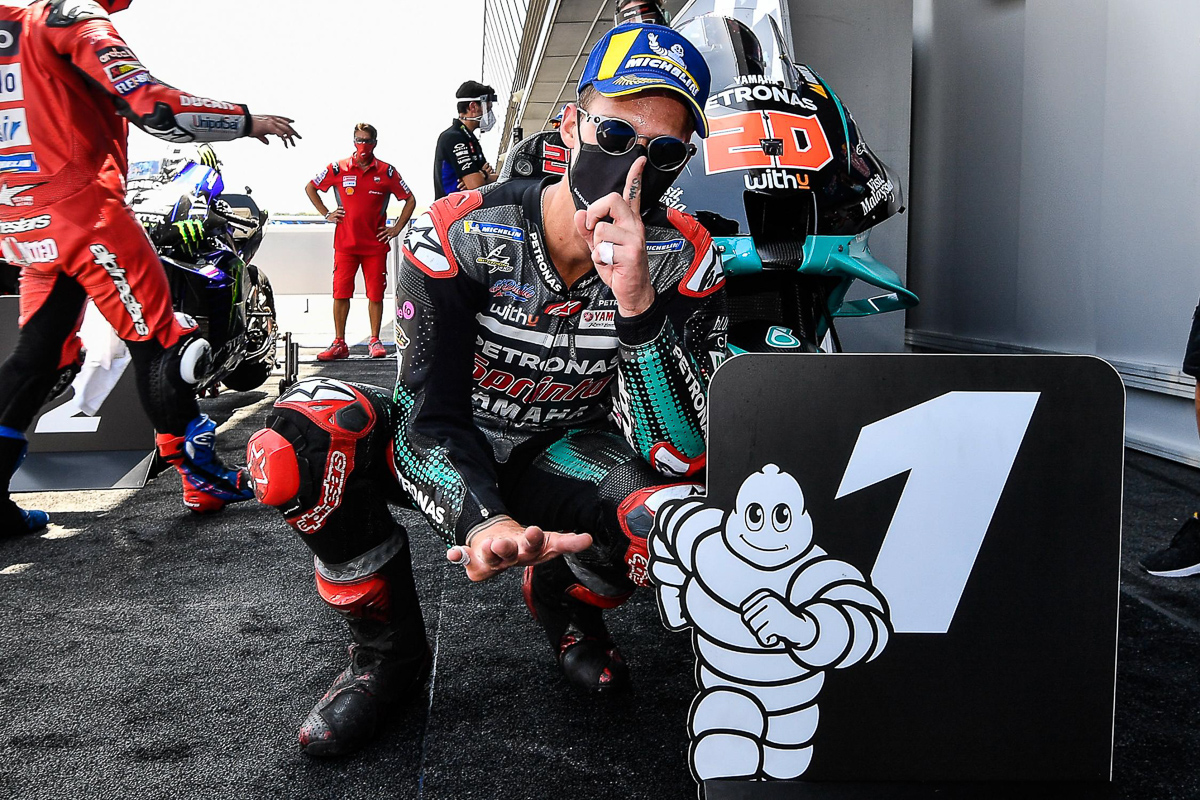 Riding the new factory-spec Yamaha M1, it wasn’t actually a good start for the weekend for the young Frenchman. From starting late in FP1 due to a penalty to handling issues with his new machinery, Fabio Quartararo persevered by Qualifying and showed the world why he’s the guy to beat this season.

He presented a textbook performance throughout the race but at the beginning, it was Maverick Vinales (Monster Energy Yamaha MotoGP) and Marc Marquez (Repsol Honda) who were battling it out. Vinales had issues with a wrong choice of front tyre while Marquez pushed beyond his limits, which resulted in him almost crashing out in the early parts of the race. 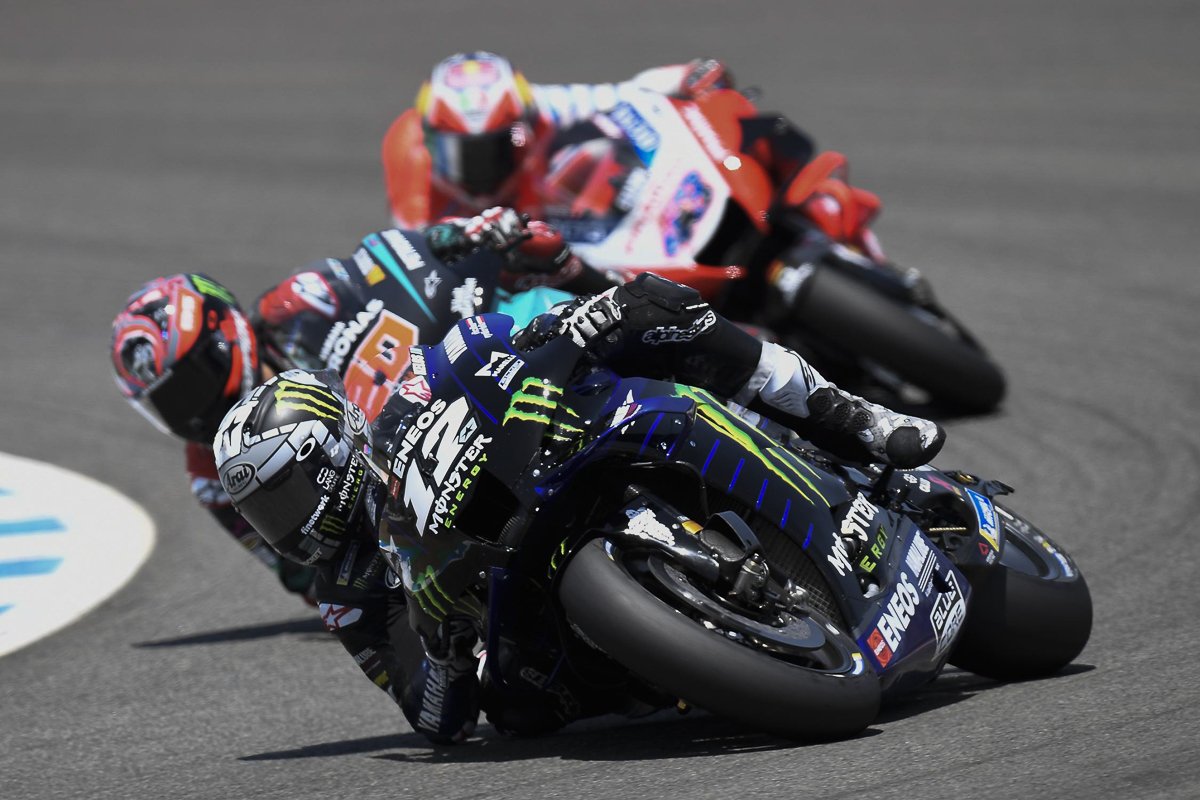 Down to the back of the pack, Marquez then offered one of the best racing efforts in MotoGP’s history, climbing back up from P16 all the way up to podium contention in less than 10 laps. Battling for third position this time with Vinales, Marquez suffered a major high side at Turn 3 which saw him out of the race and a fractured right humerus.

😱 @marcmarquez93 will undergo surgery after this horrendous crash at Jerez!

We wish the world champion the very best in his recovery! 💪#SpanishGP 🇪🇸 pic.twitter.com/BOSmDo7dfG

At the chequered flag, it was a sea of emotions for Quartararo who crossed the finished line first, followed by Vinales, and surprisingly, Andrea Dovizioso (Ducati Team) who actually broke his collarbone just three weeks ago. 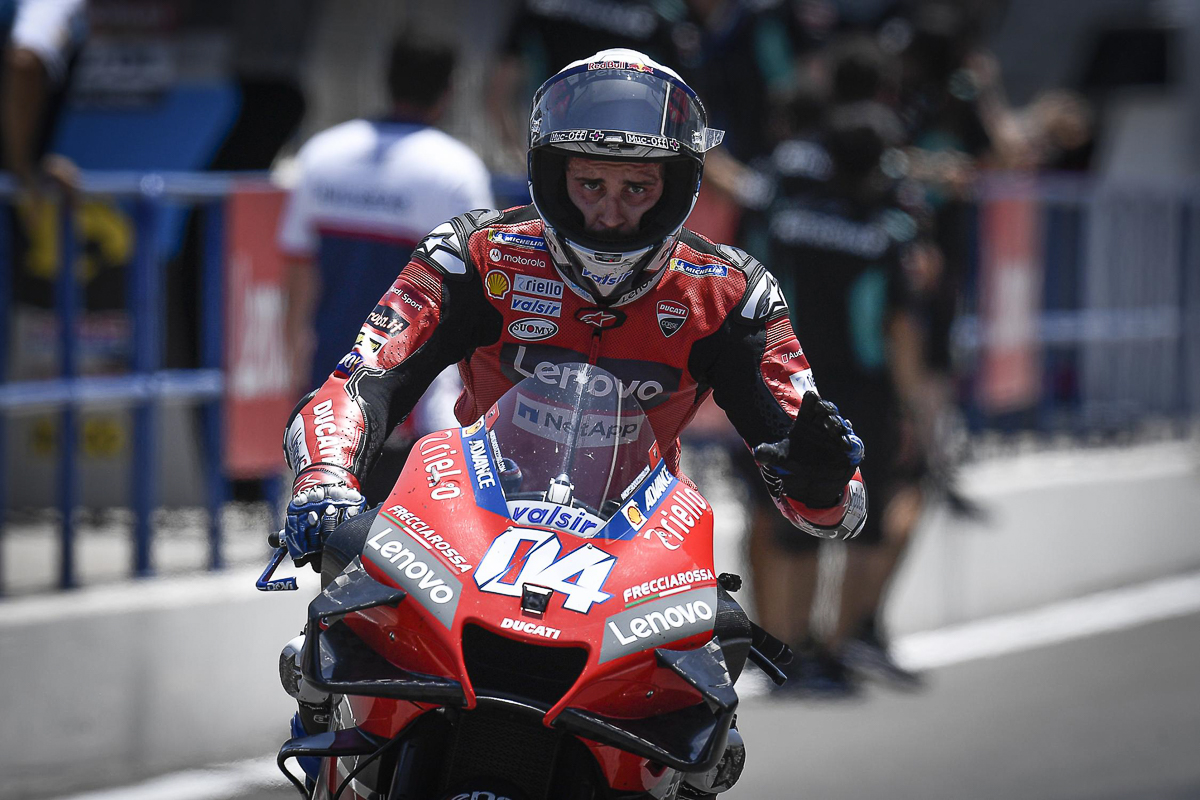 The MotoGP circus remains in Jerez for the Gran Premio Red Bull de Andalucía this weekend (24-26 July 2020). With Marquez and Alex Rins (Team Suzuki Ecstar) possibly sitting out of that race also, everyone else will be taking the advantage to soar ahead of the championship with some crucial points.