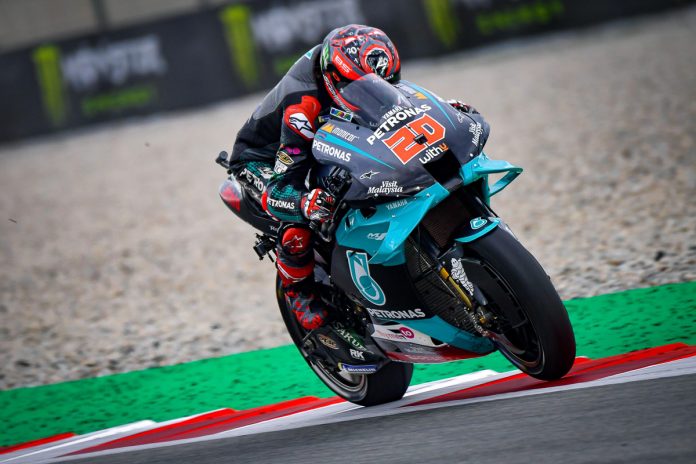 After a month of hardship, Fabio Quartararo (Petronas Yamaha SRT) is back on the highest step of the MotoGP podium after crossing the chequered flag first at the Catalan GP. With this win, he’s once again in the lead of the 2020 championship title chase with a total of 108 points. 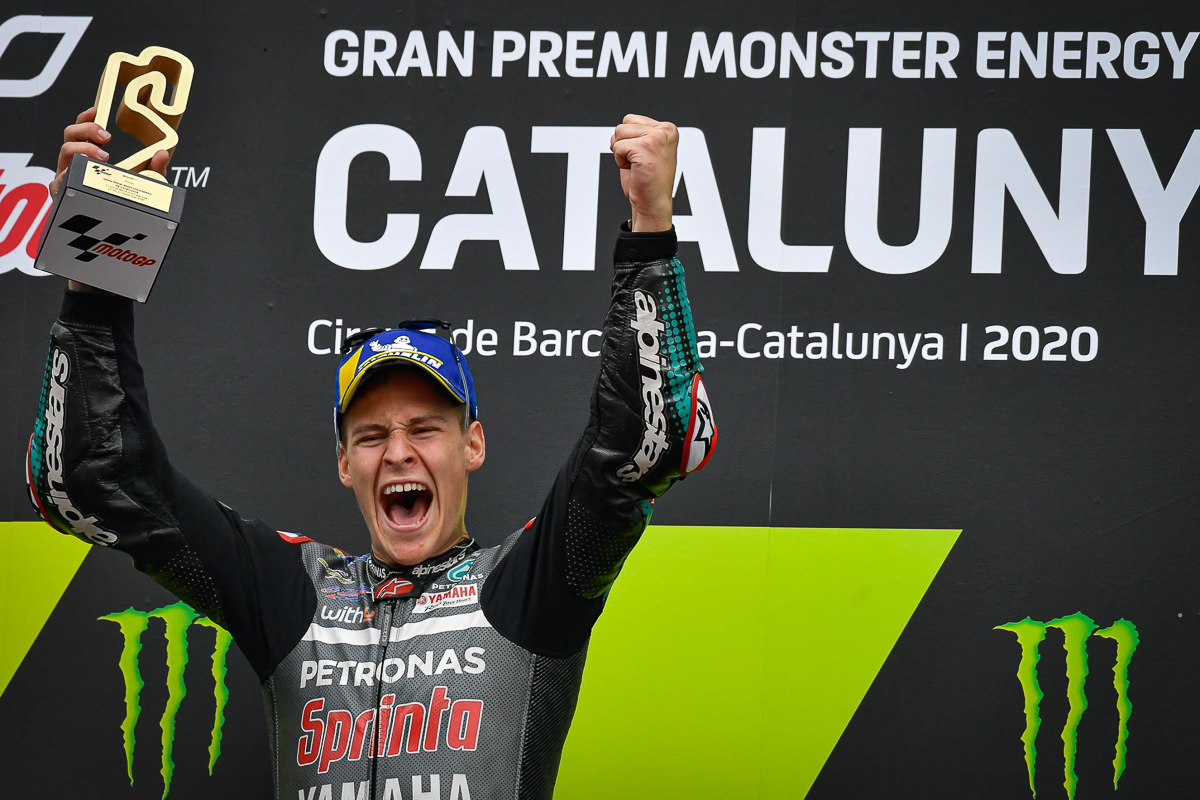 It wasn’t an easy race for a lot of riders, especially Ducati’s Andrea Dovizioso. Unfortunately, he was taken out going into the second corner of the very first lap after Johann Zarco (Esponsorama Racing) lost control of his Ducati Desmosedici GP in reaction to Danilo Petrucci almost losing control of his. 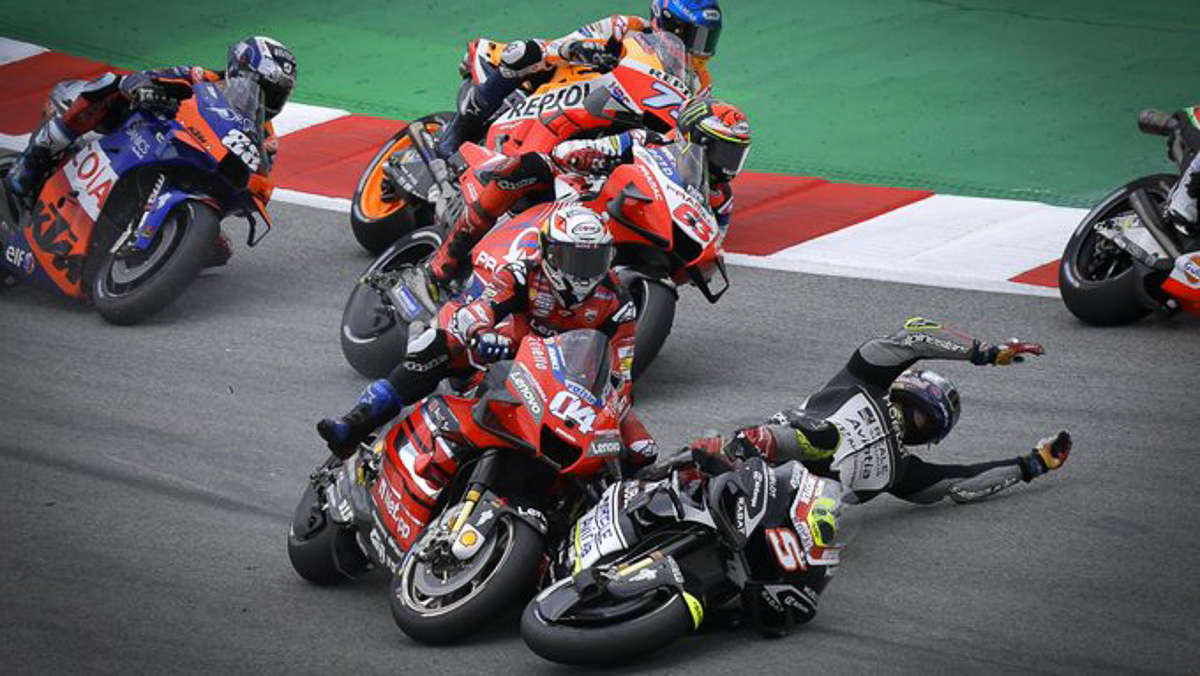 Joan Mir (Team Suzuki Ecstar) scored his third successive podium finish in MotoGP, which puts him comfortably in second place for the championship crown with only 8 points separating him and Quartararo. A strong pace at the very last laps saw him surging past Franco Morbidelli and that was soon followed by the second Suzuki rider, Alex Rins. 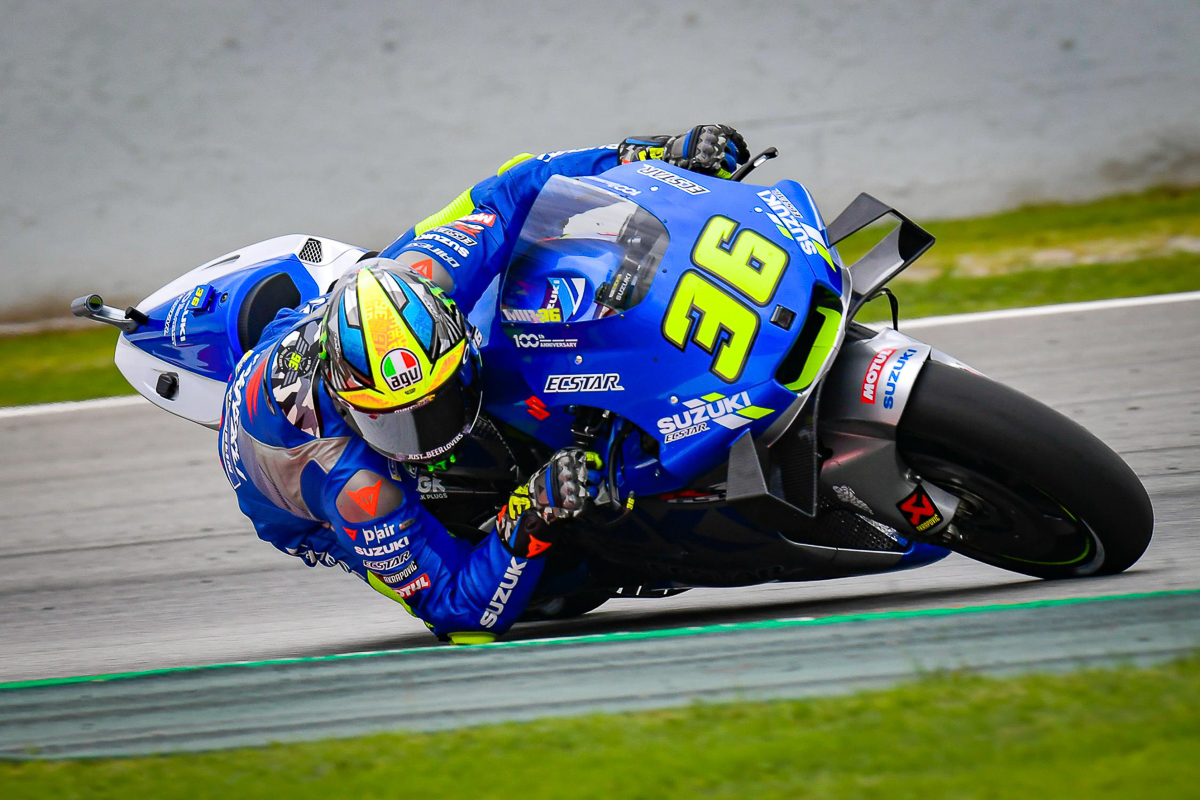 This is a historic finish for the Hamamatsu manufacturer as this is the first time they’ve experienced a double podium finish since 2007. Franco Morbidelli wasn’t able to fend off the forwarding Suzuki GSX-RRs, but was happy to concede in fourth position.

After a long and tiring triple-header, the MotoGP paddock will have a nice short break before the next round in Le Mans, France which is set to take place from 9-11 October 2020. Six rounds remain in the 2020 MotoGP championship, folks!