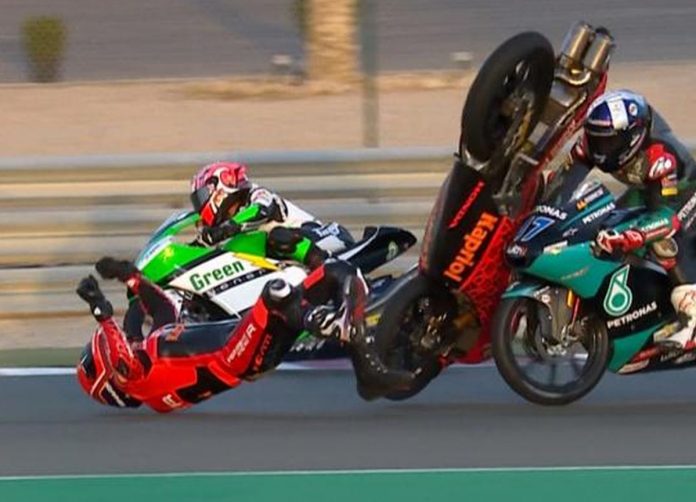 It was one of the most thrilling Moto3 race over the last few years, which saw 16-year-old KTM Ajo rider, Pedro Costa won his maiden victory in Qatar last Sunday.

However, the race was stained by a fight between John McPhee and Jeremy Alcoba.

The Petronas Sprinta and Gresini rider were a part of the lead group in Sunday thrilling encounter at Losail before they both involved in an accident at Turn 1 at the start of Lap 15.

Alcoba ran into Darryn Binder rear tyre and crashed out before the bike flicked and hit McPhee’s head and took out the rider from his machine.

McPhee, who endured the same fate a week before, lashed out at Alcoba in the gravel trap and managed to land a kick, with the latter also retaliated. 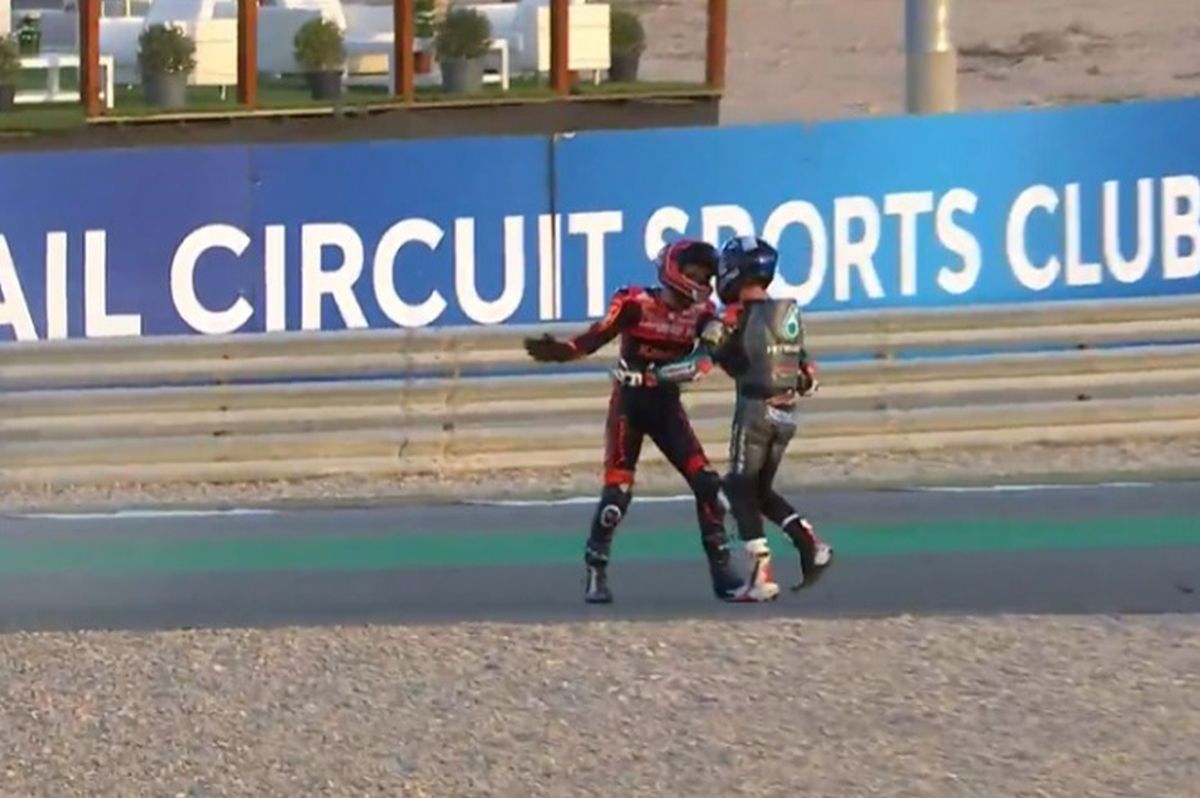 McPhee later issued an apology for the incident.

“I let my emotions get the better of me in Qatar, having been taken down for the second week in succession as a consequence of another rider’s mistake.

“I must apologise for my conduct – I didn’t react well to the incident.

“It is an adrenaline-fuelled sport, with obvious inherent danger; having a competitor’s bike strike my head triggered an out-of-character response, and I’d like to apologise to the fans, my team, Petronas and our partners.

“I accept the penalty and will move onto Portimao focused on the task at hand,” he explained.

Both of the riders were hit with EUR1000 fines for their behaviour and will start the Portuguese GP from the pitlane.

Alcoba will start 5s after the rest of the pack while McPhee is forced to wait for 10s before setting off.