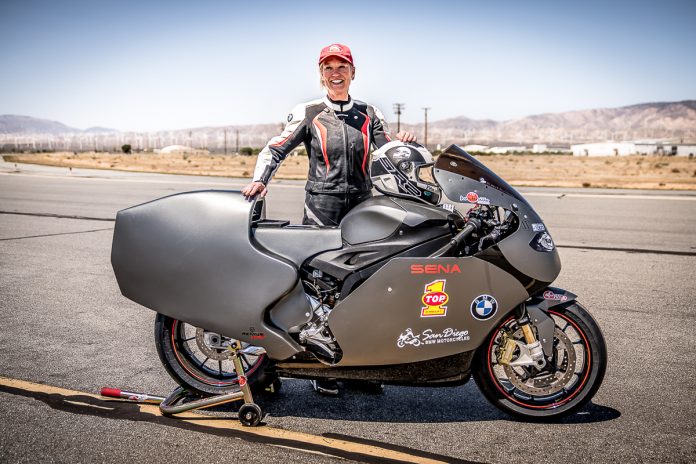 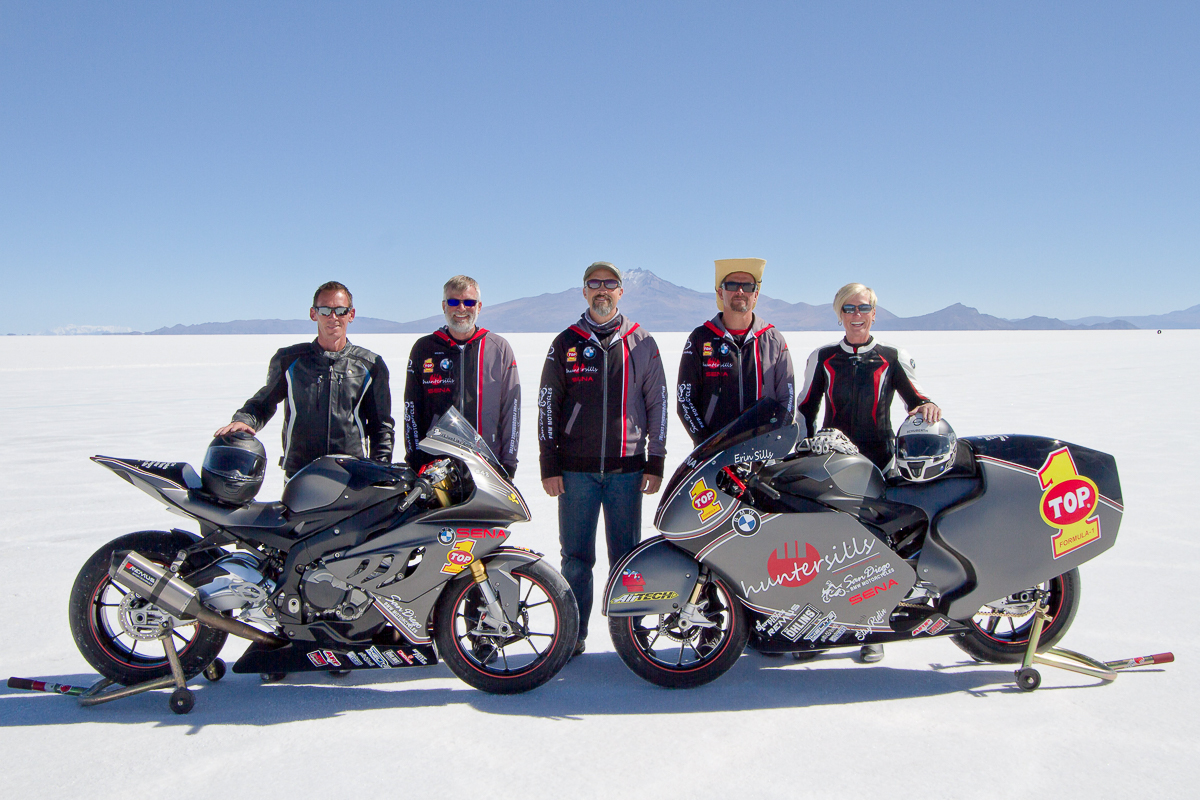 The BMW S 1000 RR is considered by many as one of the best superbikes in its class. With a cult-like following all around the world, the German crotch rocket can blast down front straights and carve through corners like butter. However, there is one particular machine out there which has gained one hell of a title; the World’s Fastest BMW Motorcycle. 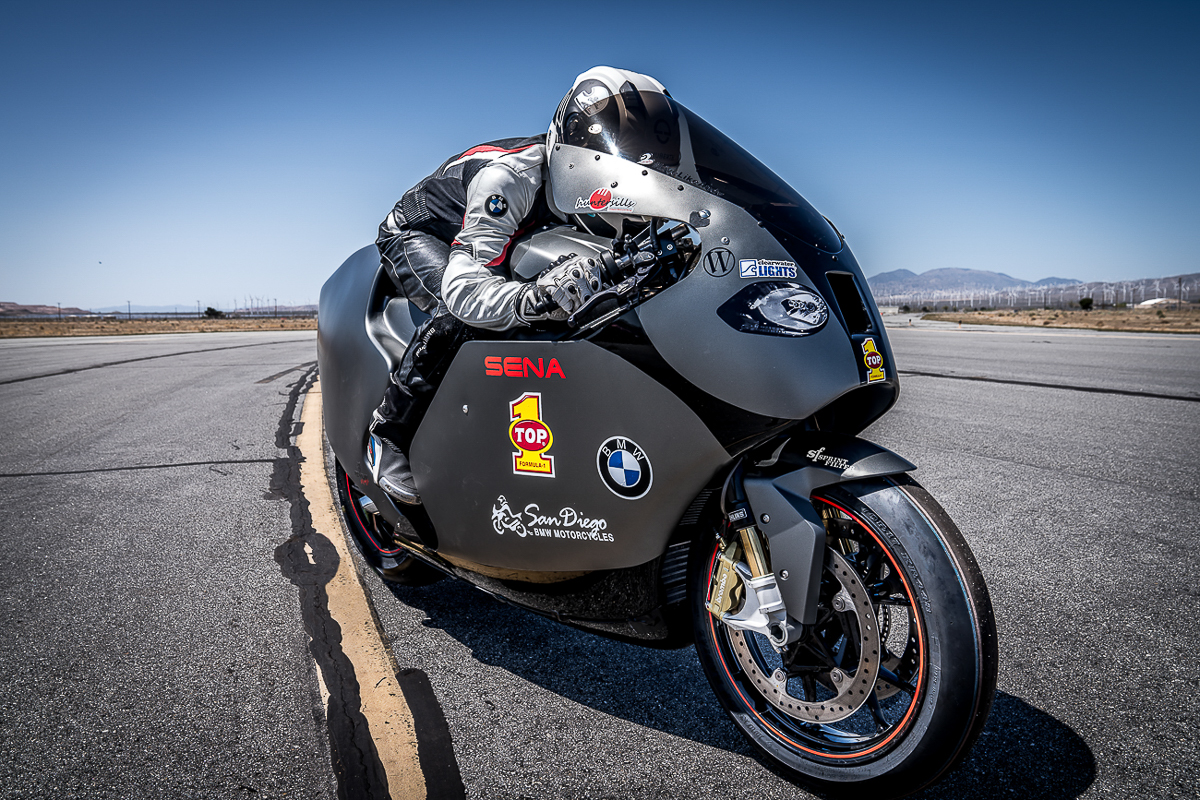 The folks from Hunter Sills Racing (HSR) together with TOP 1 Oils and San Diego BMW Motorcycles hailing from the United States of America have gained another world speed record under their belts. The most recent was at the Cook’s Top Oil Land Speed Shootout held a couple of weeks back at the Uyuni Salt Flats in Bolivia where they entered their BMW S 1000 RR in the partially streamlined class. 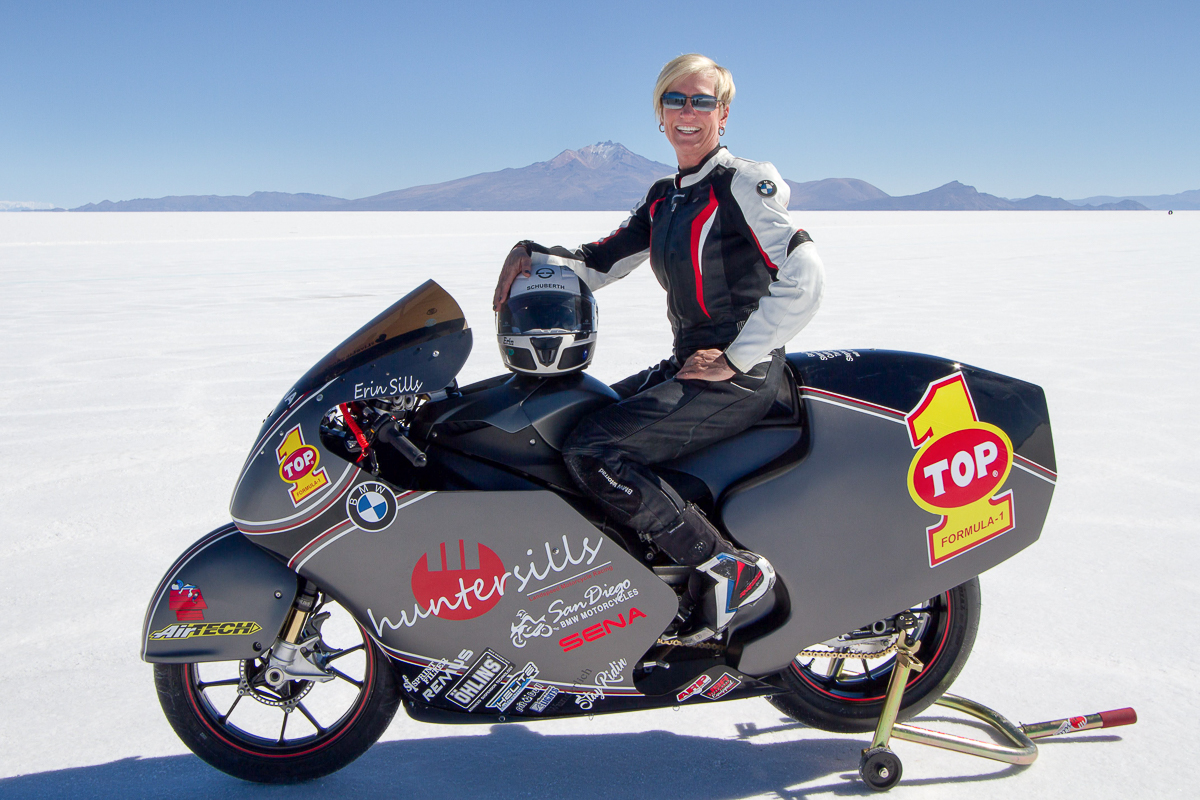 The HSR team together with their naturally-aspirated BMW S 1000 RR set a new FIM world record when they clocked in at 229.266mph or 369km/h as the official speed.  This is a bit off the top speed clocked by their rider Erin Sills in her first pass which was at 237mph (381km/h) but in order for the record to stick, they had to replicate the speed in a second run within the allocated time. 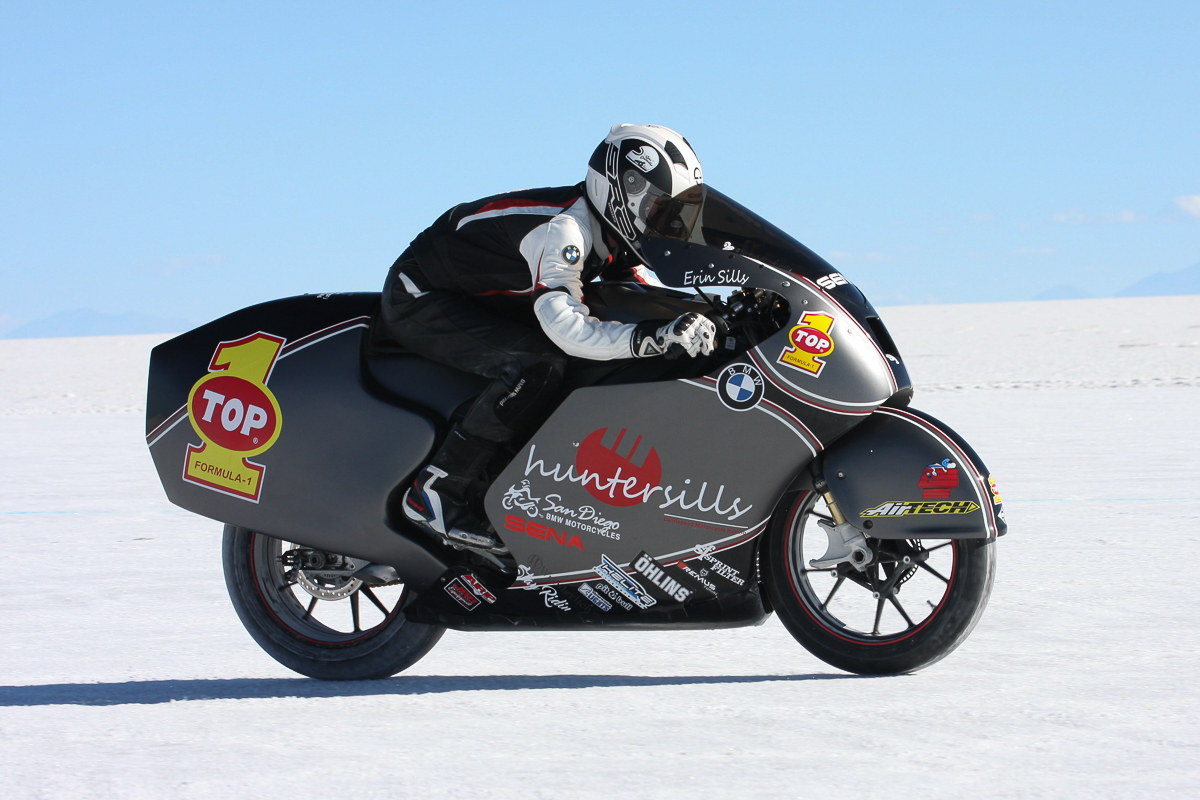 The team, however, faced multiple issues from electrical nitrous system failure to a blown engine in their new world record attempt. The electrical gremlins affected their second run and they had to repeat the entire process. They managed to fix the BMW S 1000 RR just in time to qualify and backup run at 229mph (369km/h) which is now the new world record for the 1000cc naturally aspirated 4-cylinder partially streamlined category.

Hunter Sills Racing is a regular at land speed record events and one thing is for sure, they’ll be back again to raise the bar yet again with their BMW S 1000 RR record-holder aka “The World’s Fastest BMW Motorcycle”.