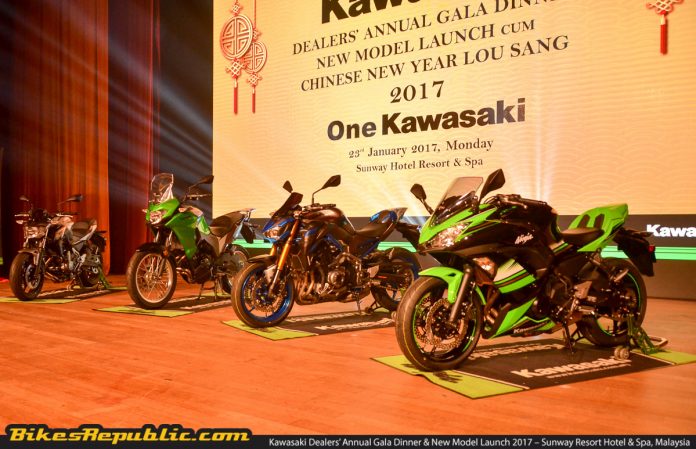 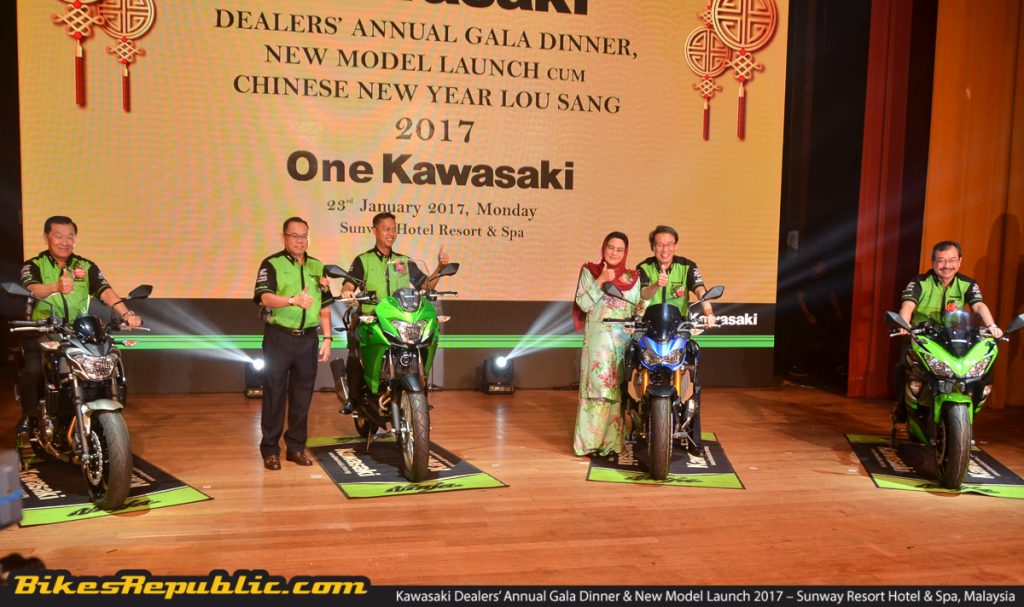 During the Kawasaki Dealers’ Annual Gala Dinner earlier this evening, Kawasaki Motors (Malaysia) Sdn Bhd took the opportunity to launch a total of four new bikes into the local market for 2017. These bikes are none other than the Versys –X 250, Ninja 650 ABS, Z650 ABS and finally the Z900 ABS. 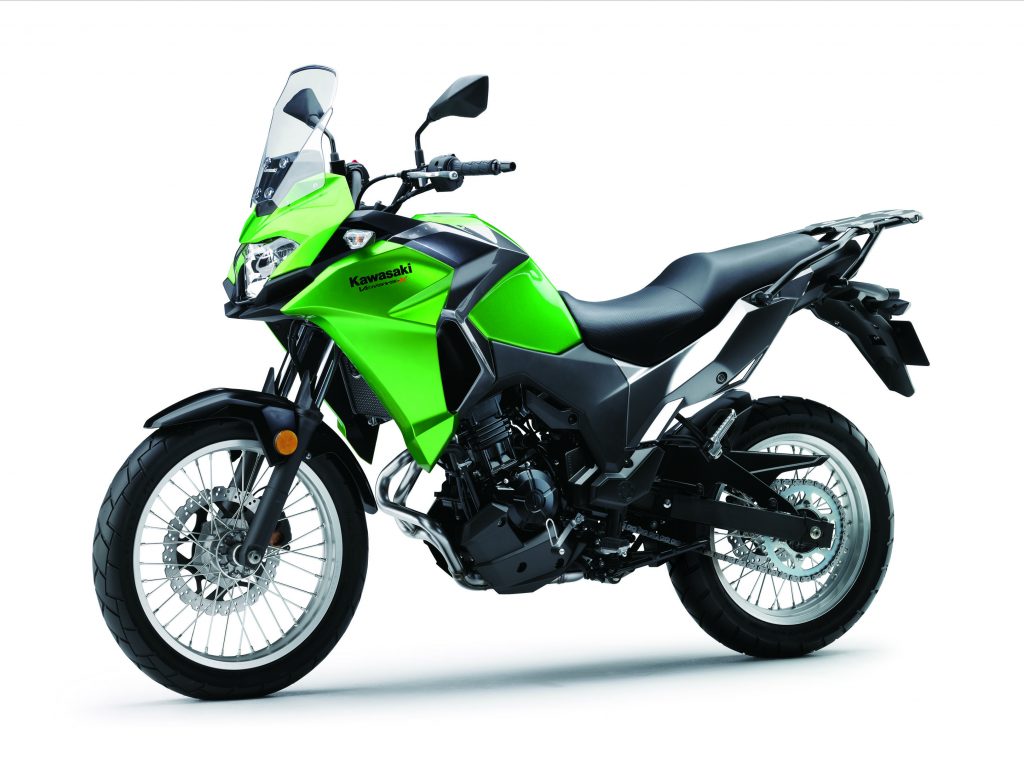 The market for adventure bikes is getting more popular than ever and the all-new Versys-X 250 caters to the adventurers at an affordable package. Powered by a 249cc parallel twin engine, the bike’s main focus is more torque at lower rpm paired with high maneuverability. 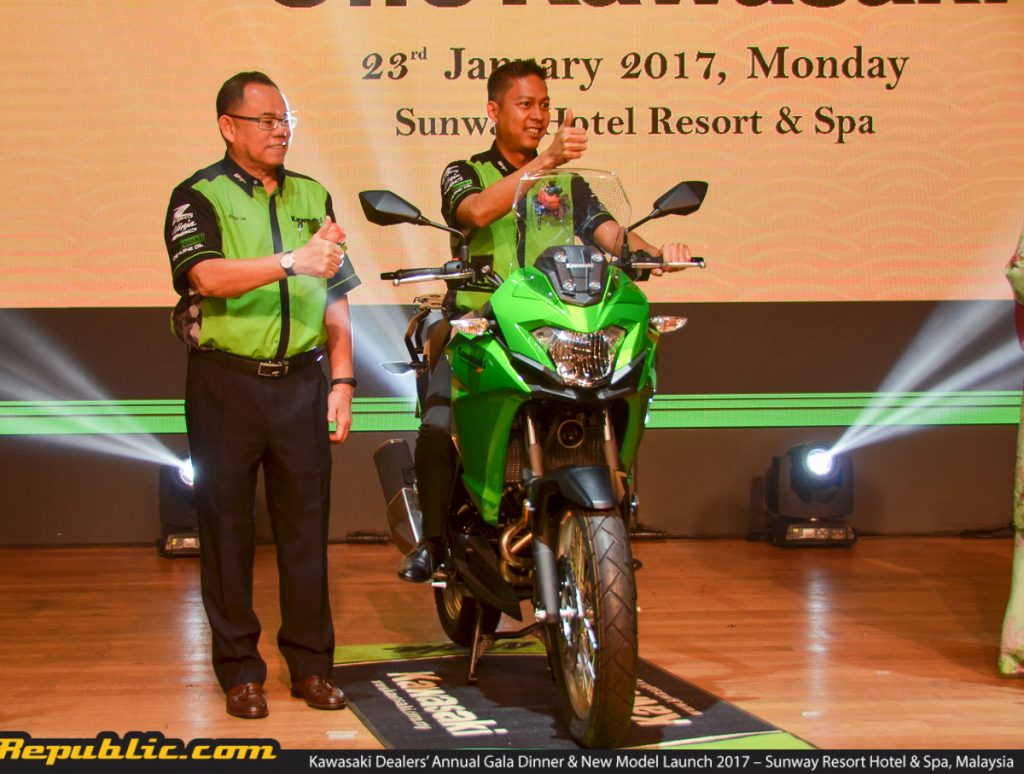 The main highlight of the all-new Versys-X 250 is definitely the off-road looks. The large bodywork and adventure styling fairings give a façade of a big bike like its bigger siblings, the Versys 650 and 1000. Equipped with a rigid backbone frame and long travelled suspension, it is designed to go where the adventure takes you. 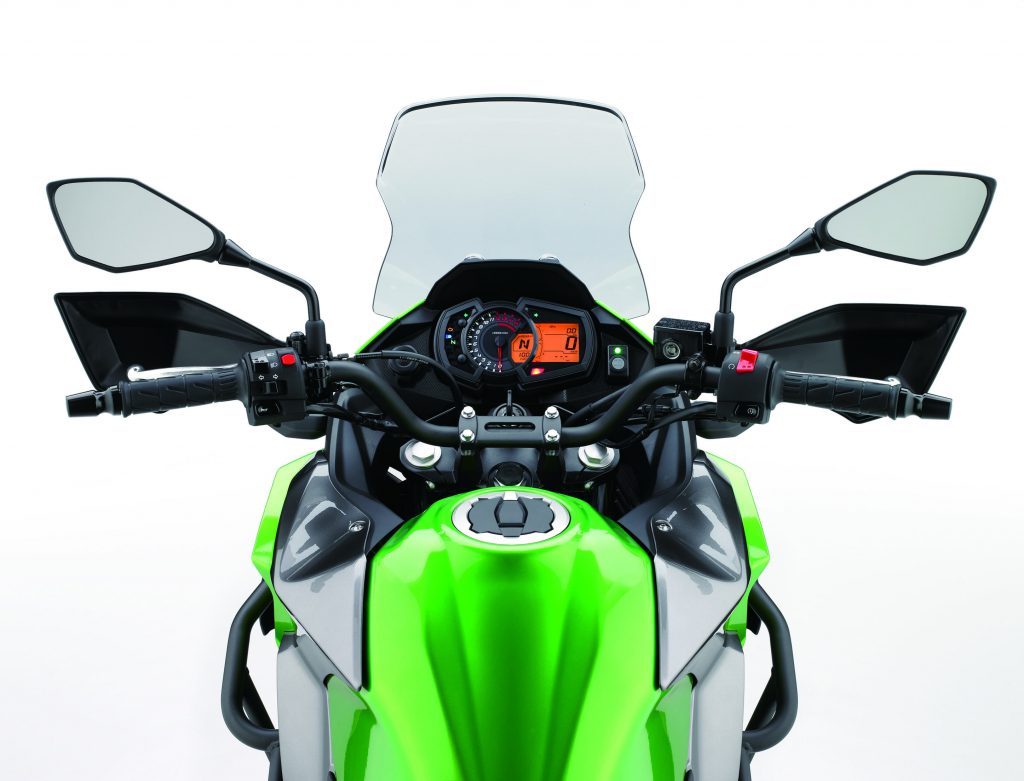 Another addition that has been adapted from the bigger bikes are the Assist and Slipper Clutch where two different types of cams come into play in whatever situation it’s put into. The Versys-X 250 also comes with dual throttle valves for smoother airflow and better combustion efficiency. This is turn makes the Versys-X great at fuel efficiency as indicated by its Economical Riding indicator on its multi function LCD screen. 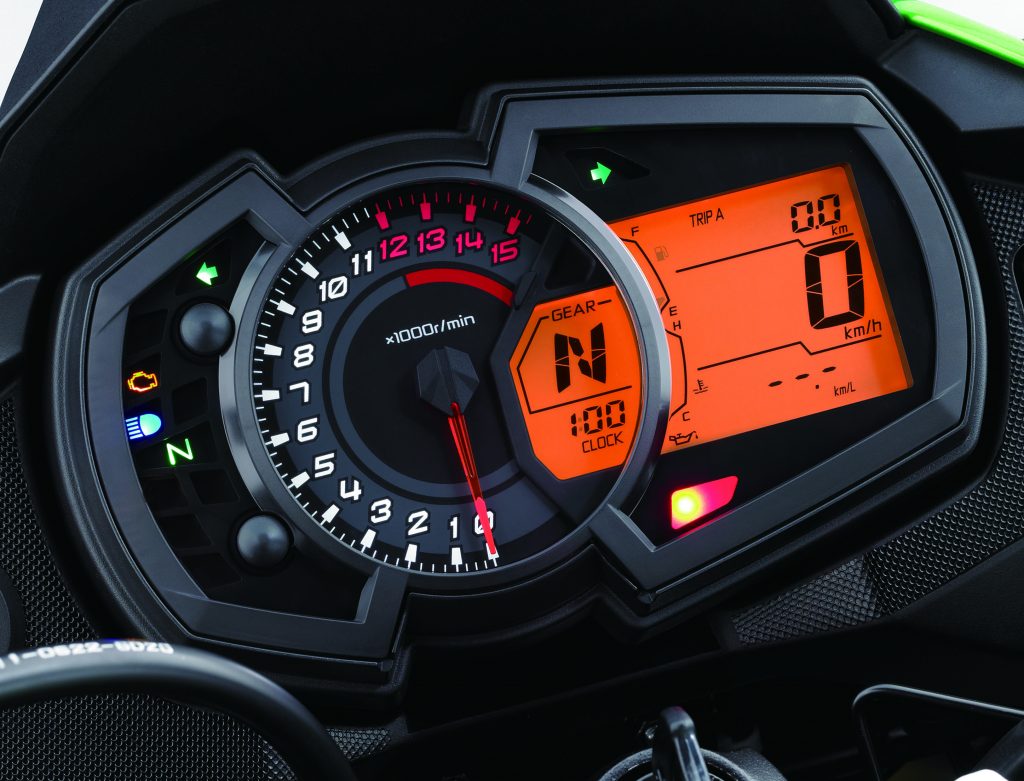 There’s no final pricing yet but what Kawasaki Motors Malaysia is offering is a price lower than RM25,000 (price inclusive of GST). The Versys-X 250 will be available in the Lime Green colour. The bike will be available later in the year. 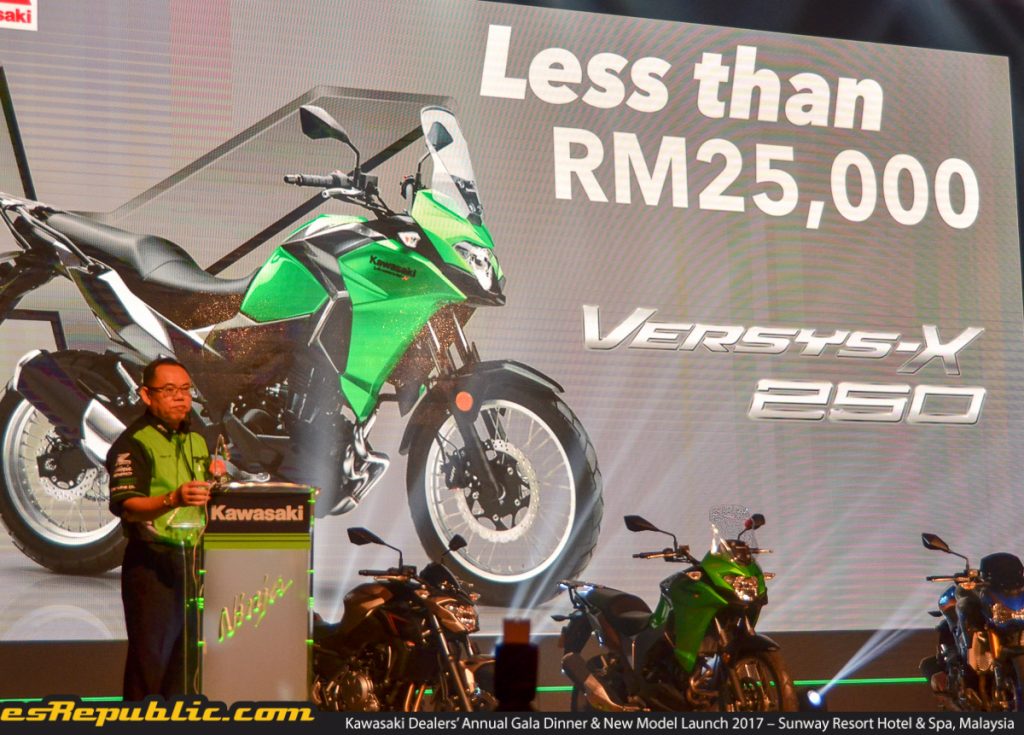 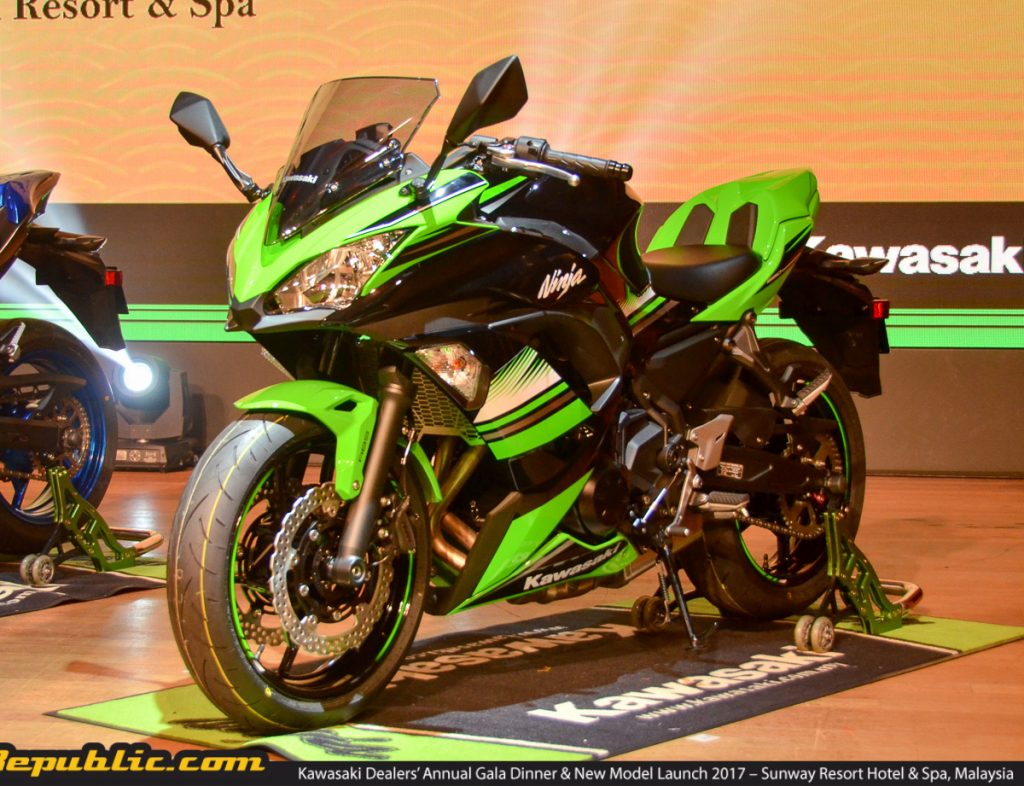 The Ninja 650 ABS is brand new bike from the ground up that is considered as the replacement for the outgoing ER6F. A true addition to the Ninja range, the new 650 is as aggressive and modern as the other Ninjas in the range. 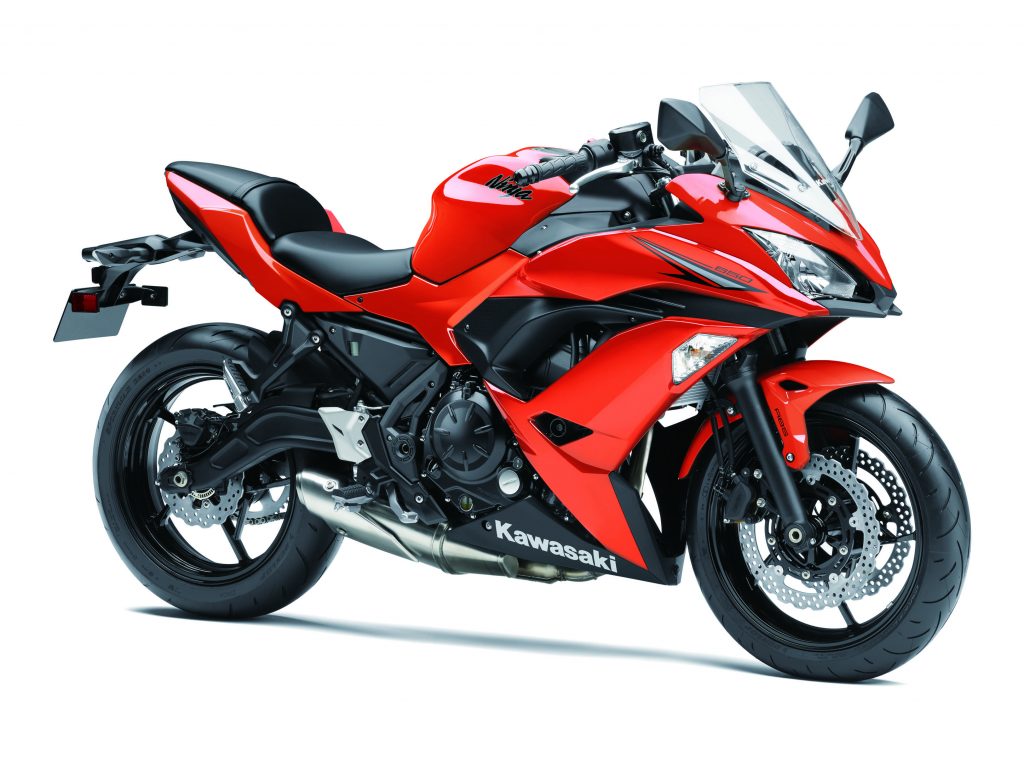 The Ninja 650 ABS comes with a brand new parallel twin, liquid-cooled, DOHC, 8-valve 649cc engine that offers not only great low to mid range power but also excellent fuel economy. As many of the middleweights in the market today, it serves as the perfect platform for new riders to bigger displacement bikes with its ability to control its power to be rider-friendly. 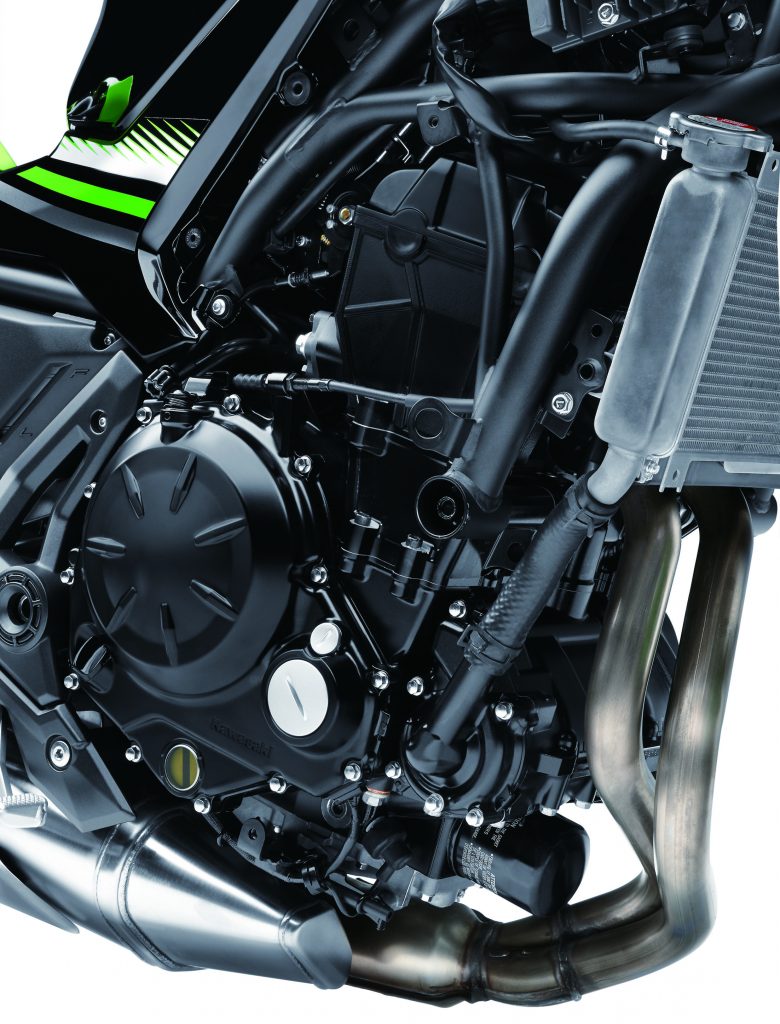 Another main highlight of the new Ninja 650 is its lightweight high-tensile steel trellis frame that is designed to spread out the stress evenly and maintain a bike with ultra light handling capabilities. The 41mm telescopic fork and horizontal back-link rear suspension is connected at a lower position for better centre of gravity. 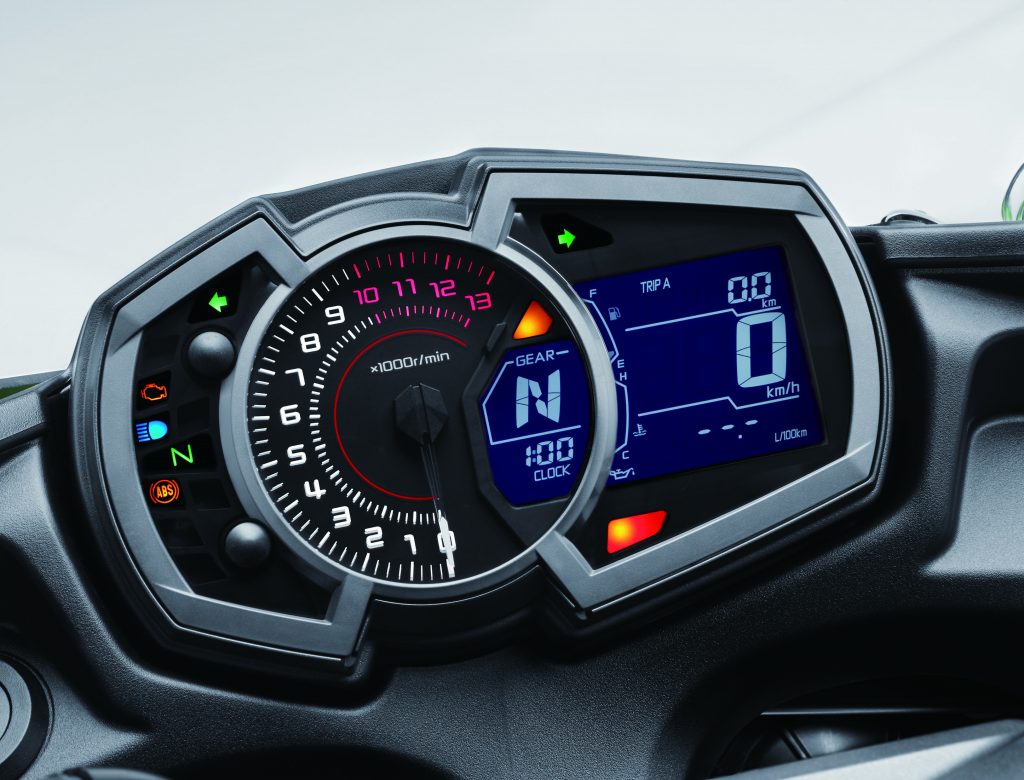 Like the Versys-X 250, the Ninja 650 also comes with Assist and Slipper Clutch as well. Not only is it sporty but it is also will perform superbly well for a middleweight sports machine. The Ninja 650 will be priced less than RM38,000 (inclusive of GST) and it will come in two different colours; Lime Green and Orange. 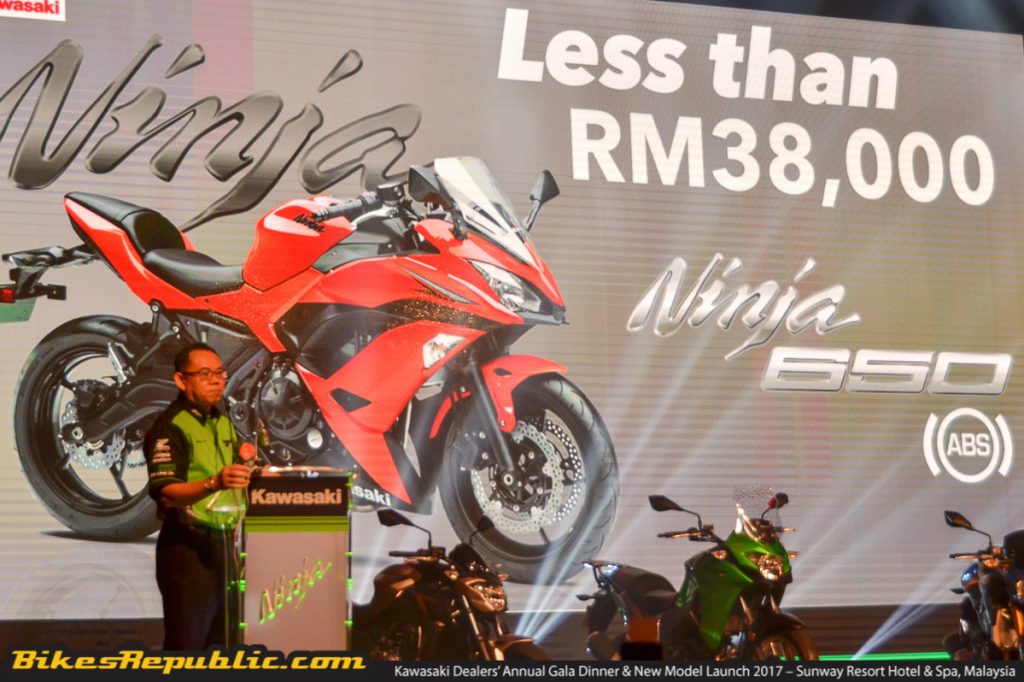 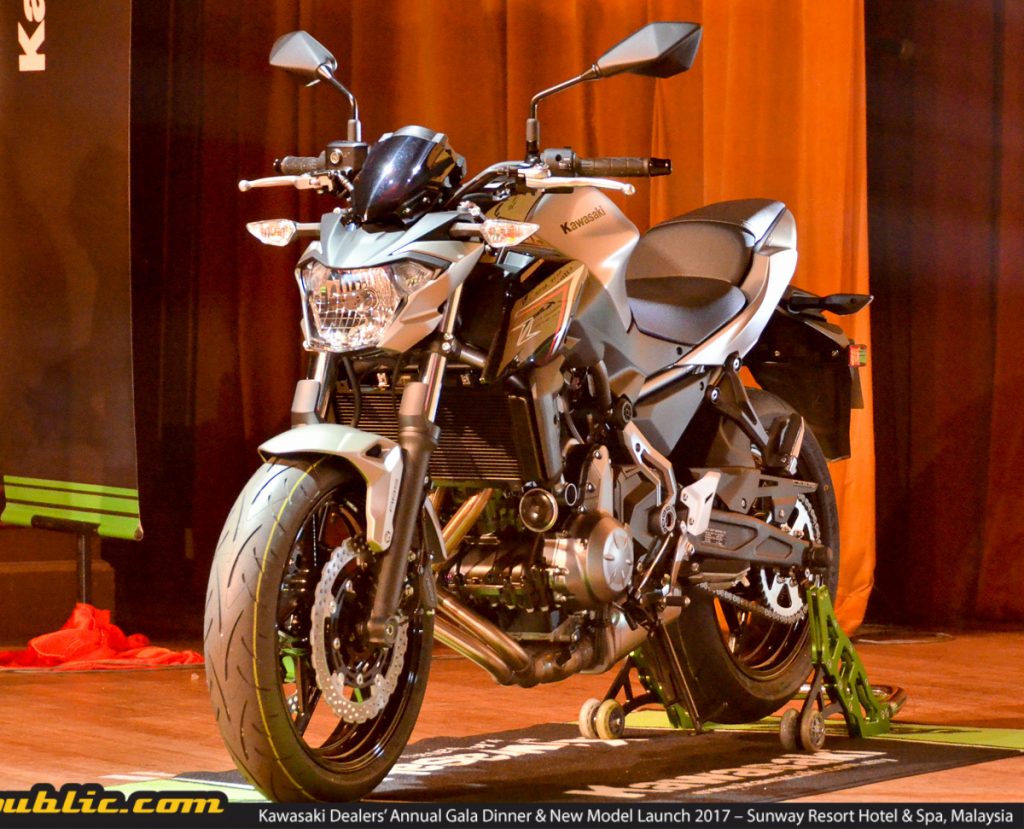 The Z650 ABS has been introduced with the purpose of replacing its older generation, the ER6N. What the new Z650 promises is a compact middleweight naked bike package with superior handling and maneuverability. The overall design has been updated to be sleeker lines than ever instead of the usual aggressive façade commonly associated with the other Z variants in the current line-up. 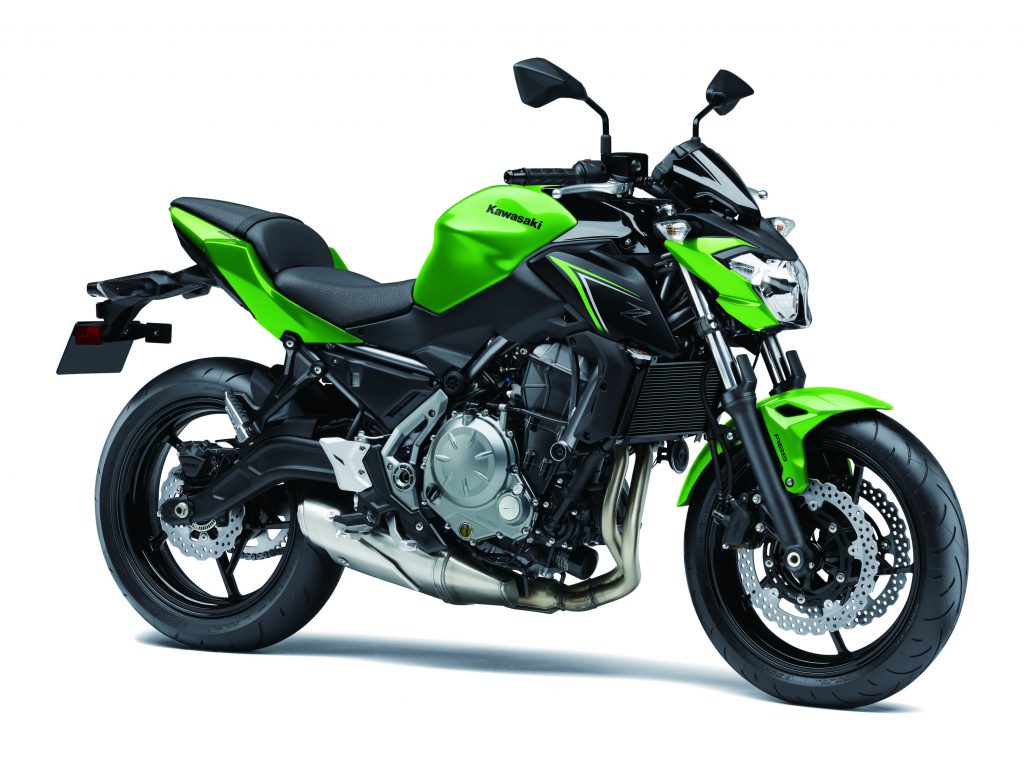 Packed with a 649cc parallel twin engine, the Z650 offers smooth but strong acceleration but also easy to manage in terms of power and handling as well. The agility of this supernaked styling comes from Kawasaki’s ‘sugomi’ design element that packs everything into a slim but aggressive stance resembling a crouching panther before pouncing on its prey. 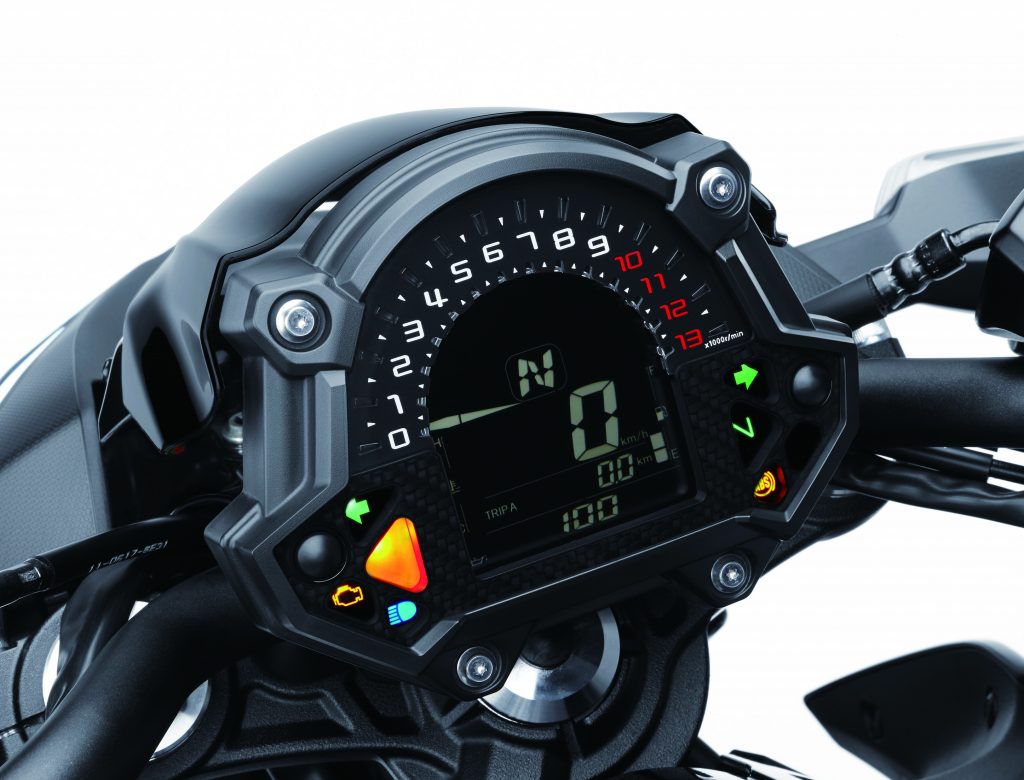 Like the Ninja 650, the Z650 also comes with ABS, Assist and Slipper clutch and a multi-function LCD screen. Unlike the Ninja 650, the Z650 comes with a flat handlebar for a more relaxed riding position while still maintaining some sporty essence in the mix. Combined with a ride height of 790mm, it caters to riders with a wide range of heights giving good riding confidence. 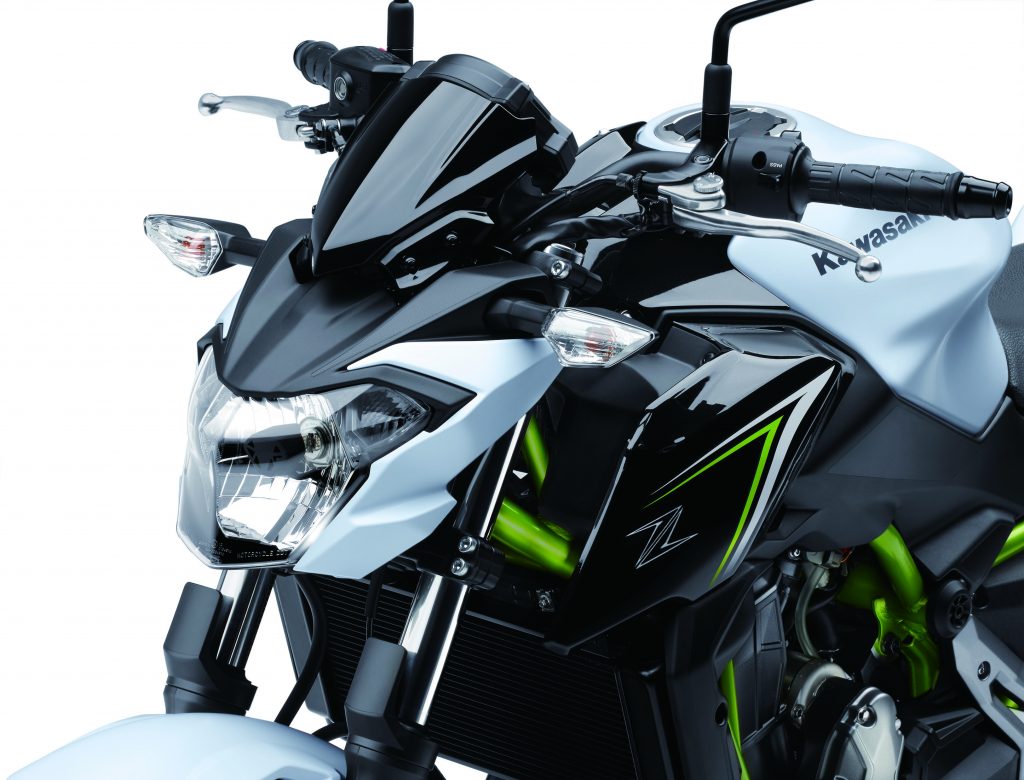 The Z650 will be available in Lime Green and Titanium at a price lower than RM37,000 (inclusive of GST) sometime in April this year. 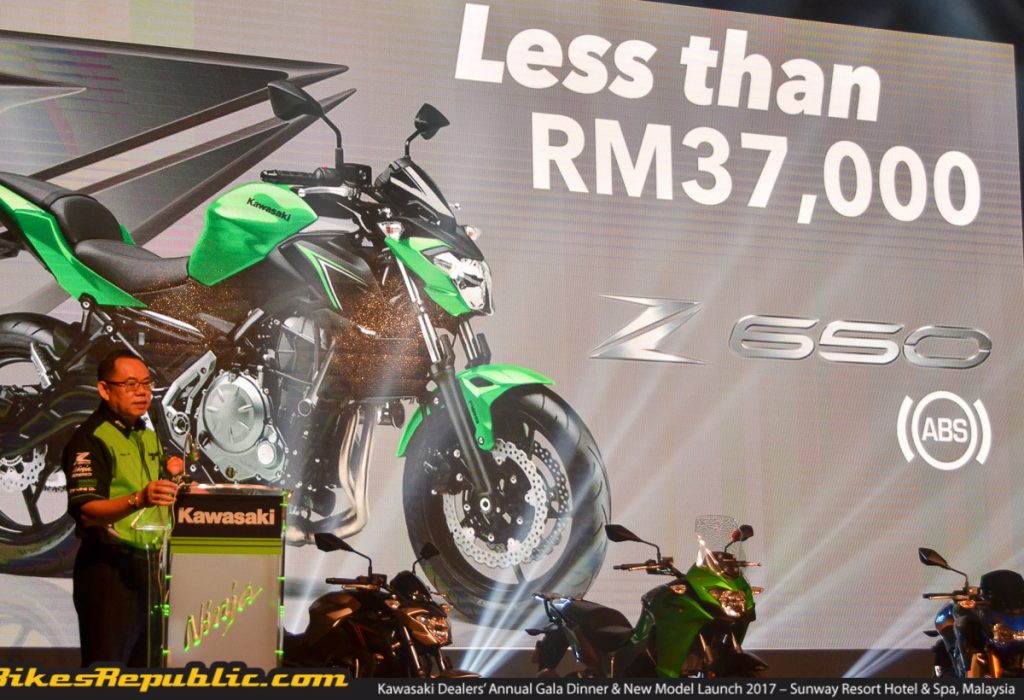 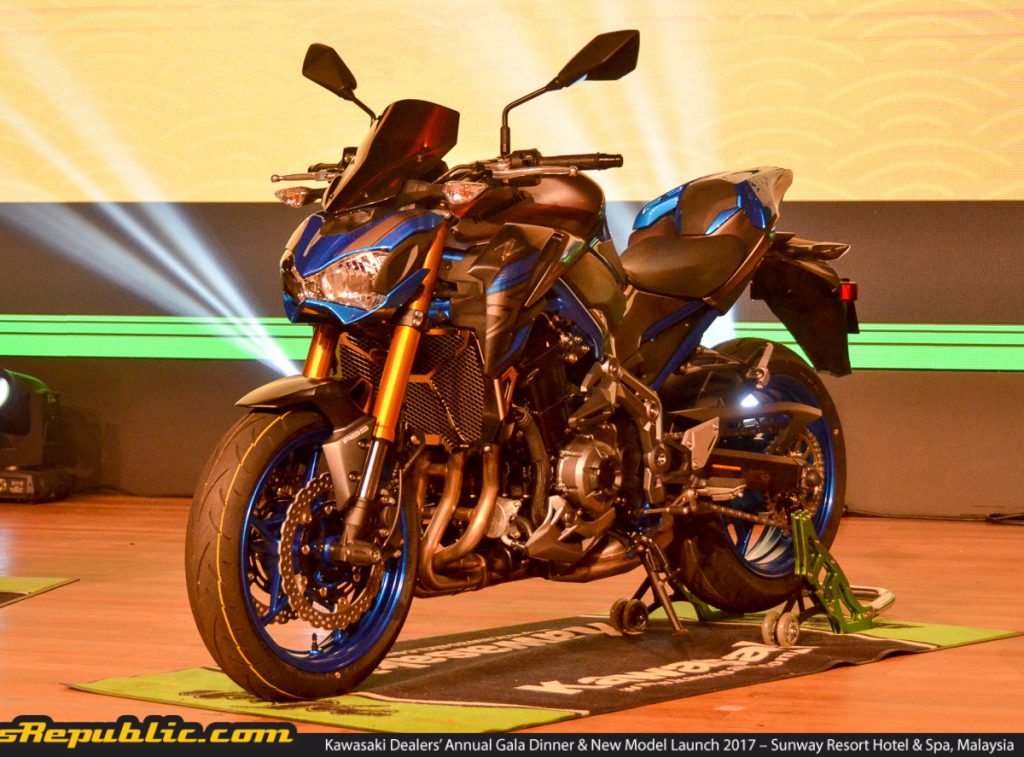 The final addition to the four-bike launch is none other than the highly anticipated Z900 ABS. Similar to most of the Z Supernaked family, the Z900 is all about the aggressiveness and sugomi element that resembles a crouching panther ready to strike. Kawasaki definitely retained to the uncanny characteristic of the Z bikes line up. 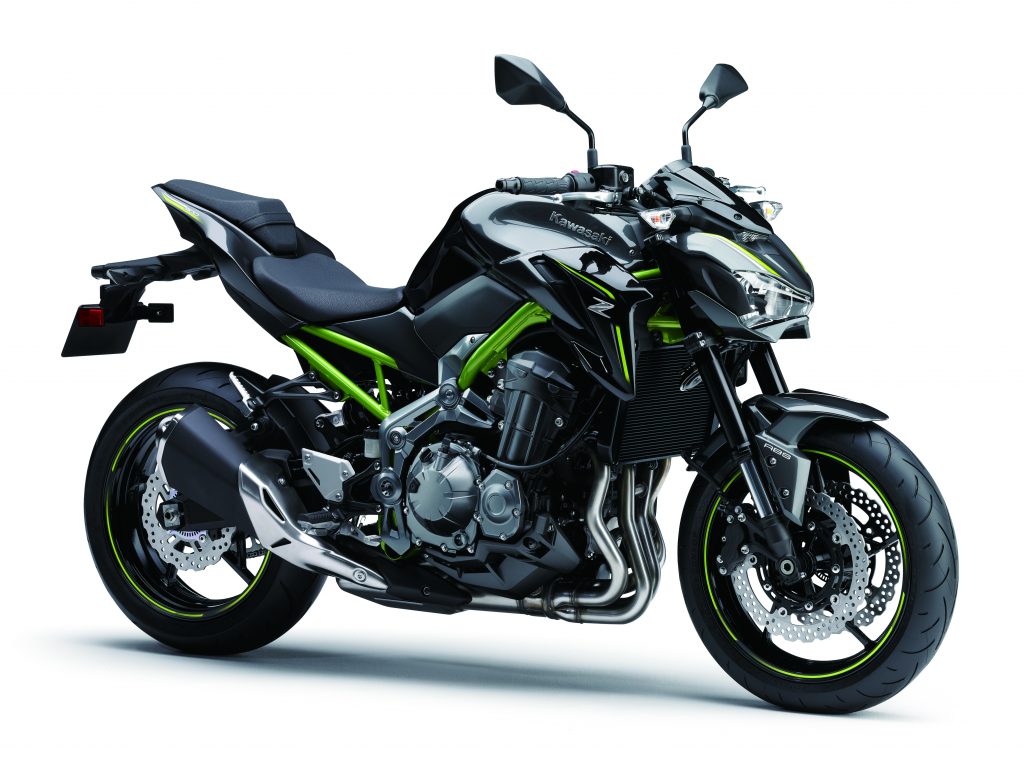 The Z900 ABS is all about raw power and maximum riding experience. The 948cc liquid-cooled 4 stroke inline-four engine packs a powerful punch with its quick-revving characteristics that offers no compromise when it comes to raw power. Kawasaki has taken a step further in increasing the riding experience by redesigning the airbox for a more satisfying intake sound. The soundtrack will definitely turn a few heads in excitement. 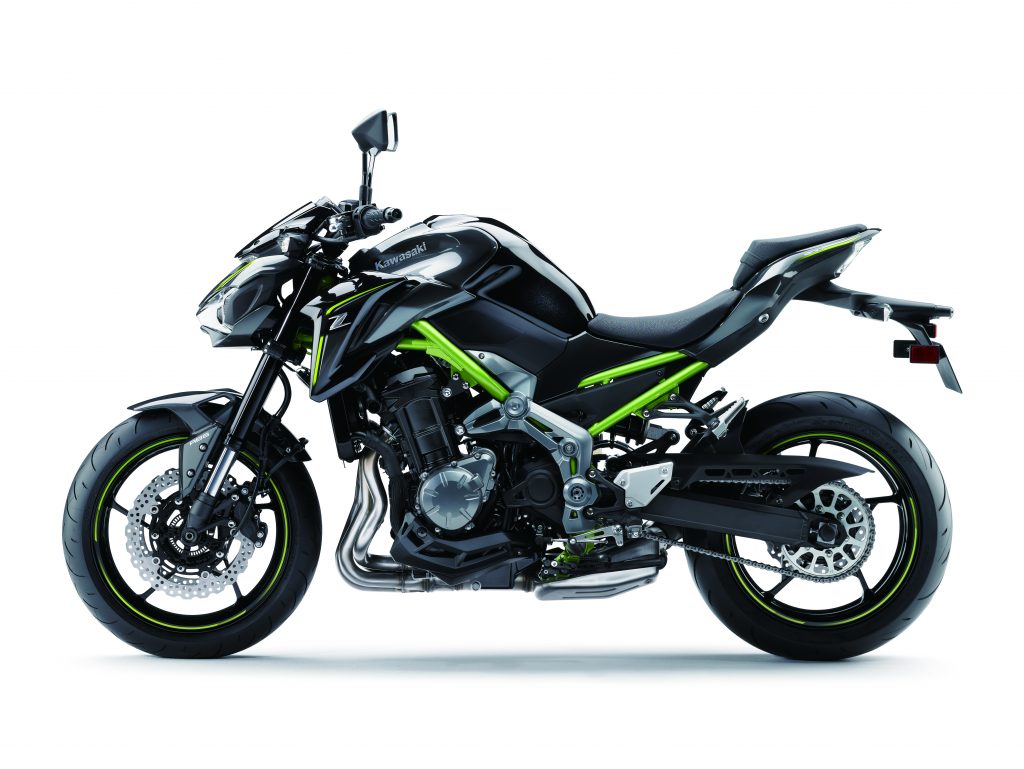 The all-new lightweight Trellis frame is only 13.5kg giving the Z900 a light and nimble handling even for Supernaked bike. Stopping power comes courtesy of the dual front 300mm discs with four piston calipers and a 250mm petal disc at the brake for absolute stopping power. The braking package also includes a European standard Nissin motorcycle ABS unit for added safety. 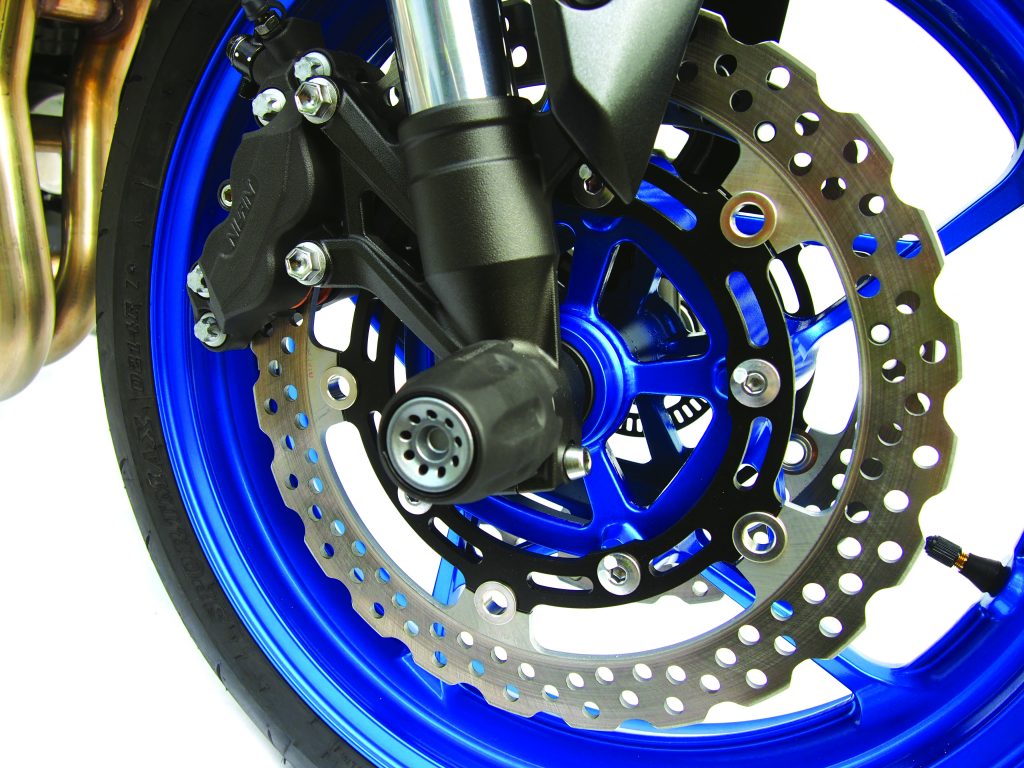 The new Z900 also comes with Assist and Slipper clutch, LCD screen with analogue tachometer together with a shift-up indicator adding more fun in the overall riding experience. The Z900 will come is Gray and Blue (Special Edition colour) at a price of less than RM58,000 (inclusive of GST). To those who are interested in the Special Edition Z900, it comes with special graphics, single seat cover, meter cover, DC outlet, radiator screen, sliders, engine cover rings, front axle sliders, tank pad and knee pads. 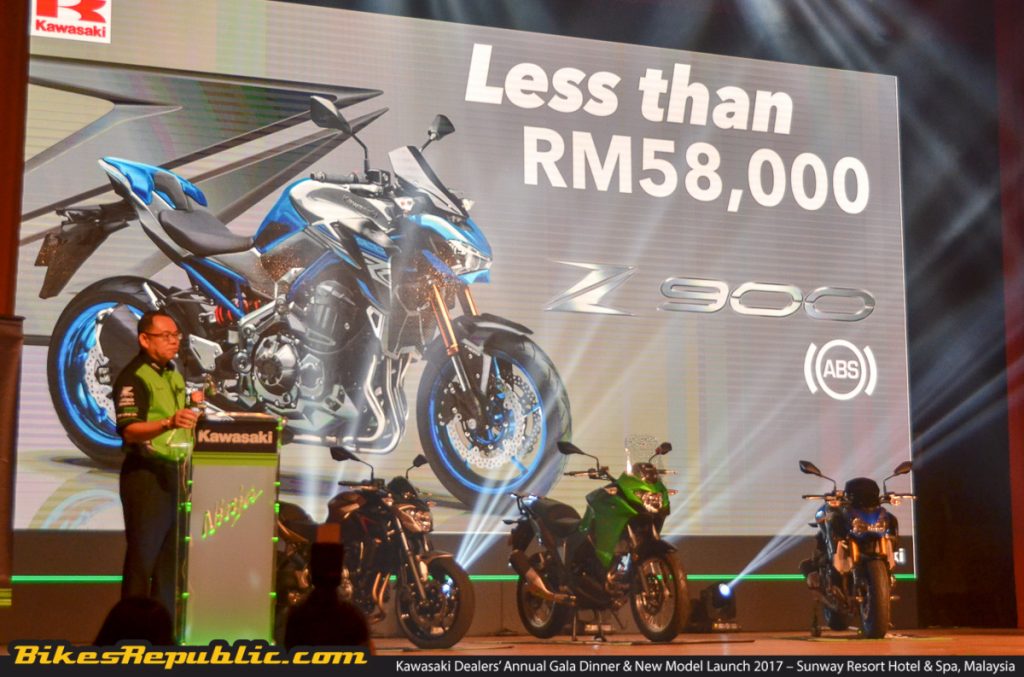